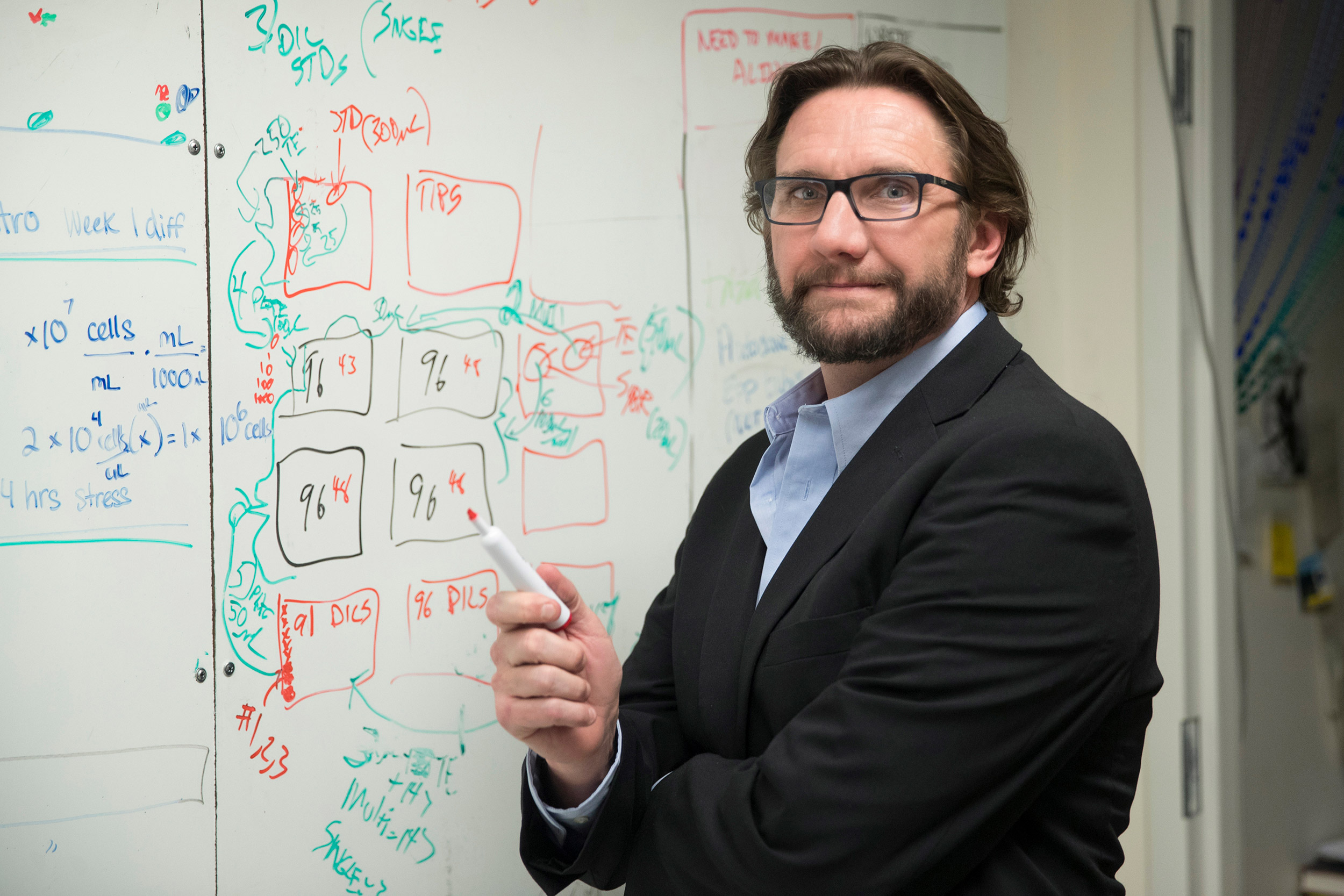 Scientists at the University of Virginia School of Medicine have identified a potential explanation for the mysterious death of specific brain cells seen in Alzheimer’s, Parkinson’s and other neurodegenerative diseases.

The new research suggests that the cells may die because of naturally occurring gene variation in brain cells that were, until recently, assumed to be genetically identical. This variation – called “somatic mosaicism” – could explain why neurons in the temporal lobe are the first to die in Alzheimer’s, for example, and why dopaminergic neurons are the first to die in Parkinson’s.

“This has been a big open question in neuroscience, particularly in various neurodegenerative diseases,” said neuroscientist Michael McConnell of UVA’s Center for Brain Immunology and Glia, or BIG. “What is this selective vulnerability? What underlies it? And so now, with our work, the hypotheses moving forward are that it could be that different regions of the brain actually have a different garden of these [variations] in young individuals and that sets up different regions for decline later in life.”

A Most Unexpected Outcome

The finding emerged unexpectedly from McConnell’s investigations into schizophrenia. It was in that context that he and his collaborators first discovered the unexpected variation in the genetic makeup of individual brain cells. That discovery may help explain not just schizophrenia, but depression, bipolar disorder, autism and other conditions.

Continuing his investigations, McConnell expected that this mosaicism would increase with age – that mutations would accumulate over time. What he and his collaborators at Johns Hopkins University found is exactly the opposite: Younger people had the most mosaicism and older people had the least.

Based on the finding, McConnell believes that the neurons with significant genetic variation, known as CNV neurons, may be the most vulnerable to dying. And that could explain the idiosyncratic death of specific neurons in different neurodegenerative diseases. People with the most CNV neurons in the temporal lobe, for example, might be likely to develop Alzheimer’s.

More work needs to be done to fully understand what’s occurring, McConnell said. So far, he has only looked at neurons in the frontal cortex of the brain, and his studies are limited by the fact that neurons can be examined only after death, so it can be hard to make direct comparisons. But he is excited to expand the scope of his research.

“Because I’m collaborating with the Lieber Institute and they have this fantastic brain bank, now I can look at individuals’ frontal cortex [for the schizophrenia research] and I can look at the temporal lobe in those same individuals,” McConnell said. “So now I can really start to map things out more carefully, building an atlas of different brain regions from many individuals.”

That research could greatly advance our understanding of both neurodegenerative diseases and the cognitive decline that besets us with age, potentially leading to new treatments.

“What’s really interesting about mosaicism is that it is fundamentally tweaking our assumptions about what nature is, because we’ve kind of always assumed that every cell in any given individual had the same genome, the same DNA in every cell,” McConnell said. “And now we’re showing that it’s different and what that might mean.”

It’s Copperhead Season in Virginia. Here Is What You Need to Know END_OF_DOCUMENT_TOKEN_TO_BE_REPLACED

What’s Next for UVA’s Class of 2022? END_OF_DOCUMENT_TOKEN_TO_BE_REPLACED