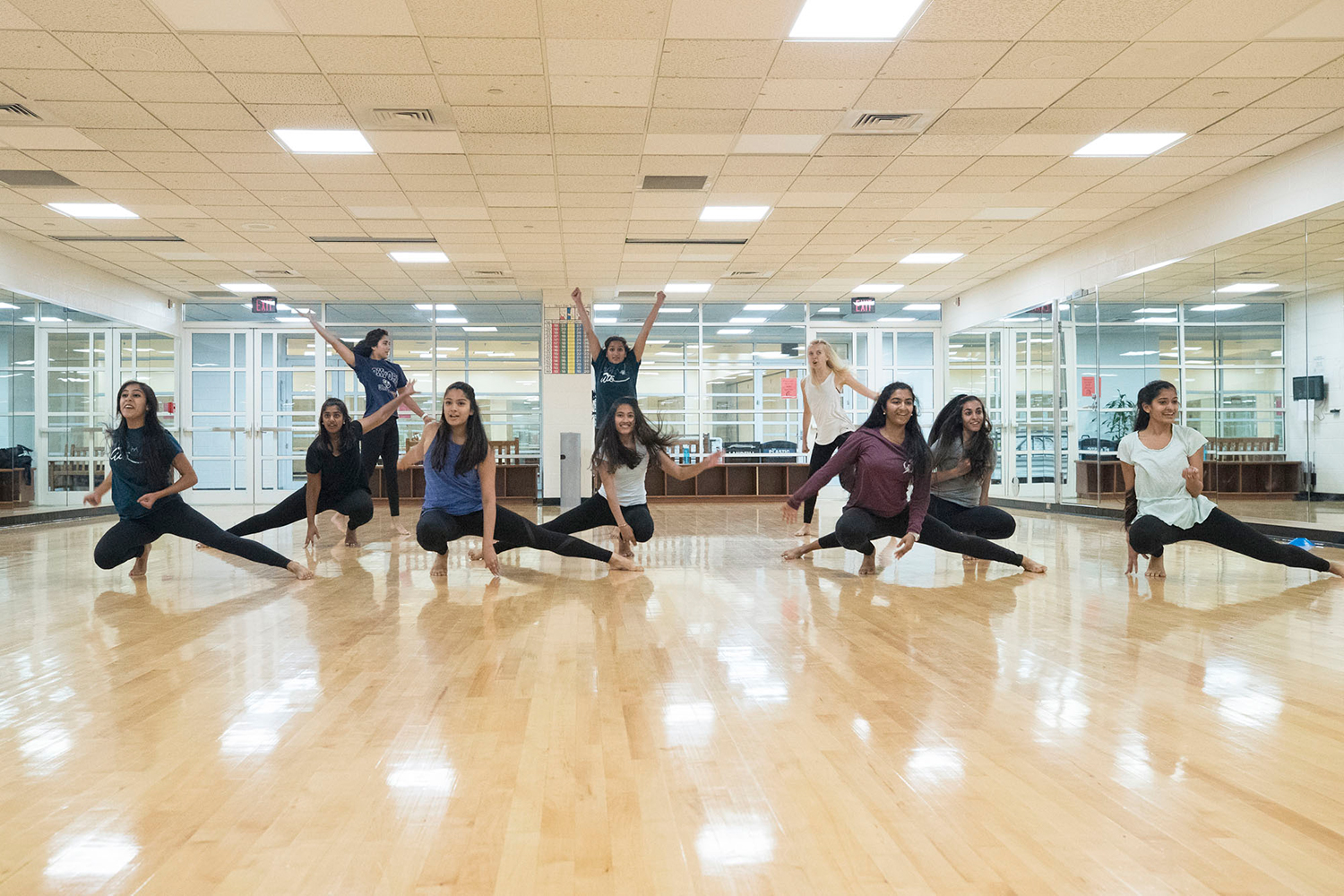 The University of Virginia is home to many different dance groups, who routinely showcase their talents on and off Grounds. But none are quite like Sharaara.

Founded in 2002, Sharaara is the University’s only all-female, nationally competitive Bollywood fusion dance team. Bollywood fusion – a combination of traditional, high-energy Indian dances, such as Bhangra and Raas, with contemporary Western dance styles, such as hip-hop – allows Sharaara the freedom to spread an important message on Grounds.

Through dance, Sharaara not only strives to break barriers when it comes to the way all-female dance groups are viewed, but its performances promote awareness of South Asian culture at the University – and all over the country.

The majority of Bollywood dance teams are co-ed; however, there are all-male teams and all-female teams, such as Sharaara. Sharaara differentiates itself in the competition circuit by adding choreography from different forms of dance, such as hip hop and other more contemporary styles.

According to Avanti Godbole, a fourth-year student and co-captain of Sharaara, “It’s harder to be recognized as a good all-girls team because having guys on the team adds something that you miss in performance. It’s hard for girls to bring the same energy and vibe to the stage as guys do because we’re not usually as tall or broad as them and take up less space on stage. So, we try to make it more empowering.”

To do this, Sharaara revamps its routines every year to send a message of female strength and solidarity. In past years, members have performed routines that focused on body image and drew from television shows such as “Nikita,” that portray strong women.

“Before, Bollywood was seen as very girly and cutesy,” said Alyzeh Umerani, another co-captain and a third-year student. “For the past couple years, we’ve been looking to break out of that cute shell and show girls as more empowering and strong. That’s one of the goals for our team – to break out of those boundaries.”

Additionally, Sharaara has served as a home-away-from-home for many incoming first-year students, offering some a sense of familiarity, while giving others the chance to try something new.

“I was on a Bollywood fusion team in Texas and was looking for something familiar,” said Inaara Malik, a first-year student and new member of Sharaara. “Joining Sharaara gave me a group of girls that I know I can always turn to. Being from out of state, this was important to me.”

In contrast, Katie Carlson, now a third-year student, had experience in jazz, tap and contemporary ballet growing up. She knew that she wanted to join a dance group at the University, and decided to try something new and experience aspects of Indian culture that she had not previously been exposed to.

“It’s college,” Carlson said. “If you’re not opening yourself up to new cultures and trying new things, then you’re not utilizing college to the fullest. You should be meeting new groups of people and learning new things.”

Utilizing the uniqueness of Bollywood fusion dance and music, Sharaara allows everyone on Grounds to experience unfamiliar cultures as well.

According to third-year student Suchi Patel, yet another co-captain of Sharaara, incorporating all these styles allows people on Grounds to connect with their performances while exposing them to South Indian dance.

“We’ve been trying to have more of a presence on Grounds,” Patel said, “because it’s important for people to see this comingling of cultures. I think that incorporating all these different traditional styles is a good way to relate to people who weren’t born into it.”

According to Godbole, aside from being an all-female dance group, that’s what’s unique about Sharaara.

Sharaara competes in the spring and is currently in the process of applying to competitions all over the country. If they win enough points in these competitions, they will be able to compete in the national competition, called “Legends.”

A Year We Will Never Forget: 2019-20 in Review END_OF_DOCUMENT_TOKEN_TO_BE_REPLACED

‘What Will You Carry With You?’ Remarks From UVA President Jim Ryan END_OF_DOCUMENT_TOKEN_TO_BE_REPLACED