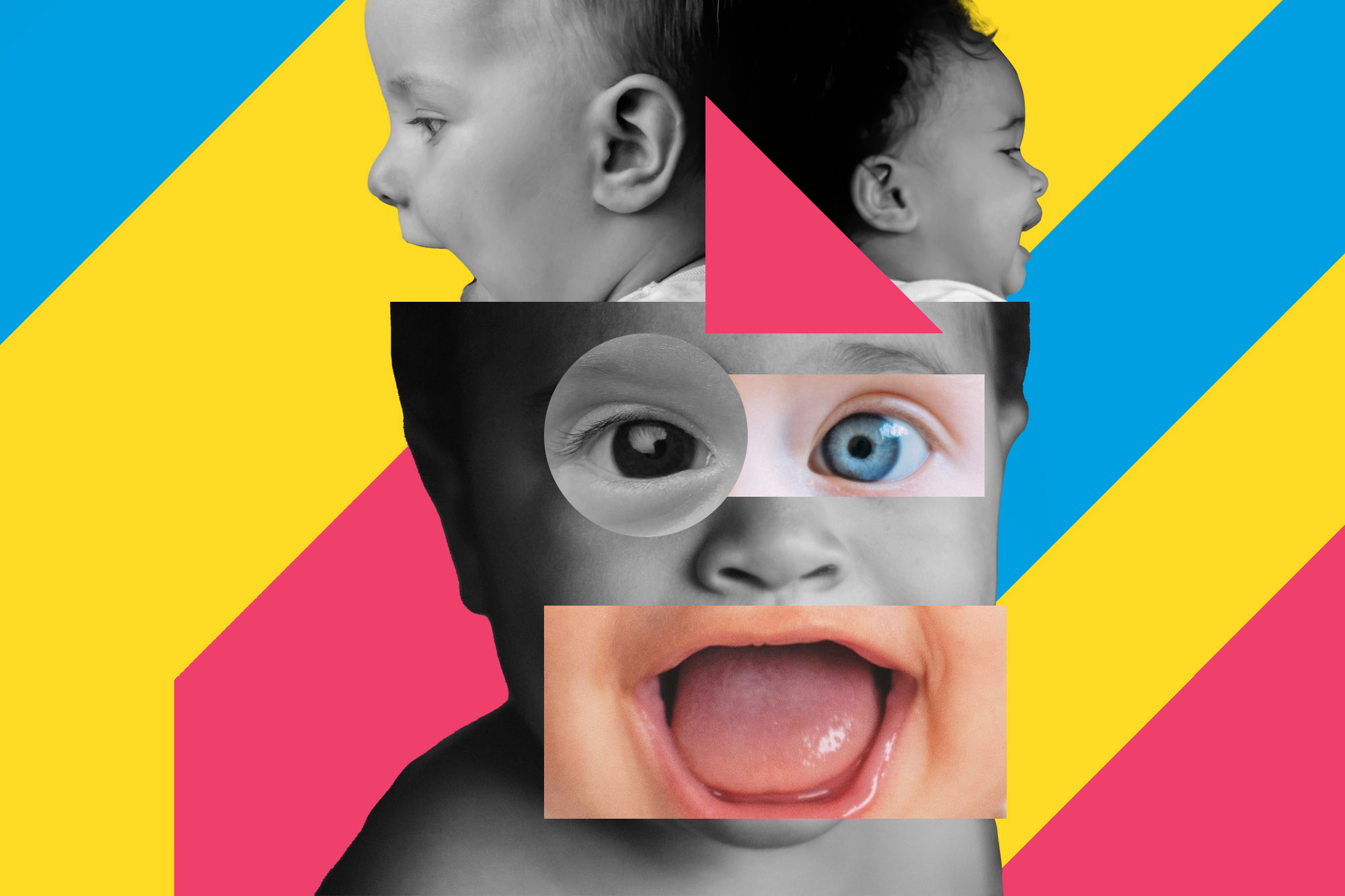 That baby who just came into your life – the cute one with the gummy grin and impossibly enticing eyes – already has some behavioral traits hardwired into her brain.

That’s according to breakthrough research from the University of Virginia and study co-author Tobias Grossmann, a professor of psychology and director of UVA’s Babylab.

Grossmann led the study, published in the journal Frontiers in Psychiatry, with Caroline Kelsey, who earned her Ph.D. at UVA and is now a research fellow in pediatrics at Boston Children’s Hospital.

The findings are deceptively simple. Through brain imaging, the team was able to see that at as early as two weeks of age, different parts of babies’ brains are already talking to each other. In scientific terms, functional connectivity already exists.

“To our knowledge, this is the first study to demonstrate that connectivity for this specific brain network develops early in human infancy and plays a role in accounting for individual differences in emerging self-regulation and control skills among infants,” Grossmann said.

The findings mean the neural connections in human brains that determine human behavioral traits are already present from birth and are unique to each individual.

By traits, Grossmann is talking about things like soothability, smiling and laughter, sadness, fear and vocal reactivity.

Grossmann and Kelsey drew from data for the study from 75 families who had their children at UVA Health in 2019 and then had periodic visits for testing at UVA’s Babylab for a couple of years.

Grossmann said these new findings have laid the groundwork for further research.

“Establishing this link basically lays the groundwork for us to do systematic work, especially longitudinal work, where we follow those infants and families throughout the course of at least the first two years of life,” he said.

His team will look to see if the early emerging traits are in fact stable and how they affect long-term development.

The new findings “might be surprising for the general public, but maybe not for someone who studies the brain and studies biology in general or human biology, because a lot of [development] has already happened in the womb,” Grossmann said.

The findings don’t mean a person’s behavioral traits are necessarily fixed. “There is a lot of plasticity [in the brain,] especially in those early years,” Grossmann said.