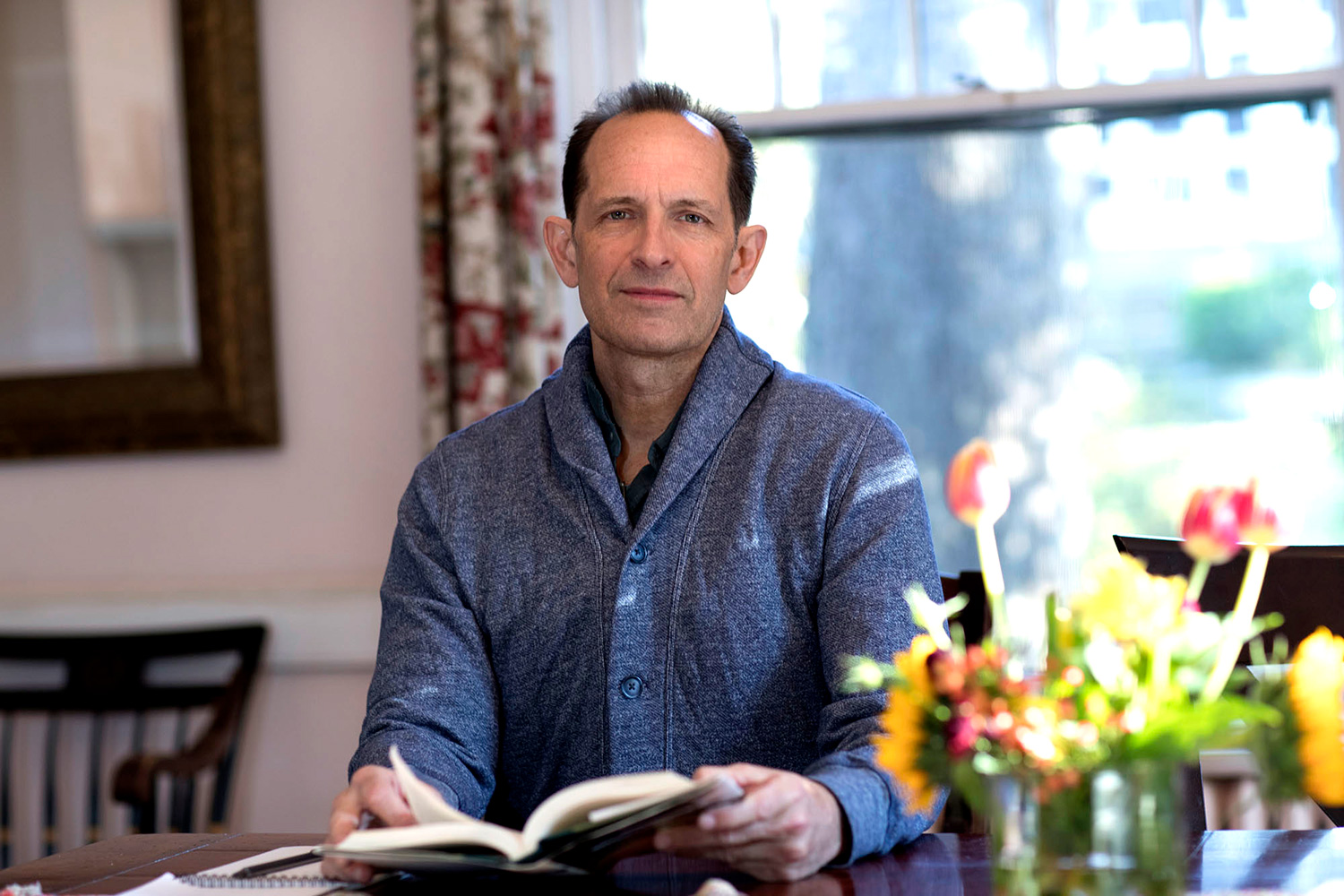 When you think about religious teaching, you might not think about farming, debates on immigration or gun control, or conducting firsthand interviews with both civil rights leaders and notorious Klansmen.

For University of Virginia religious studies professor Charles Marsh, however, each of those things tie together and feed into the Project on Lived Theology that Marsh founded 16 years ago. Today, the project, based at UVA, includes more than 400 scholars at the University and around the globe, all subscribing to the teaching philosophy outlined in a new book by Marsh and his colleagues, “Lived Theology: New Perspectives on Method, Style and Pedagogy.”

Put simply, the project aims to ensure that what is taught in religious studies classrooms is never too far removed from the day-to-day realities people of faith confront.

“Historically, much of the language we have used in the past several decades as scholars of religion has become esoteric and abstract,” Marsh said. “Part of the mission of the Project on Lived Theology is to build a bridge between the academy and the community and try to find a way for these two publics to learn from each other and speak to each other.”

Each year, the project hosts social activists and religious leaders at various conferences and events, discussing how they apply their faith to causes they care about. UVA students embark on summer internships pairing hands-on service work at farms, homeless shelters or other service organizations with one-on-one theological study with a UVA faculty member.

The project also offers hundreds of online resources on everything from teaching styles to debates about the religious implications of gun control, immigration and other hot-button issues. Civil rights is a particular focus, with an extensive digital archive offering extraordinary resources like Marsh’s interviews with famed civil rights leader John Lewis or the more infamous Sam Bowers Jr., a founder of the violent Mississippi White Knights of the Ku Klux Klan.

It’s a particularly personal topic for Marsh, who grew up as the son of a Baptist minister in a small Mississippi town plagued by racial violence.

“For me personally, the project is an expression of a fascinating 10-year pilgrimage that I made from the fairly narrow, insular academic world of my training to a deep personal reckoning with many of the haunting religious and theological questions stemming from my childhood in the Deep South,” he said.

UVA Today sat down with him to learn more about that journey.

Q. How does your own childhood inspire your work with the Project on Lived Theology?

A. My father took a position at the First Baptist Church of Laurel, Mississippi in 1967. The six years we lived there portended the last days of segregation in the South, and I was a participant in the first integrated school system in the state. I was trying to make sense of all that was happening, which became quite overwhelming at times.

Later in my graduate work, I began to think seriously and theologically about the religious conflicts and paradoxes of that time. Why were some of the same white, Southern evangelical Protestants who nurtured me in the faith and gave me a love of the Bible and of church life, nonetheless completely indifferent to, if not contentious towards, the sufferings of African-Americans under Jim Crow?

Every side of the movement, from Klansman to liberal leaders, in some way invoked God’s name and divine legitimacy. I began asking how people thought about God and why their ideas of God and church compelled them to react as they did to integration. For me, it opened an interesting, fresh way of thinking about religious questions. It also marked the beginning of the Project on Lived Theology, which is essentially making sense of how theological convictions are lived out in social existence.

Q. Outside of your personal experience, what leaders do you look to for inspiration?

A. For me personally, Dietrich Bonhoeffer [a German theologian and Nazi dissident executed for his resistance to Hitler’s regime] has been a guiding light. Bonhoeffer was erudite in ways that I can only admire. He knew five or six languages and had two doctorates by the time he was 25, but he was restless and discontented with academic life.

He came to Union Seminary in New York in 1930 looking for something authentic in his spiritual life. There, he met a man named Frank Fisher, whose father was the pastor of the 16th Street Baptist Church in Birmingham. Bonhoeffer immersed himself in a very influential African-American church in Harlem and eventually road-tripped through the deep South, driving more than 4,000 miles and stopping at rural black churches along the way. People later described his interest in black Christianity as almost obsessive, and he himself said that he heard the voice of Jesus in the church of the outcasts of America. When he returned to Berlin, he said that the experience enabled him “to make the turning from the phraseological to the real.”

I think that phrase gets at the heart of our mission. For me, Bonhoeffer’s vision gave the project its theological shape. It is a space that enables scholars, theologians and writers to make this journey back to the real.

Q. How has the project been received in academia?

A. There is certainly a sector of American intellectuals who would regard religion as a great force of division. I understand that criticism well, and in many respects it is what I think about all of the time – how a phenomenon – an energy and thought-world – that enabled the visions of people like King, Bonhoeffer, Mahatma Gandhi and many others can also justify terror and intolerance.

Nonetheless, I think this project has ignited the imagination of students and scholars. One of my graduate interns told me that when he explained the project to his colleagues, many lit up and said that it was exactly why they had begun to study religion in the first place. They – and I – believe that, beyond the intellectual fascination of the subject, there is a real power and energy to heal social division, which we need now more than ever.

I’m biased, but I truly believe that UVA is America’s great leadership university. Students here go into every sector of leadership in American public life – government, law, medicine, social work, ministry, academia, the arts and more. It is my great privilege to introduce these students to not only important stories about the way religious communities have forged campaigns for social justice, but to individual men and women who exemplify authenticity of religious life.

What’s Next for UVA’s Class of 2022? END_OF_DOCUMENT_TOKEN_TO_BE_REPLACED