Carrying On Edwards’ Legacy, Nursing School Meets Patients Where They Are 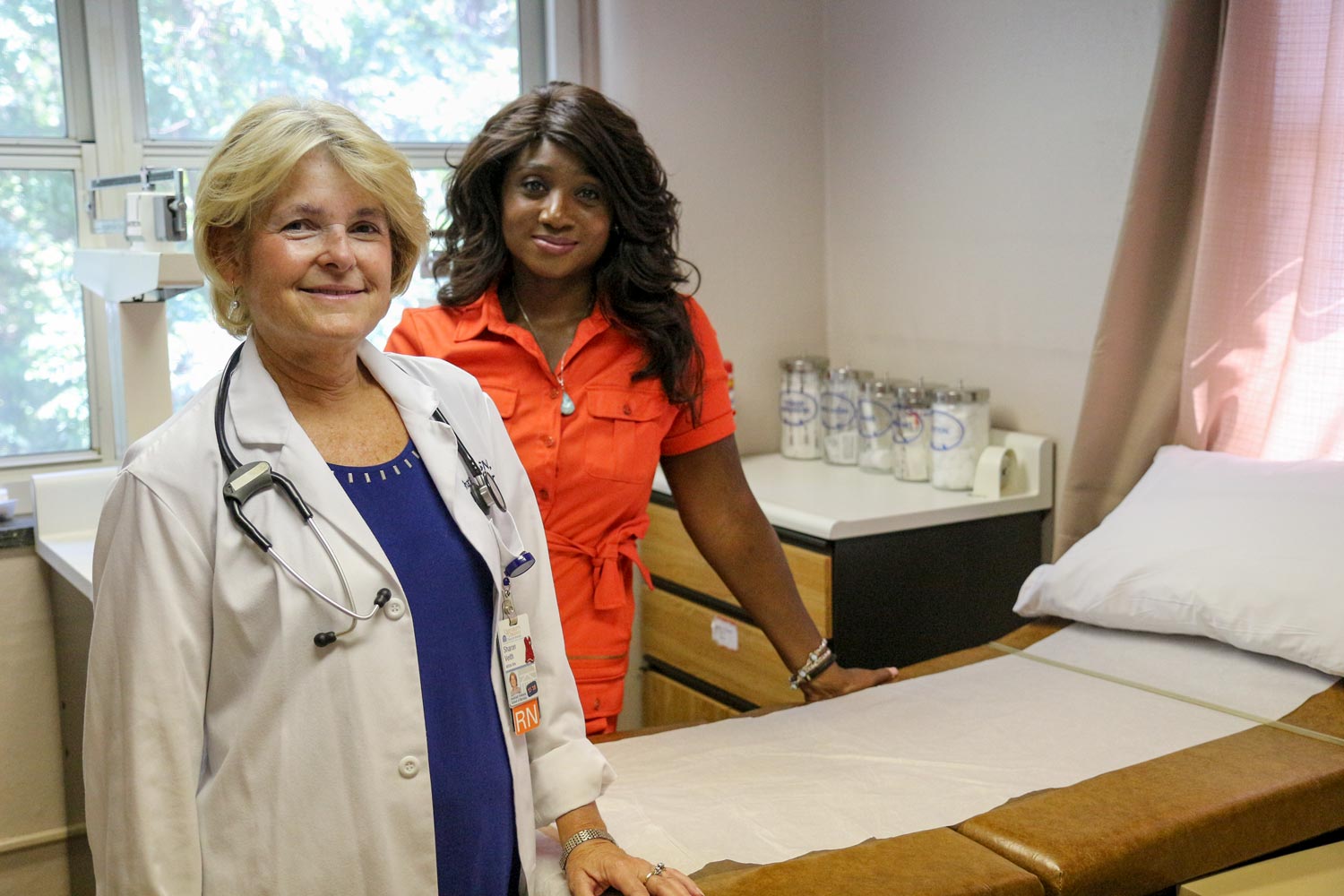 This fall, a new face is circulating in a familiar role for residents of the Westhaven and Crescent Hall communities.

Thanks to a coalition of residents, area clinicians, University of Virginia School of Nursing faculty, and to the generosity of local philanthropists Patricia and Keith Woodard, a full-time community health nurse is once again embedded within these two Charlottesville neighborhoods.

Carrying on the legacy of the late clinical nursing instructor Holly Edwards, who cared for residents’ physical and spiritual needs for more than a dozen years, community health nurse Sharon Veith has begun seeing patients at Westhaven’s clinic, on Hardy Drive, which she reopened in late August. Plans are also in the works to reopen the Crescent Hall-based clinic.

At the clinic, Veith, an assistant professor of nursing, will offer a variety of care and support to Westhaven residents, including health screenings, monitoring and support for chronic health conditions, and guidance and referrals for food, housing, mental health and other needed resources. She’s also conducting home visits for residents with mobility issues.

“This important work is continuing because of the model set by individuals who came before,” said Dorrie Fontaine, dean of the School of Nursing, “as well as our resident partners who inform the manner in which Sharon, our nursing students, and many others, will offer care.”

The Nursing School’s relationship with the clinics first began in the early 1990s, when a severe shortage of primary care providers resulted in a lack of basic health services for underserved communities and uninsured people. Then-assistant professor of nursing Doris Glick – in collaboration with local community, city and county leaders – garnered a $1.2 million Department of Health and Human Services grant to establish primary care nursing services for Charlottesville, Albemarle and Greene County residents, in an effort that crossed boundaries of race, gender, age and ability.

Hoping to improve residents’ health and reduce their trips to emergency rooms for routine care, the expanded Crescent Hall clinic (sporadically open since the early ’80s, and initially run out of a closet) opened in 1993, while Westhaven’s clinic and Greene County’s “health cottage” opened the following year.

While the model proved a success – by 1999, more than 84 percent of Crescent Hall’s residents used the clinic regularly, Glick reported – the grant expired in the early 2000s.

At that point, Edwards proffered a new kind of care: that of the parish nurse who continued to serve as a resource to residents’ spiritual and health needs while always aiming to, as Edwards often said, “meet people where they are.” 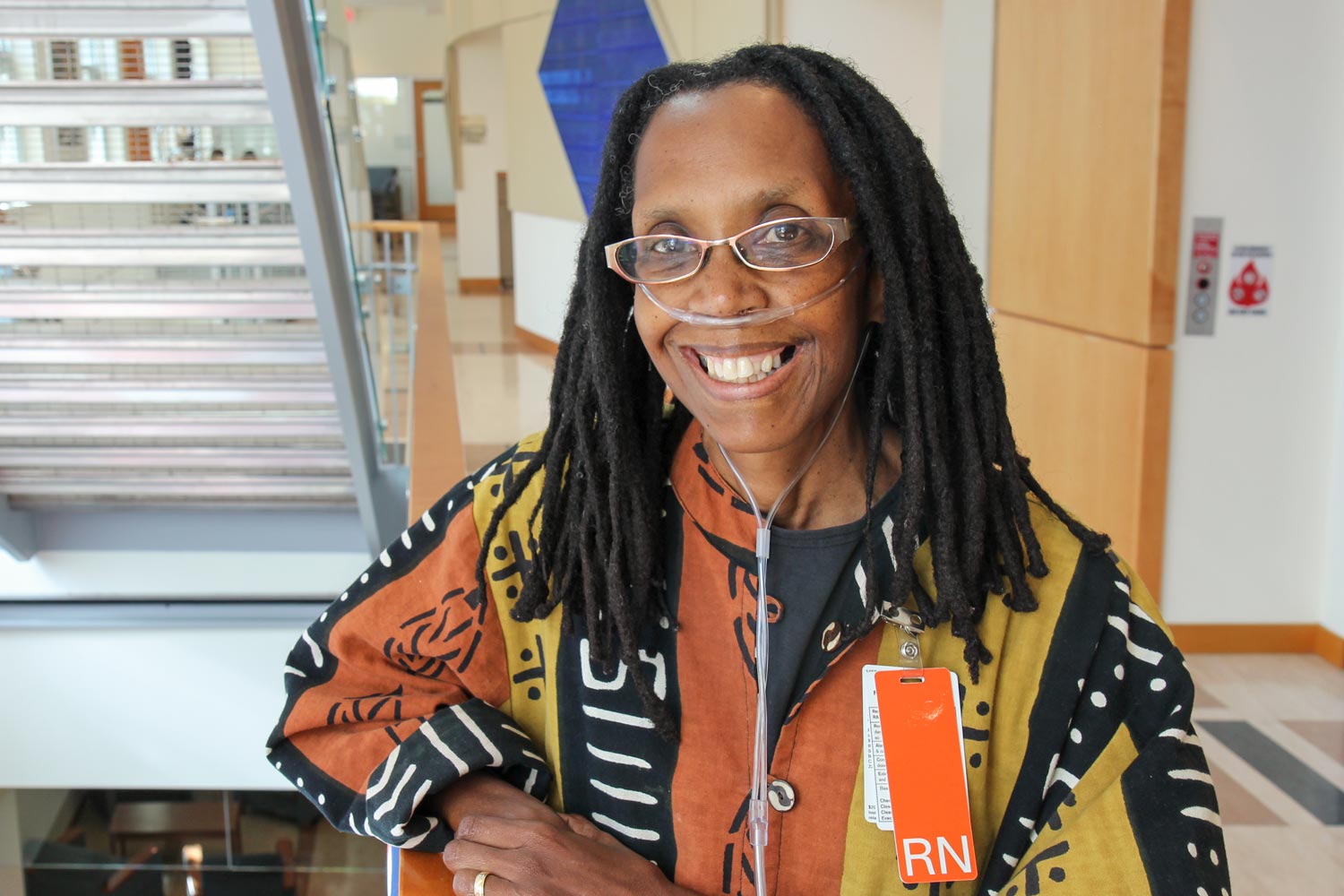 In addition, Edwards – who served as a Charlottesville city councilor from 2008 to 2011, and vice mayor during the final two years of her term, while earning her Ph.D. in nursing from UVA in 2017 – mentored dozens of nursing students, whose community health clinical rotations took place at the clinics under her guidance and supervision.

Today, the partnership Edwards inspired continues under Camille Burnett, an associate professor and the Nursing School’s academic director of community engagement and partnerships, who, with Veith, reopened the Westhaven and Crescent Halls clinics in August.

“While ours is a community partnership,” Burnett said, “the school has been a key leader, and now is able to support the return of a full-time nurse to the clinic.”