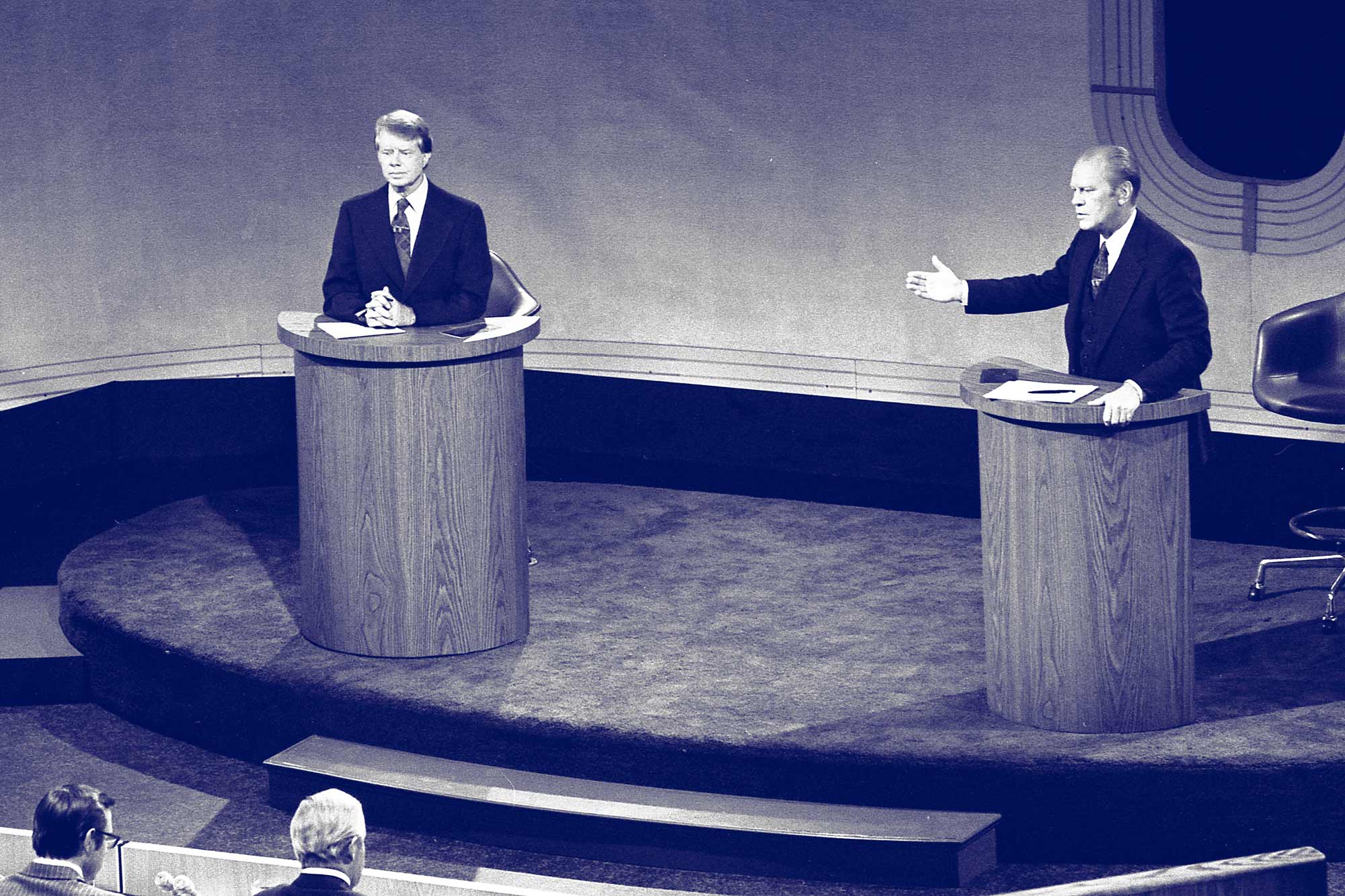 The University of Virginia Center for Politics’ latest documentary, “Feeling Good About America: The 1976 Presidential Election,” won an Emmy Award for best historical documentary from the National Academy of Television Arts and Sciences. The award was announced Saturday at the 59th Capital Emmy Awards in Bethesda, Maryland.

This is the third Emmy Award won by the Center for Politics and Community Idea Stations, which regularly partner to produce documentary films for public television on American politics and history.

Directed by Paul Tait Roberts and produced by the center’s director, UVA professor Larry J. Sabato, “Feeling Good About America” is a one-hour documentary that examines the 1976 presidential election. The ’76 election took place in the aftermath of a very turbulent period that featured the Vietnam War and the Watergate scandal. But a new feeling was sweeping coast to coast as people pulled together to celebrate the nation’s bicentennial and to select a new president who could help close the book on an awful decade.

“Feeling Good About America” tells the story of the 1976 presidential election where then-former California Gov. Ronald Reagan, little-known former Georgia Gov. Jimmy Carter and incumbent President Gerald Ford battled for the nation’s highest office. Through interviews with Walter Mondale, Jack Ford, Zbigniew Brzezinski, Stuart K. Spencer and many others, the film shows how Reagan took his fight for the Republican nomination all the way to the Republican National Convention; how Ford tried to harness the positive energy of the bicentennial to win a full term in the White House; and how Carter charmed America by courting the rock ’n’ roll vote and playing off his Southern heritage.

A trailer for “Feeling Good About America” is available here. The full documentary is now available on YouTube.

This is the center’s third Emmy Award. In 2013, its film, “Out of Order: Civility in Politics,” which explores gridlock and hyper-partisanship in Congress, won best topical documentary. In 2014, it won best historical documentary for “The Kennedy Half Century.” In 2015, Sabato’s massive open online course, also entitled “The Kennedy Half Century,” was the first such course to be nominated by the National Academy for an Emmy for best instructional programming.

The Center for Politics and Community Idea Stations are currently working on a new documentary marking the 100th anniversary of the birth of John F. Kennedy and the pending October release of all previously sealed, assassination-related records by the National Archives. The new film, “This Is The House That Jack Built,” will be released nationwide this fall.

Monkeypox Is Spreading, But University’s Risk Believed To Be Low END_OF_DOCUMENT_TOKEN_TO_BE_REPLACED

Q&A: Assessing the Risks and Rewards of Pelosi’s Plan to Visit Taiwan END_OF_DOCUMENT_TOKEN_TO_BE_REPLACED

These Giant Wind Turbines, Inspired by Palm Trees, May Be the Future of Renewable Energy END_OF_DOCUMENT_TOKEN_TO_BE_REPLACED