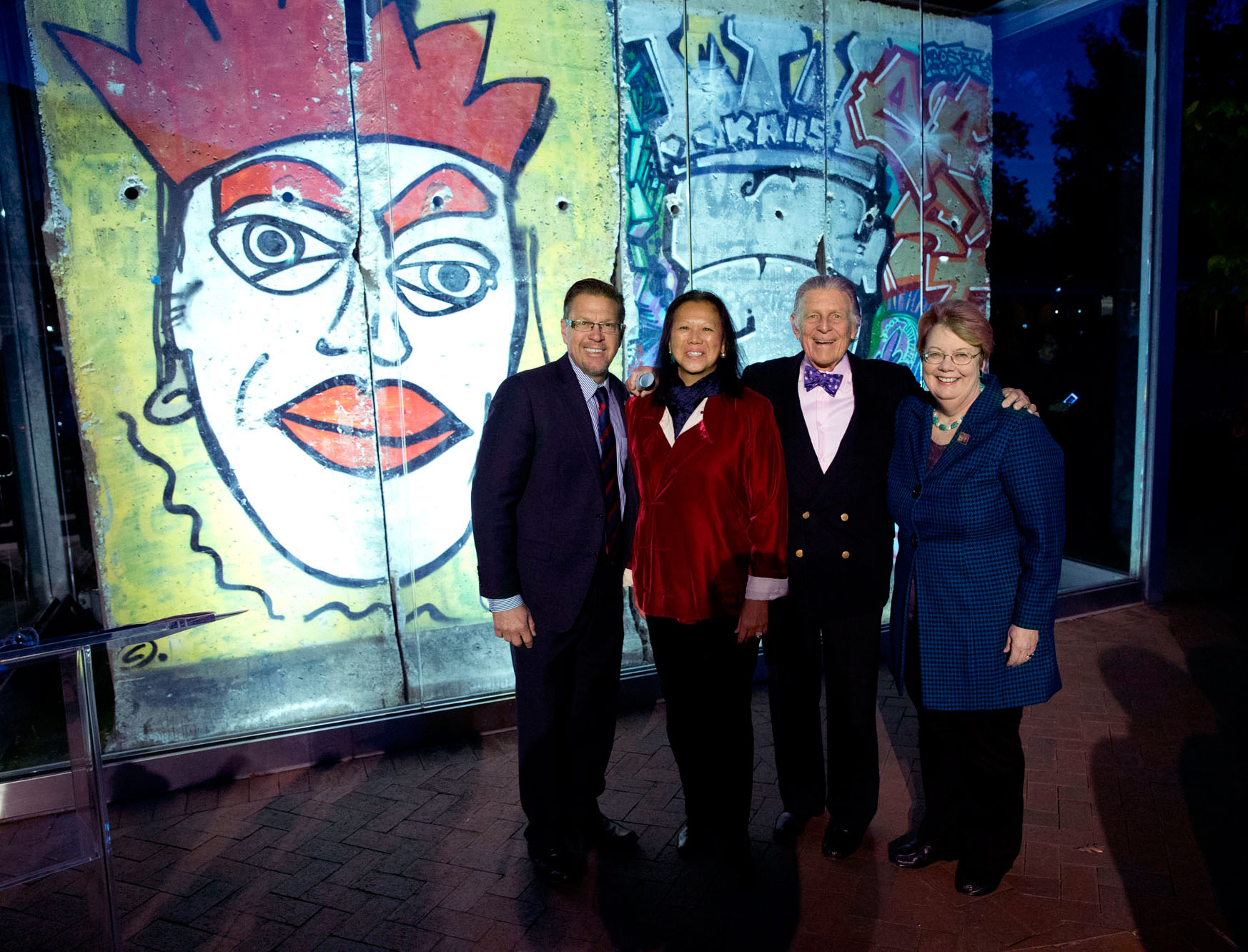 The University of Virginia celebrated the historical, political and cultural implications of the fall of Berlin Wall last week, remembering the 25th anniversary of the wall’s dismantling. Hosting students, community members and visitors, The Berlin Wall Symposium featured events that reflected on the Cold War tension embedded in the wall and world developments in the 25 years since its fall.

The symposium featured numerous events, including five Virginia Film Festival showings, lectures and discussions by Cold War and Berlin Wall experts and artists and an undergraduate contest encouraging creative expressions from students, titled “The Fall of the Wall.”

“The Berlin Wall Symposium provided a wonderful platform to engage faculty, students and our entire community,” said Jody Kielbasa, U.Va.’s vice provost for the arts. “The process of planning this symposium has served as yet another reminder of the incredible creative and intellectual resources we have here at the University of Virginia.”

The culmination of the week’s events was the 25th Anniversary Ceremony and Moment of Remembrance at the Berlin Wall at U.Va, hosted Sunday evening at the Berlin Wall exhibit adjacent to Alderman Library and the Albert and Shirley Small Special Collections Library.

In April, U.Va. unveiled four panels from the Berlin Wall loaned by Oklahoma City based art collectors Robert and MeiLi Hefner, founders of the Robert & MeiLi Hefner Foundation and The Hefner Collection.

The history of the four panels of the wall are as great as the panels themselves. Measuring a total of 16 feet in length and 12 feet in height and weighing 8,818 pounds, the sections feature graffiti murals titled the “Kings of Freedom,” by West German artist Dennis Kaun.

Kaun’s images, painted on the West German side of the wall, display images of a colorful king depicting freedom beside a drab, blindfolded king who is ignorant to the desires of his people.

Hefner negotiated the purchase of the panels in 1990, understanding the cultural and artistic significance they held.

“We are very fortunate to have this piece of history that stands before us this evening,” U.Va. President Teresa A. Sullivan said. “Through their generosity and the initiatives of their foundation, the Hefners have worked to improve understanding of global relationships, promote education and cross-cultural awareness, and advance peace across the world.”

Sullivan added, “Since last spring, this Berlin Wall installation has been a source of both academic instruction and personal inspiration for our students, faculty and staff, as well as community members.”

Gisela Richards, who lived in West Germany in the 1980s, recalled her memory of the fall. “I was studying in Munich when the wall came down,” she said. “You can’t imagine [what it was like]. As a student, that was the event. There were celebrations everywhere. It was incredible.

“I’m very impressed and astonished that this is something that is celebrated,” Richards said, recounting the fear that the wall once instilled in many.

“[The panels] serve as a wonderful meeting place for the proliferation of ideas, arts, creativity, personal expression, fun, laughter and life,” Hefner said. “But let’s never forget that these pieces of the wall are also a reminder to us that our rights of freedom and liberty must always be protected by our collective will that they shall remain inalienable.”

For each of the speakers, the political revolution that accompanied the fall of the Berlin Wall embodies the pursuit of freedom and justice that Thomas Jefferson idealized. “The Berlin Wall was torn down by people who were acting on the principles of freedom and human rights,” Sullivan said. “Therefore it’s very appropriate that a portion of the Berlin Wall has stood at the university of Thomas Jefferson, who defined a new republic based on those very principles more than 200 years ago.”

Hefner concurred. “What makes this celebration that we’re enjoying truly seminal,” he said, “is that we’re here today on the grounds of Thomas Jefferson’s dream come true and that our celebration’s emphasis is on the arts, ideas, creativity, personal expression – the forces that well up under freedom and liberty and wither away under tyranny.”

What Is the ‘4th Side’? END_OF_DOCUMENT_TOKEN_TO_BE_REPLACED