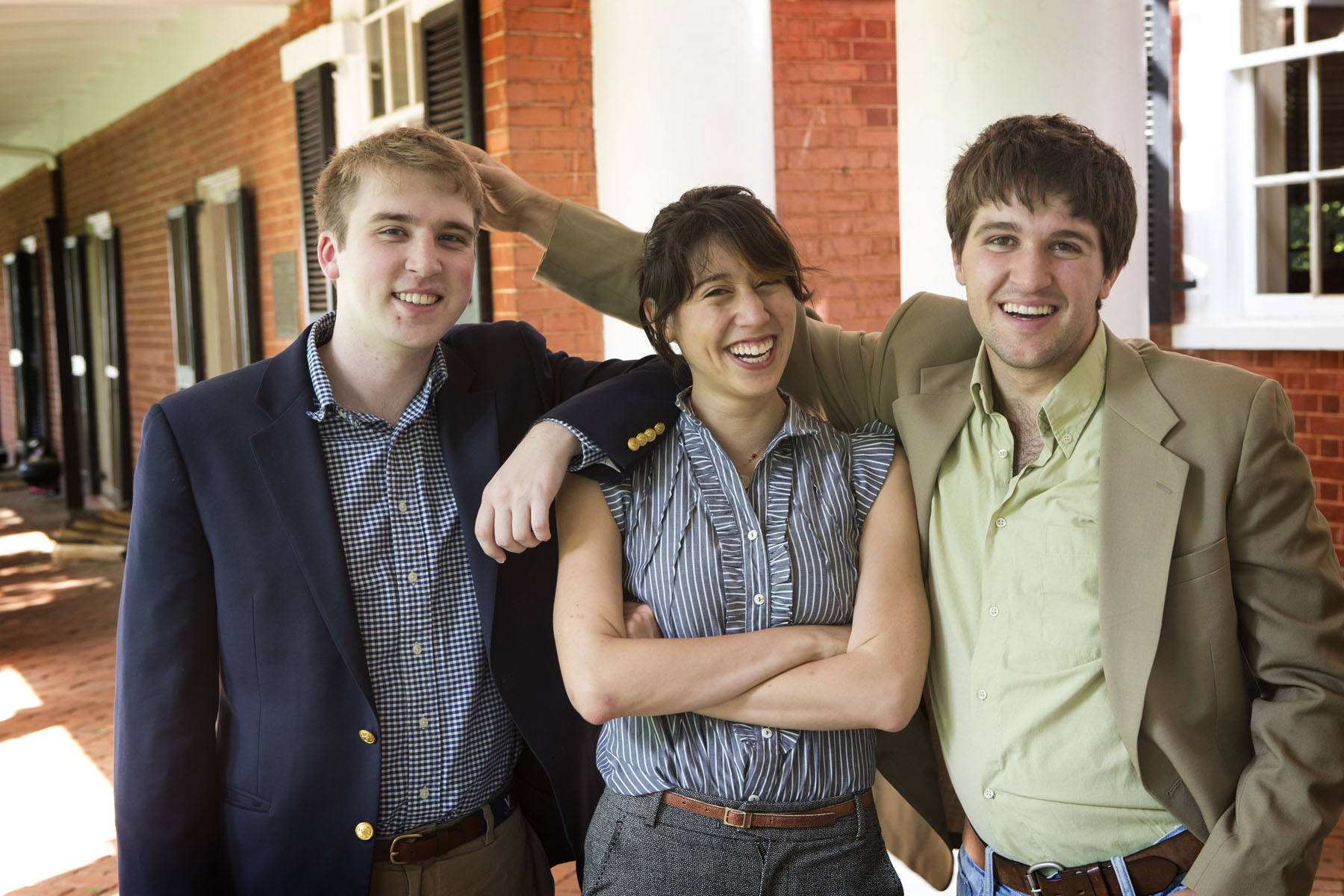 Whooping cough infects 30 million to 50 million people a year globally and kills about 300,000, mostly children in developing nations. Thousands of those deaths could be prevented annually with a new type of diagnostic test envisioned by a team of University of Virginia undergraduate students that employs some clever genetic engineering that piggybacks on the biological indicator process of home pregnancy tests, which are inexpensive, provide fast results and have a long shelf life.

The patent-pending idea clearly has promise. It already won the top prize of $20,000 at this year’s U.Va. Entrepreneurship Cup and took regional honors at an international genetic engineering competition.

But transforming the idea into a usable medical device involves a series of hurdles, from meeting a series of benchmarks in laboratory testing to attracting investment and navigating the FDA approval process, said the team's faculty adviser, Kim Kelly, associate professor of biomedical engineering in the School of Medicine and a diagnostics expert. The process will require at least three to five years.

Three graduating students from the team – Alex Zorychta, Shaun Moshasha and Rachel Smith – have opted to dedicate the next year to that process. In the coming year, the team aims to complete a proof of concept in the laboratory and begin assessing commercialization options. The team, which dubbed its test “PhageFlag,” is a finalist for a $100,000 Coulter Translational Research Grant, which U.Va. awards annually in June to help translate research into commercial products.

“I decided to commit to this because it is a phenomenal once-in-a-lifetime opportunity,” said Zorychta, a biomedical engineering major in the School of Engineering and Applied Science who otherwise would be taking a well-paid job in the biotechnology industry or pursuing graduate studies.

The idea behind the new test has the potential to go “very far,” said Moshasha, a double major in chemistry and physics in the College of Arts & Sciences and the team’s “business guy,” who helped launch its entrepreneurial brainstorming and co-led the team’s winning presentation at the Entrepreneurship Cup competition. He expects to be better prepared to help manage the business if it does take off after he spends the coming year in the one-year Master in Commerce degree program at the McIntire School of Commerce.

“Even without the master’s program, the experience of developing a product, both in the lab and in the marketplace, is invaluable and will teach me much more than I would ever have been able to learn working for a company,” Moshasha said.

The test utilizes clever genetic engineering to piggyback on the biological indicator process of home pregnancy tests, melding that indicator with bacteriophages, viruses that infect only a specific bacteria, much like a key only fits one lock.

In practice, a patient would cough into a sample tube containing the diagnostic phages, Moshasha explained. After a few hours, the sample would be added to a pregnancy test, which would only be positive if the patient had expelled the target bacteria, Bordetella pertussis, that causes whooping cough.

The test will initially target whooping cough, but the basic design can be adapted “very easily” to detect any bacterial disease present in the saliva, including tuberculosis, chlamydia, gonorrhea, Lyme disease and MRSA, a deadly flesh-eating bacteria that is resistant to typical antibiotics, said team member Rachel Smith, a fourth-year biomedical engineering major and Jefferson Scholar.

Piggybacking on over-the-counter pregnancy tests, which cost less than $1 apiece to produce, allows the test to be simple, low-tech, durable, low-cost and accurate, requiring no refrigeration or laboratory processing, with a shelf life of years, Moshasha said. Those qualities make it ideal for use in Africa, South Asia and other developing regions that suffer from the great majority of the worldwide disease burden from bacterial infections like tuberculosis and whooping cough.

“This is the kind of brilliant idea you don’t see very often. This changes diagnostics if it works,” said Entrepreneurship Cup judge and sponsor Rob Patzig at the event’s awards ceremony in November. Patzig is senior managing director and chief investment officer at Third Security, a Virginia-based venture capital firm that focuses on life sciences investing. “The moment you said this, it’s so completely obvious that this is a smart way to do diagnostics using phages, I cannot believe no one’s ever done this before.”

If all goes well, in three to five years the test could be deployed in the field, saving lives, said Kelly, who is one of six faculty advisers to the team along with faculty in biology, chemical engineering, biomedical engineering and pharmacology.

“This team is a complete embodiment of the U.Va. experience,” Kelly said. “The team members are multi-disciplinary, with chemistry, physics, biology and biomedical engineering majors. They sought out faculty advisers from across schools and disciplines. They are brilliant ambassadors for their idea, and they are working to translate the research into a product that will impact the world.”

Meet the New Cavalier on Horseback: She’s Eager To ‘Carry On a Legacy’ END_OF_DOCUMENT_TOKEN_TO_BE_REPLACED

Monkeypox Is Spreading, But University’s Risk Believed To Be Low END_OF_DOCUMENT_TOKEN_TO_BE_REPLACED

Virginia Football – For All Virginia END_OF_DOCUMENT_TOKEN_TO_BE_REPLACED