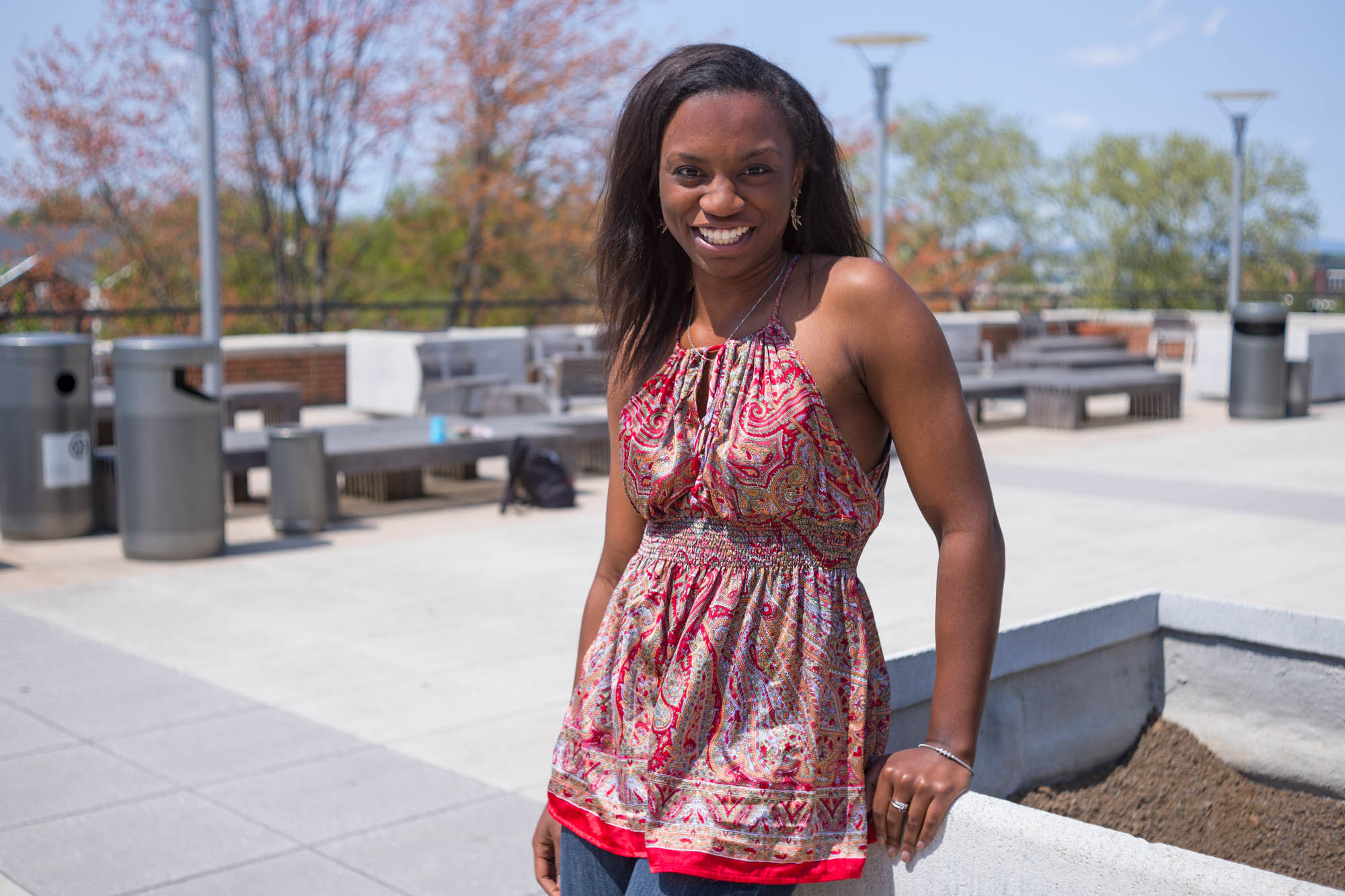 U.Va. student Shantell Bingham will graduate May 16 and proceed to the School of Medicine&amp;rsquo;s one-year master&amp;rsquo;s in public health program in the fall.

“Growing for Change” is fourth-year University of Virginia student Shantell Bingham’s $10,000 grant project for her Dalai Lama Fellowship, which starts this fall. It could also describe her undergraduate career.

The global public health major will graduate May 16 with a minor in art and proceed to the School of Medicine’s one-year master’s degree program in public health in the fall.

Originally recruited to U.Va. as a track and field athlete, Bingham, who hails from Burlington, North Carolina, planned a pre-medical education and soon decided to give up athletics to devote herself to her academic studies. Several experiences led her to change her focus to public health issues and education, locally and globally, although she didn’t want to give up art entirely.

As a first-year student, Bingham coached a local youth soccer team, where she met the girl she would formally mentor when volunteering with Madison House’s Bridging the Gap program during her second year.

“I love this program for mentoring refugee kids,” said Bingham, who directs Bridging the Gap this year. With their parents often working long hours, the children don’t usually have the opportunity to pursue extracurricular activities, she said. Student volunteers help the refugee youth by doing things such as taking them to, or supporting them at, sports games or music events.

Bingham has maintained her relationship with her Tanzanian mentee, now 14. They like to take walks together, often taking photos, a common interest that she has nurtured and shared with the teen.

“Mostly, I’ve been someone she can talk to and be an emotional support for,” Bingham said, adding that the girl’s family has had a rough time between the refugee camp and the transition to American life.

In her second year, Bingham also took a medical service trip during the January term to Nicaragua and Costa Rica, where the group helped staff health clinics. That piqued her interest in community-oriented public health, and she decided to apply for U.Va.’s Global Development Studies program, concentrating in the public health path.

She has combined her desire to bridge barriers that impede education and community connections with her passion for art. A member of the Student Global AIDS Campaign, she participates in art therapy nights and a family camp on spring weekends with the Ryan White Clinic. Last summer, she completed a photography project, going to Westhaven, a Charlottesville public housing neighborhood, and the Southwood Mobile Home Park, home to many immigrants in Albemarle County. Some of her photos are on display in Clemons Library.

Bingham said being in the Global Development Studies program encouraged her to think about ways she could “connect with the world, be helpful and have cross-cultural experiences.” She credits the faculty in the program for the support they give to students, and have given to her.

“Shantell was an exceptionally imaginative social thinker, quick to see the point of someone else’s critical insight, quick to develop an alternative possibility in discussion,” said Richard Handler, director of the Global Development Studies program, who taught Bingham in one of the program’s core courses. “She came to class ready to listen and absorb, but also ready to contribute. I had the sense that she took great delight in learning to think in new ways.”

Her group decided to investigate youth perceptions of “matric” – a final exam given to high school seniors in South Africa. “This exam determines if you will be able to apply to college and pursue higher education,” she said. Her team concentrated on Khayelitsha, where the high school dropout rate is 50 percent, she said.

With the support of a Minerva Award from the College Council at U.Va., she’ll return to Cape Town for six weeks this summer to conduct research with Colvin, head of Social and Behavioral Science at the University of Cape Town, on the sense of “school belonging” among South African teenagers in Zweletemba, bringing photography into the process.

“Specifically, I hope to gain understanding on how black township culture has influenced youths’ perceptions of barriers and opportunities for educational success by using photography as a means for participants to articulate their ideas on the built and social environment of their neighborhoods,” she said.

As for that “Growing for Change” grant project, Bingham and fellow student Artem Demchenko, from the School of Architecture, proposed a community initiative with Westhaven residents to design and build gardens in limited spaces, also encouraging healthy lifestyles. They’ll put together a team of students to work on the project through next year.

Bingham said she liked the idea of not only working with the local community again, but also working across student networks and academic disciplines.

“My experiences at U.Va. have been far more than I could’ve imagined, especially going to foreign countries,” she said. “Bridging the Gap and research in South Africa have truly impacted my perceptions on life in so many ways. But I think what’s most important is realizing the privilege of obtaining an education – the opportunities and mobility it can offer. It’s a pricey good that truly has power and economic leverage and not everyone has access to it.

“For me, understanding the who, what, when and why of educational success is what has driven me to continue my education and research. My hopes are to uncover the full narrative of academic success from multiple perspectives so that we may take the proper action to close achievement gaps and expand access.”