Class of 2015: A Tennis Pro’s Journey From One Historic Lawn to Another 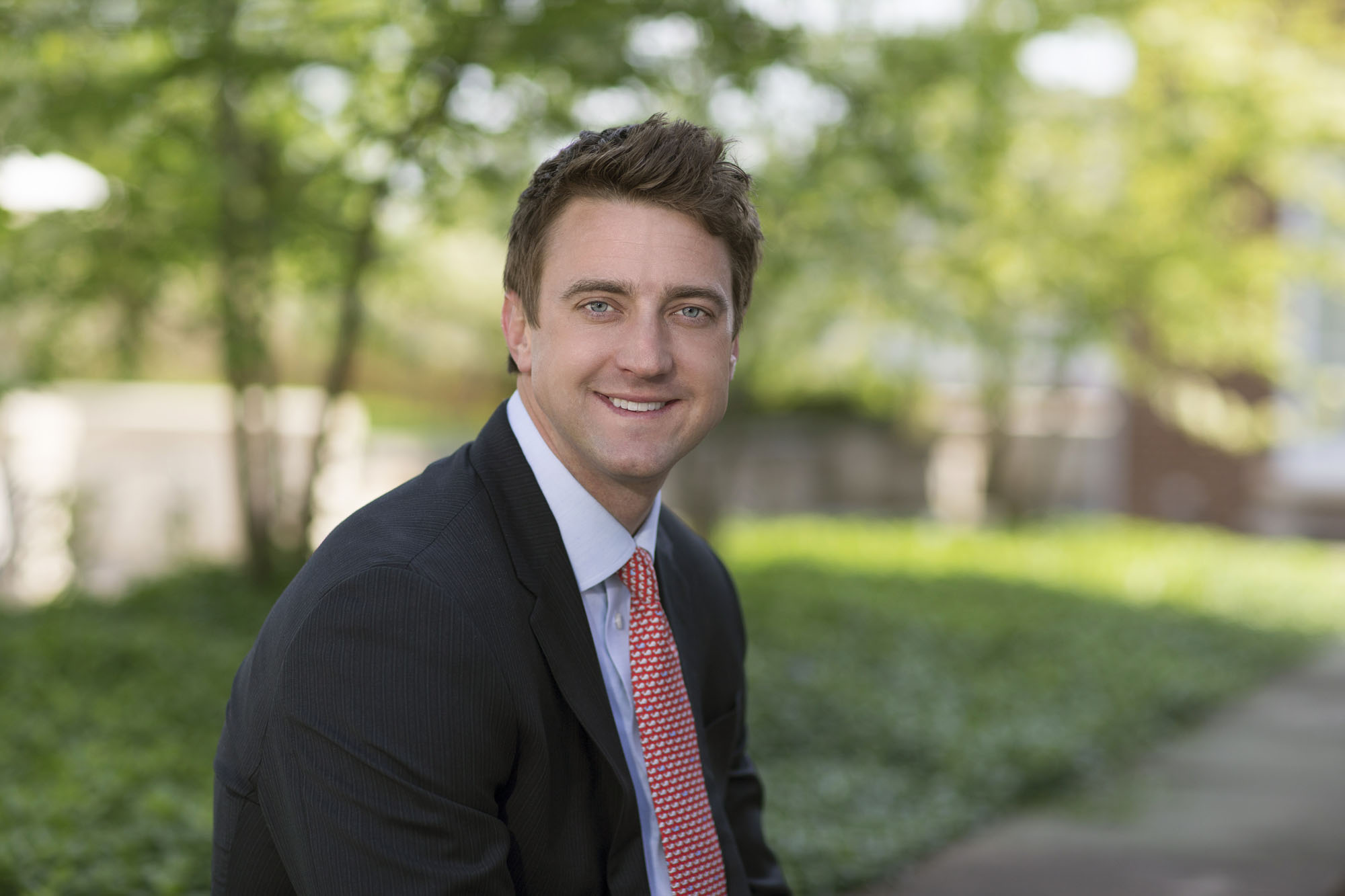 One of the highlights of Brendan Evan’s life so far came on the lawn.

Evans was 18 when he won the doubles title at the 2004 Wimbledon Junior Championships, played on the tennis world’s most famous lawn courts. He played on Wimbledon’s grass courts six more times in the course of his professional tennis career. In 2010, he advanced to the second round and was just two games shy of beating Albert Montañés, then the No. 28 player in the world.

Evans, who will graduate from the University of Virginia’s McIntire School of Commerce on May 17, said that match “was both one of the best highlights of my career and also the worst.” He had played so well against an elite global competitor, but so narrowly missed the opportunity to advance and play top-ranked Novak Djokovic on Centre Court.

Sidelined after that match with chronic injuries, Evans began considering his education. After entering professional tennis at 15, he was homeschooled at his Florida training center. His adolescence was an intricate jigsaw puzzle of classes, practices, workouts and homework, all completed while traveling the globe for matches against some of the world’s best players, including big-name opponents like Andy Roddick and Rafael Nadal.

“It was a lot of growing up to do very quickly,” Evans said of going on tour. “It was really fun, but it is also a hard life because you are living out of a suitcase, away from your family and staying in hotels 40 weeks out of the year.

“I loved it because I loved competing, but eventually it wore on me,” he said. “Every day, your success and eventually your happiness is based on whether you are better than the guy across the net from you, every single day. You can imagine how it fluctuates, not only your success, but also your view of yourself and your happiness.”

At 24, Evans closed the book on his nine-year professional career and turned to a new dream: a great college education.

“Then I realized I really wanted the college experience,” he said. “I wanted to go to a college town with a great campus, a great business school and somewhere where I would not be totally cut off from great tennis, because, since age 12, tennis had been almost everything in my life.”

U.Va., with its historic Academical Village, a well-regarded undergraduate business school and a highly ranked men’s tennis team that all consistently lead national rankings, fit the bill. He applied and was accepted.

Accordingly, along with thousands of 18-year-olds, Evans moved into his dormitory and began his second career as a student, armed with the same formidable work ethic that served him so well on the tennis court.

“That first week, I freaked out a bit,” he admitted. “Learning how to study again was a big adjustment.”

Still, Evans knew that he would be fine. Professional tennis had inured him to challenges. He had been detained in an Eastern European jail after a misunderstanding at immigration, fended for himself for four days in Morocco at age 15 and played three-hour matches in 110-degree heat. At least this time, his challenges came in an air-conditioned classroom.

“You learn to deal with adversity,” he said. “I always believe I can find a way to get through something.”

Evans retaught himself algebra while taking calculus and learned statistics online to keep up in finance and economics classes. He went to faculty members’ office hours every day they were offered to ask questions and get to know his professors – a habit that led to strong faculty relationships from his first year onward.

By his third year, Evans had earned admission to the Commerce School, seeking out challenging courses like “The Analyst’s Edge,” taught remotely to six selected students by global hedge fund executive and Board of Visitors member John Griffin.

“I fell in love with finance and tried to take those hard classes and push myself,” Evans said. “The Commerce School gave me so many opportunities that I would not have gotten anywhere else.”

Outside of class, Evans continued a habit of volunteering that began on tour when players visited schools, hospitals and charities in host cities. Evans loved that part of the tour and sought out similar opportunities in Charlottesville, eventually directing the Madison House Cavs in the Classroom tutoring program.

Some of the less glamorous aspects of professional tennis – from witnessing young players cheat to seeing veterans abuse performance-enhancing drugs – motivated Evans’ work on the Honor Committee, where he was elected as the Commerce School representative and chaired the faculty advisory committee.

“Tennis can be very cutthroat at points,” Evans said. “I had never been able to be involved with something like the Honor Committee and was immediately interested in it as a symbol of integrity.”

Evans also joined the University Judiciary Committee and worked with the Office of Undergraduate Admission to support less traditional college applicants. Throughout, he remained connected to his first passion, teaching tennis locally and mentoring players on U.Va.’s men’s tennis team. Many are in the position Evans was in a few years ago, deciding if they want to pursue a professional career. All, according to head coach Brian Boland, benefitted from his presence.

“From day one, you could see by everything Brendan said or did that he wanted to make himself and everyone around him better,” Boland said. “He enriched his own experience while at U.Va., but he also made everyone else’s journey a more positive one.”

Evans’ leadership earned him a room on the Lawn, an honor reserved for fourth-year students with exceptional academic and extracurricular records. It also earned him a position with investment banking firm Goldman Sachs, beginning in July.

“Brendan did a fantastic job of being a great scholar while broadly engaging with many other things,” said Robert Cross, an associate professor of commerce. Evans is both Cross’ student and his daughter’s tennis coach. “I have never seen anyone like him, in terms of abilities and focus. He is just an amazing individual.”

Both Cross and Evans attribute his work ethic to his tennis training, which required immense discipline and time management at a young age.

“I learned, essentially, to run my own business,” Evans said. “I decided to take that approach [at U.Va.], to pack in as much as I could, take tough classes and be involved in lots of things.” He plans to bring that same approach to his next challenge in New York City.

Before that move, Evans has a few final weeks in his Lawn room, which he has fitted out with custom cabinetry and a full bar. He will host a graduation party on the eve of Final Exercises, attended by the professors whose office hours he habitually sought out, the tennis players he mentored as they made their way to national and Atlantic Coast Conference championships, and the many classmates he befriended along the way. That assortment seems a fitting end to his unconventional, but decidedly successful college career, culminating the next day with one last walk down the Lawn.

Hopefully, it will be at least as memorable as that first triumph on the grass at Wimbledon.

What Is Biotechnology? Where Is It Headed at UVA? END_OF_DOCUMENT_TOKEN_TO_BE_REPLACED