Class of 2017: Mason Will Soon Trade Lawn Residence for Life in Morocco 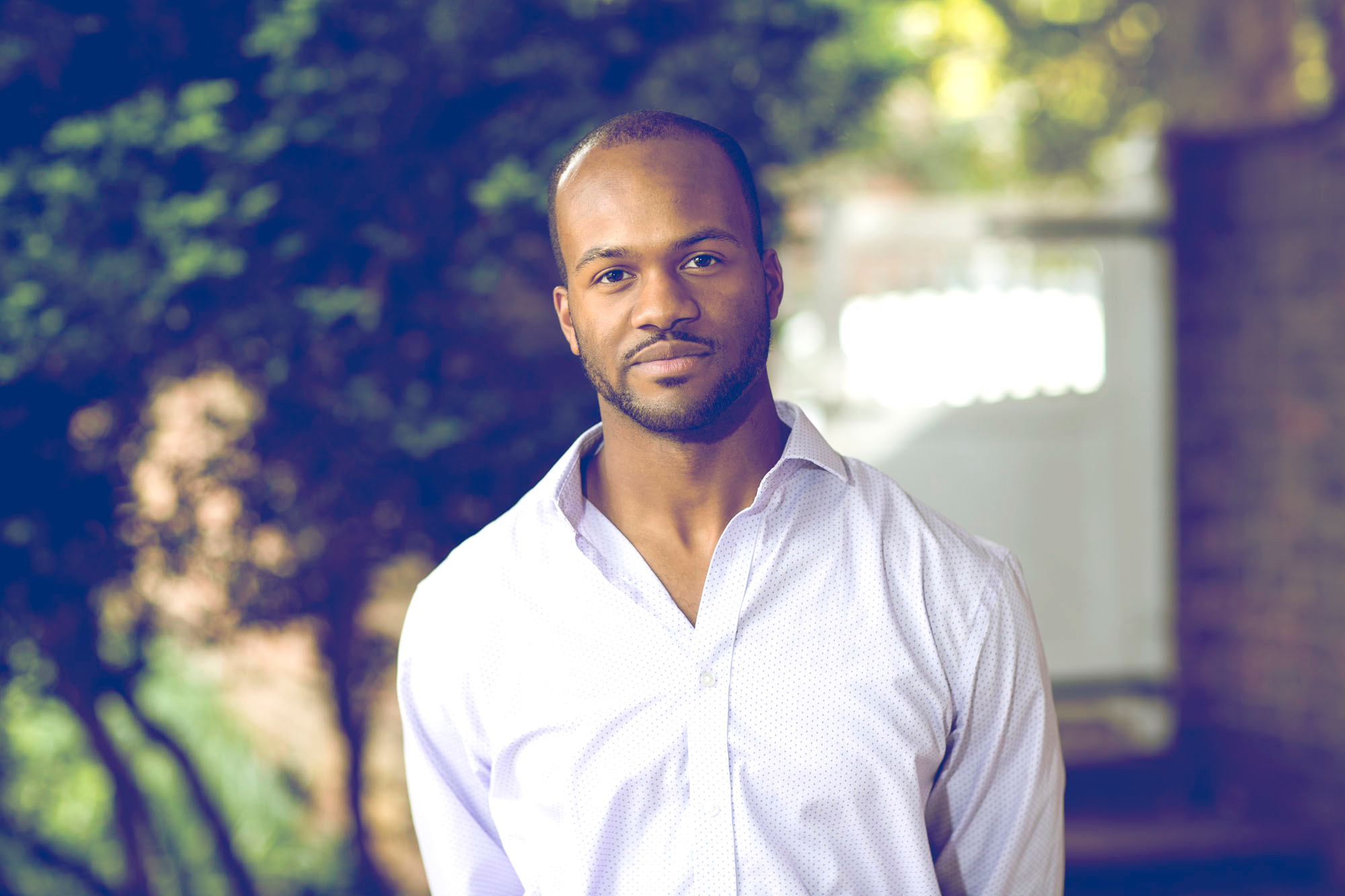 Jahvonta Mason is graduating with a B.A. in public policy and a minor in Middle Eastern studies. (Photo by Dan Addison, University Communications)

Jahvonta Mason has had a busy four years at the University of Virginia. He has a record of leadership in multiple student organizations, but what Mason prides himself on most is that his many involvements have left him “rich in friends from across the University.”

The St. Louis native and Lawn resident has chaired the Black Male Initiative, served as student member of UVA’s Bicentennial Commission, led diversity initiatives as a member of student council and worked as president of his fraternity, Phi Kappa Psi – just to name a few.

After he graduates with a B.A. in public policy from the Frank Batten School of Leadership and Public Policy and completes his minor in Middle Eastern studies, Mason will be taking his leadership skills across the Atlantic to Morocco. He recently spoke with UVA Today about his plans for the future and the experiences that helped shape his time on Grounds.

Q. What first drew you to the Batten School?

A. I’ve always been interested in politics and the role that political leaders play in determining the destinies of citizens. What I liked about the Batten School was that it had an undergraduate policy program with opportunities to focus on the real-life applications of the policy you study. As a part of the public policy program, we take economics classes, social psychology classes and politics classes and you learn a lot of hard skills that are immediately applicable to the job world. It extends a lot further beyond theory and into actual policy itself.

Q. Are you thinking of a career in politics after graduation?

A. Maybe. I know ultimately I’d like a career that tackles policy in some way, but after graduating in May I’ll be leaving to work in Morocco for a year. I’ll be teaching at the Casablanca American Middle School from August of this year through July 2018. My goal after that is to matriculate directly into law school back in the United States. I’m taking the LSATs on June 12 – so, fingers crossed. I’ll start applying this fall and I’ll enroll next fall.

A. I’ve been taking Arabic at UVA for the past three years and when I was thinking about graduating this year I thought of a few choices. If I went directly to law school or directly into the job market, I’d likely forget all the Arabic that I’ve learned very quickly. My other option was to go somewhere and immerse myself further into Arabic language and culture. I can learn more about Moroccan culture and people and commit myself to a greater fluency of the language while I’m there. I decided to try to several different options in the Middle East where I could work and improve my Arabic and I started exploring options there.

I took a Morocco-Ghana trip over January term this year and we were in Morocco for nine days. While I was there, a lot of students were doing just the class, but I was also looking for jobs and I found one at the American Middle School.

Q. What have you been working on with UVA’s Bicentennial Commission this year?

A. I worked with other students on how to incorporate Lawn space and the Lawn rooms specifically, into the celebrations. They’re some of the first spaces at UVA, but they’re also students’ personal bedrooms. Being a Lawn resident, I tried to come up with ways to use the rooms without encroaching on students’ personal residences too much.

One of the things I’ve been working on is some Lawn room interaction on the day people are coming to celebrate the anniversary of the laying of the cornerstone in Pavilion VII. We’d like to have a two-hour period before the ceremony where the Lawn rooms will be utilized. Our idea was to have each resident partner with current on-Grounds organizations and their respective alumni interest groups – organizations like the Cavalier Daily or the Jefferson Society and their alumni associations.

So the Lawn rooms will hopefully act as a space where student organizations will honor the impacts they’ve had on UVA and what they plan for the future. I think that’s a great way for us to highlight the University’s tradition of student self-governance.

Q. As chair of the Black Male Initiative, you oversaw some big changes there. Can you tell us about those?

A. I’ve been part of BMI since my first year at UVA and I was the chair this year. We recently went through kind of a tumultuous period, membership and participation had dwindled some, but over the course of this year we’ve seen both tick up.

We changed a couple of things to help build up the organization. When I took over I cancelled the idea of a general body meeting. It made us feel like more of a political organization and we’re not. So from a general body meeting we changed it to this idea of “BMI Presents.” For example, “This week BMI presents a discussion on the movie ‘Get Out.’” Then we’d have a discussion about what the movie showed about interracial American kids and we’d open it up to the whole student body.

We started doing co-sponsorships of events, which we had never done before, and we also stopped relying so heavily on food to bring people in and instead started looking at the relationships and ideas that drew people to be there.

Now I hear UVA first-years saying things like, “My experience has been fundamentally different because I found this organization.”

It’s really humbling to see the impact there.

Q. After working with so many organizations at UVA, do you have any words of wisdom for new students looking for their niche?

A. I would say be courageous. Join organizations and try things that you don’t think you’ll be good at. Go make a fool of yourself somewhere.

I think some of my best experiences at UVA were joining those organizations that I thought I would never be a part of. Like in my first year, I joined Fashion for a Cause and I was a fashion model. That was so different from anything I’m doing now. I have no desire to be a model, but it was fun and it’s the sort of thing that I wouldn’t have done in high school because of all the social pressures to be a certain way. In college we have a lot more freedom to go and do and be whoever. I think people should take the opportunity to go and be whomever they want – uninhibited of what others think they should or shouldn’t be doing.

How a Single Email Changed a Life END_OF_DOCUMENT_TOKEN_TO_BE_REPLACED

Fall Is in the Air on Grounds END_OF_DOCUMENT_TOKEN_TO_BE_REPLACED

At UVA, There Is a Club for Everyone END_OF_DOCUMENT_TOKEN_TO_BE_REPLACED