Class of 2017: Student Graphic Designer Tells Her Story, Her Way 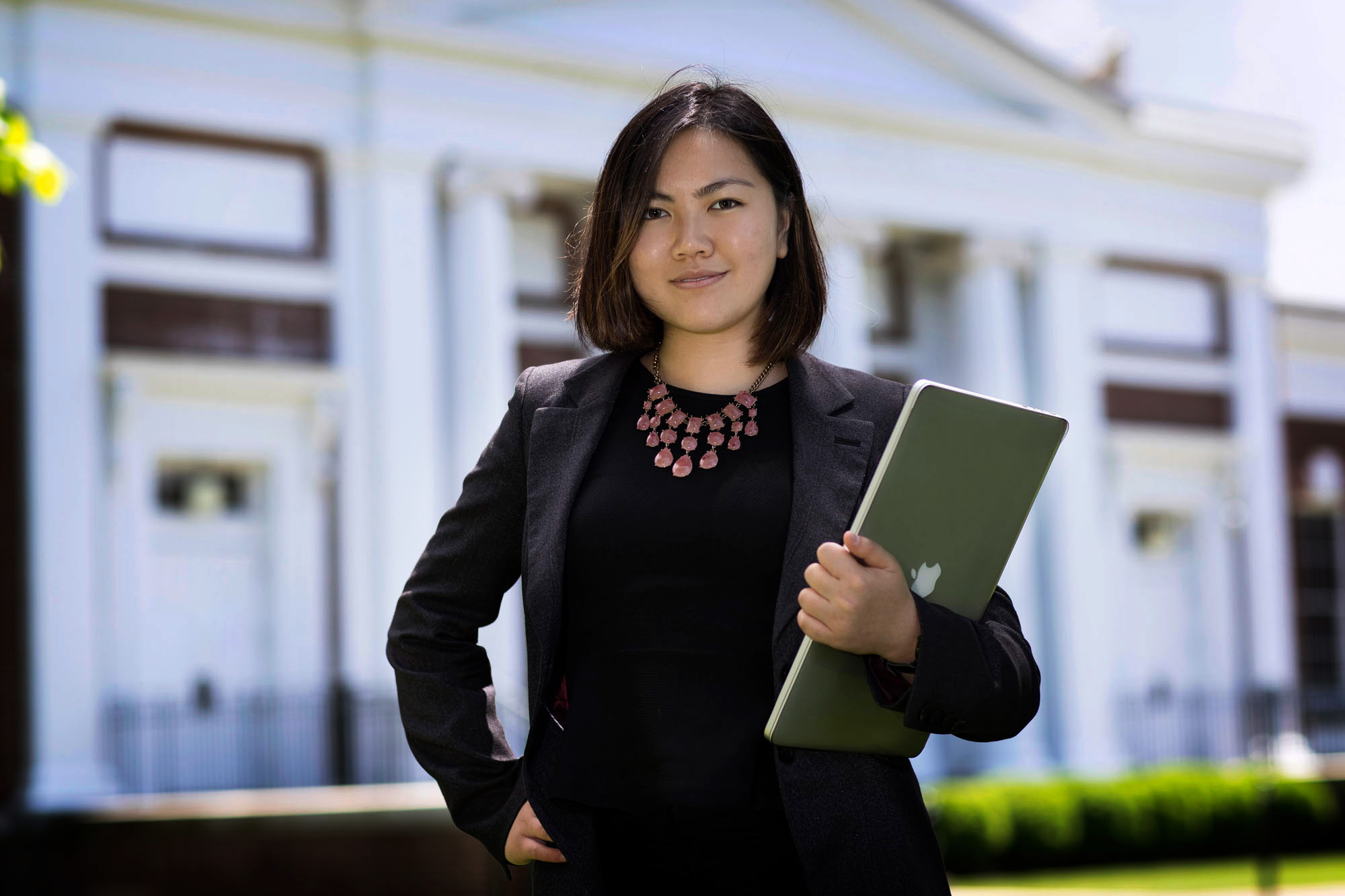 Felicia will graduate from the McIntire School of Commerce on Sunday, two years after transferring to UVA. (Photo by Dan Addison, University Communications)

Gloria Felicia’s acceptance letter to the University of Virginia was, as she puts it below, a dream come true.

At the time, Felicia – nicknamed “Glo” for her bright, bubbly personality – had finished an associate’s degree at Edmonds Community College, near Seattle. She had moved there from her hometown of Jakarta, Indonesia, determined to eventually transfer into UVA’s McIntire School of Commerce.

The acceptance letter represented an opportunity and a triumph after Felicia and her family had faced many challenges, including her mother’s cancer diagnosis while Felicia was in high school.

Two years later, Felicia will walk the Lawn Sunday, with her family – including her now cancer-free mother – looking on. She has forged her own path at UVA, combining her interests in business, art and graphic design. Among other activities, Felicia was involved in the student-led entrepreneurship organization HackCville, volunteered with Madison House and was selected as a scholar for the 2016 Forbes 30 Under 30 Summit. After graduation, she will continue developing the energy technology startup, Pentagon LLC, that she co-founded with fellow UVA student Zona Li to research energy efficiency in the home manufacturing process.

As Final Exercises approaches, UVA Today asked the budding designer to tell her story in her own words – and pictures. Check out her creation below.

Class of 2017: Student Graphic Designer Tells Her Story, Her Way

How a Single Email Changed a Life END_OF_DOCUMENT_TOKEN_TO_BE_REPLACED

Fall Is in the Air on Grounds END_OF_DOCUMENT_TOKEN_TO_BE_REPLACED

At UVA, There Is a Club for Everyone END_OF_DOCUMENT_TOKEN_TO_BE_REPLACED