Class of 2018: Business Student Leads Humbly, From Behind the Scenes 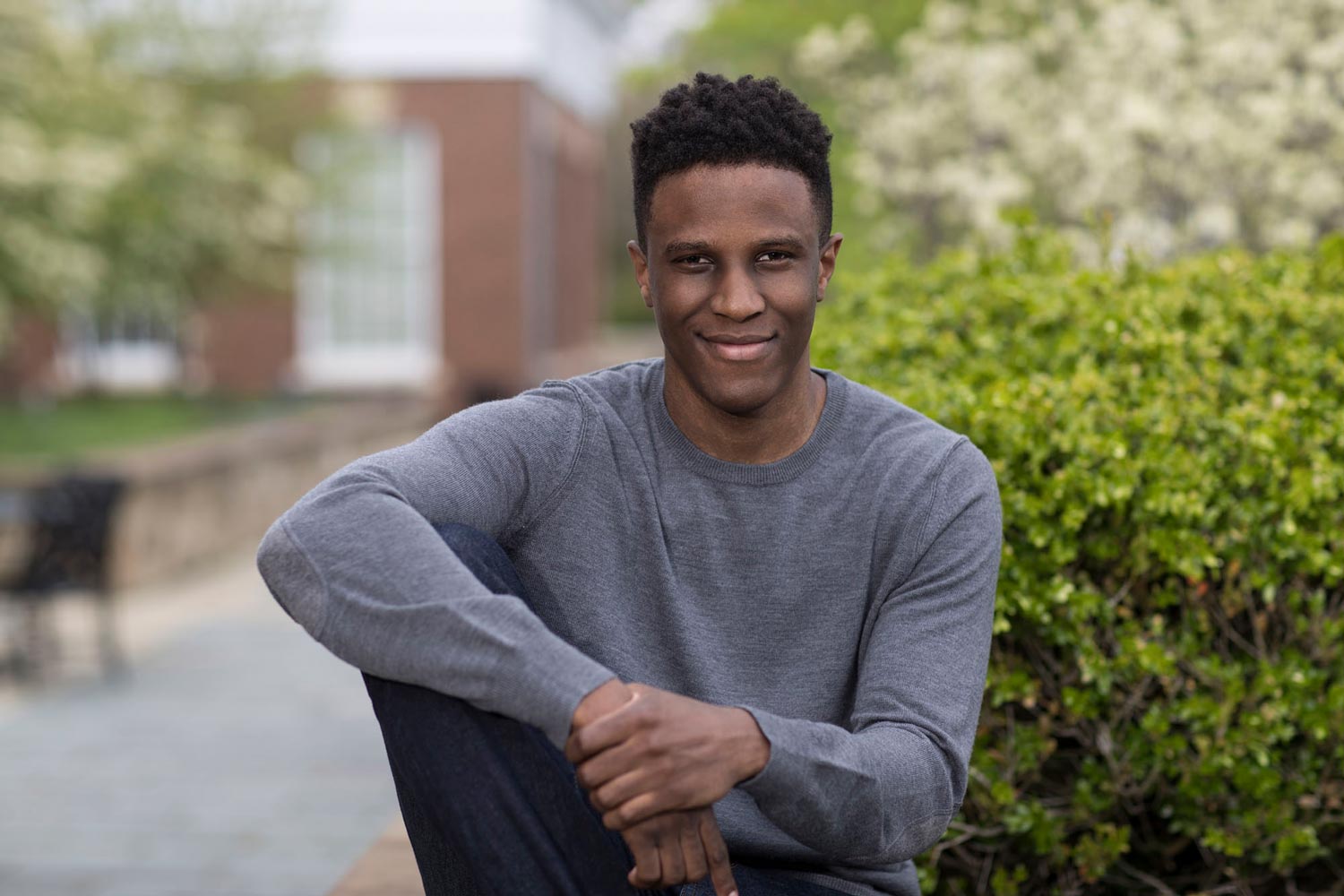 A standout student at the University of Virginia’s McIntire School of Commerce, Ndiaye’s reserved demeanor and soft-spoken voice conceal a penetrating mind, focused confidence and extraordinary altruism that have earned him a reputation across Grounds as a devoted leader. It has also secured him a position as a strategy analyst with the multinational management consulting company Accenture, which he will start in August.

His dedication to others is evident from his time working with the Office of African-American Affairs, where he was a peer adviser, chaired the Luther P. Jackson Black Cultural Center Student Funding Committee and co-chaired the Committee for Internal Development. Having mentored 15 first-year and transfer students during the last three years, Ndiaye also engaged with student groups to develop and fund events, while advancing the Office of African-American Affairs’ initiative to gather and use more data when planning future programming.

By having a hand in programming, Ndiaye’s involvement has positively influenced the black student experience for many, yet he said he has been most excited by the opportunity to make personal connections and help directly guide others.

“Being part of OAAA Peer Advising has been one of the highlights of my UVA experience,” he said. “What I enjoy most about the program is its focus on helping black students succeed not only academically, but also socially and mentally. I had an adviser my first year and I thought it was really cool, because I didn’t ask for one. Being able to provide guidance or comfort, even in the smallest ways, can have a major impact, so it was an amazing way for me to give back and help someone else.”

“Honestly, he is exceptional for the humility with which he approaches his work and life,” she said. “Idrissa is brilliant, productive and humble – a rare combination. He takes direction well, and he works with his peers in such a way that garners their respect immediately. He has been a great friend and a big brother to them.”

In addition to raising awareness and strengthening the University’s black community, Ndiaye served as chair of finances for McIntire’s Black Commerce Student Network, a position that empowered him to inspire others and lead diversity efforts at the Commerce School. With his input, the organization guided black candidates through the McIntire application process and explained the career opportunities available to them.

His knowledge of industry recruitment possibilities helped Ndiaye to map out his own future. After a successful internship with Accenture’s Boston office in the summer after his third year, he was fascinated with the firm’s use of technology and how it related to his McIntire studies.

“In all of the classes I’ve been taking, we discuss innovations that drive businesses today,” he said. “During my internship, my project looked specifically at the technology of a retail company. It was incredible to learn about how they manage their IT functions, and how integral that is to their business. That really was the hook for me. I just want to learn more about it.”

His persistent business curiosity is what drew Ndiaye to study the subject from an early age, as he watched his father successfully run his own agency representing professional basketball and soccer players.

When Ndiaye was 11 and living with his Senegalese family in Paris, one of his father’s basketball clients was signed by the NBA’s Dallas Mavericks; with that, the family moved across the Atlantic to suburban Plano, just outside of the Texas team’s base of operations.

Ndiaye says growing up in two markedly disparate locations may have ultimately influenced his choosing UVA.

“I haven’t been afraid of moving or adapting to different spaces,” he said. “I knew I wanted to try something different from Texas, and UVA was far away and unlike what I had been used to.”

The choice proved to suit him well, as he has been recognized by faculty, staff and fellow students alike for a quiet disposition incapable of obscuring his talents and kindness.

“Idrissa is outstanding,” said McIntire professor Jeffrey Boichuk, who worked closely with him in the school’s immersive third-year Integrative Core Experience, a series of required courses that provide the backbone of the school’s undergraduate curriculum. “He’s analytical, bright and genuine. Having demonstrated illimitable potential both inside and outside of the classroom, Idrissa has made a lasting impact on his peers and faculty.”

That enduring positivity has fueled Ndiaye and his desire to assist others in myriad ways. It has also changed his views on what it truly means to lead.

“I’m not president of any organization, but I realized that once I had an area of expertise, I could apply it to help people,” he said. “Taking a leadership role means using what you know to serve the community in a way that other people can’t. For example, with the Committee for Internal Development [in the Office of African-American Affairs] I had been a peer adviser, so I knew a lot about what could be improved, how to go about it, and I decided to take the initiative. That’s being a leader.”

And how does he plan to use his leadership skills in the future? His long-term aspirations include initiating a social enterprise in Senegal’s capital of Dakar.

“Ideally, I would want to work with businesses to develop the technology infrastructure there, or help them grow based on what I learned at McIntire – and what I will learn at Accenture,” he said.

When asked how he would like to be remembered by those who have known him at UVA, Ndiaye smiled and paused before responding.

“It’s a hard question,” he said. “I would want to be remembered for reaching out and helping people for whatever the reason may be.”

How a Single Email Changed a Life END_OF_DOCUMENT_TOKEN_TO_BE_REPLACED

Fall Is in the Air on Grounds END_OF_DOCUMENT_TOKEN_TO_BE_REPLACED

At UVA, There Is a Club for Everyone END_OF_DOCUMENT_TOKEN_TO_BE_REPLACED