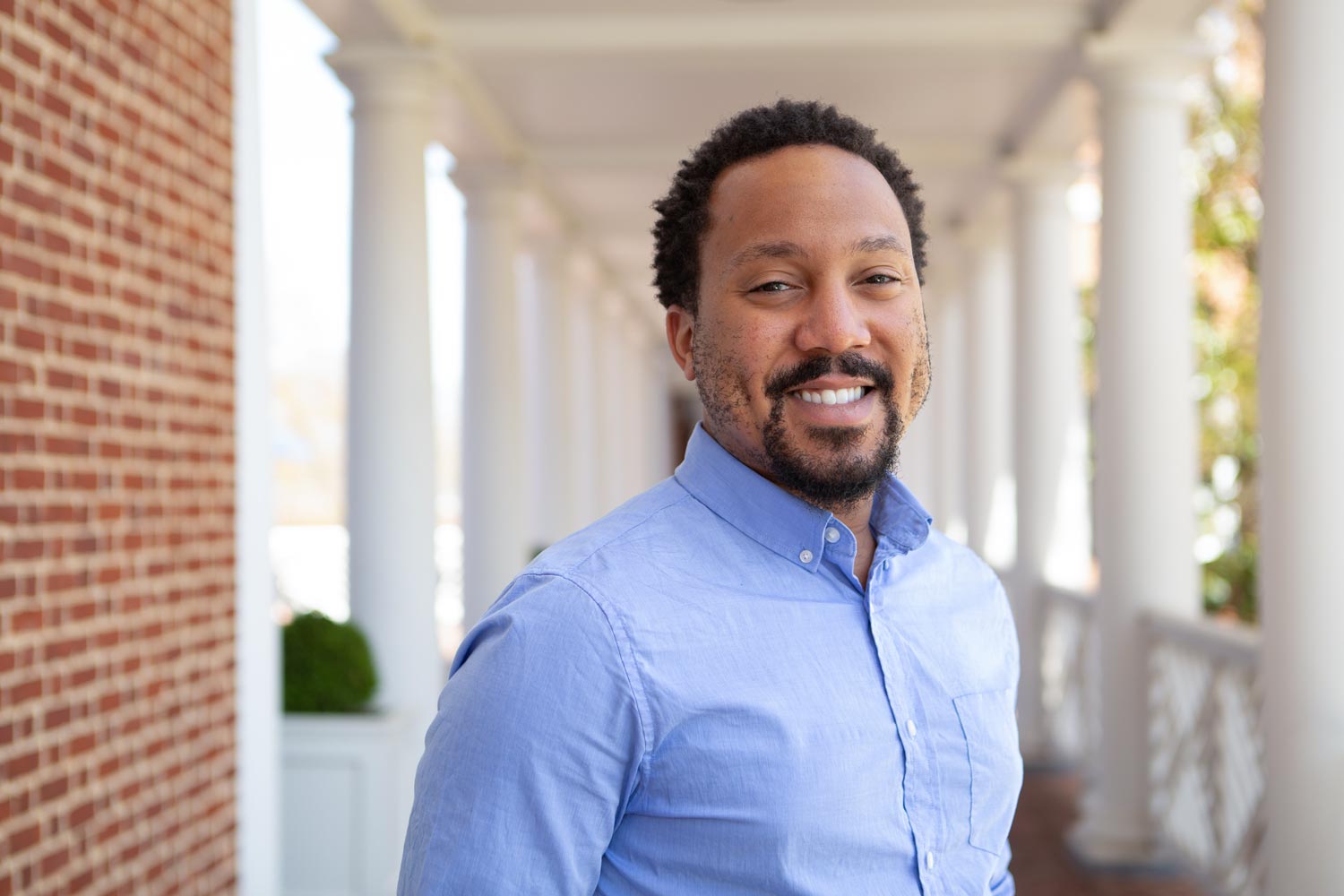 Corbin Norman showed a knack for business and entrepreneurship in his early high school years.

In his native state of Mississippi, Norman came up with an idea for a business creating custom obituaries. With assistance from his aunt, BLEST Consulting Agency evolved to doing consultations for business start-ups and expanded into creating graphic layouts and designs for wedding and church programs, souvenir booklets, business cards and much more.

Today, the company continues to be run by his aunt, while Norman – who will graduate this month from the University of Virginia’s Darden School of Business, and is earning his second degree from UVA –  is about to begin his third business venture.

Despite his natural entrepreneurial spirit, Norman’s path to business school was not linear. Following high school, he became the first of his family to attend college and enrolled in Jackson State University, where he combined his passions for computers and music. For nearly 13 years, music had been a vital part of Norman’s life – so much so that he was recruited to join the university’s marching band, the Sonic Boom of the South. Additionally, he joined the symphonic and jazz ensembles and received a full scholarship. With a full ride and four years ahead of him, Norman majored in computer science and minored in math and music.

After finishing his undergraduate career, Norman moved to Washington, D.C., where he worked as a government consultant. Looking to continue his education, he began to search for master’s engineering programs that would allow him to continue working while also being a full-time student.

Immediately, he came across UVA’s accelerated systems engineering program. After visiting Grounds, the choice to attend UVA was easy.

“What attracted me to UVA was the culture,” Norman said, “the collegial feeling of the Academical Village. You come here and it’s like you are inspired by everyone around you to just learn. Learn from professors and everyone you come into contact with.”

Another factor that attracted Norman to the program was that it was half-taught by Darden faculty. This introduced Norman to Darden’s case-study method of teaching, where instead of lecturing, professors present students with a specific case, allow them to run an analysis of it and ultimately decide what the best course of action to solve the problem would be.

As Norman and Spencer developed the company, they found themselves looking to accomplish one specific goal: to create an interactive streaming platform that tells the true stories about the African Diaspora in a way that the mainstream media doesn’t.

“When I first met DeShuna, her belief was that there was no platform out there that told the true story of people of African descent,” Norman said. “So we wanted to take this platform and use it in a way that was impactful, empowering and engaging.”

The name of the company appropriately reflects this mission: “kweli” means “truth” in Swahili.

As the chief marketing operator, Norman found himself lacking certain skills that his computer science and engineering degrees had not given him.

“Through systems engineering, I had a hard-technical skill competency,” Norman said. “But what I did not have were soft skills.”

These included knowing how to engage in fruitful conversation and heavy debate, effectively persuade individuals and deal with conflict and contention.

This led Norman back to UVA – this time, enrolling in Darden’s executive MBA program. Having had experience with Darden faculty, Norman knew this would be the right place for him – particularly coupled with Darden’s newly established campus in Rosslyn.

“When they made the announcement that they were building a D.C. campus, it made the decision much easier,” he said. “So easy that I only applied to Darden. So it was either Darden or bust.”

Aside from the flexibility that the D.C. campus has given him to continue to develop kweliTV, one of his favorite parts about the capital location has been the intersection of government, politics and global issues.

“When you’re sitting in a classroom in Rosslyn, you’re talking about issues that affect not only the United States, but the entire world,” he said.

This global mindset has been further reinforced by Darden’s global residencies. During his two years at Darden, Norman has visited more than 15 countries, allowing him to closely study the way in which businesses, economies and governments work across a multitude of contexts.

Following graduation this month, Norman plans go home to Jackson, Mississippi, to spend time with family before  moving to Stockholm, Sweden, where he plans to begin his third business venture – this time, in the fashion industry.

Norman is hoping to create a platform that links everyday consumers with low-profile-but-talented designers to custom-design clothing that fits the personality and individuality of the consumer. Thus, consumers get to have greater agency in expressing themselves, while allowing designers a foot in the door in an industry with high barriers to entry.

No matter where Norman ends up, you can expect him to change the status quo and make a lasting difference.

Barbara Millar, assistant dean of the executive MBA program, described Norman as “a true champion for the Darden School and the University of Virginia.”

A Year We Will Never Forget: 2019-20 in Review END_OF_DOCUMENT_TOKEN_TO_BE_REPLACED

‘What Will You Carry With You?’ Remarks From UVA President Jim Ryan END_OF_DOCUMENT_TOKEN_TO_BE_REPLACED