Class of 2019: Gabby Fuller’s Pursuit of Art Led Her to UVA – and Beyond 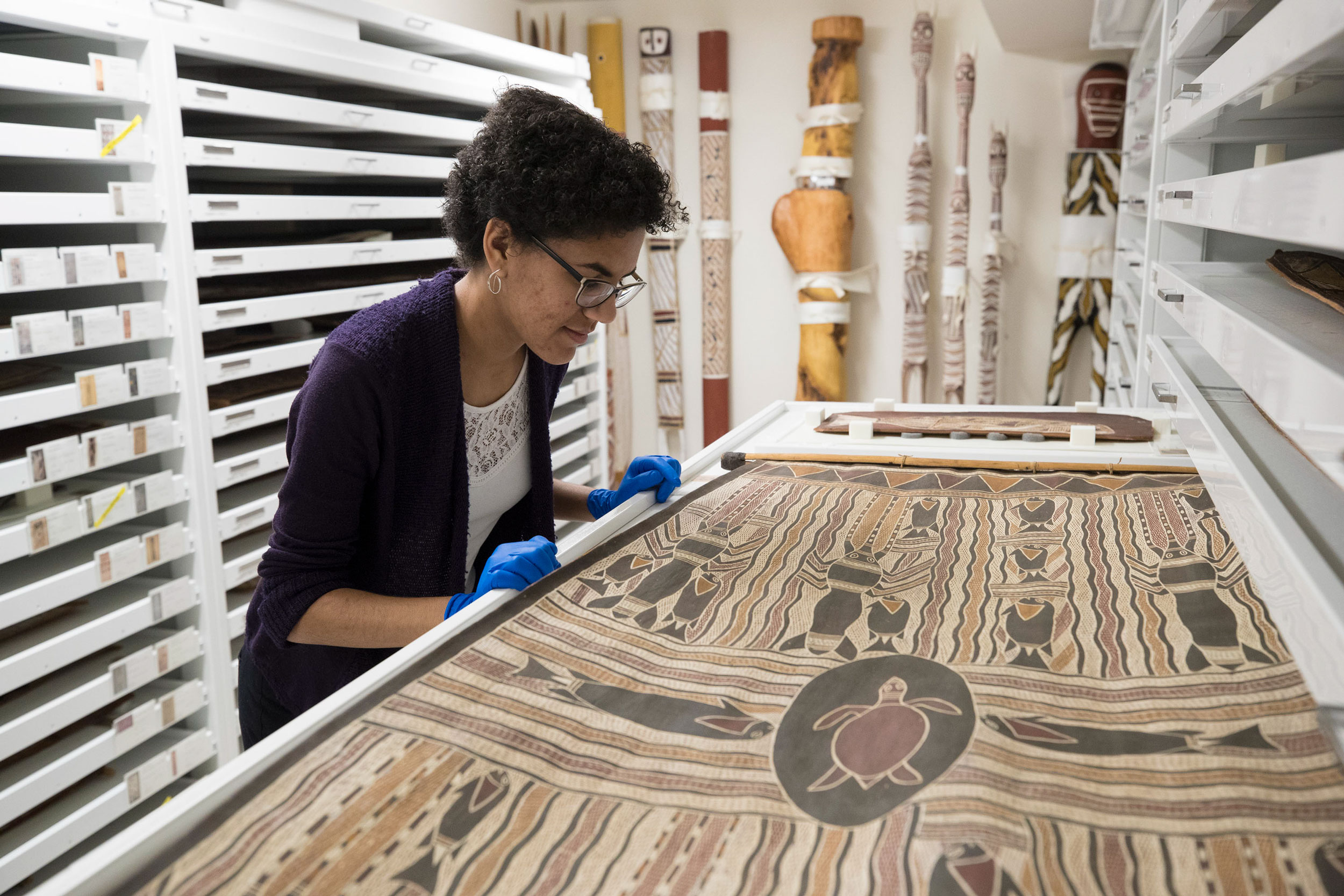 Art has been a major part of Gabby Fuller’s life at the University of Virginia.

Graduating Saturday with degrees in art history and studio art, Fuller will leave UVA with a renewed interest in art history, with help from the University’s museums.

Her passion for arts began before she set foot on Grounds. When she thought about going to college, she knew that her chosen university would have to provide the right arts program.

“In high school, I was drawing non-stop, so I knew I wanted to do something with art,” she said. While she visited many universities, she decided that UVA was the right fit after touring the Arts Grounds.

Charlottesville was already familiar territory. Fuller’s father, Art, graduated from the School of Engineering and Applied Sciences in 1986 and is a diehard Cavaliers fan, often leading family trips from Ashburn to Scott Stadium for football games. Both of her parents made it to Minneapolis in April to watch the Cavaliers capture the NCAA men’s basketball championship. 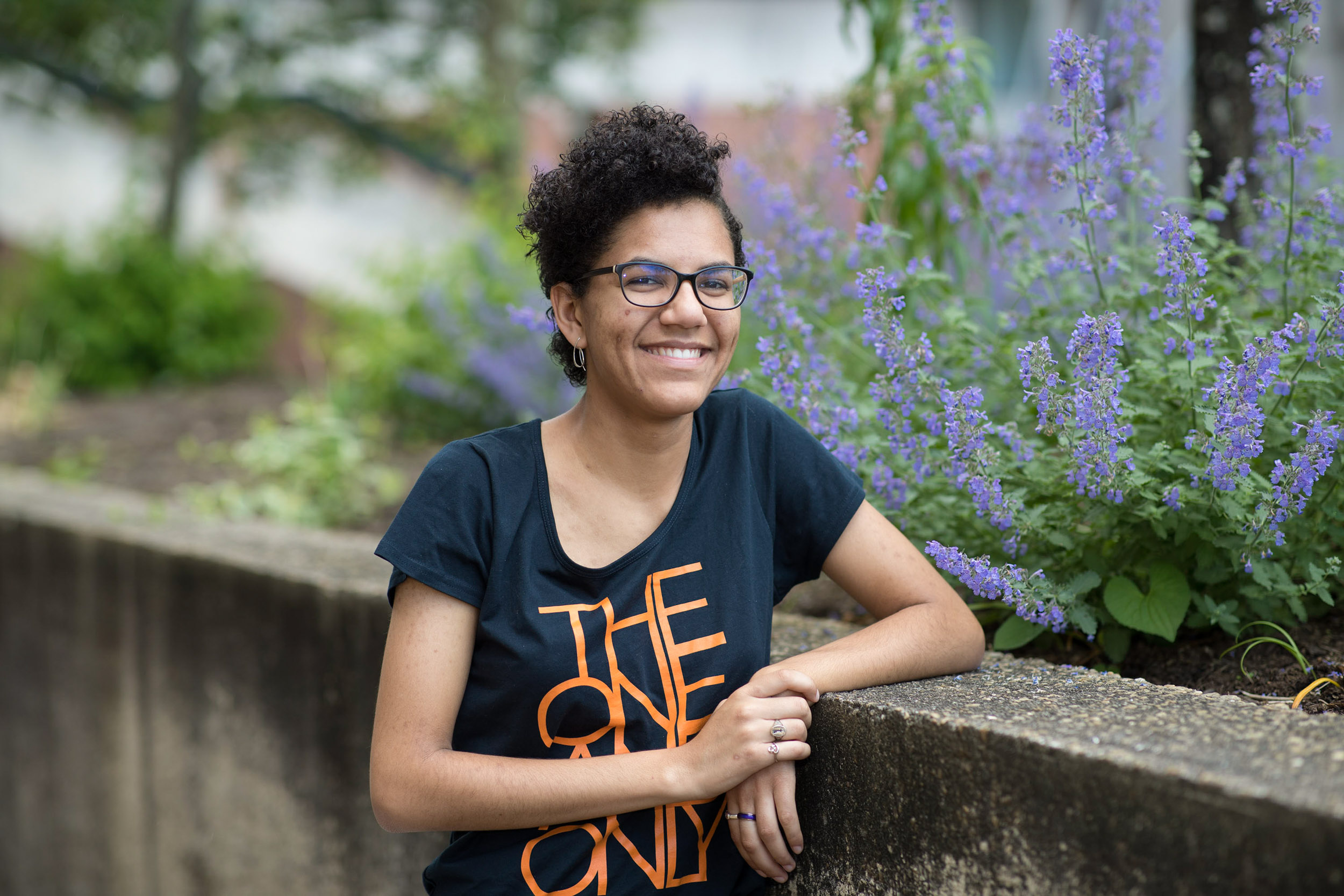 Fuller will graduate Saturday with degrees in art history and studio art.

Once she made her way to UVA, Gabby Fuller created her own path by choosing to double-major in art history and studio art.

She experimented in her studio arts courses with different media, from animation to installations and interactive works of art. Outside of the classroom, Fuller’s art took a more journalistic form as the cartoon editor at the Cavalier Daily, which allowed her to design the cover for this year’s March Madness issue.

“I’ve been really happy about what I’ve been able to publish with them,” she said.

While these outlets let her explore her own work as an artist, her art history major inspired her future career path.

One transformative moment for Fuller came during a January term trip to Rome in 2018, where she studied Renaissance and Baroque art. Inside the historic churches of Rome, Fuller experienced art history on a whole new level.

“The specific place where the art is, is important,” she said. “It’s one thing to see something in an art museum with 50 other paintings, and another to see the work by itself in the place it’s intended to be.”

When she returned to Charlottesville, Fuller began to explore a career in art history with hands-on experiences by interning at both the Fralin Museum of Art at the University of Virginia and the Kluge-Ruhe Aboriginal Art Collection. 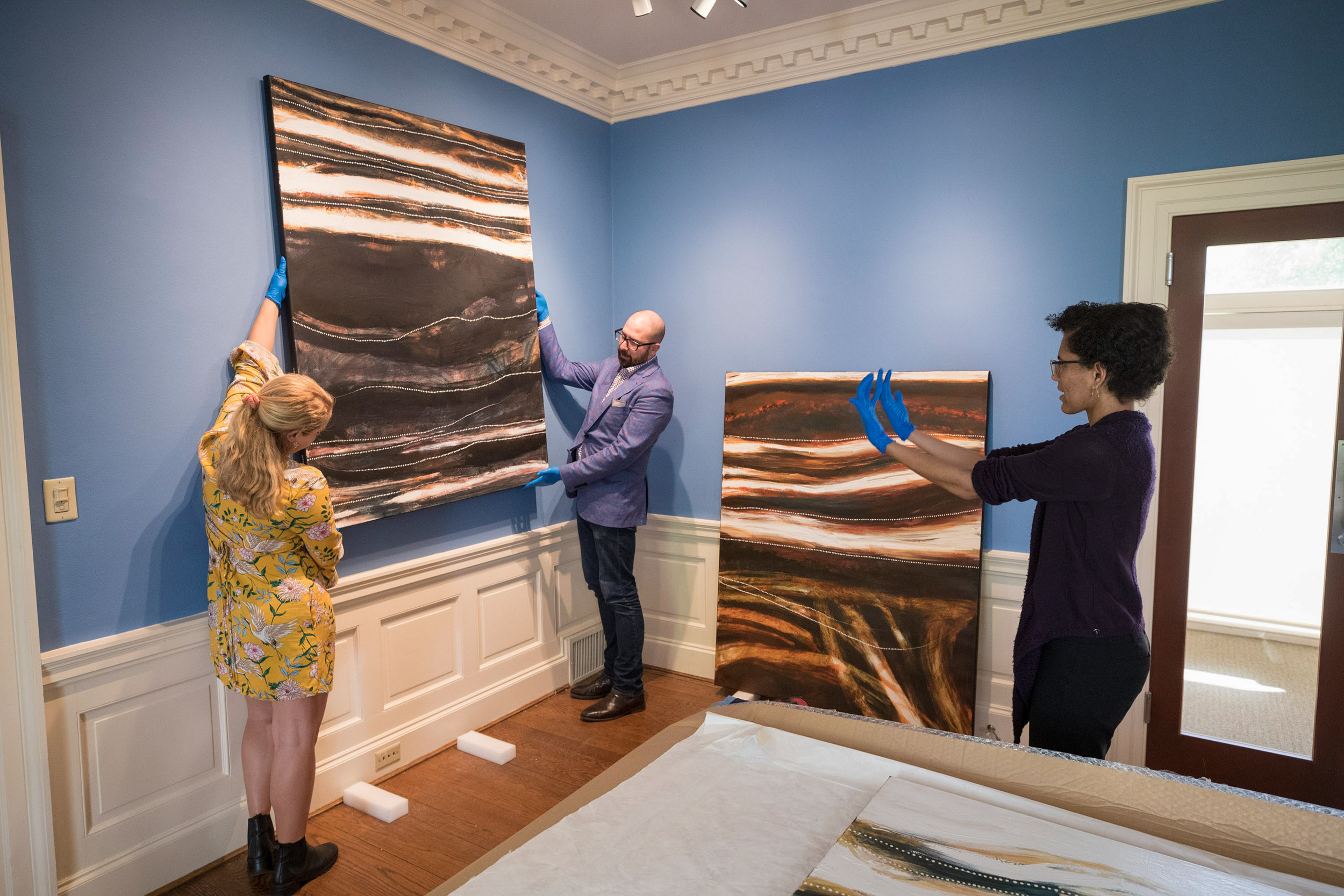 Fuller had hands-on experience with indigenous art at the Kluge-Ruhe Aboriginal Art Collection.

“There’s so many opportunities I had here that I would probably not get anywhere else,” she said.

In the summer of 2018, Fuller worked in the collections department at the Fralin Museum, which gave her a taste of what it could be like working in a museum. Working at the museum gave Fuller “a different way to think about art,” she said. Instead of creating art pieces, she was helping curate art collections and handling precious artworks.

Fuller grew particularly interested in indigenous art studies, which aligned with her work at Kluge-Ruhe Aboriginal Art Collection, the only museum in the United States dedicated to the Australian Aboriginal art.

“It’s really lucky we have the Kluge-Ruhe here, of all places,” she said.

“It’s been amazing working with Gabby,” Skerritt said. “She’s terrific to work with and we’ve collaborated on a lot of things together. She’s really driven and she’s really able to take a project and run with it.”

Her work with Kluge-Ruhe made a larger impact outside her time at the University. In July, Fuller will spend two weeks at Australia’s Durrmu Arts Center, working alongside Aboriginal artists.

This will be just the beginning of Fuller’s career. In the fall, Fuller will apply for graduate school to continue her museum studies.

What’s the True Story of Brooks Hall? This Architectural Historian Has the Answer END_OF_DOCUMENT_TOKEN_TO_BE_REPLACED

At UVA, There Is a Club for Everyone END_OF_DOCUMENT_TOKEN_TO_BE_REPLACED