From Coffee to Catastrophes: Meet the Nursing Student Who Helped With Harvey 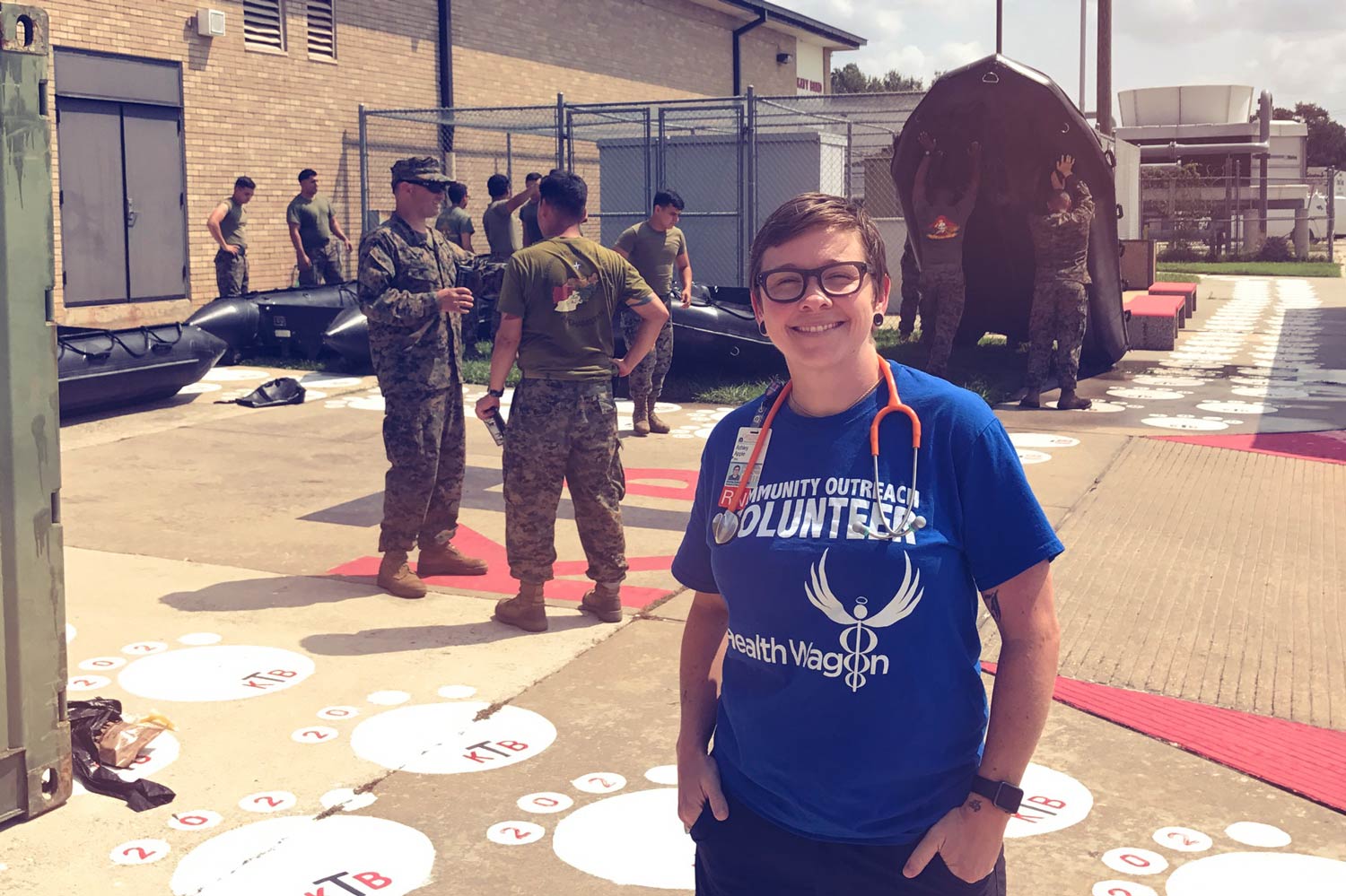 In 2005, Ashley Apple recalls feeling profoundly helpless as she watched news coverage of Hurricane Katrina as it ravaged and redefined the people and topography of New Orleans.

But it was that storm – and the nursing prerequisite courses she was taking at the time, after selling her Eureka Springs, Arkansas coffee shop – that fueled her hunger to become a nurse even more, plotting a course as a public health champion and emergency responder with her signature blend of determination, hard work, pluck and empathy.

“Katrina really sealed the deal for me,” says Apple, 38, of Richmond, who’s enrolled in her second year of the University of Virginia School of Nursing’s R.N.-to-B.S.N. program, which offers working nurses a path to a bachelor’s degree in nursing. “Sure, I loved the things that you love about a coffee shop – the art, the music, the people, the connections you make – but in the end, I was still counting cups. I wanted to do more in service to my community.”

Fast-forward a dozen years and Apple’s found she’s right where she needs and wants to be: working as a floating emergency nurse for the Bon Secours health system, en route to earning a baccalaureate degree from UVA, and leaping in to help wherever she might.

That meant traveling to coastal Texas about a week ago, where millions were struggling to deal with the 50 inches of rain Hurricane Harvey dumped in its slow-moving crawl across the state. Rallying a small group of fellow caregivers, Apple nabbed a seat on an early-morning flight to Dallas, where she purchased first aid kits and supplies to bring along. The team – which included her mother and a small group of Richmond-area nursing students and Bon Secours staff – spent five days traversing water-logged Texas doing everything from making the rounds of massive Houston shelters to do well-being checks with residents, offering care to individuals with chronic medical conditions in pop-up clinics and vaccinating first-responders for tetanus, diphtheria and hepatitis in Beaumont, despite the fact that that city had no potable water. 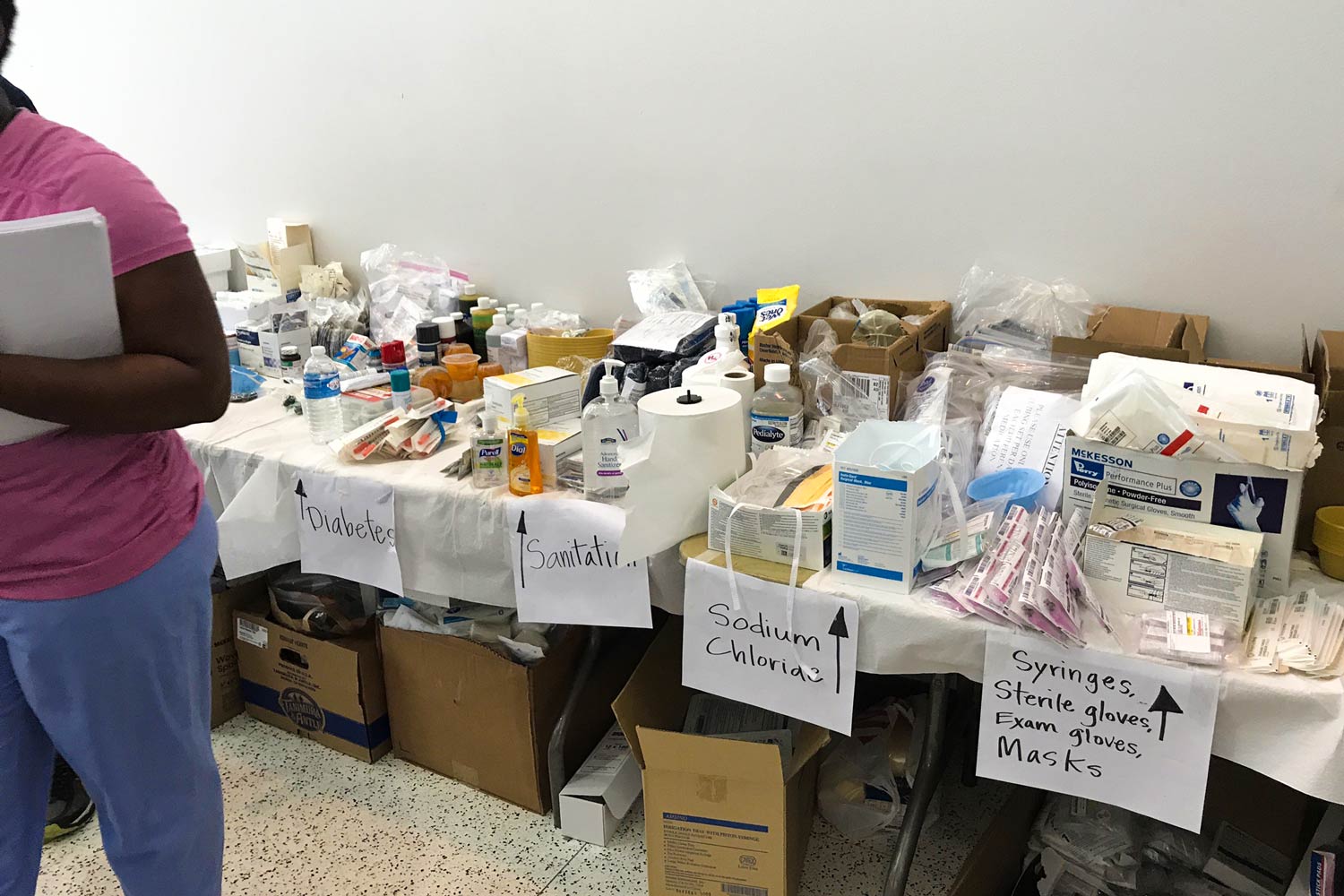 Unlike her role as helpless bystander during Katrina, Apple found during Harvey that she had much to give.

“The most amazing part for me was feeling useful,” she said.

For Apple – who’s still reflecting on the immensity of the storm and the deep goodness of citizens and emergency responders alike – it’s work she loves. She said she’s proud to show her two children, ages 3 and 5, how nurses help at the bedside, at the disaster site, and ultimately at the front of the classroom, inspiring new learners. 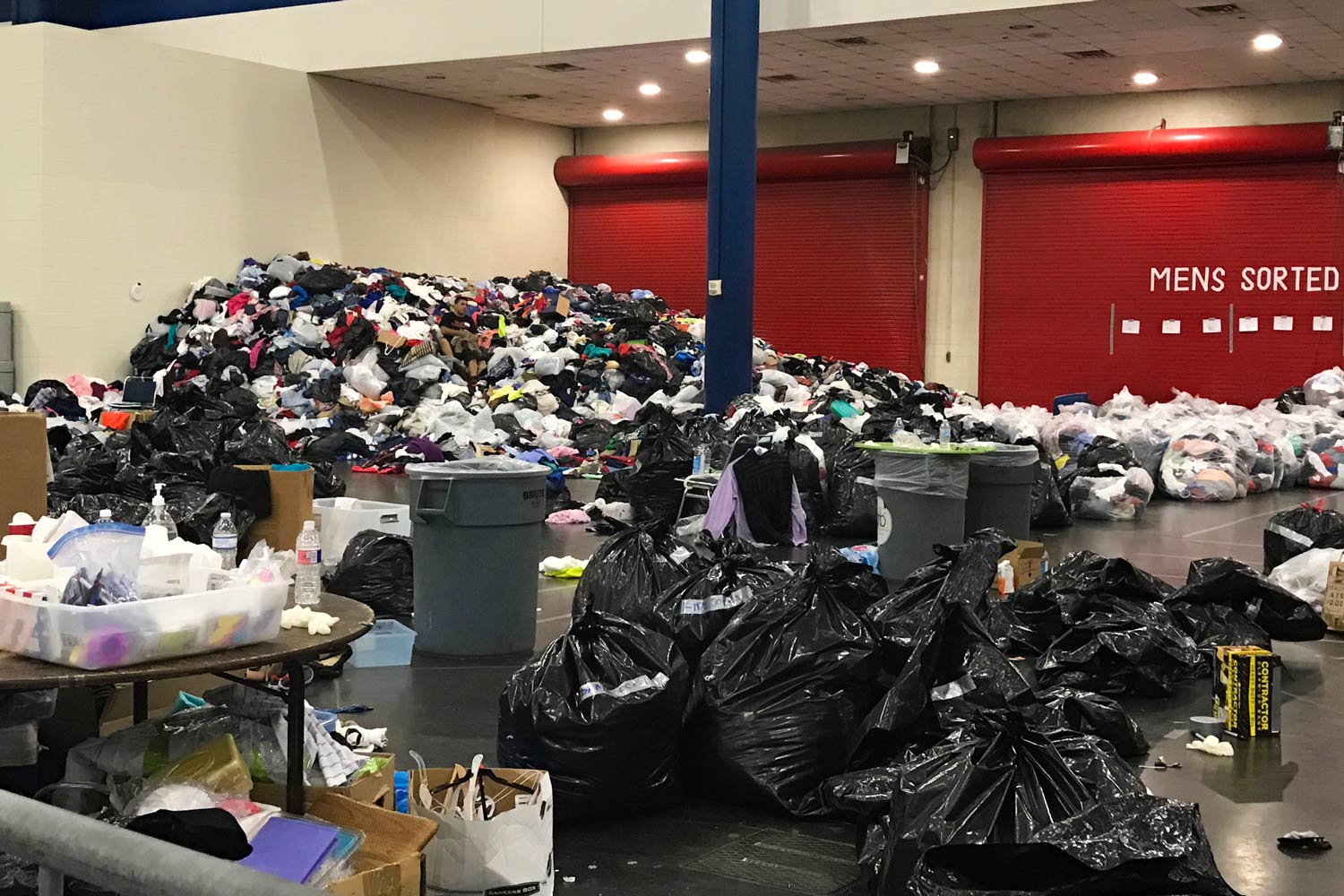 That’s where Apple plans to go, after earning a B.S.N., then a master’s, and finally a Doctor of Nursing Practice degree. UVA’s programs, she says, suit her perfectly, offering in-person, once-a-week courses well-tailored for the working nurse, plus faculty mentors who are “fantastic” and “amazing.” And her relationship with UVA, which spans two generations (her mother, Mary Kay Goldschmidt, is a “triple ’Hoo,” having earned her R.N. to B.S.N., an M.S.N. and a D.N.P. from UVA Nursing) is part of her path to the future she imagines.

“For me, getting my B.S.N. wasn’t just checking off a box, just something I needed to do for work,” she said. “Nursing is something I’m passionate about, and I want to get the most out of my education. I’ve grown to absolutely love academia, and my experience at UVA has really lit a fire in me to want to teach.”

For Apple, that walk on UVA’s storied Lawn next spring will be one of a series of victories in her planned ascent in nursing, and testimony to her passion for high-octane environments, a love of helping others and a reflection of her mother’s influence. Her work in response to Harvey, like her love of UVA, brings her into contact with the good guys.

“It’s really impactful to me to meet people who are, by virtue of being good human beings, heroes,” Apple said. 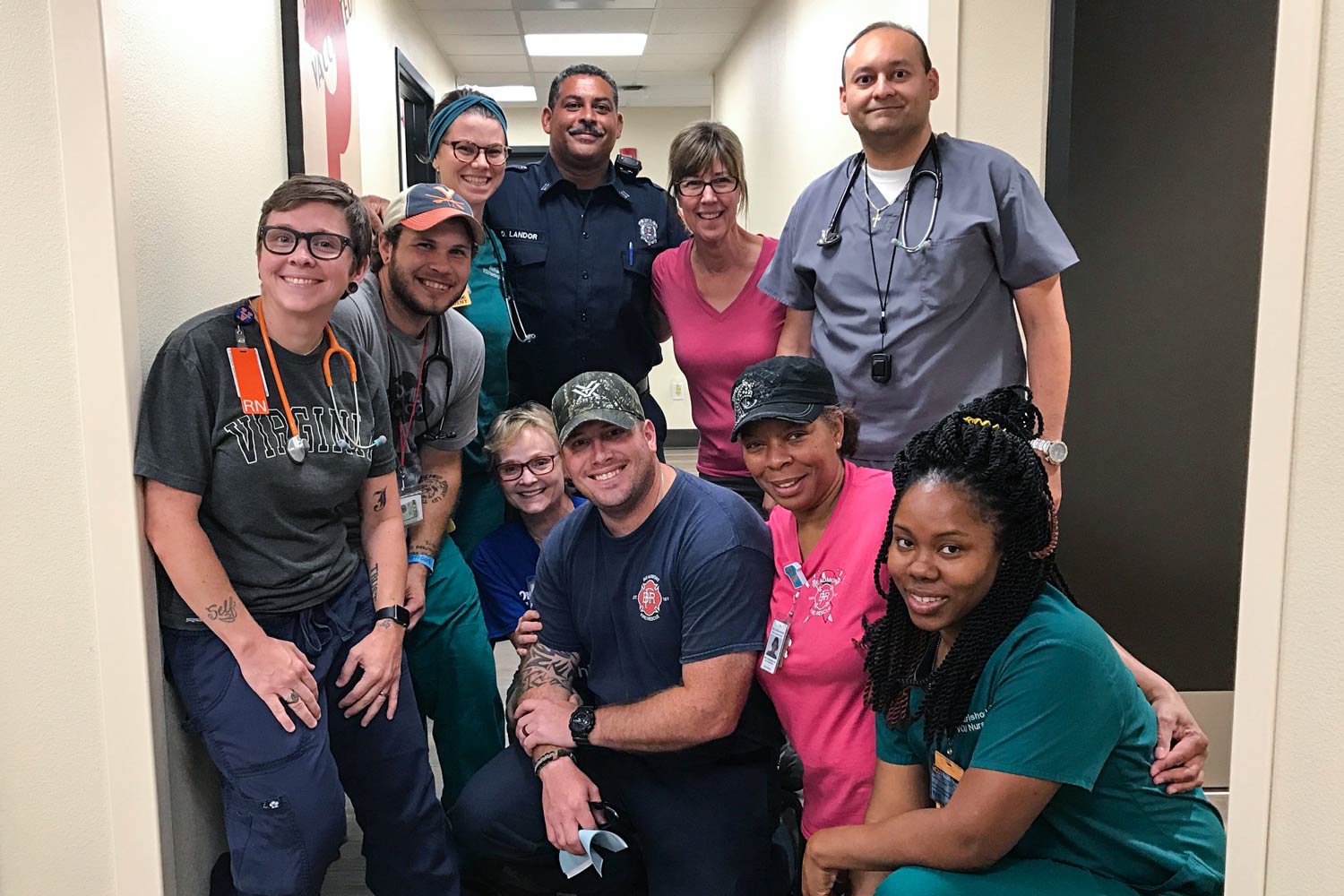 Q&A: Assessing the Risks and Rewards of Pelosi’s Plan to Visit Taiwan END_OF_DOCUMENT_TOKEN_TO_BE_REPLACED

These Giant Wind Turbines, Inspired by Palm Trees, May Be the Future of Renewable Energy END_OF_DOCUMENT_TOKEN_TO_BE_REPLACED