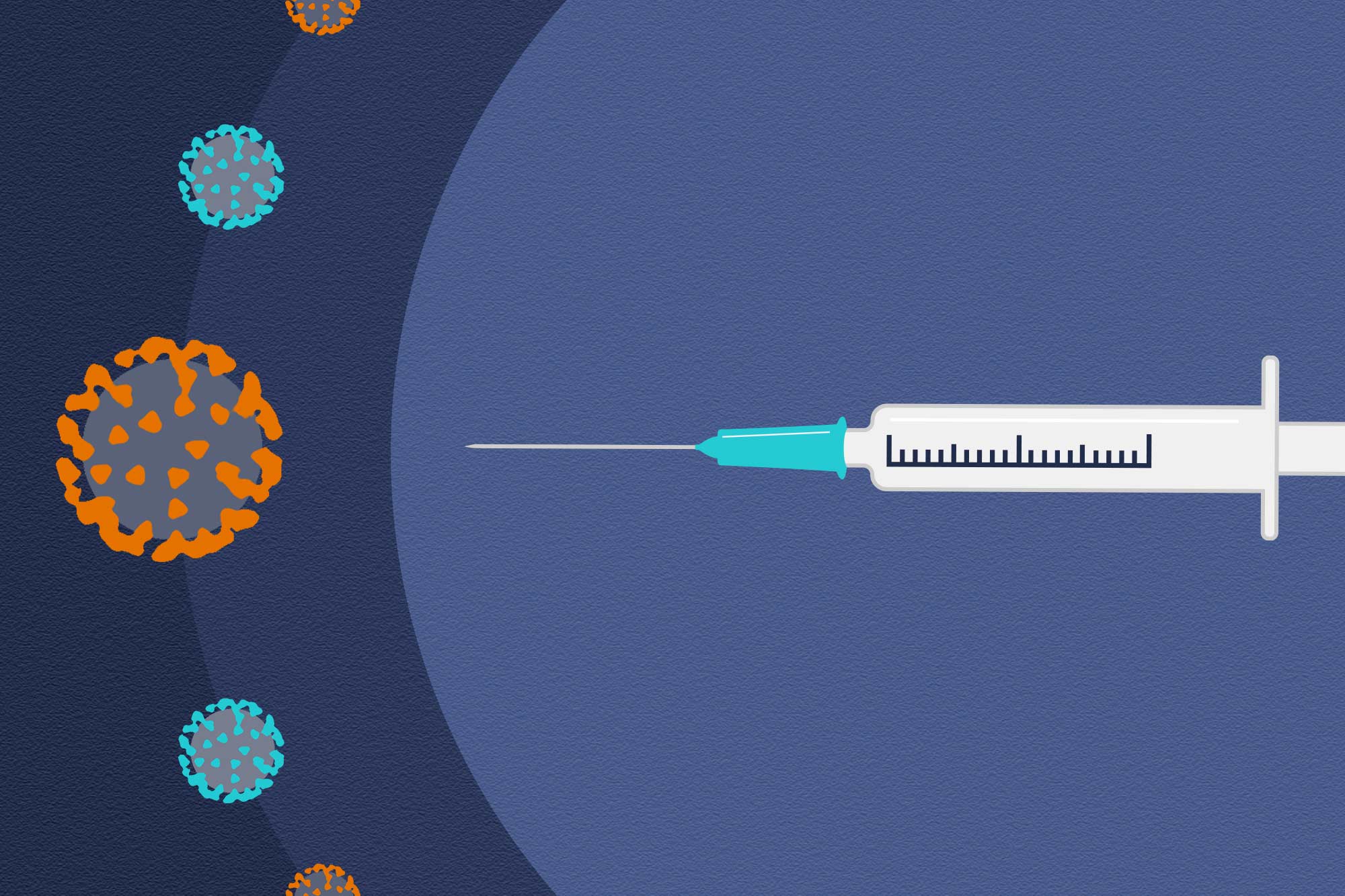 The University of Virginia collaborated on research, released Wednesday, that found commercially available COVID-19 vaccines could be more effective against new variants if paired with a type of messenger RNA vaccine now in development.

In about 100 hamsters, the researchers found the combination “induced more robust control of the delta and omicron variants in the lungs, but also provided enhanced protection in the upper respiratory tract,” the study reports. The findings were published in the journal Science Translational Medicine.

Although testing of the combination has not yet progressed to human trials, the relatively high protective immunity focused in the lungs shows great promise, said Jie Sun, Harrison Distinguished Teaching Professor of Medicine at UVA.

Specifically, research led by the University of Texas combined a vaccine that targets the spikes on the surface of the coronavirus – the kind of mRNA vaccine most of us have received by now – with a less familiar type that targets the virus’ nucleocapsid. That’s the surrounding protein that coats the virus’ nucleic acid. Researchers often refer to the separate proteins by their first letters – “S” and “N” – for short. 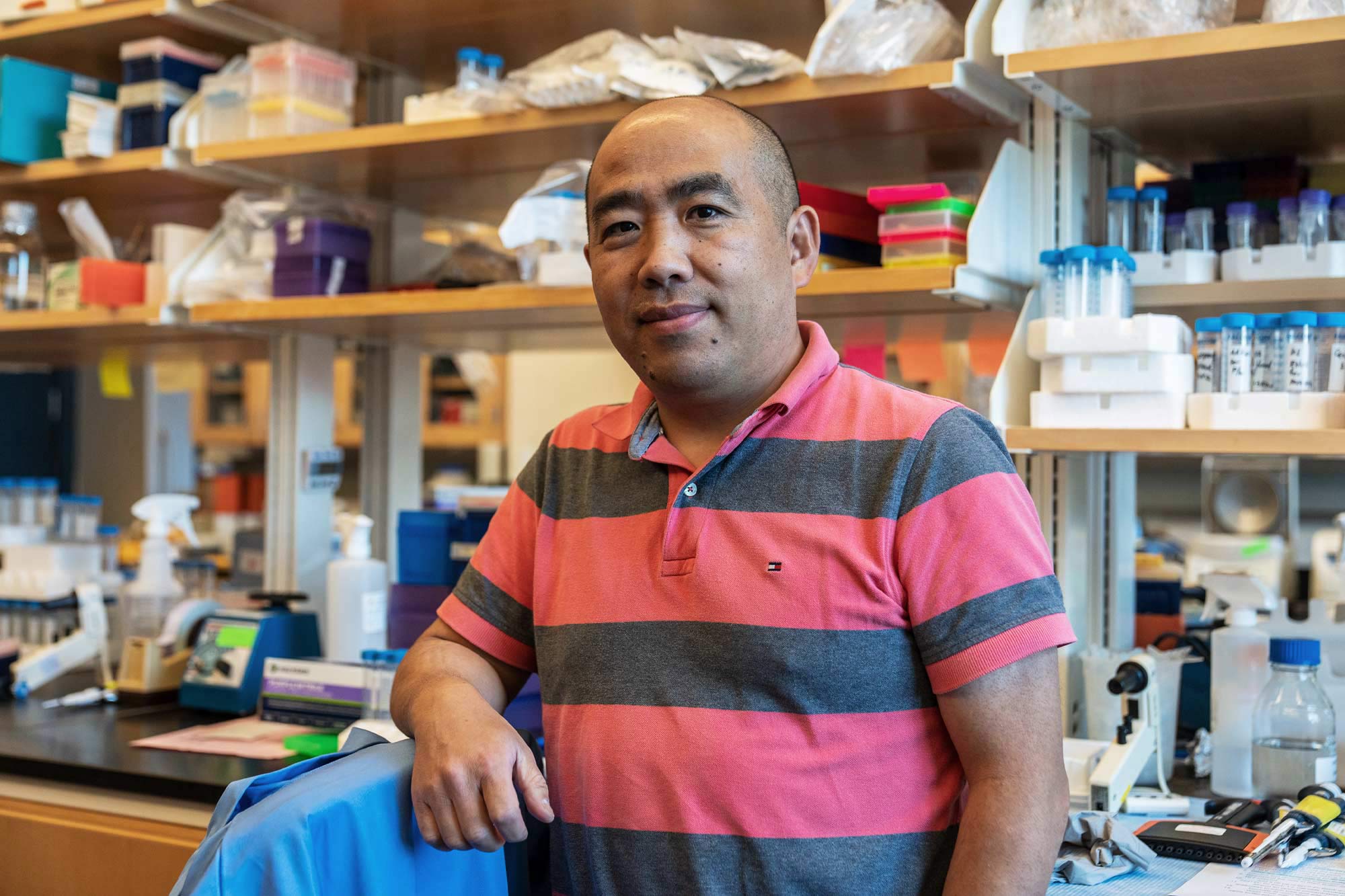 Jie Sun, a collaborator on the research, serves in the School of Medicine’s Division of Infectious Diseases and International Health. (Photo by Erin Edgerton, University Communications)

“N protein is conserved among viral variants and can particularly induce strong cellular immunity, which can directly kill virus-infected cells,” Sun said, emphasizing the importance to the lung’s mucosal lining. “On the other hand, the spike mRNA vaccine induces protective humoral immunity – meaning antibody responses circulating in the blood and other bodily fluids – but can be escaped by viral variants.

“The idea of combining the two vaccines is to bring the two immune arms into the place with one vaccine regime to generate a more robust and broadly protective vaccine platform.”

Boosting immunity to the virus in the lungs has been an ongoing research focus of Sun, who serves in the School of Medicine’s Division of Infectious Diseases and International Health and is an associate director of the University’s Carter Immunology Center.

Previous research he led found that bloodstream-based immunity gets strongly ramped up by the current type of mRNA vaccine, while the mucosal linings experience moderate or little neutralizing antibody response.

For the new research, Sun and colleagues helped analyze the immune response demonstrated by the rodents’ T-cells, which are a type of white blood cell, following the combined immunizations.

He sees the pieces of a more effective vaccine strategy coming together, although he believes that a nasally delivered vaccine targeting the mucosa would confer the most lung protection.

“This combined vaccine still uses the intramuscular immunization route,” Sun said. “It would offer better protection against the disease than the current spike-only mRNA vaccine, but likely does not completely prevent the infection and so may not stop the transmission or spread of the virus.”

He cited two mucosal vaccines that were approved last week in India and China as additionally hopeful.

Still, he thinks COVID-19 will always be around. The idea is to make it as manageable as possible.

“We probably cannot completely eliminate the virus,” he said, “but I am optimistic that we eventually can contain the virus at a relatively low endemic level with the pre-existing mucosal immunity induced after prior infection, breakthrough infection and/or mucosal vaccines.”

What’s the True Story of Brooks Hall? This Architectural Historian Has the Answer END_OF_DOCUMENT_TOKEN_TO_BE_REPLACED

At UVA, There Is a Club for Everyone END_OF_DOCUMENT_TOKEN_TO_BE_REPLACED