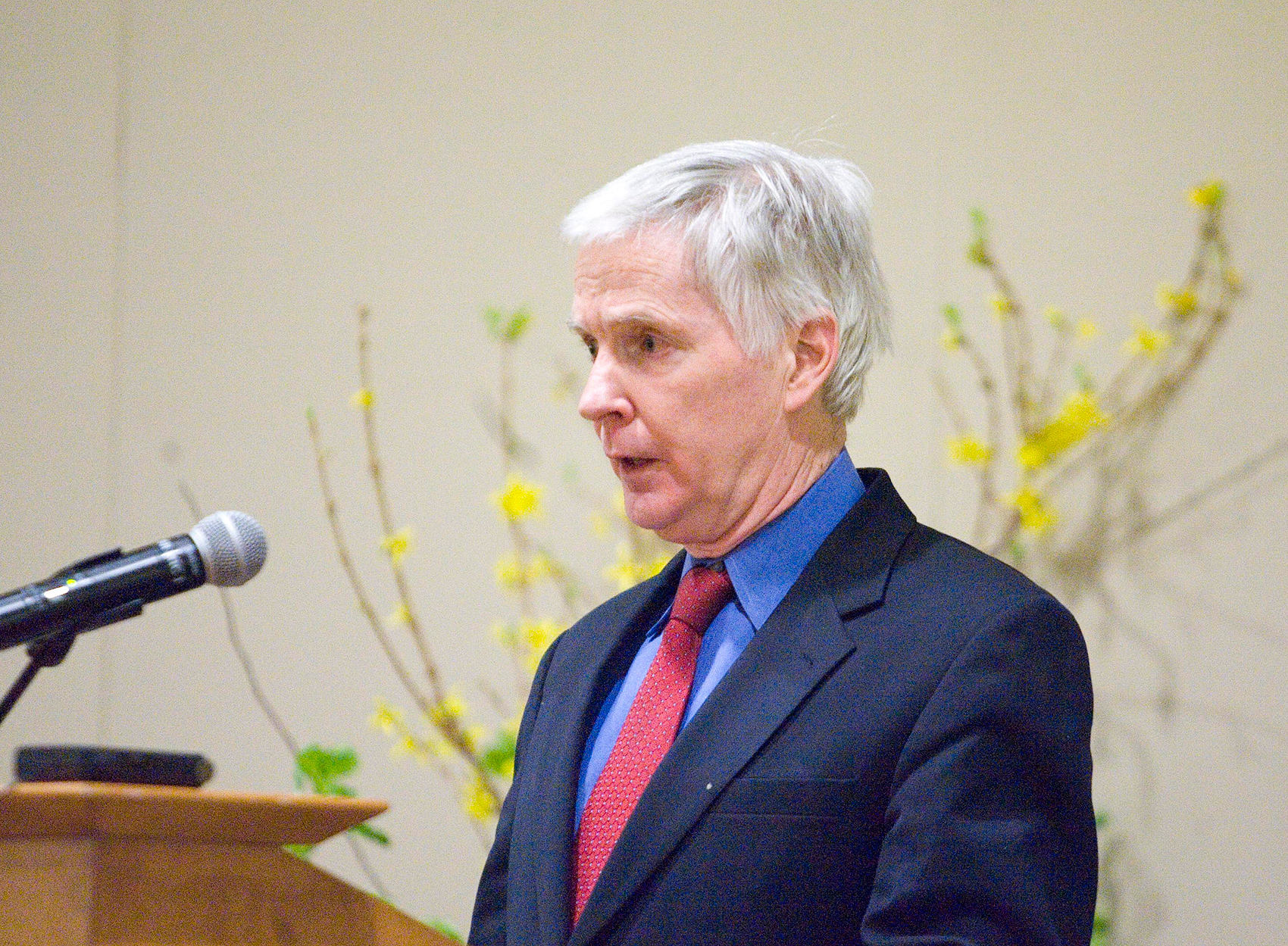 U.S. relations with Iran have been mostly frosty since the 1979-81 hostage crisis, when 52 Americans were held hostage in Iran for 444 days. But relations were on the cusp of a new era in January 2002, after Iran had helped the U.S. in Afghanistan in the wake of the Sept. 11 terror attacks, and the countries were discussing possible further cooperation against their common enemy, Saddam Hussein.

That progress was abruptly obliterated on Jan. 29, 2002, when then-President George W. Bush, in his State of the Union address, described Iran as part of an “Axis of Evil” supporting global terrorism and seeking weapons of mass destruction, former U.S. Ambassador Ryan Crocker told a crowd of about 80 University of Virginia students gathered Tuesday evening in Newcomb Hall Ballroom.

“There, in my view, went a chance at the time to restructure fundamentally the U.S.-Iranian relationship,” Crocker said.

While Bush’s speech derailed the prospect of a new era of warmer relations, relations may yet be reset in coming months if the international community, led by the U.S., can reach a new agreement with Iran on its nuclear programs, said Crocker, who is a former U.S. ambassador to Iraq, Afghanistan, Pakistan, Syria, Kuwait and Lebanon, and the current James R. Schlesinger Distinguished Professor at the Miller Center.

When Crocker was awarded the Presidential Medal of Freedom, the nation’s highest civilian award, in 2009, Bush called him “America’s Lawrence of Arabia,” after the famed British diplomat who lived among Arab tribesmen in the early 20th century, and said his understanding of the region is unmatched.

During an hour of remarks and 30 minutes of fielding questions, Crocker, whose 40-year diplomatic career began at the U.S. consulate in Khorramshahr, Iran in 1972, gave a comprehensive overview of Iran’s history of relations with the U.S., interwoven with his own personal history, which often gave him an insider’s seat.

Early in his career Israel invaded Lebanon in 1982 to neutralize forces of the Palestine Liberation Organization that were launching regular attacks on Israel. Crocker, posted in Lebanon at the time, was in the middle of the negotiations that led to an initial ceasefire. “I was 32 years old, and I was thinking ‘I just negotiated the end of a war.’ How cool was that?,” he said.

Minutes later, gunshots resumed as the Israelis seized on a technicality in the agreement to continue moving north toward Beirut, drawing fire from more militants, which was their original plan all along. The PLO soon fled Lebanon, which the U.S. and Israel considered a great success.

But “something unforeseen” then took place. The young Islamic Republic of Iran, seeking a way to project power beyond its borders, supported the Alawites, a Shia minority in Lebanon. This gave rise to Hezbollah, a Shia militant group dedicated to resisting Israel, with a paramilitary wing trained, armed and funded by Iran, that has gradually grown to become stronger than Lebanon’s military.

“Herein one finds the law of unintended consequences,” Crocker said, a lesson that America failed to learn in Lebanon. “If you are party to major military incursion, you have to understand there will be not just third- and fourth-order consequences, there will be 20th- and 30th-order consequences of something that big, that you cannot foresee or predict, no matter how much planning you do. You are setting in motion forces you not only can’t control, but you can’t even imagine.”

Turning to present-day Iran, Crocker said that, after several rounds of negotiations, Iran and the five permanent members of the U.N. Security Council – Britain, China, France, Russia and the United States – plus Germany, often called the P5+1, struck an interim agreement on Iran’s nuclear issues in November. The deal creates a six-month window, starting Jan. 20, to reach a comprehensive accord to allay international concerns that Iran is pursuing nuclear weapons capability – allegations denied by Tehran. Under the interim accord, Iran agreed to temporarily cap parts of its nuclear activities in exchange for modest relief from crippling international sanctions, under which Iran’s economy has contracted 40 percent.

Crocker spoke Monday at the Miller Center on the same topic, and spoke afterward with R.K. Ruhi Ramazani, U.Va.’s Edward R. Stettinius Professor Emeritus of Government and Foreign Affairs and one of the world’s foremost experts on Iran. Ramazani expects that the comprehensive deal will happen, Crocker said, in answer to one of many student questions. “Things are too volatile inside Iran. Sanctions have bitten too deeply. They risk economic destabilization.”

Adding his own take to Ramazani’s analysis, Crocker noted the deal won’t happen unless “they can get out of this saving face, which is critically important given the long history” of U.S. interference in Iran’s domestic politics.

U.S. interference stretches back to U.S. involvement in the 1953 coup that overthrew the country's democratically elected prime minister, Mohammed Mossadegh, to restore the despotic regime of Shah Mohammad Reza Pahlavi, who ruled until he was overthrown in the 1979 Iranian revolution.

If the comprehensive nuclear deal is approved, it “will totally change the dynamic of relations,” Crocker said. The key to the deal, he said, will be the approval of Maj. Gen. Qassem Suleimani, the commander of Iran's elite Quds Force and a shadowy figure who is little-known in the West but is the second-most powerful person in Iran, behind Supreme Leader Ayatollah Ali Khamenei.

The interim deal did not happen without Suleimani’s assent, and his assent will also be required for the comprehensive deal, Crocker said. Crocker noted that he is not inclined to irrational exuberance about Iran, and he was simply laying out “what could happen.”

“The history of Iran’s relations with the West over the last century-plus, particularly relations with us since the revolution, demonstrates profound antipathies and neuralgias that are not going to be overcome with one wave of the wand,” he said.

“We need to make the decision that a very different relationship with Iran is very much in our national interest, and allow it the time and the persistence it’s going to take to get there. Patience is not our long suit.”

The Miller Center sponsored the event and held it on central Grounds as part of a push to make Miller Center speakers more easily accessible to U.Va. students, said William Hitchcock, a professor of history and director of research and scholarship at the Miller Center, who introduced Crocker.