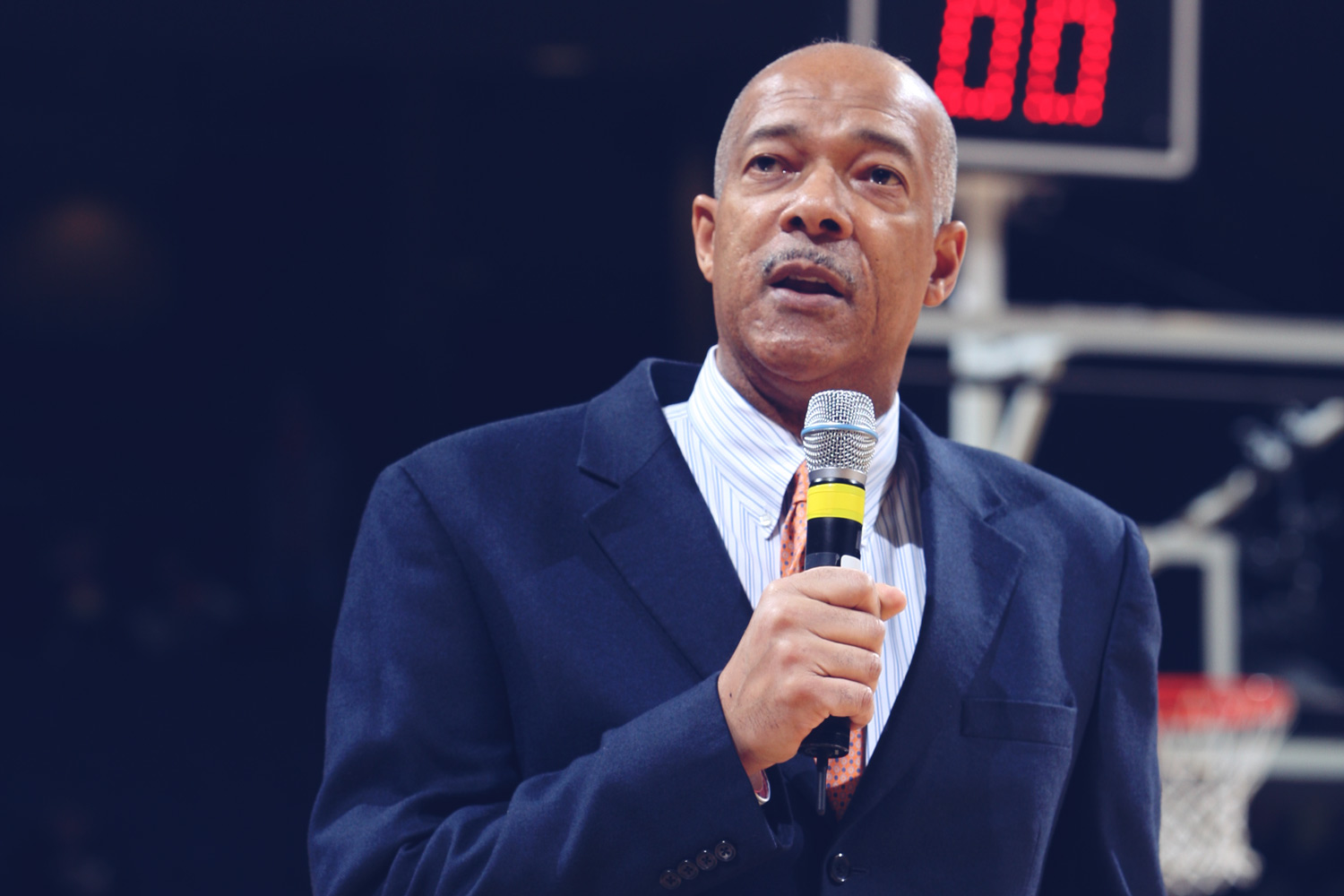 University of Virginia Director of Athletics Craig Littlepage announced today he will retire from his position and transition to a role in the University President’s Office. Littlepage will remain director of athletics until his replacement is in place.

Littlepage was appointed director of athletics on Aug. 21, 2001. He also served as the University’s interim athletics director from December of 1994 to July of 1995. 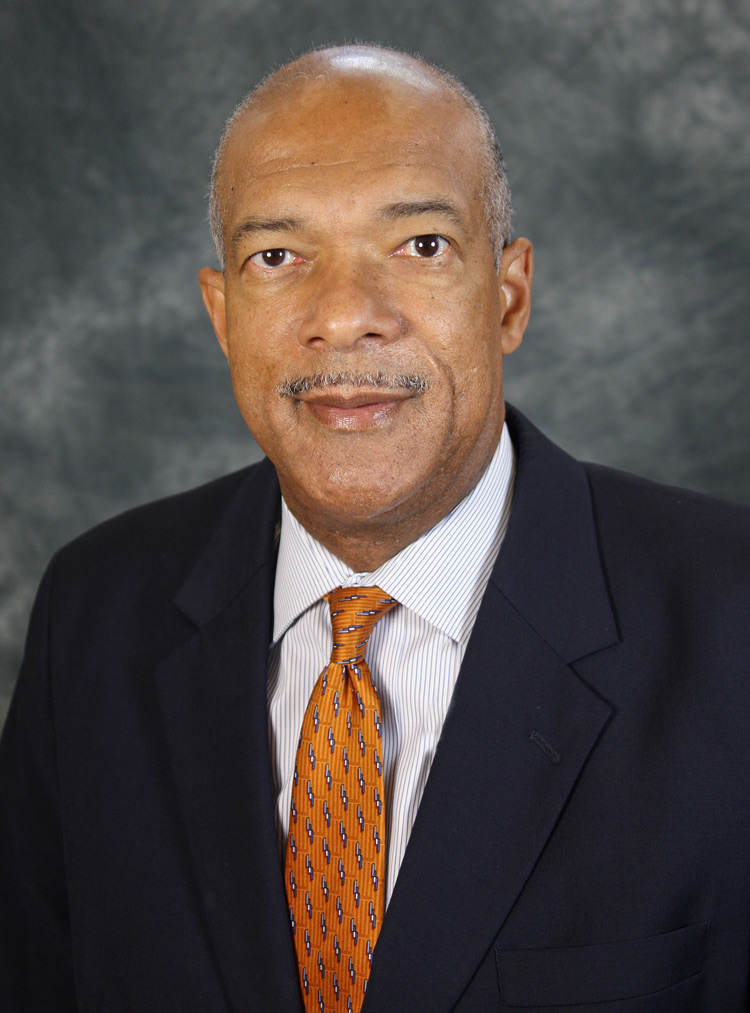 “It’s hard to believe how fast the last 16 years as the director of athletics at UVA have gone,” Littlepage said.  “Overall, to have worked and lived in Charlottesville and the University community for 35 of the last 41 years is truly a blessing. After much thought and consideration, I realized this was the right time for me to step aside.

“There is a sense of great pride in the accomplishments of our program since taking over as AD in 2001. When I reflect on the great coaches that have come here, the facilities and talented student-athletes, I can move ahead knowing the athletics program has a great foundation.

“Thanks must go out to my family, our senior staff, coaching and department staff, student-athletes, colleagues at UVA, and the donors and fans of our program for their support. I am grateful to President John Casteen and President Terry Sullivan for the opportunities and support they’ve provided. You cannot have any measure of success in intercollegiate sports without a caring and supportive president.

“None of what we’ve achieved could have been done without the collective efforts of everyone that loves the University and our athletics program. I will always be a Cavalier and look forward to continuing to follow the success of Virginia athletics.”

“Virginia athletics are synonymous with excellence and integrity, and much of the credit for that belongs to Craig Littlepage, a class act in every way. Legions of Wahoo student-athletes have Craig to thank for bringing them a one-of-a-kind life experience, and UVA supporters around the country can take enormous pride in being associated with one of most accomplished and best-run operations in college sports.”

During Littlepage’s tenure, Virginia athletics has enjoyed its most successful era to date. In 2002, Virginia introduced “Uncompromised Excellence” as its brand statement to support the athletics department’s 10-year goals. During the 10-year period from 2002 through the spring of 2012, UVA won seven NCAA team championships and 53 ACC championships while graduating 93 percent of student-athletes who completed their eligibility. More than $350 million was raised during this 10-year period by the Virginia Athletics Foundation, including $130 million for the construction of John Paul Jones Arena and $140 million in annual giving.

UVA student-athletes have also continued to achieve at a high level academically. Most recently, 323 Virginia student-athletes were named to the 2016-17 ACC Academic Honor Roll, and the overall 2017 spring semester grade-point average of 3.1 was the highest semester GPA since 2003.

The current “All In For Excellence” fundraising initiative has raised more than $153 million to support scholarships, scholarship endowment, operational support and facility enhancements since spring 2013.

“Craig Littlepage has made a significant impact during his time at the University of Virginia,” UVA president Teresa Sullivan said. “The athletics program is now recognized among the nation’s elite. Our student-athletes are students first and their success in the classroom is reflective of their strong commitment to academics. The athletics department also operates with integrity and an unwavering desire to follow the rules.

“These values are created and are part of the fabric of the athletics department, thanks to strong leadership. I would like to thank Craig and his family for their dedication to the University and our community and I look forward to continuing to work with him in his new role.”

“His leadership and positive influence are well-known, beginning with his days as a student-athlete and continuing throughout his coaching career and his 25 plus years in athletics administration. Craig is one of the most highly respected individuals within the ACC, among his peers, and across the overall landscape of collegiate athletics. Even more impressive is how remarkable he is as a person.”

The first African-American athletics director in Atlantic Coast Conference history, Littlepage was named the Black Coaches Association’s “Athletics Administrator of the Year” in 2003 and 2006. He was also listed on Sports Illustrated’s list of the 101 most influential minorities in sports in 2003 and 2004. In March 2005, Littlepage was named one of Black Enterprise magazine’s “Most Powerful African-Americans in Sports.”

Littlepage has held many leadership roles within the NCAA, ACC, the University-at-large and in professional organizations. He served on the Executive Committee of the National Association of Collegiate Directors of Athletics from 2006 to 2010. In February 2002, he was appointed to the 10-member Division I Men’s Basketball Committee by the NCAA Championship/Competition Cabinet and served a five-year term that was completed Aug. 31, 2007. In 2005-06, Littlepage served as the chair of the Men’s Division I Basketball Committee and administered its NCAA Tournament selection process.

“It’s been a joy to work for Craig and he should head into his retirement with a big smile on his face knowing he did things the right way while making a significant impact on the success of Virginia athletics. I’m thankful for his support and mentorship, and wish he and his wife, Margaret, all the best.”

Littlepage previously was a member of the NCAA Division I Infractions Committee and the NCAA Academics, Eligibility and Compliance Cabinet, serving on the Recruiting and Student-Athlete Reinstatement subcommittees. He chaired the Reinstatement Subcommittee in 1999-2000. He also served the NCAA on committees that studied sports wagering, postgame crowd control, basketball issues and the College Basketball Partnership. He has participated as a presenter and mentor to the NCAA’s Ethnic Minority Male Institute, the Black Coaches and Administrator Association, and other NCAA leadership development programs designed to help aspiring athletics administrators and head coach candidates in football and basketball.

Before beginning his career in athletics administration, Littlepage served two stints as an assistant coach with the Cavalier men’s basketball program, from 1976 to 1982 and from 1988 to 1990.

Littlepage held head men’s basketball coaching positions at Pennsylvania (1982-85) and at Rutgers (1985-88) before returning to Virginia. While he was at Penn, his alma mater, the Quakers won the Ivy League championship and participated in the 1985 NCAA Tournament. Littlepage was an assistant basketball coach at Villanova for two years and at Yale for one year before joining the UVA program as an assistant coach in 1976.

A national search for Littlepage’s successor will begin in the near future.

For All of Us END_OF_DOCUMENT_TOKEN_TO_BE_REPLACED