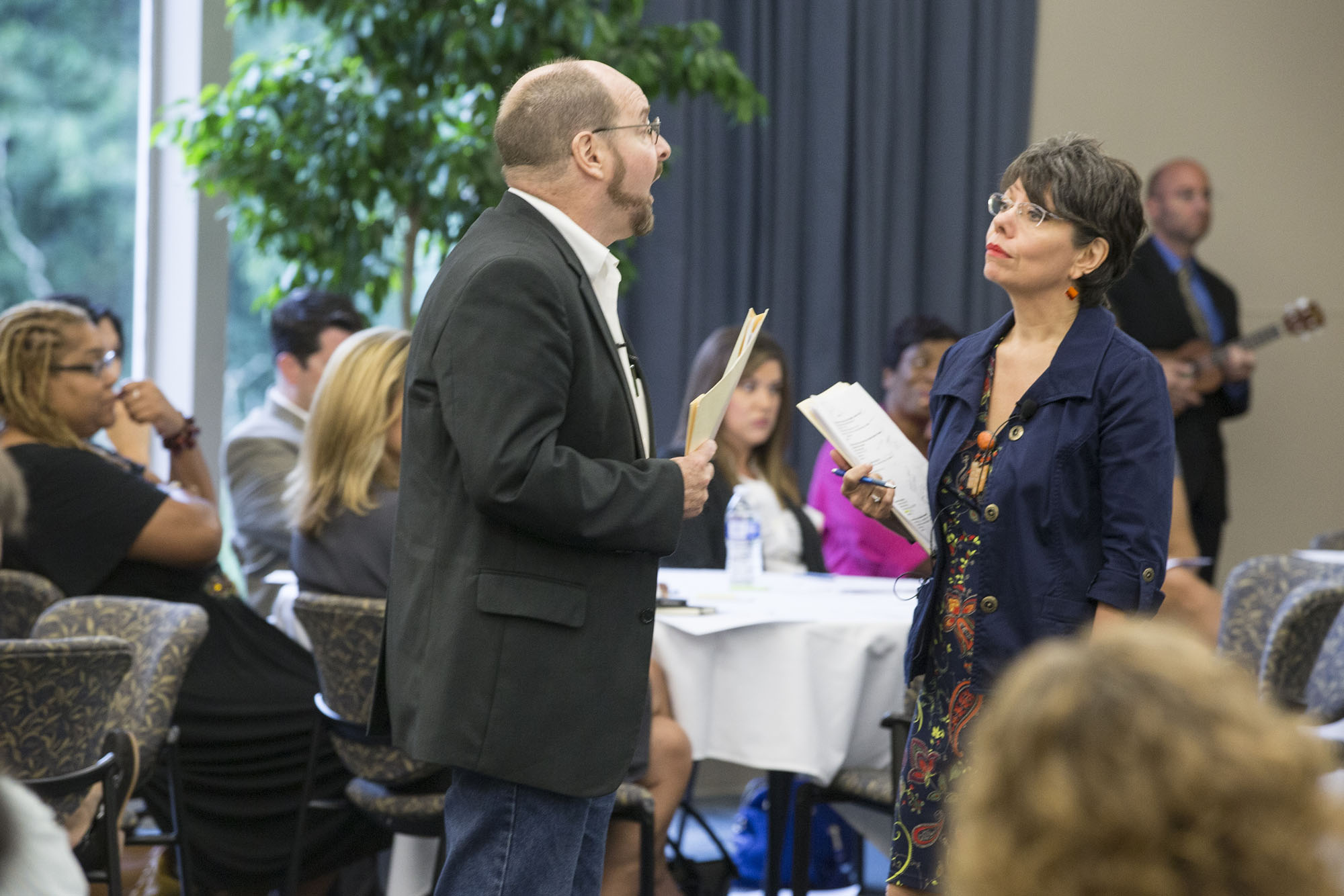 The number of women being trained to enter engineering, science and social science academic careers is not the cause of female underrepresentation in those fields, attendees at a University of Virginia seminar on faculty hiring learned Monday.

National data shows the problem is they’re not being hired, said Mary Lou Soffa, Owen R. Cheatham Professor of Computer Science in the U.Va. School of Engineering and Applied Science.

The National Academy of Sciences concluded in a 2006 study that science, technology, engineering and mathematics fields employ fewer women across the country because of “implicit gender bias” – unconscious stereotypes about men’s and women’s roles and abilities.

To address those concerns and others, the Executive Vice President and Provost’s office last year launched U.Va. CHARGE, a five-year program funded by the National Science Foundation’s ADVANCE Institutional Transformation program to recruit and retain more talented and diverse female faculty. Soffa is part of the 13-member team, led by principal investigator Gertrude Fraser, an associate professor of anthropology, carrying out the program.

Its initiatives include leading workshops for departmental teams to identify hidden barriers to success for women and to change the academic culture that perpetuates the problem.

Monday’s seminar began with a visiting theatrical group, the University of New Hampshire Players, acting out a skit showing some of the important issues that faculty search committees and academic departments face.

Kerry Abrams, U.Va. vice provost for faculty affairs and Albert Clark Tate Jr., Research Professor of Law, introduced the program. “You can’t make a place diverse accidentally, or intentionally without knowing yourself and being self-critical,” she said. The large number of University faculty members projected to retire in the next five years – as many as 400 – will make for an unprecedented demographic transformation, she said, and that’s one reason why diversifying the faculty is so important now.

The play depicted a faculty search committee with two full professors, two associate professors – one male and one female in each group – plus a male assistant professor and the disembodied voices of the department chair and the retiring professor being replaced. They acted out some of the difficult conversations, tensions and mistakes search committees and department chairs can make in recruiting and hiring new colleagues.

For example, the department chair asks for volunteers to join the search committee instead of appointing them, not taking responsibility for the process and not giving them any guidelines. In another scenario with the two associate professors, the male professor accuses his female colleague of being bossy, which often happens when women are assertive. When the new faculty member is hired, the senior male professor welcomes her, acting particularly condescending. It really should be the department chair or dean doing the welcoming, participants said afterward.

After the performance, facilitator Jeffrey Steiger, artistic director of the Center for the Application and Scholarship of Theater at the George Washington University School of Medicine, asked people to come up with a metaphor for their departments to think about what kind of problems they face at this time.

One person described his department as “primordial Earth – at the beginning of the story,” because it is evolving, but no one knows what the place will look like. Another called her department a nursing home where junior faculty members are treated like pets. A third likened her department to a mansion whose older inhabitants would not make room for new faculty, leaving the latter stuck outside in trailers.

The participants also said, when it comes to recruiting and hiring, deans and department chairs should give clear directives to search committees. Everyone involved should have the same definition of diversity, knowledge of what attributes the department is looking for and what goals for the future they are working toward, Steiger said in summarizing some comments.

Through the U.Va. CHARGE program, faculty search committees now have a comprehensive online system to help organize the search process from start to finish.

The website content – to be modified and expanded over the next two years – was developed using research-based best practices, Soffa said. It brings together information about faculty searches that has existed on several websites in different locations, plus a wealth of new resources.

“The purpose of U.Va. CHARGE is to hire more women in STEM fields, but this site can be used by anyone and is good for all searches,” she said. The program also seeks to increase the number of women in social, behavioral and economic fields, where women are also underrepresented on Grounds and nationwide.

While implicit bias is one stumbling block for women, the top reason female candidates give for turning down a U.Va. job offer is a lack of job opportunities for their partners or spouses, which becomes an issue in smaller cities like Charlottesville that are not part of a bigger urban hub.

“Women have more trouble with that, because they are more likely to be married to another academic,” often in the same discipline, Soffa said.

U.Va. CHARGE team member Archie Holmes, an electrical and computer engineering professor who is vice provost for educational innovation and interdisciplinary studies, said that the program will sponsor a “Tournament of Ideas” this fall “to generate innovative solutions, policies or practices to address the challenges faced by dual-career couples in academia generally, and specifically at U.Va.”

The competition, which begins Sept. 16 and closes Oct. 16, is open to the University community – faculty, staff, students, alumni and their spouses or partners. The top two ideas, as judged by a panel, will receive $3,000 and $1,500, respectively. Rules and guidelines are available here.