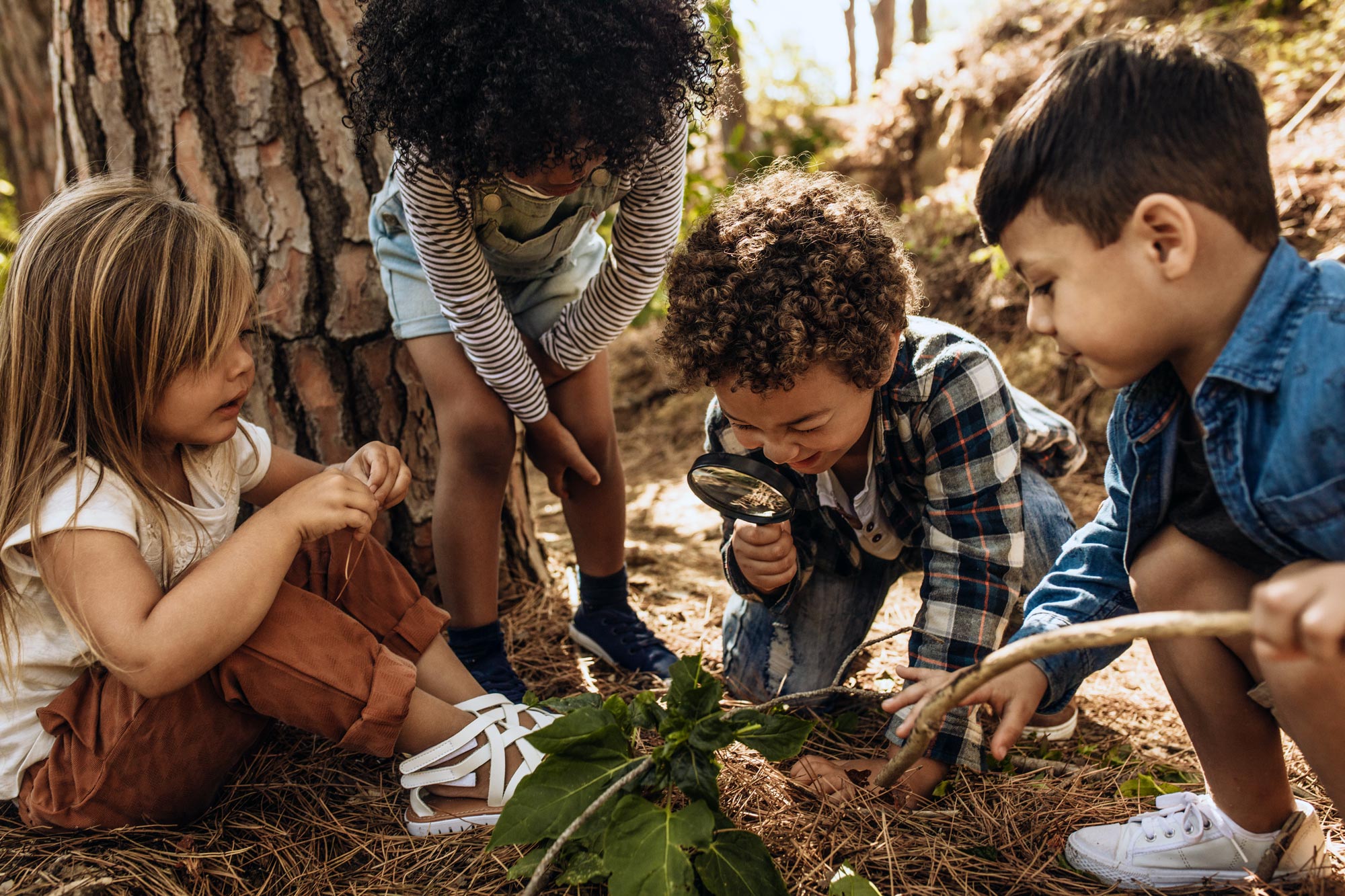 “Young children are capable of so much more than we give them credit for,” UVA education professor Jamie Jirout said.

One of the few traits universal to people across the world, regardless of age, gender, race, background, socioeconomic status and culture? Curiosity.

Curiosity is ubiquitous, which is one of the reasons that Jamie Jirout, assistant professor in the University of Virginia’s School of Education and Human Development, decided she wanted to study it.

Now, she will have even more time and resources to do so, after being awarded a 2021 Jacobs Foundation Research Fellowship, one of only four U.S.-based scientists given the prestigious honor (the other nine recipients are international) out of hundreds of applicants.

Based in Switzerland, as its website notes, “the Jacobs Foundation Research Fellowship Program is a globally competitive fellowship program for early and mid-career researchers whose work is dedicated to improving the development, learning, and living conditions of children and youth. The relevant disciplines include, but are not limited to, education sciences, psychology, economics, sociology, family studies, media studies, political science, linguistics, neurosciences, and medical sciences.” 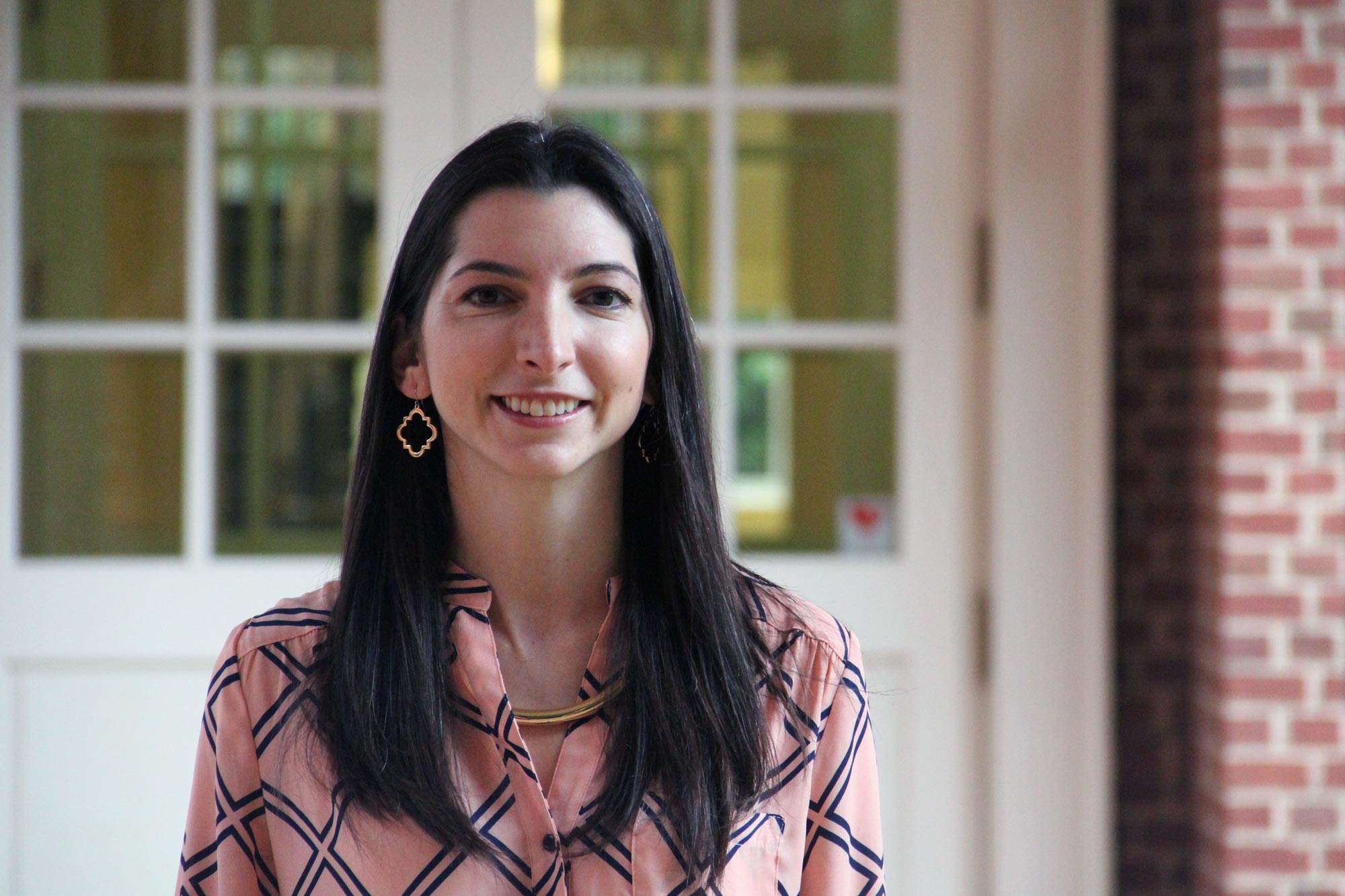 We talked to Jirout about her research and how this fellowship will continue to advance her study of curiosity.

Q. Have you always been curious about … curiosity?

A. Yes. When I was an undergraduate, my senior thesis looked at science education and a science curriculum in Head Start programs. We saw gains not just in science, but across all eight domains that we were studying. And I wondered: Why did science have such a big impact on kids?

I wanted to see if science education promotes curiosity, and I realized there was so little research on curiosity that we didn’t have an effective way to measure if education influences curiosity. So, in graduate school, I focused on, ‘What is curiosity and what does it look like in children?’

Q. And what did you find from that early research?

A. If people are curious, we know there is something they want to know that they don’t currently know, and that when people experience a knowledge gap, sometimes it leads to curiosity – but sometimes it doesn’t. By looking at individual preferences for the amount of uncertainty (knowledge gap), I can start to understand why sometimes people become curious and sometimes they don’t, or how to promote curiosity. I tried to get at individual differences in curiosity by looking at how much uncertainty will lead to exploration in individuals. Some kids are OK with a little uncertainty, some are OK with a lot.

My measure looked at where that peak was and the probability. We had some kids who wanted to explore when there was no uncertainty, i.e. when we would ask them things like, ‘Why did you pick this?’ they’d say, ‘Well, I like to be right and when I know what the answer will be.’ You could see this focus on performance that people had already started to teach these kids and a focus on knowing the answer and being correct. The kids who picked complete uncertainty said that they liked a mystery or a challenge.

Q. Can you share the current focus of your research?

A. I have a grant from the Templeton Foundation to look at curiosity in school settings, and the related basic questions: Is curiosity stable over time, or do we see fluctuations? And how does the school context influence children’s curiosity over time?

Through that work and that grant, we are looking at how often teachers have students asking to generate questions and how much autonomy children have in deciding what they want to learn about. Also, focusing on process over product – for example, when a teacher says, ‘See if you can figure out how to solve this problem’ – where the focus is in the instructional language.

The way assessments in schools are typically used is focused on performance, when we should focus on mastery and understanding. We want students to feel like the goal is to learn, and to focus on what they don’t know, not that they have to know everything. Intentional focus on promoting curiosity will hopefully refocus students on learning rather than performance.

Q. How will you use the Jacobs Fellowship funding specifically, to build on what you’ve started with the Templeton grant?

A. I really want to look at the alternative education programs that exist: Montessori, Waldorf, and experimental-learning type schools, to see what the different methods of education – that aren’t the traditional U.S. school system – are doing that might be different. That’s what I focused on for this fellowship, especially because [the Jacobs Foundation] has a focus on thinking about the bigger picture: international scope and cross culturally.

The Jacobs Foundation also funds and supports people networking across their fields in really strong ways. I’m excited to be part of this fellowship network, where other fellows are studying curiosity, but from very different perspectives, so I can get their insights on things I may not be thinking about. And then, the questions I’m asking are more interdisciplinary.

Q. What does the existing curiosity research tell us?

We have another paper where we looked at curiosity as children’s enjoyment of learning in preschool and then in kindergarten, where we have a measure of their general knowledge, a measure that looks at world knowledge – things learned related to science and social studies rather than more rote knowledge like vocabulary and number recognition. We see that from preschool to kindergarten, the change in enjoying learning actually predicts kindergarteners’ general knowledge. So becoming more curious relates to more learning, but learning more doesn’t seem to relate to curiosity.

Q. Do we even need to focus on an intentional cultivation of curiosity itself, particularly with children?

A. It doesn’t seem like younger kids need much support to be curious outside of school. Kids are constantly coming up with questions and things they want to explore and try out, so as long as we encourage this – or, at least, don’t suppress it – it will likely continue. In the classroom, it seems like there’s some variability in the student experience, and whether curiosity is cultivated. Some teachers do an amazing job at getting their kids to be curious – you go into the classroom and the kids have all sorts of questions. What are those teachers doing, and how can you do that while also managing the class effectively, so the kids have the structure that they need to learn?

We want to learn from the teachers, so with this study, we’ll look at several time points that will allow us to control for what’s happening over time, so we can look at the teachers who are allowing for the change to happen with an increase in curiosity and see what those teachers are doing.

But I should add that I also think it’ll be more complicated, because if you have a group who’s naturally curious or feel very safe and supported by each other when they have questions, it’s easier for the teacher to embrace that.

Q. How has the pandemic and distance learning affected your research?

A. This is our first year of the Templeton Foundation study. It started in January 2020, and we were supposed to go into classrooms in fall of 2020. When the pandemic happened, we wanted to hold off on studying the students, since virtual learning hopefully won’t be the dominant learning method forever. We hoped to wait until either school returned to in-person learning or teachers had more time to establish their virtual teaching methodologies. So we designed ways of exploring our questions using tasks designed to be one-on-one; we spent a few months transitioning our measures to be digital, and then we started running sessions over Zoom.

Now, we’re at a point where whether schools are in person next fall or not, we’ll be able to still collect data, even if we can’t go into schools. In some ways, there’s some things that might stick from the current way of learning. How often did teachers use these online field trips during virtual school that maybe they’ll continue to use when we’re back in person? There might be some things that stick relating to kids going off to explore their own curiosities.

It’ll be really interesting to look longitudinally to see how curiosity changes or doesn’t change – to see whether that happens; I think it’ll be different for different kids based on their context.

Q. And kids are at home more now, and around their parents, so perhaps they are learning from their parents’ curiosities and learning, too?

A. Yes, that’s also a way with modeling; in the past, without as much technology, children probably didn’t see their parents showing that much curiosity. They won’t see them looking up an answer in a book – you’d have to go to the library. But now, my kids see me say, ‘I don’t know the answer, but let’s ask Google!’ So they see not only how to frame a question that requests the information we’re trying to get at, which is something younger kids have trouble with, but they’re also seeing more generally that I don’t know a lot of stuff, and that’s OK. If anything, they see me get excited when they ask something I don’t know. When they ask me and I realize I don’t know, I say, ‘Let’s find that out,’ and they see that curiosity being modeled.

Q. And it sounds like that could easily be carried over to the classroom?

A. We’ve seen instances where teachers can embrace the thought of, ‘I don’t know why that happened, let’s try to figure it out!’ Even if they know [the answer], helping the kids focus on the process of figuring something out. Some teachers try to hide when they make a mistake, like they are embarrassed. But that will teach the kids that if you don’t know something, that’s negative. That’s where we think the modeling can be really important.

Q. Does your study of curiosity, and what you find in your results, affect your own curiosity?

A. I’m a curious person, so I think it comes naturally to be modeling and learning things with my kids. I think it’s not even intentional, it’s more unintentionally you can always tell what I’m studying.

Here’s an example: when we moved to Memphis after I’d been studying spatial learning for three years, we were driving into the downtown area. At the time, my oldest daughter, Riley, was 4, and she was like, ‘Mom, I see a square-based pyramid!’ Usually 4-year-olds don’t use the correct three-dimensional labels for space! So I always notice this kind of spread of what I’m studying into my own kids behavior.

I think implicitly I model these things, but I do explicitly as well, because I know the research. It’s so hard for kids to grasp the idea of the Earth spinning on its axis, and that that’s what causes day and night, because we say things like ‘the sun is coming up and going down,’ so we teach incorrectly by the way we’re talking.

So, when my kids were little, I’d say to them, ‘The Earth is turning away from the sun. It’s getting dark.’ When Riley was 3, she’d say, ‘I wish the Earth would stop turning so it’d stay light out!’ They really do pick up on these things.

That’s something in cognitive development that we’ve been trying to emphasize for decades – young children are capable of so much more than we give them credit for. We don’t need to wait to teach them complicated things; we just need to start early and build the foundation for a more complete and accurate understanding. Helping children learn by letting their curiosity drive what it is they are learning can help to do this, and also support motivation for learning in educational contexts.

Should Alcohol Have Warning Labels About Cancer Risk? Most Americans Say ‘Yes’ END_OF_DOCUMENT_TOKEN_TO_BE_REPLACED