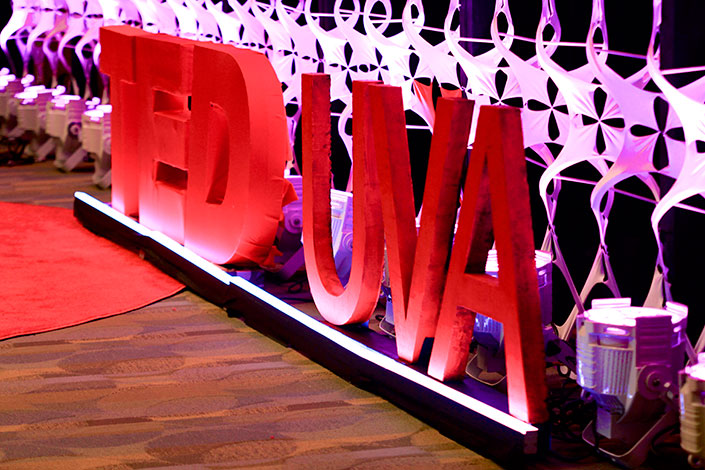 A slate of speakers on topics ranging from the merits of academically studying “Game of Thrones” to the benefits of pairing yoga with running will present Feb. 21 during the third annual TEDxUVA, an independently organized series of “TED talks” put together by students at the University of Virginia.

The TED franchise (which originally stood for “Technology, Entertainment and Design”), owned by the nonprofit Sapling Foundation, is dedicated to the concept of “ideas worth spreading” and has been organizing talks since 1984. These increasingly popular lectures – many of which are made available online – usually consist of experts breaking down a concept or idea for public consumption in 14 minutes or less.

TEDxUVA begins at 10 a.m. and will be hosted at Morven Farm for the first time this year. The event is scheduled to include nine speakers (see below) and will run until 3 p.m.

Tickets will be available on the TEDxUVA website starting Monday at 9 p.m., and the event will also be live-streamed, said Katherine King, a third-year student in the College of Arts & Sciences who is organizing the event with the help of a team of 30 U.Va. students.

The move to Morven was intended to get students out of the University bubble, she said.

“We have always wanted to set our conference apart from other lecture or speaker series,” King said. “Because many of our attendees are students, we felt that continuing to hold our event in an academic space impeded our vision of an active, attendee-oriented conference. The move to Morven forces attendees to step off Grounds, break out of their daily patterns and really delve into the conference at hand.”

“TEDx” events, or independently organized TED talks, have sprung up across the country; organizational efforts at U.Va. began in January 2013. The group also runs a student speaker series in the fall, whose finalists win a spot in the spring TEDxUVA conference. The finalists this year were students Andrew Burrill, John Stegner and Attiya Latif.

TEDxUVA is organized around the theme “Leaving the Cave,” a reference to Plato’s iconic allegory. It includes a slate of speakers that draws from both the U.Va. faculty and outside experts. The talks are on a range of subjects, from culture’s effects on behavior to changing the dialogue on sexual assault.

“TEDxUVA provides a microphone, video camera, and a stage to some of the most innovative ideas in our local community,” King said.

A ticket to the event includes lunch, coffee and refreshments, a T-shirt and an attendee gift bag. Attendees will have the chance to view live talks in an intimate setting, as well as meet and talk with the speakers during programming breaks.

“The conference is an incredible opportunity to meet a diverse group of people who are doing very cool things at U.Va., in Charlottesville and in Virginia,” King said.

The TEDxUVA speakers are scheduled to include:

More on the speakers is available online.

How a Single Email Changed a Life END_OF_DOCUMENT_TOKEN_TO_BE_REPLACED

Fall Is in the Air on Grounds END_OF_DOCUMENT_TOKEN_TO_BE_REPLACED

At UVA, There Is a Club for Everyone END_OF_DOCUMENT_TOKEN_TO_BE_REPLACED