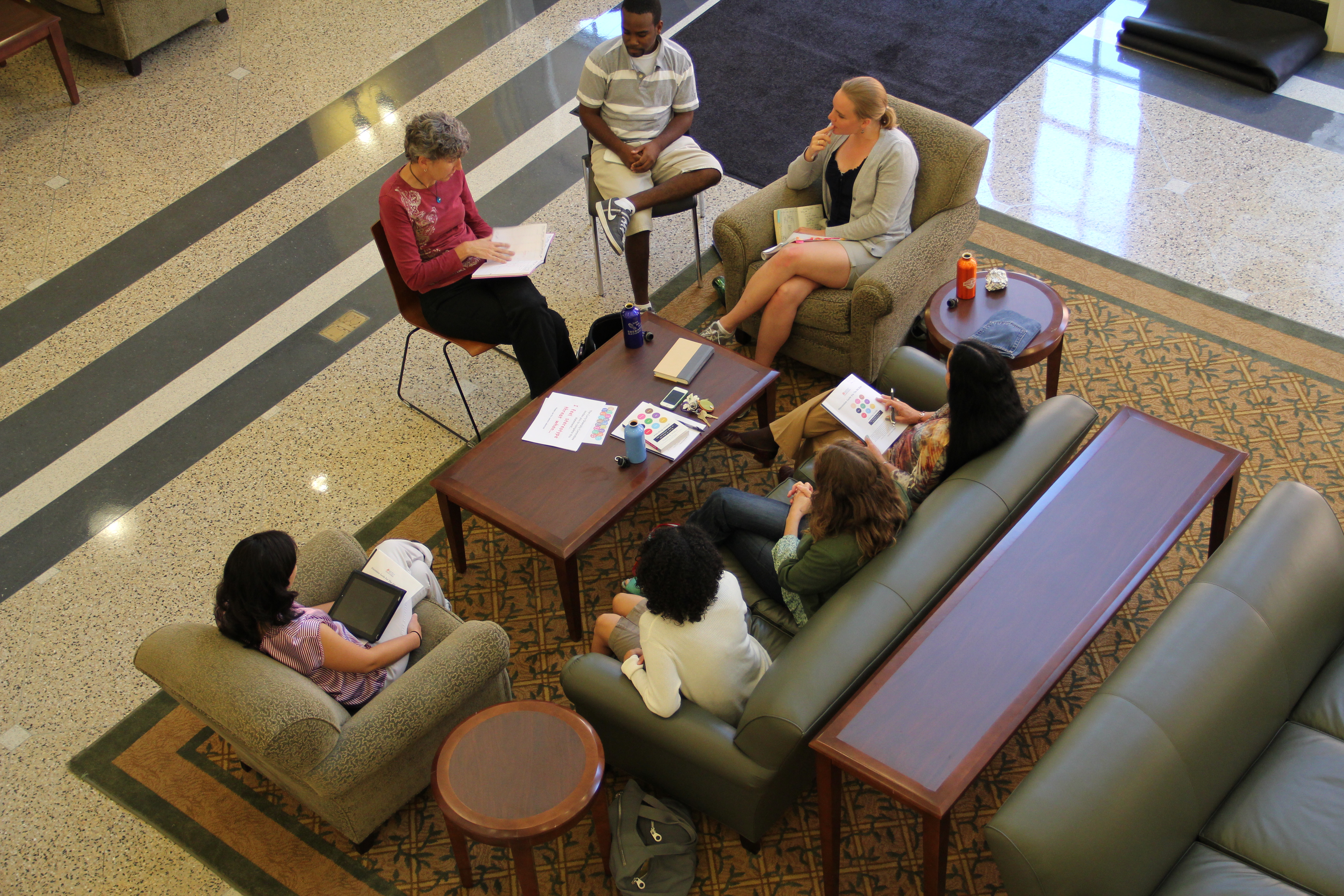 Fifteen professors and students recently gathered in a small conference room in the University of Virginia’s Ruffner Hall to discuss Claude M. Steele’s book, “Whistling Vivaldi: How Stereotypes Affect Us and What We Can Do.” At this and four other similar events being hosted this semester by the Curry School of Education, participants explore the role of stereotyping in their lives and try to develop some course of action to push back against these damaging societal assumptions.

“First, we focus on our perception and understanding of the book, and then we push into an action agenda,” associate professor of education Stanley Trent said. “We try to make sense of the book from our own perspective, then make sense of it with each other, and then try to make a difference through coming up with proactive steps we can use to push back against stereotype threats.”

Steele, a social psychologist and professor at Stanford University, summarizes a year’s worth of research on stereotype threat and its effect on minority student academic performance in “Whistling Vivaldi,” named for a social experiment conducted by Brent Staples, an African-American New York Times journalist.

Staples noticed that people who saw him on the street at night seemed to regard him as a potential threat. But when he whistled classical music, their apprehension seemed to diminish.

Steele makes clear that stereotype threat – the fear of what people think of us solely based on our race, gender, etc. – is not limited to historically disadvantaged groups and that everyone suffers stereotype threat within certain contexts. When a person’s social identity is connected to a negative stereotype, Steele finds that that person will underperform in a way consistent with the stereotype, due to anxiety or a subconscious sense of threat.

The idea for the Curry School’s “common read” sprang from the Discovering Differences Action Team and the Curry Diversity Council. The book’s themes will be integrated into several events held throughout the year, such as student orientations, a faculty retreat, January’s Martin Luther King Jr. celebration, and one of the annual Ridley Lectures, where the keynote speaker will be Carol Dweck, a leading researcher on stereotype threat in schools who was heavily cited by Steele.

“We want to instantiate diversity as a core value at the Curry School,” Trent said, by infusing diversity-related content into the curriculum and hosting extracurricular events on diversity.

“The common reading does both,” he said, as each Curry School program has plans to incorporate the book into its curriculum, while events like the book talks give students and professors an opportunity to engage in conversations on diversity and stereotypes outside the classroom.

At these talks, professors, graduate and undergraduate students and Curry staff members, discuss questions raised by Steele’s book: Why are students of color not graduating from college at the same rate as white students? Why might white students be reluctant to take courses with a substantial number of students of color in them? What can educators do to address these problems?

Curry graduate student Wendy Fisher, the facilitator, began the Oct. 25 discussion by breaking the attendees into groups of three or four. Within the separate groups, participants talked about not only racial discrimination, but also gender and religious discrimination and stereotypes, and how stereotypes form and how perceptions can change.

“Internalization of stereotypes starts at a young age,” one participant said. “Childhood development plays a large role, and it’s a piece that is going to be hard to overcome” to combat stereotypes.

Another participant said that the role of profiler and subject change, depending on the community. “Everyone at some moment looks out and labels from their position in the center of a community. It’s always turning and shifting and changing, depending on whether you’re an outsider or in the center.”

“If we’re cognizant of our perceptions, then we can change them,” a third participant said, remarking that change starts with the individual and people must harness their “inner Gandhi” in order to eventually change the world.

Trent said the feedback from the book talks has been very positive. “A couple of the groups said that they don’t want this to stop,” he said. To keep the discussion going, the Curry Diversity Council plans to start the Curry School’s own Sustained Dialogue program, and to have a common reading every year.

“Some of these discussions have been really powerful,” Trent said. “We’re really excited about it and hope it takes hold.”