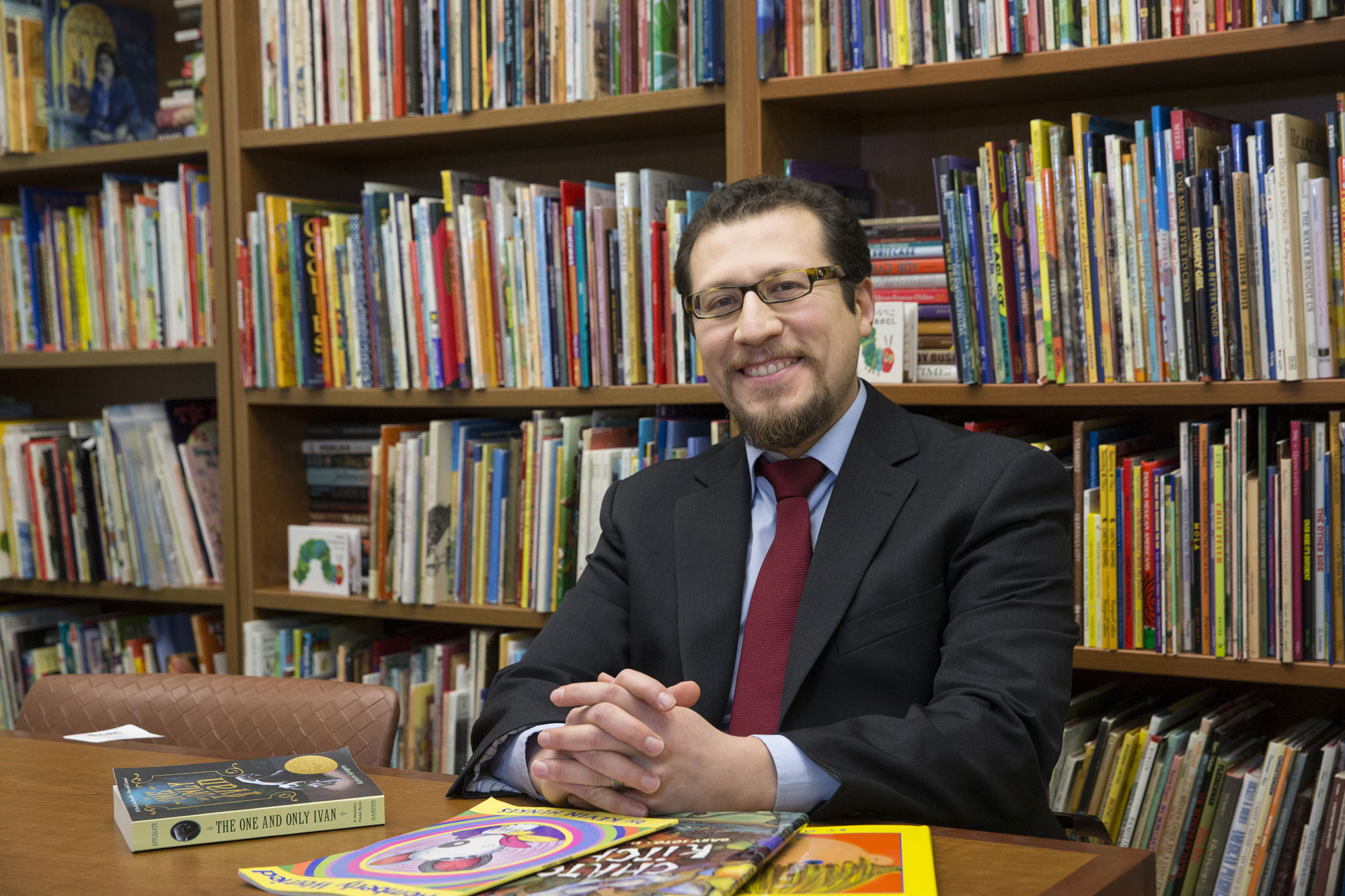 When Fares Karam arrived in the United States three years ago to begin working toward a Ph.D. at the University of Virginia’s Curry School of Education, he had no idea his research would take him back to his native Lebanon to study how language is impacting the education of Syrian refugees.

Because of both the civil war in Syria and the increased activity of ISIS in the region, Syrian refugees have been pouring into Lebanon. Currently, Syrian refugees make up more than a third of the Lebanese population.

Karam, whose interest is in refugee education and pedagogy in English as a Second Language, understood that integrating Syrian refugees into the Lebanese education system would be tricky.

Though Arabic is the national language of both Syria and Lebanon, the Lebanese education system is officially trilingual, including Arabic, English and French.

“There is a unique set of circumstances converging for Syrian refugees in Lebanon,” Karam said. “Lebanese students learn two, sometimes three, languages fluently by the end of secondary school.”

According to Karam, who was born and raised in Lebanon and completed his master’s degrees there, content areas – like mathematics and science – are taught in French or English, not Arabic. Thus, language for Syrian refugee students is a significant inclusion/exclusion factor.

“This is the unique roadblock,” he said. “Syrian refugees can’t learn math or science in Lebanese schools if they don’t know English. For refugees, that complicates an already challenging situation for them.”

Because of the dramatic increase in the number of refugee students and the language barriers they face, Syrian refugees have organized non-formal education centers with the help of the United Nations and non-governmental organizations.

Karam spent last summer in Lebanon researching such education centers in three clusters of Syrian refugees, one in Beirut and two in the Bekaa Valley region, close to the Syrian border. Working on behalf of a Syrian NGO, Karam and his team observed, conducted interviews and ultimately reported back both what they saw happening in these locations and any recommendations they had to improve the situations there.

“We quickly found that these education centers were staffed almost entirely by Syrian teachers,” Karam said. “This is a great comfort to the students, but it required us to consider some significant questions.”

Chief among them being, “How long will the refugees stay in Lebanon? Should the education centers evolve to look more like the education system in Lebanon or maintain a more Syrian structure? What kind of curriculum would best serve these students’ needs?”

The organization with which he worked, which Karam calls “Salam” – a pseudonym used to preserve participants’ anonymity – has decided to begin working with the teachers to introduce key concepts of mathematics and science in English, with an ultimate goal of expanding English instruction.

“The consensus among Salam staff is that English is important for three reasons,” Karam said. “It is the global medium of communication, an equalizer between Lebanese and Syrian students, and is essential for acquiring future jobs.”

In his interviews with teachers, Karam discovered multiple barriers to English instruction.

“One teacher described a ‘wall of fear of the English language’ that most Syrian students faced,” Karam said. “They assumed English was too difficult to learn.”

Karam and his team also found resistance to English education to be closely aligned with identity and pride in being Arabic.

One Syrian teacher was quoted as saying, “At the end, we are Arabs living in an Arabic society and speak the Arabic language. And this is how it was in Syria.”

Last fall, Karam received a $1,000 grant from U.Va.’s Center for Global Inquiry and Innovation to fund research aimed at surveying the urban linguistic landscape of Beirut.

“In addition to the unique linguistic elements of the education system, Beirut maintains a complex linguistic scene that interplays with a colonial history, religious tensions and recent terror attacks,” he said.

Karam is collaborating with Zinnia Shweiry, an instructor at the American University of Beirut and a doctoral student at The Lebanese University. The team will begin by taking and examining photos of signs along four major streets in downtown Beirut.

The team will work to identify what languages are used on what kinds of signs. “Official” signs are those posted by the Lebanese government and “unofficial” signs are those posted by individuals or private organizations. The team will ultimately attempt to determine how themes like colonialism, globalization or sectarian divides reveal themselves in the language choices on these major streets.

This spring, Karam is working with his adviser, assistant professor Amanda Kibler, on expanding his research to the nearby community..

With the local presence of the International Rescue Committee, Charlottesville has become home to an increasing number of refugee families. The IRC is a non-profit with locations in 22 cities around the United States that works to relocate to the U.S. individuals and families fleeing their native countries because of violence or conflict. Karam intends to work with the Arab members of this population.

He is in the planning stages of a project where he will work directly with Arab refugee students in Albemarle County, their families and teachers. His goal is to examine the literacy practices at school and in their homes.

“I am interested in learning more about the connections between their out-of school (home or digital) writing practices and their writing practices at school,” Karam said. “What is writing instruction like for refugee students and what are the strategies that teachers are using to differentiate instruction?”

His goal is to highlight the narratives of Arab refugee students, their academic and social challenges and successes, and to determine what teaching strategies can be most helpful in addressing their needs.

What’s Next for UVA’s Class of 2022? END_OF_DOCUMENT_TOKEN_TO_BE_REPLACED