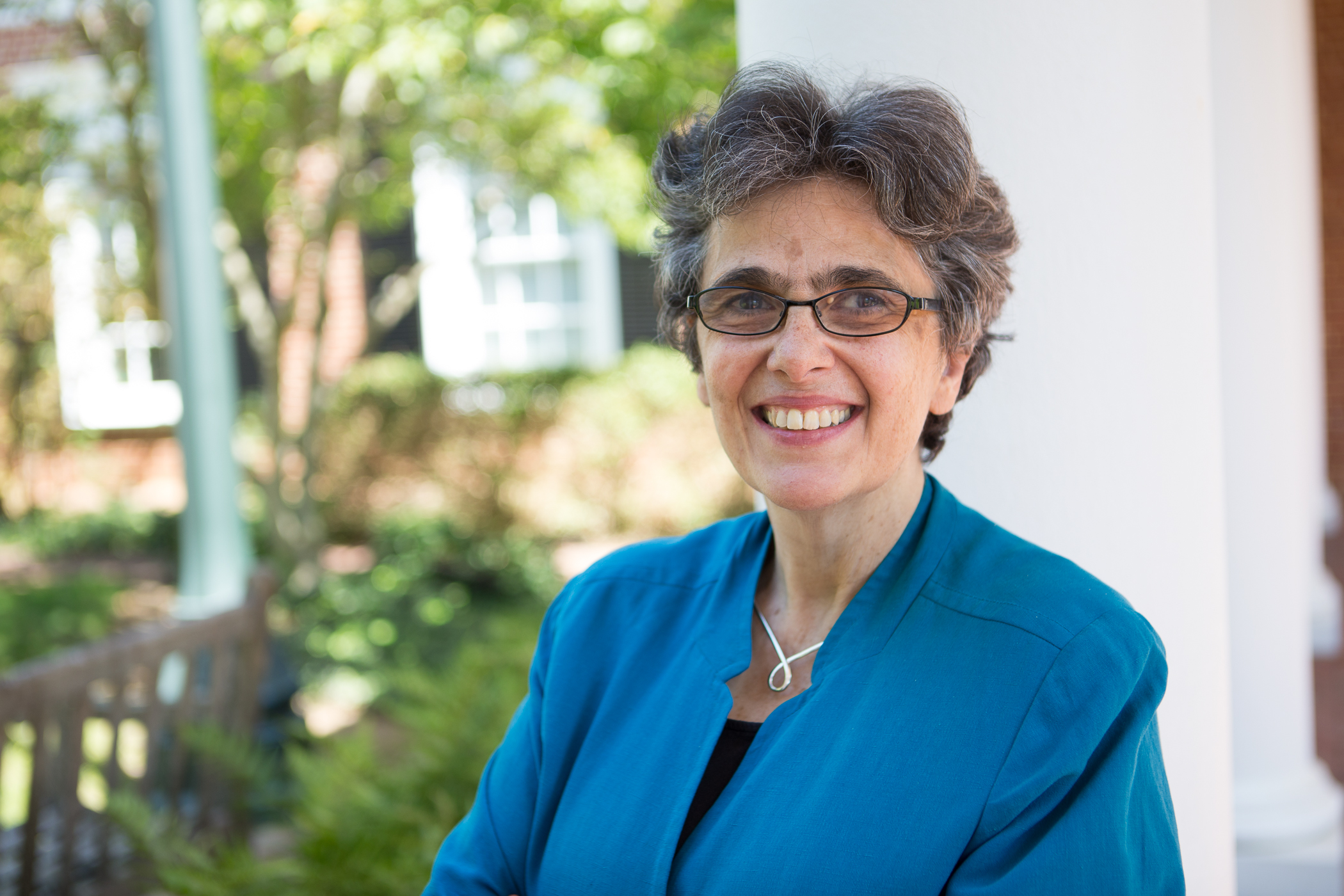 Gentile recently joined the University of Virginia’s Darden School of Business as a professor of practice. The school will be the new home base of her ethics curriculum, “Giving Voice to Values,” formerly hosted at Babson College and launched with founding partner and incubator, The Aspen Institute, and the Yale University School of Management. In addition to many business schools, Gentile’s approach has been adapted and used in companies, health care education, athletic team leadership programs, police and military training and more.

While traditional methods of teaching ethics focus on reasoning through ethical conflicts and delineating right and wrong, Gentile’s method – honed as she traveled the world asking business students and leaders what made it difficult for them to defend their values – focuses on what happens after they identify that something is wrong.

“Most of the ethical challenges I heard about were situations where people knew the right thing to do, but did not think it was possible to get it done effectively or without paying a huge price,” she said.

Gentile cited a wide range of ethical issues, from employees pressured to alter numbers or misrepresent information to those who witness corruption, harassment or discrimination in the workplace.

Myriad factors can cause otherwise ethical people to put on blinders in these situations, she said. They might feel intimidated by a boss or loyal to a colleague, or be worried about losing their job. Some wonder if they are being naïve, while others feel the issue is above their pay grade. Others might simply be overwhelmed by the size of the problem.

One doesn’t have to look far for prominent examples. Scandals like the Deepwater Horizon oil spill, Volkswagen’s emissions test cheating or Wells Fargo’s fake credit accounts illustrate how easily not just a few people, but many, can fail to act even when they know something is wrong.

“I believe that most people already want to do what they believe is right, but some don’t feel it is possible,” Gentile said. “Our curriculum is not about moralizing; it’s about problem-solving. How do you come up with a strategy that will work in the environment you are in?”

Fittingly, Gentile cites a self-defense class as one of the “aha!” moments that helped her answer that question. While teaching at Harvard Business School, she took a self-defense class in Boston called “Model Mugging.” It not only taught women self-defense moves, but also brought in a coach, clad in a padded suit, whose sole job was to unexpectedly attack participants. The point was to develop enough muscle memory for the women to revert to the practiced moves even when in a state of shock.

“Lying on the floor, having failed to defend myself, I wondered if you could create a moral muscle memory,” she said.

That’s exactly what “Giving Voice to Values” aspires to do. Along with Gentile’s book of the same name, the course uses case studies, class modules, sample scripts and teaching plans to help students identify the obstacles they might encounter and plan how they will react.

“It’s not about whistleblowing or giving a moralistic speech, but rather about working tactically and managing relationships” to change a company or organization from within, Gentile said.

Among other strategies, students assess their individual strengths, weaknesses and communications tendencies, determining, for example, if they are more effective raising objections in writing or in person. They discuss strategies for negotiation, persuasion and objection, thinking about which strategies would best fit different scenarios. They also dive into social science research, learning the psychology behind the rationalization of unethical behavior.

Brian Moriarty, who teaches strategic communications, is among the Darden faculty members already applying Gentile’s curriculum in his classroom. He said he admires the practicality of the approach.

“‘Giving Voice to Values’ makes a key acknowledgement that speaking up for justice within organizations does not only come down to moral courage, but also knowledge, preparation and strategy,” said Moriarty, who is one of the directors of Darden’s Institute for Business in Society.

Or as Gentile puts it, “Moral courage is a good thing, but it can be a pretty high bar. ‘Giving Voice to Values’ is about building the moral competence that means we don’t need to draw on such herculean levels of courage. We normalize the process of enacting our values, effectively.”

The curriculum also helps Darden students – many of whom will lead companies one day – learn how to build organizations that actively eliminate obstacles to ethical behavior and make it easier for employees to do the right thing.

“At Darden, we are trying to develop and inspire responsible leaders who will have a positive impact on their world,” Moriarty said. “Being able to create ethical organizations and help move existing organizations in that direction is critical.”

Both Moriarty and Gentile cited UVA and Charlottesville’s recent 2017 Community Martin Luther King Celebration as a prime example of the importance of ethical education.

“Martin Luther King had a quote that, ‘We are always on the verge of being mesmerized by uncertainty, but we must move on,’” Moriarty said.

“Giving Voice to Values,” he said, helps people to move past uncertainty and take effective action.

Gentile focused on another famous King quote that served as the theme for this year’s commemoration: “There comes a time when silence is a betrayal.”

“Our curriculum is saying that silence or inaction in these situations is a betrayal of ourselves,” she said. “The whole idea is to focus on who we are at our best and to give people the competence, confidence, skills and habits to be who they truly want to be.”

What’s Next for UVA’s Class of 2022? END_OF_DOCUMENT_TOKEN_TO_BE_REPLACED

How Affordable is UVA? END_OF_DOCUMENT_TOKEN_TO_BE_REPLACED