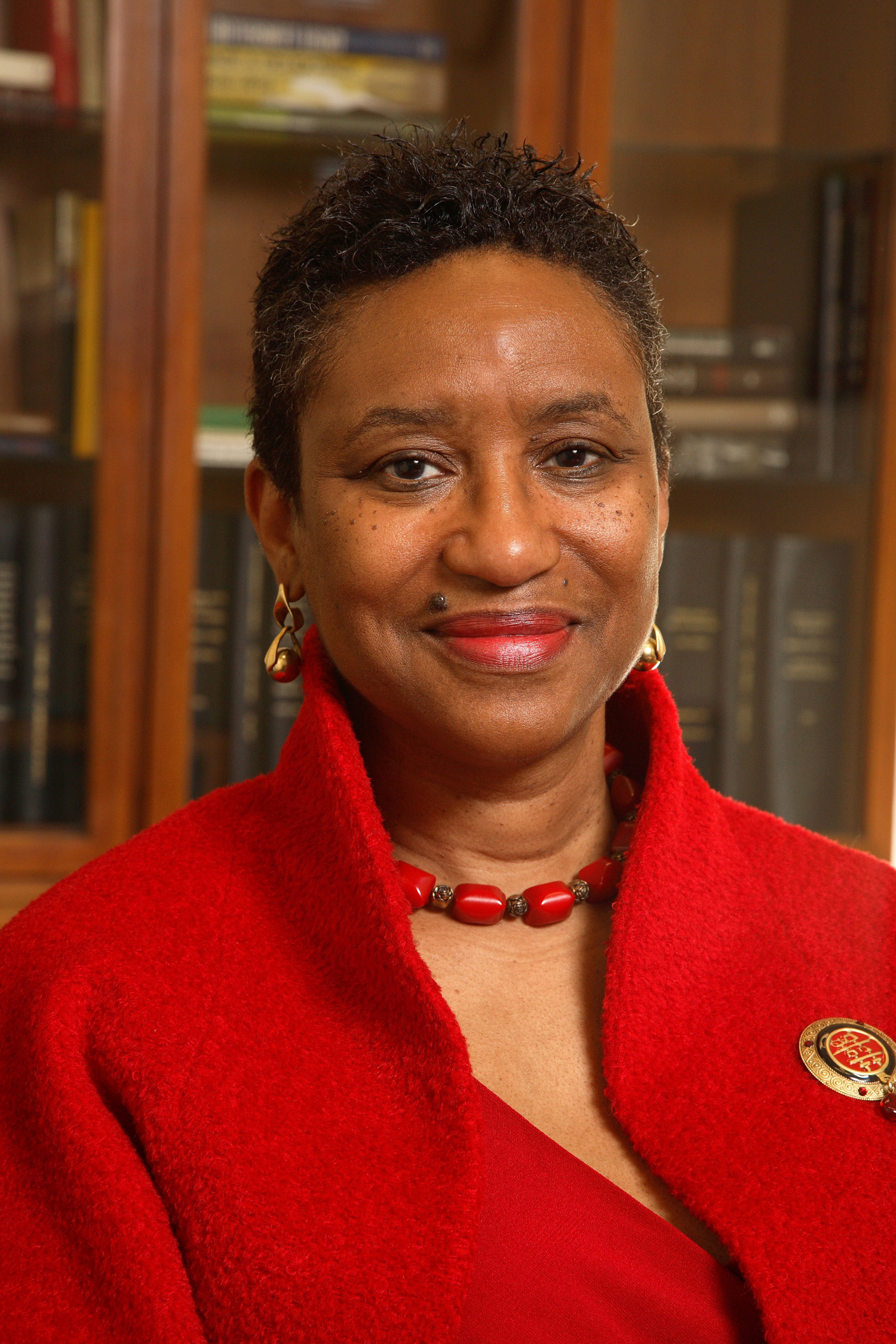 April 23, 2008 — Deborah E. McDowell, the Alice Griffin Professor of Literary Studies at the University of Virginia, has been named director of the Carter G. Woodson Institute for African-American and African Studies at U.Va. She had been interim director for the past year, overseeing an active year of programming.

A member of U.Va.'s English department faculty since 1987, McDowell is a well-known writer, scholar and editor of African-American literature for both academic and general audiences.

William B. Harvey, U.Va. Vice President and Chief Officer for Diversity and Equity and a member of the institute's advisory board, said her appointment is great for the University.

"She is an outstanding scholar and a visionary leader. She has the qualities to make the Woodson Institute one of the best centers in the nation," Harvey said.

"McDowell is strongly motivated to advance the educational mission of the Woodson Institute," said Dr. Maurice Apprey, dean of the Office of African-American Affairs, "in ways that would propel the University into the forefront of African, Caribbean and African-American studies nationally. A professor of English with a strong interdisciplinary fund of knowledge and conceptual rigor, she is very much suited to promote the transfer of knowledge and methods of application that our undergraduate, graduate students and fellows need to succeed."

In addition to overseeing undergraduate majors and minors, the interdisciplinary institute sponsors pre- and postdoctoral fellowships and a visiting scholars program. About 120 graduate students have benefited from the fellowships.

The institute selects scholars working in the humanities and social sciences for two-year pre-doctoral or one-year postdoctoral fellowships. The program is intended to facilitate the completion of dissertations or manuscripts in African-American and African Studies and related fields.

"Over the years, we've had an impressive record of fellows moving to academic appointments here and elsewhere," said McDowell, who plans to double the number of fellowships per term from five to 10 next year and to go up to 12 the following year.

Taking on the directorship also offers an opportunity to transform the undergraduate major in Afro-American and African Studies into a program of distinction and intellectual vigor, she said. In addition, the institute will also benefit from and contribute to the University's investments in interdisciplinary studies and international studies.

The institute has been allotted faculty positions dedicated to supplementing gaps in the curriculum, McDowell said, especially to better represent Africa. With the Department of Religious Studies, for instance, a concentration in religions of the African diaspora is taking shape.

Another new program begun this year under McDowell is an occasional series, "Currents in Conversation," which aims to bring together members of the University and the broader community to discuss a topic from current events. The first one followed Democratic presidential candidate Sen. Barack Obama's speech in March about the campaign, "A More Perfect Union."

Raised in a small town outside Birmingham, Ala., McDowell received her master's and Ph.D. degrees from Purdue University and her B.A. from Tuskegee University.

McDowell's publications include the books, "'The Changing Same': Studies in Fiction by African-American Women" (1994), "Leaving Pipe Shop: Memories of Kin" (1997) and "Narrative of the Life of Frederick Douglass" (1999), as well as numerous articles, book chapters and scholarly editions. She founded the African-American Women Writers Series for Beacon Press and served as its editor from 1985 to 1993, overseeing the re-publication of 14 novels from the late 19th and early 20th centuries. She also serves as a period editor for the Norton Anthology of African-American Literature, was contributing editor to the D. C. Heath Anthology of American literature, and was co-editor with Arnold Rampersad of "Slavery and the Literary Imagination" (1988).

She has been the recipient of various grants, including the Mary Ingraham Bunting Fellowship from Radcliffe Institute, the National Research Council Fellowship of the Ford Foundation and the Woodrow Wilson International Center Fellowship. She was elected to the Raven Society of the University of Virginia in 1998. She is active in the Charlottesville community, having been a reader for the Recording for the Blind and Dyslexic and a member of the board of Literacy Volunteers of America. Active nationally, McDowell is  co-chair with David Blight of a scholarly group sponsored by The Gilder Lehrman Center for the Study of Slavery, Resistance and Abolition at Yale University, and was recently elected to the Executive Committee of the Prose Fiction division of the Modern Language Association.

Netflix to Add Ads. Why This Could Be a ‘Game-Changer’ for Your Viewing Experience END_OF_DOCUMENT_TOKEN_TO_BE_REPLACED

What’s Next for UVA’s Class of 2022? END_OF_DOCUMENT_TOKEN_TO_BE_REPLACED