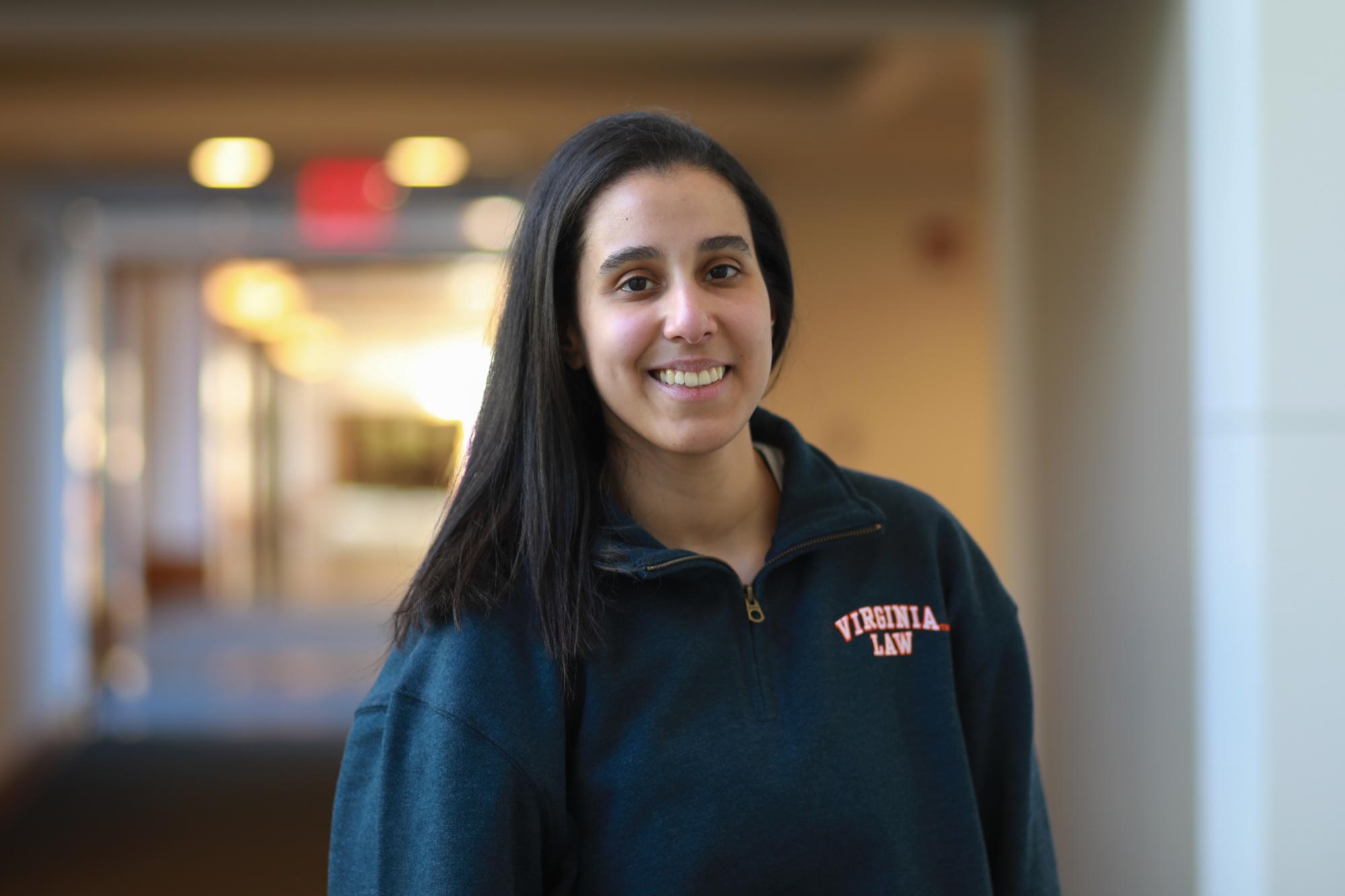 When Maha Albesharah earned her first law degree in her home country of Kuwait, then left to pursue additional education abroad, she knew one day she would return as a professor, she said.

Soon Albesharah, who completes her studies this month to earn an S.J.D. (Doctor of Juridical Science) at the University of Virginia School of Law, will achieve her goal of becoming a law professor and join the faculty at Kuwait University.

“Professor Gilbert helped me to achieve my dream,” she said. “Sometimes I have felt that my dream was impossible to be achieved, but Professor Gilbert guided me through the way and showed me the light.”

Albesharah is among 14 S.J.D. candidates representing nine countries currently enrolled in UVA Law’s Graduate Studies Program, which provides an American legal education to lawyers who have obtained their first law degree in their home countries. The Doctor of Juridical Science, intended primarily for aspiring legal academics, is the most advanced degree conferred by the Law School.

Starting with Gilbert’s “Law and Economics” lecture course, and combined with her own independent research, Albesharah learned nuances of Kuwaiti law and developed better observational and analytical research skills.

“Through my dissertation, he opened my eyes on many aspects,” she said of Gilbert. “He also would say, ‘Imagine examples in your head, like how this can happen, for the readers to know exactly what you mean.’ He’s a great teacher.”

Albesharah’s dissertation examines foreign direct investment in Kuwait, and specifically why foreign investors are reluctant to do business there. In 2017, the foreign investor ratio decreased by 27% in Kuwait. Up to 95% of Kuwaiti government revenue is from oil, she said, and plummeting prices have hurt the country’s economy, making foreign investment more important.

Ineffective licensing procedures, excessive government expropriation (in which the state takes property for public use) and strict deportation practices were the culprits, Albesharah said. A foreign worker, for example, could be deported at company expense for not using a seatbelt, she explained.

“I loved reading those laws, analyzing them. My friends were telling me that they wanted to be detectives and lawyers. And they asked me, ‘What do you want to be?’ I said, ‘I need to be a law professor. I want to teach.”

Albesharah’s dissertation argues that reforms could include more specific language and better-trained staff for business licensing, better legal certainty in the expropriation process, and replacing deportations with fines and requiring the government to pay for deportations.

“It identifies barriers to investment that were not previously understood, and it makes smart suggestions for reform,” he said. “It’s impressive work by a determined scholar. I am very proud – but not at all surprised – by her academic success.”

Albesharah said the Law School’s rankings and Charlottesville’s small-town feel helped persuade her that UVA was the right school to complete her legal education. She was also drawn to the array of faculty and breadth of international law scholarship.

“The diversity of the professors and their majors of study enables the students to be creative when they do research,” she said.

Albesharah will teach business law. As she has developed as a legal scholar, she found herself interested in commercial law and securities regulation in particular. She earned her LL.M. from the University of California at Davis School of Law, and her bachelor’s in law from Kuwait University School of Law.

“Even if it was hard, I just loved it,” she said of her initial legal training in Kuwait. “I loved reading those laws, analyzing them. My friends were telling me that they wanted to be detectives and lawyers. And they asked me, ‘What do you want to be?’ I said, ‘I need to be a law professor. I want to teach.’”

Albesharah comes from a family of bankers. Growing up with three siblings, she said, her mother – who sold her own gold jewelry to pay for her children’s private tutoring – was her role model and backbone.

“I’ll never forget that she went and sold that gold for us to have a better education,” Albesharah said. “And through time, she just consumed her energy for us, for our education.”

In returning home, Albesharah said she wants to teach her students the way Gilbert teaches his.

“I cannot believe that I’m going back and I’m going to teach,” she said. “I’m going to send a message to a new generation. I want to be a good teacher for them. I love it. I love explaining the law.”