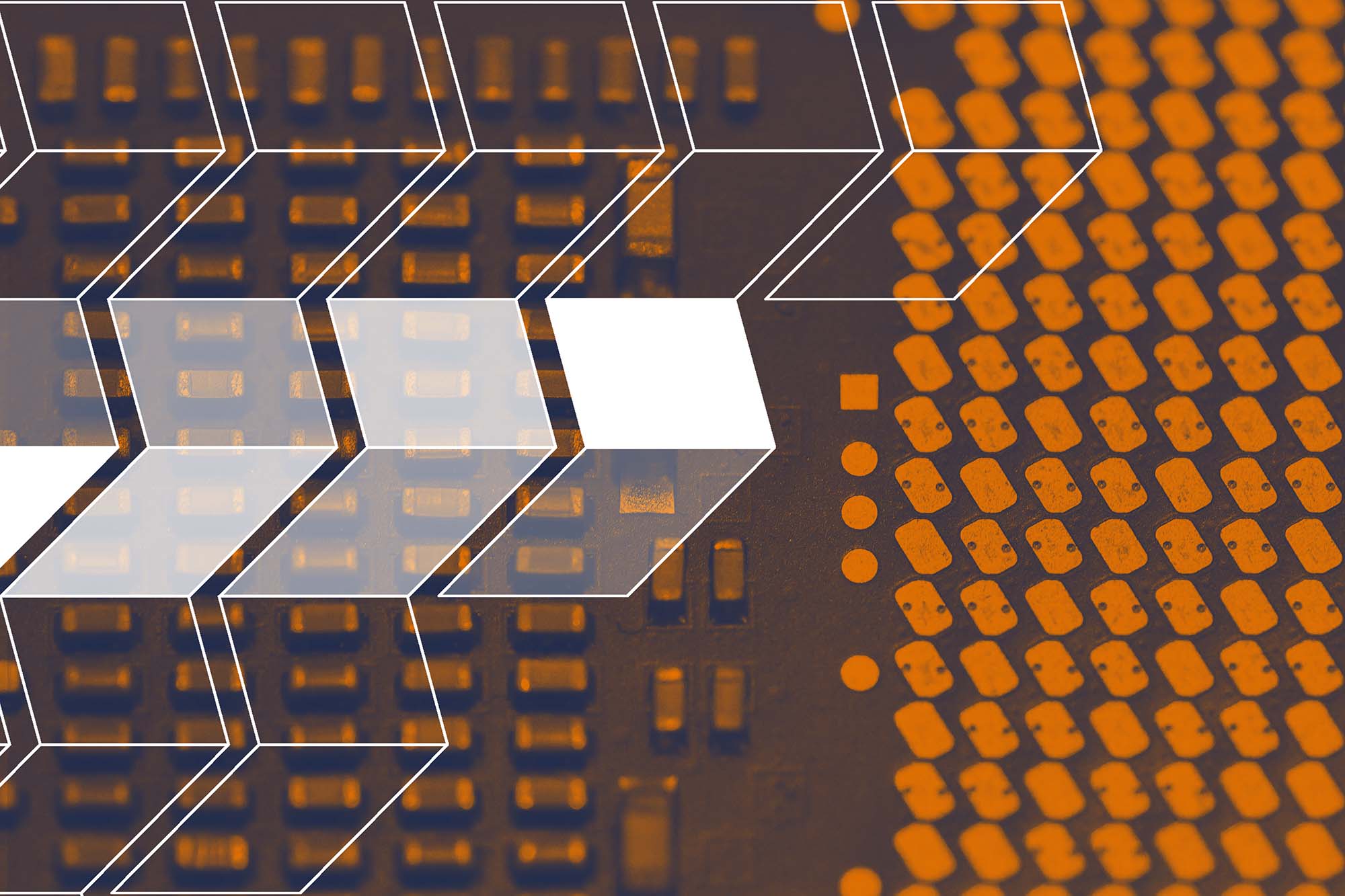 In 2018, industry and academic researchers revealed a potentially devastating hardware flaw that made computers and other devices worldwide vulnerable to attack.

Since Spectre was discovered, the world’s most talented computer scientists from industry and academia have worked on software patches and hardware defenses, confident they’ve been able to protect the most vulnerable points in the speculative execution process without slowing down computing speeds too much.

They will have to go back to the drawing board.

A team of University of Virginia School of Engineering computer science researchers has uncovered a line of attack that breaks all Spectre defenses, meaning that billions of computers and other devices across the globe are just as vulnerable today as they were when Spectre was first announced. The team reported its discovery to international chip makers in April and will present the new challenge at a worldwide computing architecture conference in June. 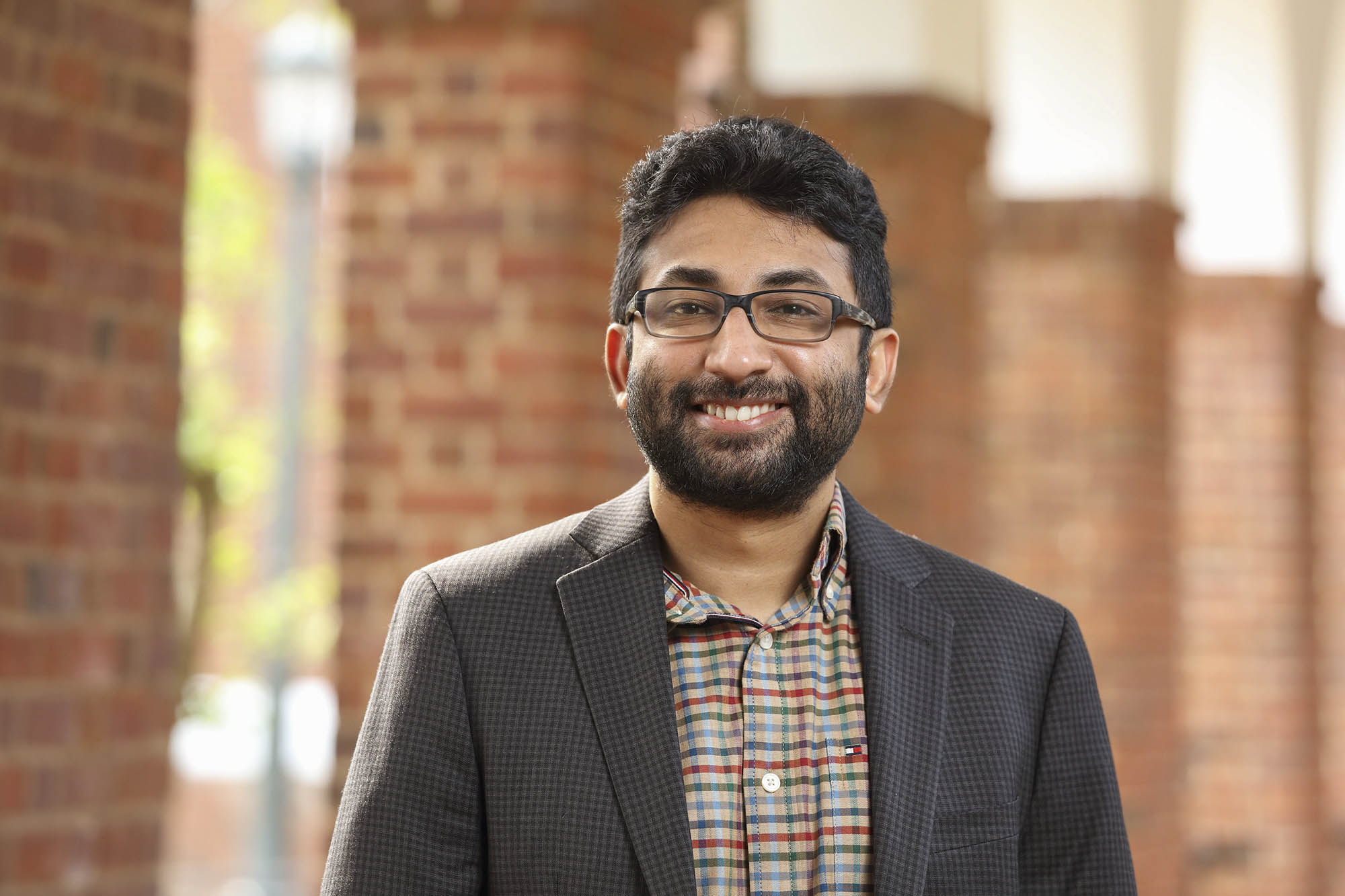 The researchers, led by Ashish Venkat, William Wulf Career Enhancement Assistant Professor of Computer Science at UVA Engineering, found a whole new way for hackers to exploit something called a “micro-op cache,” which speeds up computing by storing simple commands and allowing the processor to fetch them quickly and early in the speculative execution process. Micro-op caches have been built into Intel computers manufactured since 2011.

Venkat’s team discovered that hackers can steal data when a processor fetches commands from the micro-op cache.

“Think about a hypothetical airport security scenario where TSA lets you in without checking your boarding pass because one, it is fast and efficient, and two, you will be checked for your boarding pass at the gate anyway,” Venkat said. “A computer processor does something similar. It predicts that the check will pass and could let instructions into the pipeline. Ultimately, if the prediction is incorrect, it will throw those instructions out of the pipeline, but this might be too late because those instructions could leave side effects while waiting in the pipeline that an attacker could later exploit to infer secrets such as a password.”

Because all current Spectre defenses protect the processor in a later stage of speculative execution, they are useless in the face of Venkat’s team’s new attacks. Two variants of the attacks the team discovered can steal speculatively accessed information from Intel and AMD processors.

“Intel’s suggested defense against Spectre, which is called LFENCE, places sensitive code in a waiting area until the security checks are executed, and only then is the sensitive code allowed to execute,” Venkat said. “But it turns out the walls of this waiting area have ears, which our attack exploits. We show how an attacker can smuggle secrets through the micro-op cache by using it as a covert channel.”

They have detailed the findings in their paper: “I See Dead µops: Leaking Secrets via Intel/AMD Micro-Op Caches.”

This newly discovered vulnerability will be much harder to fix.

“In the case of the previous Spectre attacks, developers have come up with a relatively easy way to prevent any sort of attack without a major performance penalty” for computing, Moody said. “The difference with this attack is you take a much greater performance penalty than those previous attacks.”

Ren, the lead student author, added, “Patches that disable the micro-op cache or halt speculative execution on legacy hardware would effectively roll back critical performance innovations in most modern Intel and AMD processors, and this just isn’t feasible.”

“It is really unclear how to solve this problem in a way that offers high performance to legacy hardware, but we have to make it work,” Venkat said. “Securing the micro-op cache is an interesting line of research and one that we are considering.” 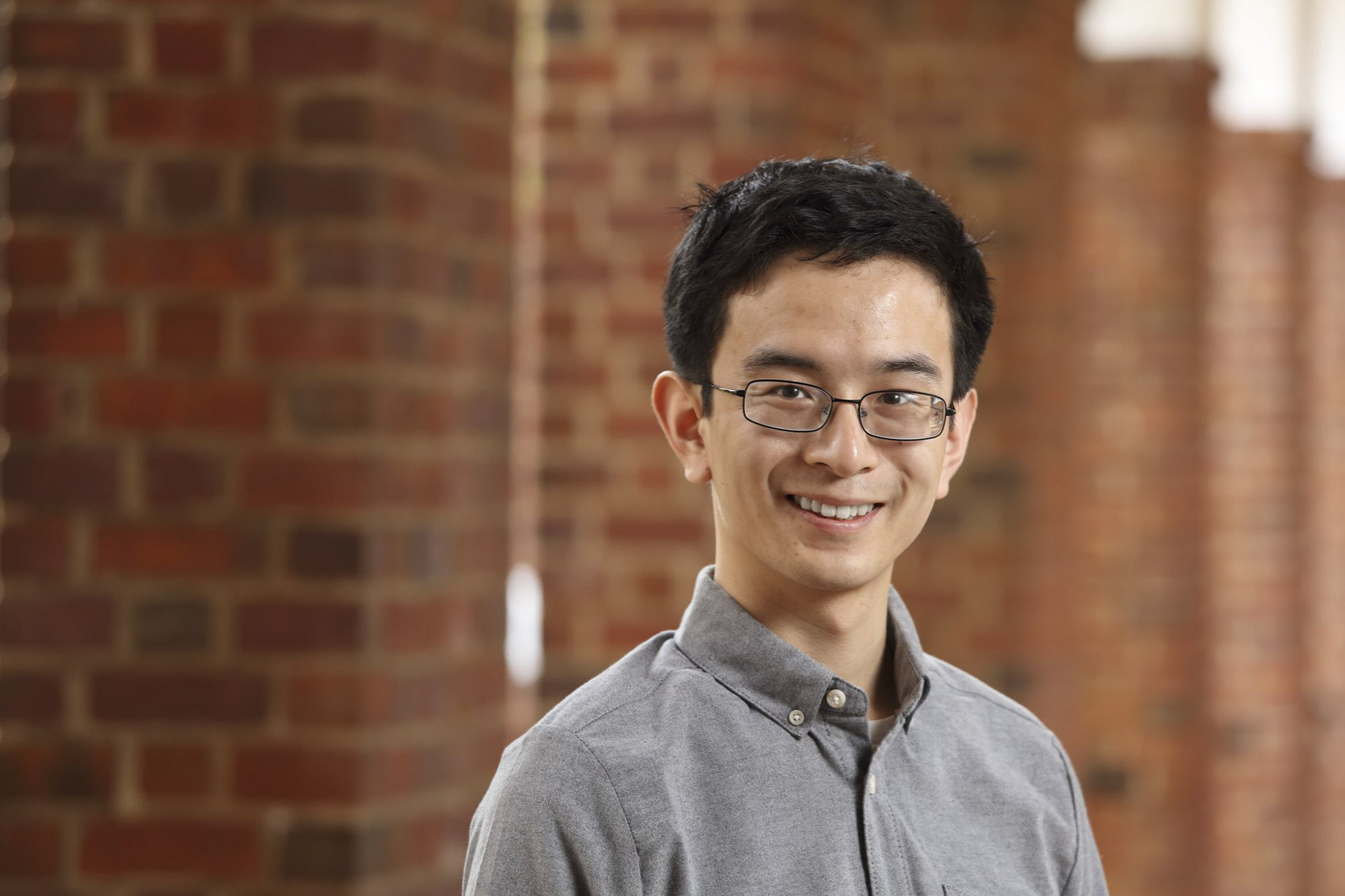 Venkat’s team has disclosed the vulnerability to the product security teams at Intel and AMD. Ren and Moody gave a tech talk at Intel Labs worldwide April 27 to discuss the impact and potential fixes. Venkat expects computer scientists in academia and industry to work quickly together, as they did with Spectre, to find solutions.

In response to a significant amount of global media coverage about the newly discovered vulnerability, Intel released a statement Monday suggesting that no additional mitigation would be required if software developers write code using a method called “constant-time programming,” not vulnerable to side-channel attacks.

“Certainly, we agree that software needs to be more secure, and we agree as a community that constant-time programming is an effective means to writing code that is invulnerable to side-channel attacks,” Venkat said. “However, the vulnerability we uncovered is in hardware, and it is important to also design processors that are secure and resilient against these attacks.

“In addition, constant-time programming is not only hard in terms of the actual programmer effort, but also entails high performance overhead and significant deployment challenges related to patching all sensitive software,” he said. “The percentage of code that is written using constant-time principles is in fact quite small. Relying on this would be dangerous. That is why we still need to secure the hardware.”

The team’s paper has been accepted by the highly competitive International Symposium on Computer Architecture. Its annual conference is the leading forum for new ideas and research results in computer architecture and will be held virtually in June. 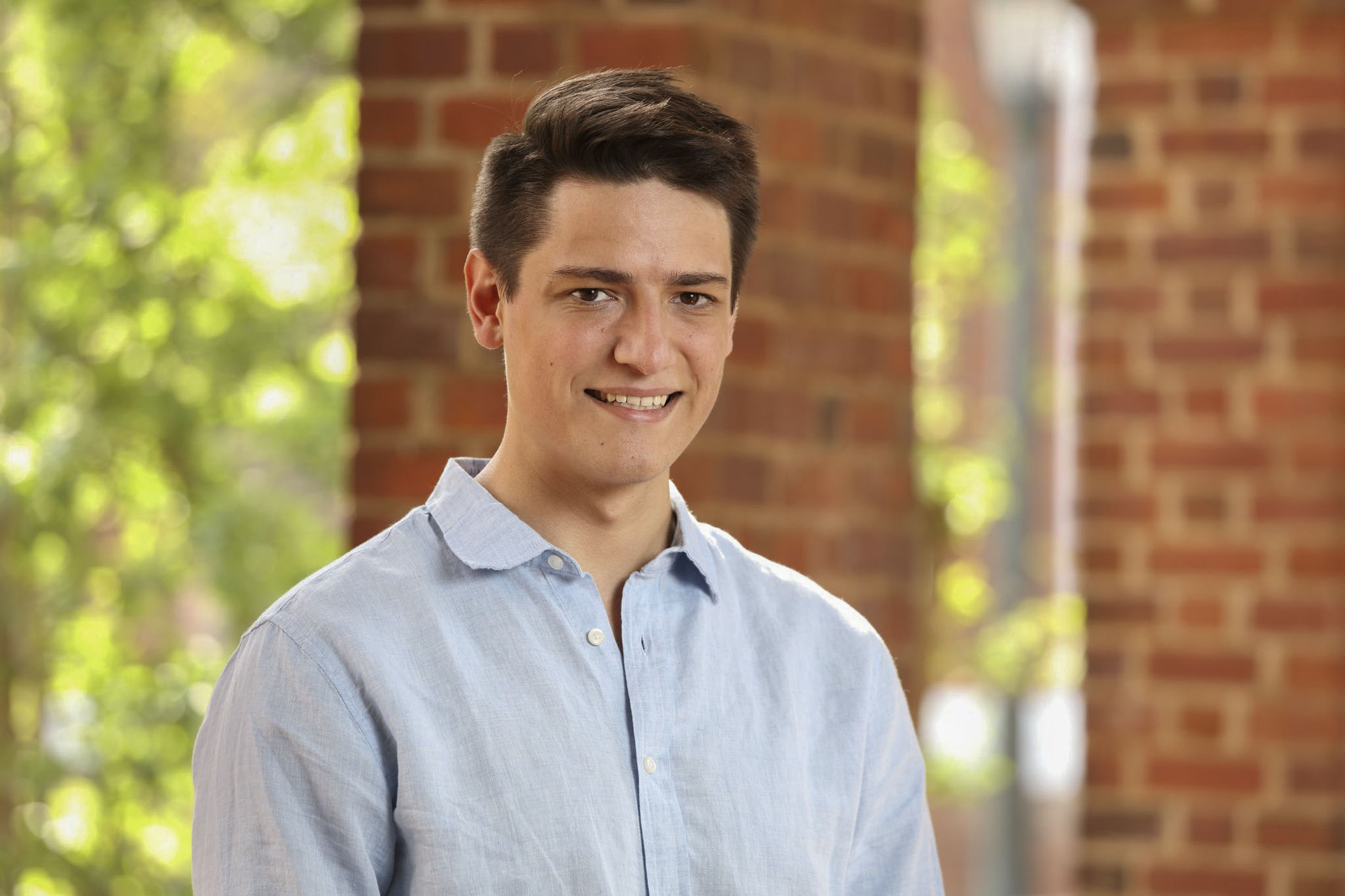 Venkat is also working in close collaboration with the Processor Architecture Team at Intel Labs on other microarchitectural innovations, through the National Science Foundation/Intel Partnership on Foundational Microarchitecture Research Program.

Venkat was well prepared to lead the UVA research team into this discovery. He has forged a long-running partnership with Intel that started in 2012 when he interned with the company while he was a computer science graduate student at the University of California, San Diego.

This research, like other projects Venkat leads, is funded by the National Science Foundation and Defense Advanced Research Projects Agency.

Venkat is also one of the university researchers who co-wrote a paper with collaborators Mohammadkazem Taram and Tullsen from UC-San Diego that introduce a more targeted, microcode-based defense against Spectre. Context-sensitive fencing, as it is called, allows the processor to patch running code with speculation fences on the fly.

Introducing one of just a handful more targeted microcode-based defenses developed to stop Spectre in its tracks, “Context-Sensitive Fencing: Securing Speculative Execution via Microcode Customization” was published at the ACM International Conference on Architectural Support for Programming Languages and Operating Systems in April 2019. The paper was also selected as a top pick among all computer architecture, computer security and very large-scale integration design conference papers published in the six-year period between 2014 and 2019.

The new Spectre variants Venkat’s team discovered even break the context-sensitive fencing mechanism outlined in Venkat’s award-winning paper. But in this type of research, breaking your own defense is just another big win. Each security improvement allows researchers to dig even deeper into the hardware and uncover more flaws, which is exactly what Venkat’s research group did.

Netflix to Add Ads. Why This Could Be a ‘Game-Changer’ for Your Viewing Experience END_OF_DOCUMENT_TOKEN_TO_BE_REPLACED

What’s Next for UVA’s Class of 2022? END_OF_DOCUMENT_TOKEN_TO_BE_REPLACED