Dialogue or Activism? Which Works Best in a Divided Society? 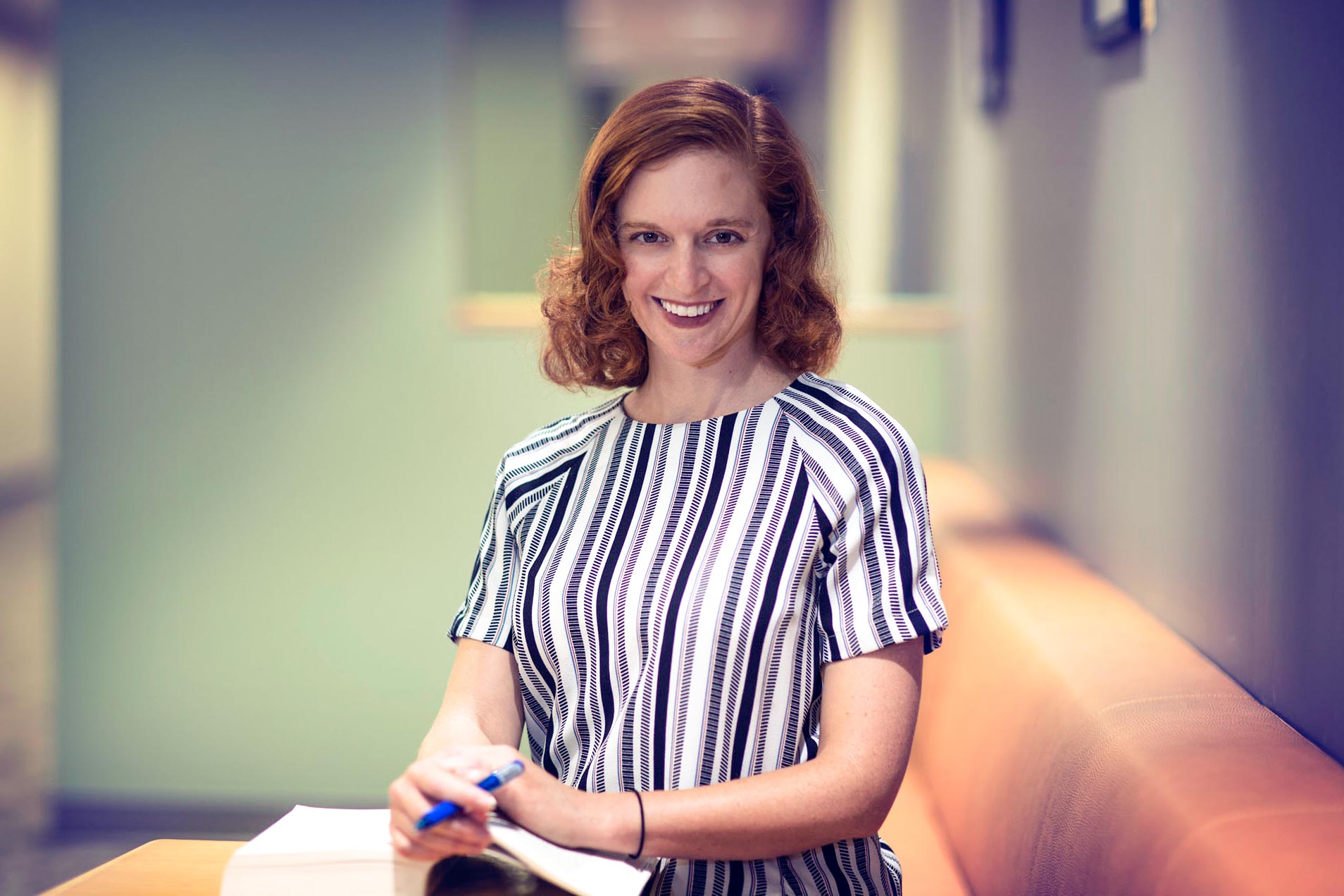 We live in a world of divisions – between black and white, police and citizens, Republicans and Democrats. As the heated rhetoric between opposing sides grows louder, often the response from those seeking peace is, “If only we could just sit down and talk.”

It’s a beautiful idea, that the world’s problems could be solved over coffee. But has it ever really worked?

Rachel Wahl, an assistant professor at the University of Virginia’s Curry School of Education, is trying to find out. She is studying the conditions under which people are willing to learn through dialogue and how the use of dialogue impacts political tools like activism.

Activism campaigns like “Resist” and “Black Lives Matter,” which aim to effect political or social change from one side of these controversial issues, have gone viral on social media and made headlines. But dialogue, defined as conversation between opposing groups of people who hope to resolve problems, hasn’t spent much time in the public eye.

Is the perceived rise of political activism limiting the use and impact of dialogue?

Public figures as diverse as Fox News’ Sean Hannity and NPR commentator Cokie Roberts say there is a breakdown in civility and an erosion of freedom of speech, making dialogue almost impossible in this political climate. Wahl disagrees.

“I think that many people would like to talk with people on the other side,” she said, “but there are very few opportunities to engage in a deep and thoughtful way with people who see the world differently.”

In her research, Wahl observes dialogues between opposing groups, then interviews participants to understand the tensions and opportunities such dialogues represent. The conversations aren’t academic or philosophical; they’re rooted in first-person experiences, told across roundtables where participants are deliberately grouped with people who hold different beliefs.

She aims to answer this question: What factors support and obstruct learning through deliberative dialogue, and what are the ethical and political implications of such learning?

“While voting aggregates preferences and protests and lawsuits exert pressure, in the educational approach of dialogue, people are meant to learn from each other,” Wahl said.

She noticed many similar patterns in dialogues about both police relations with communities of color and about the 2016 presidential election.

“Attempting to pressure somebody politically may in some cases be necessary and may be the only option. But it comes at great cost,” Wahl said. “People who are targets of activism campaigns often experience them as dehumanizing. As a result, they may reject the messages even more strongly than they would have otherwise.”

Wahl is not an impassioned debater by nature and assumes a position of gentle neutrality, listening carefully to both sides with a curious, academic ear. Her research results emphasize the importance of what she describes as “inner work” to produce productive dialogue.

“The most effective conversations happen when people can do the inner work to be less reactive in the face of discomfort,” Wahl said. She gave an example of a Trump-voting student from Cairn University, a Christian school near Philadelphia, who sat down at a table with five students who had voted for Clinton or a third-party candidate.

At first the student felt defensive, and wanted to prove he “did the right thing,” Wahl said. But he was able to “soften and realize that ‘I don’t need to be so certain … I don’t have anything to lose here.’” Wahl suggested, “It was then that he was able to listen and to learn from his tablemates, both in terms of what I call dialogic learning, which involves learning who someone is and that they have value, and deliberative learning, which in this case entailed considering, in new ways, the positions his tablemates expressed.”

“When people can sit through the discomfort of their own reactivity and fear, that’s when the best conversations happen,” Wahl said.

She has also found dialogues are more effective when both sides can find a reason to respect each other, whether that is based on perceptions of the other’s good intentions, intelligence, or even shared humanity. It is then that she witnessed shifts in participants’ understanding of the people they were talking with and of the issues under discussion.

Some of her findings will be published in the Philosophy of Education, Polity and Human Rights Quarterly. The findings cite deep questions about the philosophical premises of polarized debate.

In one paper, she asks the reader how she would feel if asked to engage in dialogue with a university president about her department losing all funding. When personal livelihood is at risk, dialogue always becomes personal and political.

“And if one’s life is literally on the line, dialogue is even more of a risk,” Wahl said.

In the case of police relations, a study funded by the Spencer Foundation, the dialogues are especially at risk for conflict because they take place in a small Southern town with a long history of racism.

“In settings of inequality and conflict, asking people to learn from one another carries significant risks and trade-offs,” Wahl writes in a second forthcoming article, “Learning From Our Enemies: Human Nature, Democratic Conflict and the Risks of Dialogue,” set for 2018 publication in the Journal of Philosophy of Education. “Asking someone to learn is political, in that it asks people to set aside political means of garnering influence.”

Which raises Wahl’s latest questions: Do we lose political tools, like activism, when we engage in dialogue? Are there risks that come with “talking it out” with your enemy? While dialogue may encourage you to look at a perceived enemy as human and flawed instead of evil and vicious, does it also slow progress toward a democratic ideal? What are the costs of asking people to learn rather than resist?

“Activism is a crucial tool of democracy,” Wahl said. “Democracies can’t run on good will and relationships alone. Claiming rights is a crucial tool, especially of less powerful groups. So, it’s not that activism is bad and shouldn’t happen. It’s not that naming and shaming campaigns and political pressure are bad. It’s that they are complicated, with complicated results.”

Wahl’s research finds that in our current world, the question of whether to engage in dialogue or in activism may come to reflect yet another division. But one isn’t better than the other. They’re different, and complicated.

What’s Next for UVA’s Class of 2022? END_OF_DOCUMENT_TOKEN_TO_BE_REPLACED