Did US States Get More Money Than They Needed for COVID-19 Relief? 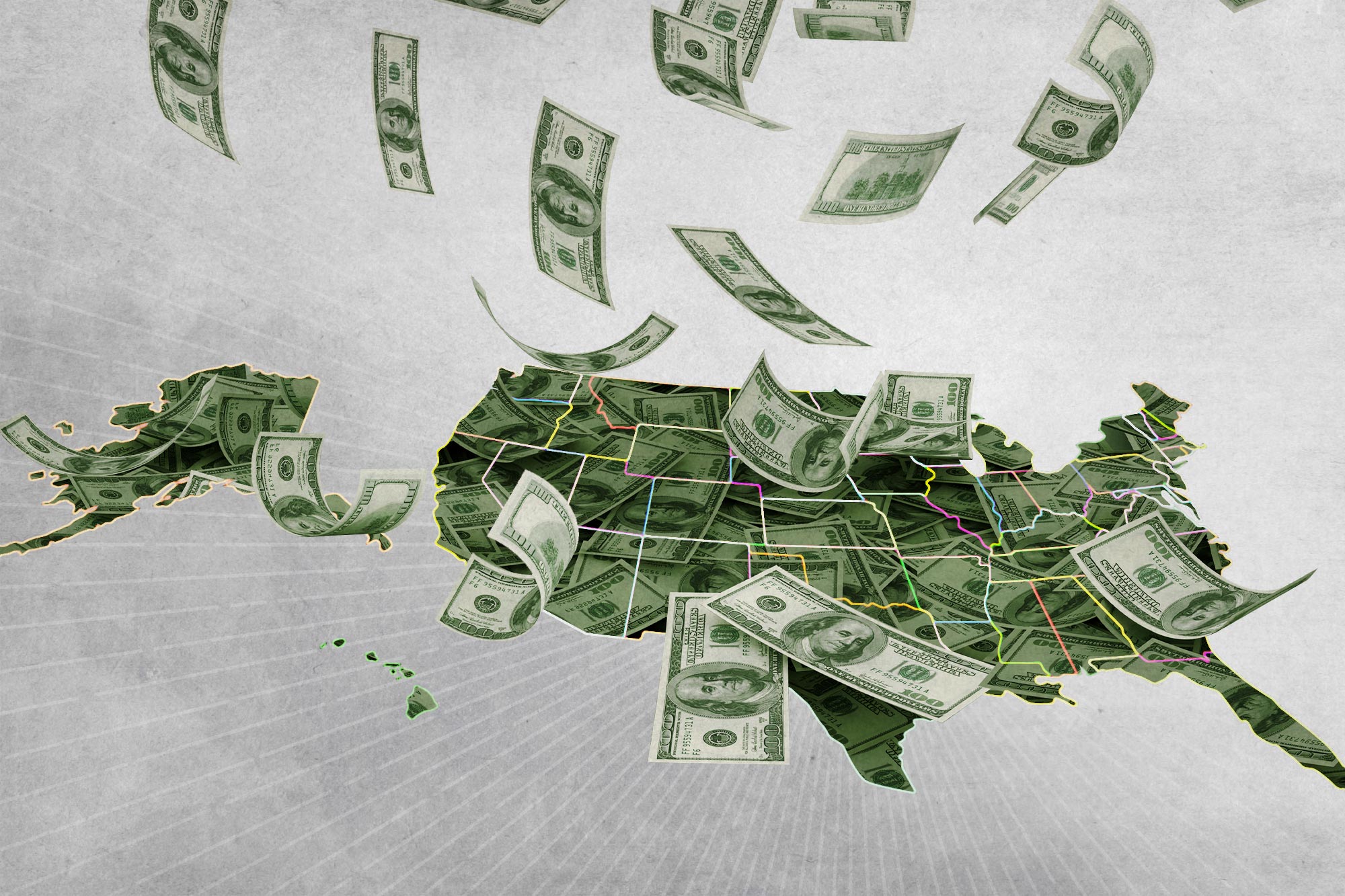 Across the country, states received huge infusions of cash from the federal government to help them deal with the effects of the COVID-19 pandemic; the most recent infusion of money comes from the American Rescue Plan Act of 2021, which was President Biden’s COVID-19 stimulus plan.

Raymond Scheppach, professor of public policy at the University of Virginia’s Frank Batten School of Leadership and Public Policy, spoke to The Conversation earlier this week about whether the federal government gave the states more money than they needed. Scheppach is a state budget expert who ran the National Governors Association for 28 years, worked in the Congressional Budget Office for seven years and is considered an authority on state and federal relations.

He says the flood of federal money may have been a rare occurrence in federal-state relations: too much of a good thing.

Q. What can states do with the latest infusion of money from the federal government?

A. States will get $195.3 billion over the next year in extremely flexible funds to be spent essentially on any health care costs or to offset any negative economic effects related to COVID-19. 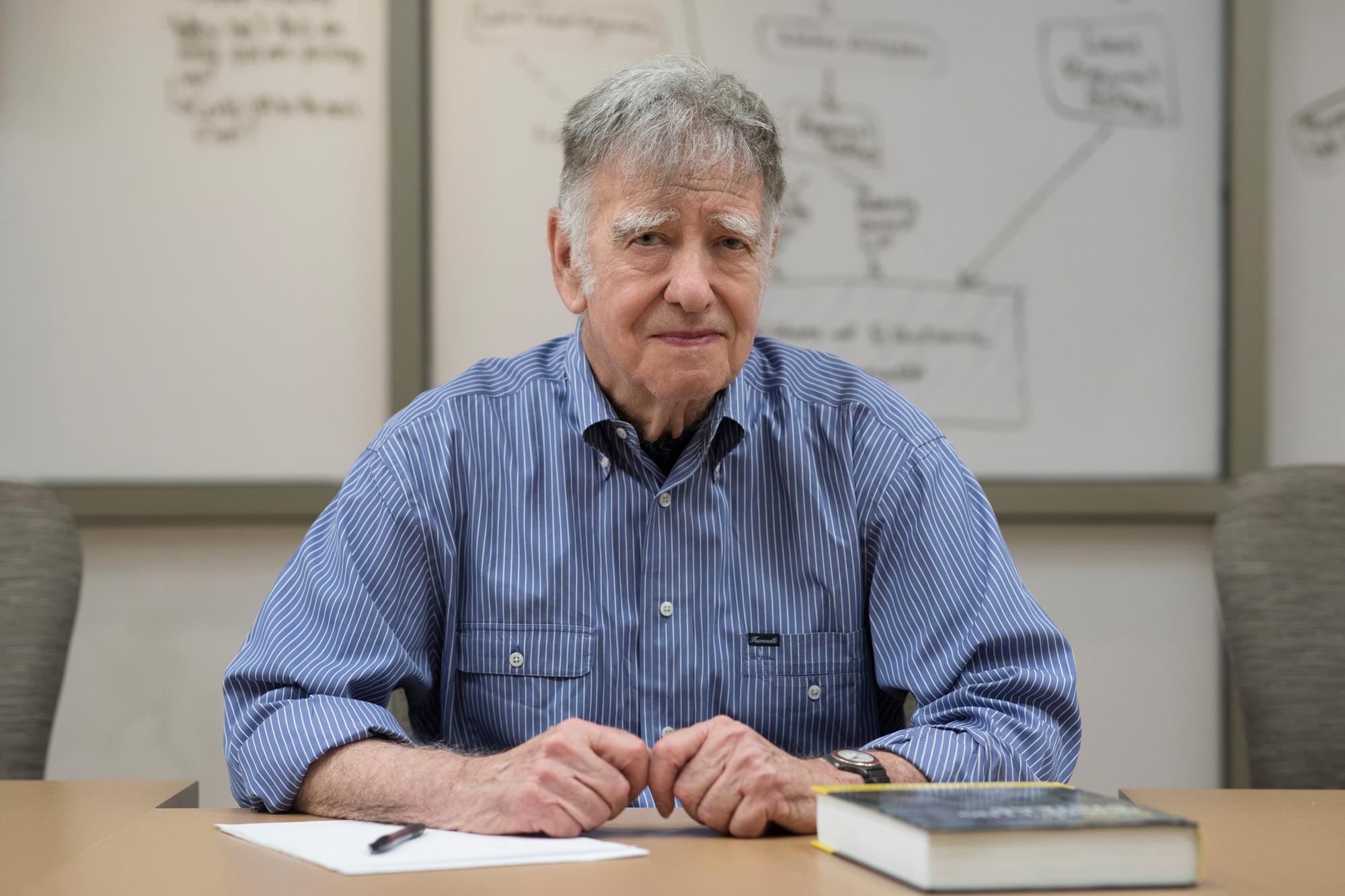 Given that the impact of COVID-19 differed substantially by state, it appears that the drafters of the legislation wanted to cover all of the direct health and economic costs of the pandemic. But in situations where individual states had less need, they could use the additional funds for infrastructure, where virtually every state has substantial needs.

Q. Are there limits on how the money can be spent?

A. The two major restrictions are that states could not use the funds to lower taxes or to make extraordinary deposits to pension funds. The pension restriction exists because a number of senators believe states such as Illinois, Connecticut, New Jersey and Kentucky have been irresponsible in not setting aside enough money to pay for even half of their future pension liability.

The only other restriction is that all funds need to be obligated or committed by Dec. 31, 2024, and spent by the last day of 2026. During most past economic downturns, states have often assisted local government, but this is not necessary this time as the legislation also included $154.7 billion to other governments such as cities, counties, tribes and territories.

Overall, the funds in this stimulus were far more flexible than those in the American Recovery and Reinvestment Act of 2009, a stimulus bill passed during the Great Recession to limit the economic contraction and help states weather the economic downturn. While substantial funds were provided to states in that package, most had to be used for state-administered federal programs such as highway construction and maintenance, housing weatherization for low-income individuals and families and the construction wastewater treatment systems.

Q. Did states receive more federal money for pandemic recovery than they need?

A. To answer this question, it is important to look back over the last year to see how much the COVID-19 pandemic affected state finances and to look forward to see how rapidly the economy and thus state revenues will recover.

It appears that the pandemic-related economic downturn in states was quite muted, confounding everyone’s expectation, including mine.

First, revenues have held up surprisingly well. For example, sales tax revenues actually grew by 0.5% in fiscal year 2020 and are on track to increase 2% in fiscal year 2021. This is largely because consumers continued to shop, but did so online as opposed to in malls. Most states now tax online sales. A few states depend heavily on revenues from the extraction of oil and gas, and that source held up well as prices recovered much faster than expected and production levels were maintained.

Most important, income tax revenues were also up 0.3% in fiscal year 2020 and are on track to be up 2.8% in fiscal year 2021. This is because many middle- and higher-income individuals shifted from the office to working from home with little unemployment interruption.

The other factor that is important to calculating whether the states got too much money is how much state revenues will rebound over the next year.

The pent-up demand for travel, entertainment and eating out in restaurants means the U.S. economy is estimated to have grown 8.6% during the second quarter of 2021 and 6.4% in 2021, relative to 2020. Consumers have money to spend as the savings rate was up substantially during the pandemic.

This all adds up to a rapid recovery and will quickly translate into similar growth in state sales tax and income tax revenues, the two largest sources of state revenues. Additionally, Medicaid enrollment will shrink as individuals find jobs and get employer-paid health care once again, further lowering state spending.

So, did states receive too much money in the Biden rescue plan? The answer is definitely “yes,” given that state revenues never declined very much, coupled with the federal government’s assistance in offsetting the spike in Medicaid, and the fact that the current recovery will be robust in terms of state revenues all support this conclusion.

Q. What are the economic challenges for states in the future?

A. Many states are increasing their spending for fiscal year 2022 by double-digit percentages, such as Vermont at 14.5%, Pennsylvania at 21.3% and North Carolina at 11.6%. Much of these funds will be spent on elementary, secondary and higher education, as well as Medicaid.

Once the federal money is all spent, many states may be looking at a serious budget problem: not enough money to support the spending levels they’ve assumed in their fiscal year 2022 budgets. That will likely happen when the economy slows and actual revenues fall short of the levels assumed in their budgets.

States will also have difficult decisions this year regarding how much should go into current operations and how much goes to long-run investments, like further spreading broadband.

Spending all the federal money by the mandated end date of Dec. 31, 2026, may also be difficult, and there is the potential risk that the federal government will take back any uncommitted funds. That would put pressure on states to spend or lose the funding, which could lead to some bad, or at least inefficient, choices. Quickly solved problems could take precedence over ones that may be more serious, but take more time to address.

For example, a state might commit funds to wastewater treatment, where it can be spent quickly, as opposed to highways, where the need is greater, but the planning horizon is longer.

Message from President Ryan Regarding Fatal Shooting on Grounds END_OF_DOCUMENT_TOKEN_TO_BE_REPLACED