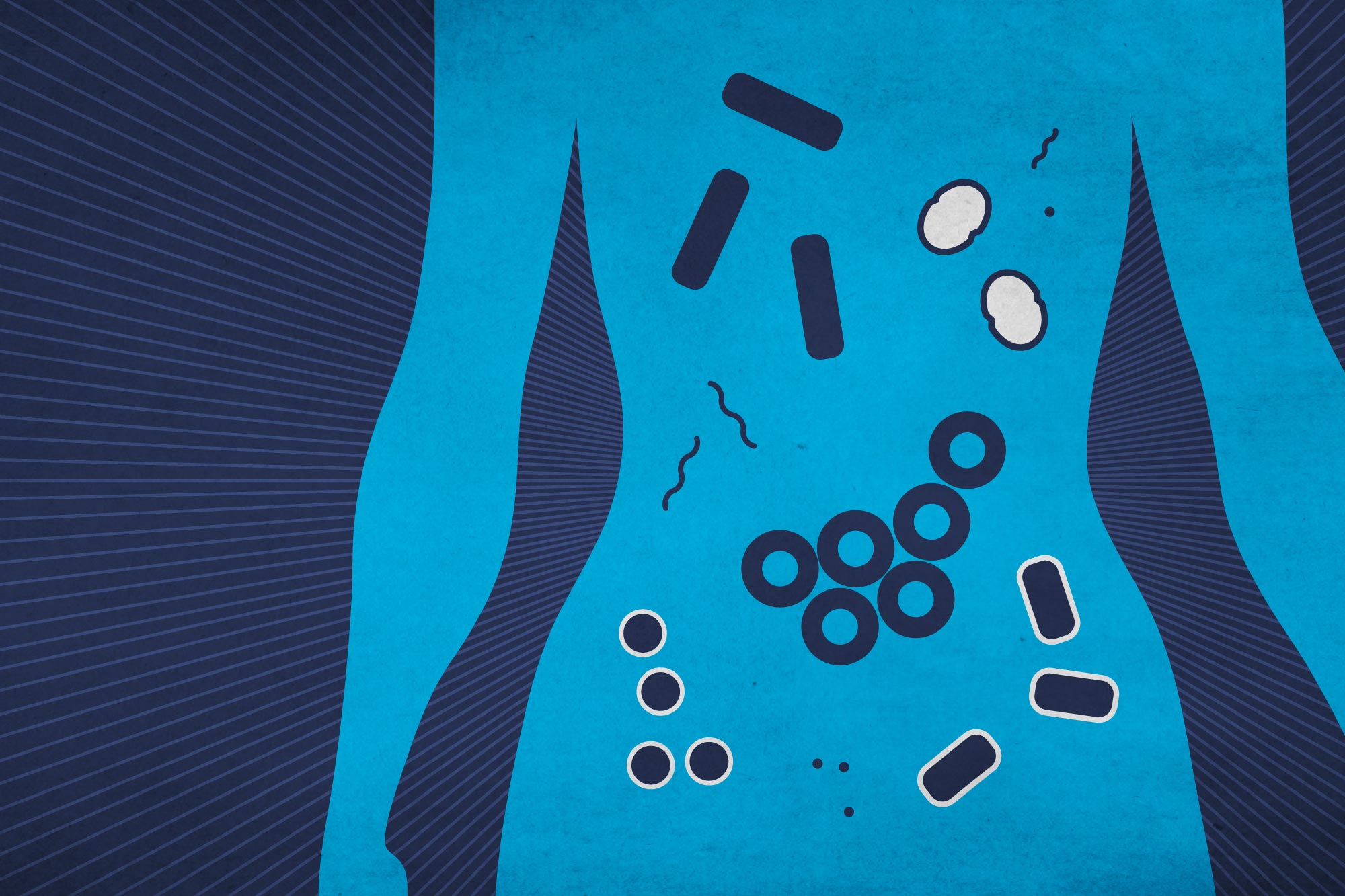 What we eat can affect the outcome of chemotherapy – and likely many other medical treatments – because of ripple effects that begin in our gut, new research from the University of Virginia suggests.

Scientists found that diet can cause microbes in the gut to trigger changes in the host’s response to a chemotherapy drug. Common components of our daily diets (for example, amino acids) could either increase or decrease both the effectiveness and toxicity of the drugs used for cancer treatment, the researchers found.

The discovery opens an important new avenue of medical research. It could have major implications for predicting the right dose and better controlling the side effects of chemotherapy, the researchers report. The finding also may help explain differences seen in patient responses to chemotherapy that have baffled doctors until now. 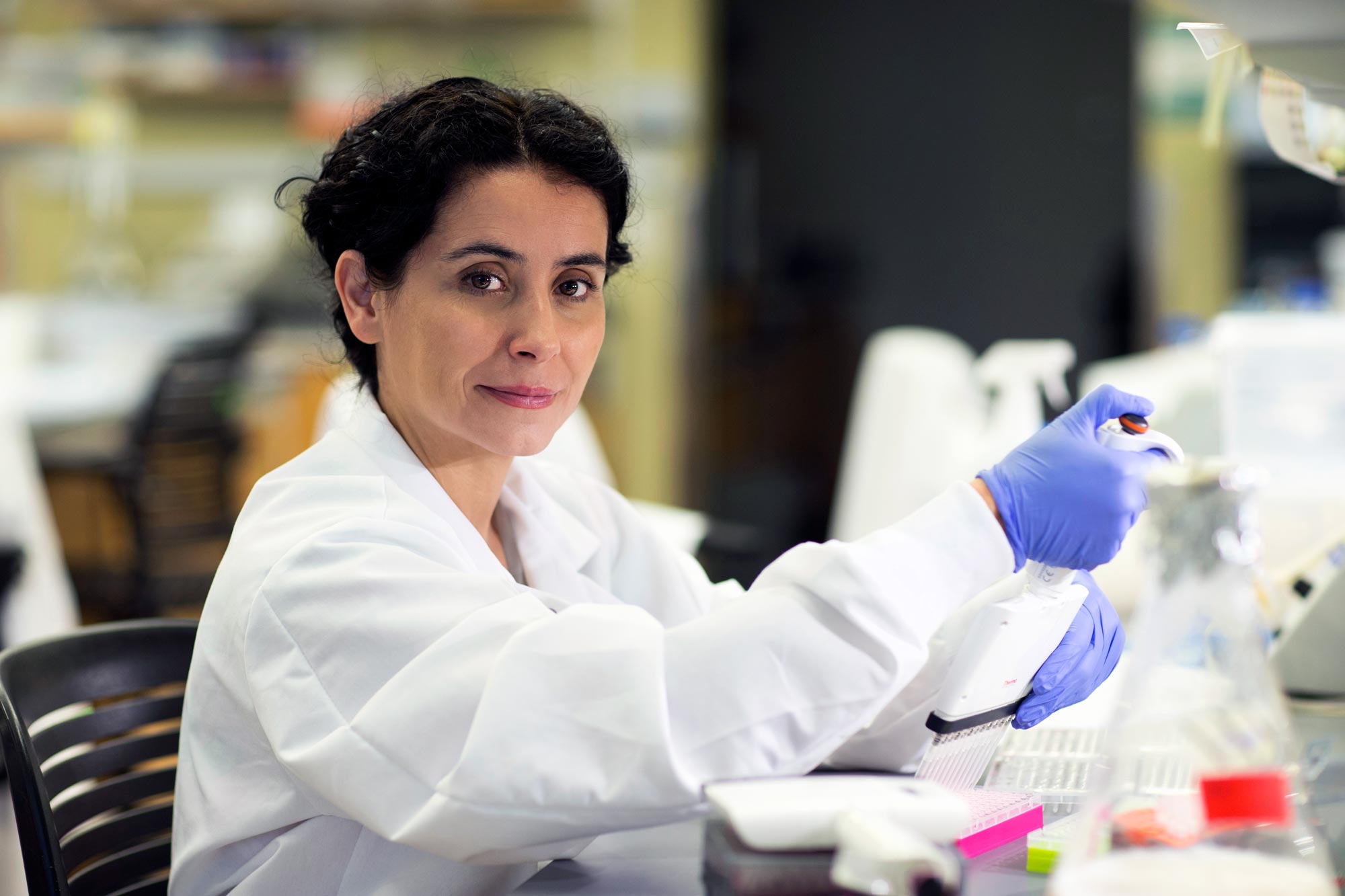 Eyleen O’Rourke, UVA assistant professor of biology, says that by modulating the microbes that live in our gut, there is enormous potential to improve treatment outcomes. (Photo by Dan Addison, University Communications)

“The first time we observed that changing the microbe or adding a single amino acid to the diet could transform an innocuous dose of the drug into a highly toxic one, we couldn’t believe our eyes,” said Eyleen O’Rourke of UVA’s College of Arts & Sciences, the School of Medicine’s Department of Cell Biology and the Robert M. Berne Cardiovascular Research Center. “Understanding, with molecular resolution, what was going on took sieving through hundreds of microbe and host genes. The answer was an astonishingly complex network of interactions between diet, microbe, drug and host.”

Doctors have long appreciated the importance of nutrition on human health, but the new discovery highlights how what we eat affects not just us, but the microorganisms within us.

The changes that diet triggers on the microorganisms can increase the toxicity of a chemotherapeutic drug up to 100-fold, the researchers found using the new lab model they created with roundworms. “The same dose of the drug that does nothing on the control diet kills the [roundworm] if a milligram of the amino acid serine is added to the diet,” said Wenfan Ke, a graduate student and lead author of a new scientific paper outlining the findings.

Further, different diet and microbe combinations change how the host responds to chemotherapy. “The data show that single dietary changes can shift the microbe’s metabolism and, consequently, change or even revert the host response to a drug,” the researchers report in their paper published in Nature Communications.

In short, this means that we eat not just for ourselves, but for the more than 1,000 species of microorganisms that live inside each of us, and that how we feed these bugs has a profound effect on our health and the response to medical treatment. One day, doctors may give patients not just prescriptions, but detailed dietary guidelines and personally formulated microbe cocktails to help them reach the best outcome.

Researchers have observed microbes and diet affecting treatment outcomes before. However, the new research stands out because it is the first time that the underlying molecular processes have been fully dissected.

The researchers’ new model is an extremely simplified version of the complex microbiome – collection of microorganisms – found in people. Roundworms serve as the host, and non-pathogenic E. coli bacteria represent the microbes in the gut. In people, the relationships among diet, microorganisms and host is vastly more complex, and understanding this will be a major task for scientists going forward.

The research team noted that drug developers will need to take steps to account for the effect of diet and microbes during their lab work. For example, they will need to factor in whether diet could cause the microorganisms to produce substances, called metabolites, that could interfere with or facilitate the effect of the drugs.

The researchers suggest that the complexity of the interactions among drug, host and microbiome is likely “astronomical.” Much more study is needed, but the resulting understanding, they say, will help doctors “realize the full therapeutic potential of the microbiota.”

“The potential of developing drugs that can improve treatment outcomes by modulating the microbes that live in our gut is enormous,” O’Rourke said. “However, the complexity of the interactions between diet, microbes, therapeutics and the host that we uncovered in this study is humbling. We will need lots of basic research, including sophisticated computer modeling, to reveal how to fully exploit the therapeutic potential of our microbes.”

About the Microbiome Research

The research was generously supported by the W.M. Keck Foundation, the Pew Charitable Trusts and the Jeffress Trust Award Program.