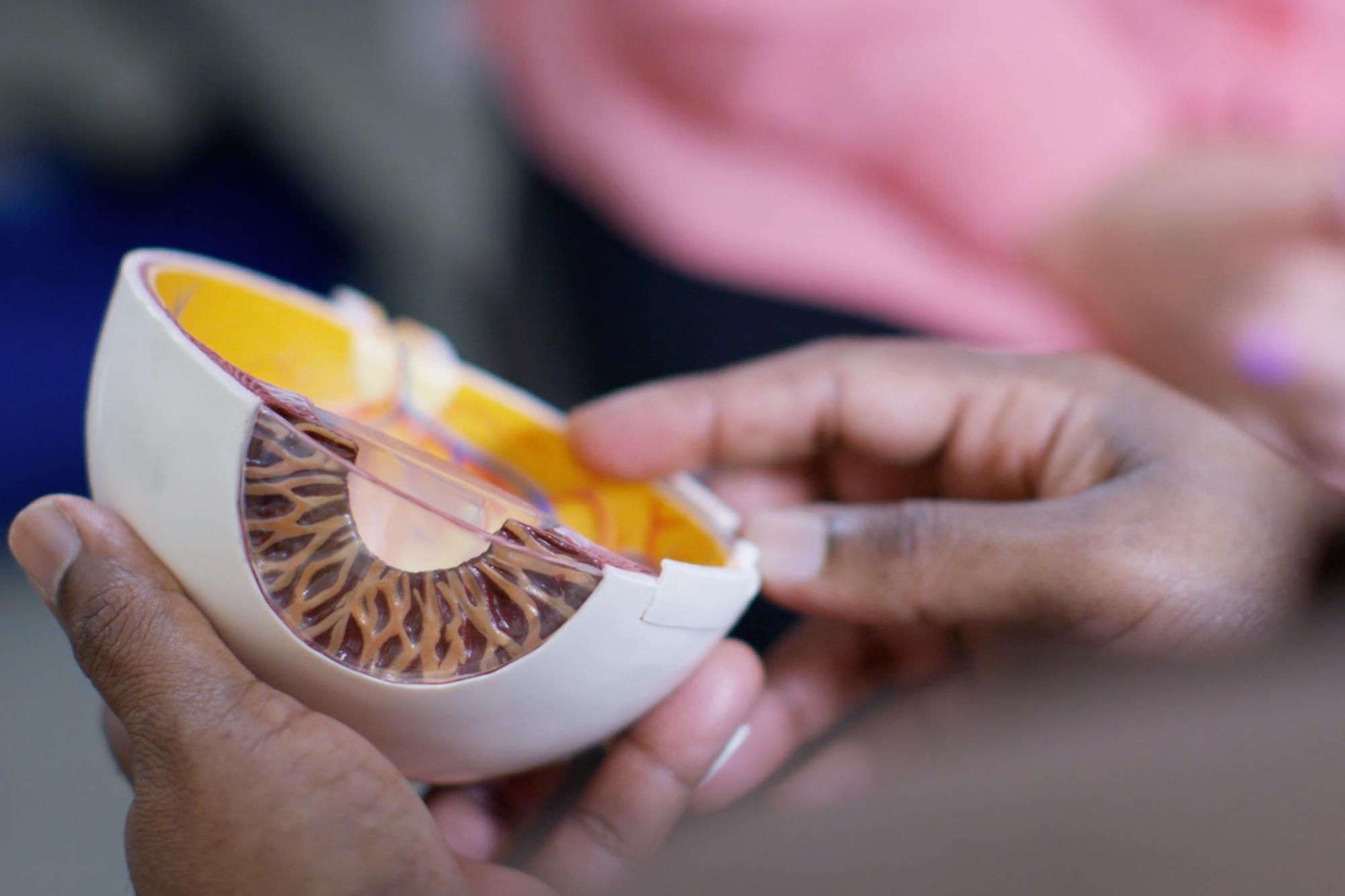 Researchers have successfully treated age-related macular degeneration in mice after finding an unexpected link between the two main forms of the blinding eye disease, the leading cause of vision loss in people 60 and older.

Researcher Brad Gelfand of the University of Virginia School of Medicine and the UVA School of Engineering, cautions that his team is far from being able to use the approach in human patients with age-related macular degeneration, but he is excited about the potential it holds.

“It’s not as if this is the final answer to the problem, but it’s certainly a big step along the way, hopefully,” he said. 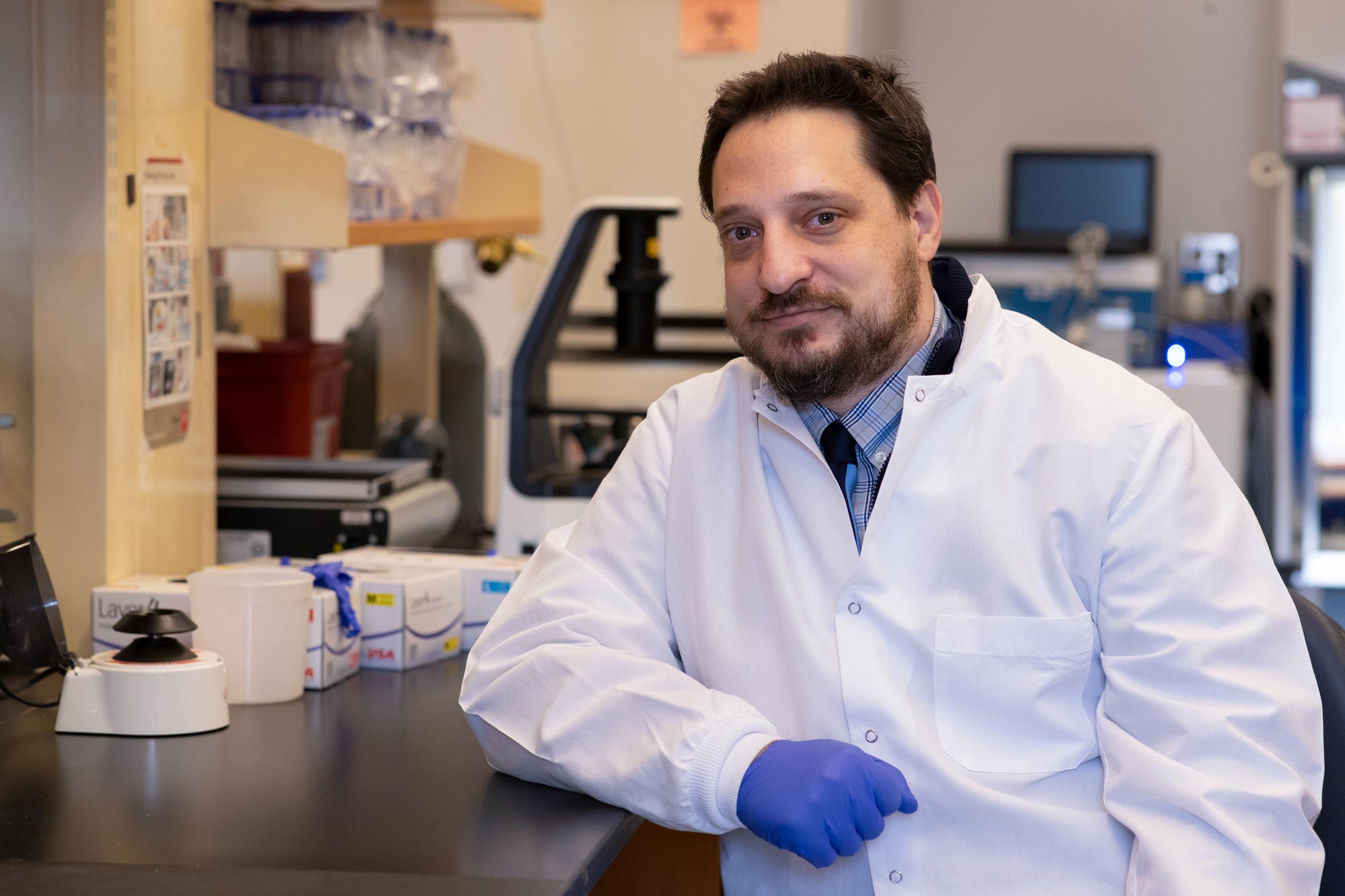 The new discovery links the “dry” and “wet” forms of macular degeneration in a surprising way. Gelfand has focused primarily on the more common, and currently untreatable, dry form. But after making a discovery about dry age-related macular degeneration, he went on to determine that the finding held true for the wet form as well.

“It was almost chance; we were like, ‘Why don’t we just go ahead and look for wet?’ When we first saw the results, I was very surprised,” he said. “Initially, it was equal parts excitement and disbelief.”

Gelfand, of UVA’s Center for Advanced Vision Science, found that the absence of a particular enzyme could drive both forms of age-related macular degeneration. The enzyme, called Dicer, is lost with age, and that loss leads to an overgrowth of blood vessels in the retina and other damage, he and his team determined.

An Enzyme to Stop Macular Degeneration

“As it stands, patients with [wet] AMD have to undergo frequent injections into their eye, which can be painful and come with some risks. They have to come to the eye doctor once a month or every other month. A lot of these people can’t drive. So it’s a huge burden,” he said. “The idea behind using gene therapy like the one we propose is that one treatment would last for a very long time. It’s a sustained therapy. So we can improve their vision and reduce the number of doctor’s visits they have to make.”

Developing a Dicer-based treatment will likely take several years, even if all goes well. For now, though, Gelfand’s discovery has shed important light on the poorly understood relationship between the two forms of age-related macular degeneration.

“It certainly solidifies the idea that wet and dry age-related macular degeneration share a lot of mechanisms,” he said. “It’s something that researchers today are still trying to grapple with – why might one person have wet age-related macular degeneration and one person have dry. Sometimes it’s the case that the same person has wet in one eye and the other eye has dry. Sometimes the same eye has both. This adds another important piece of evidence that the underlying mechanisms of these two processes are really tightly linked.”

Gelfand, of UVA’s Department of Ophthalmology and the Department of Biomedical Engineering, and several of his collaborators are seeking patents related to their discovery. A full list of disclosures from the research team is available in the PNAS paper or by request.

What’s Next for UVA’s Class of 2022? END_OF_DOCUMENT_TOKEN_TO_BE_REPLACED

How Affordable is UVA? END_OF_DOCUMENT_TOKEN_TO_BE_REPLACED