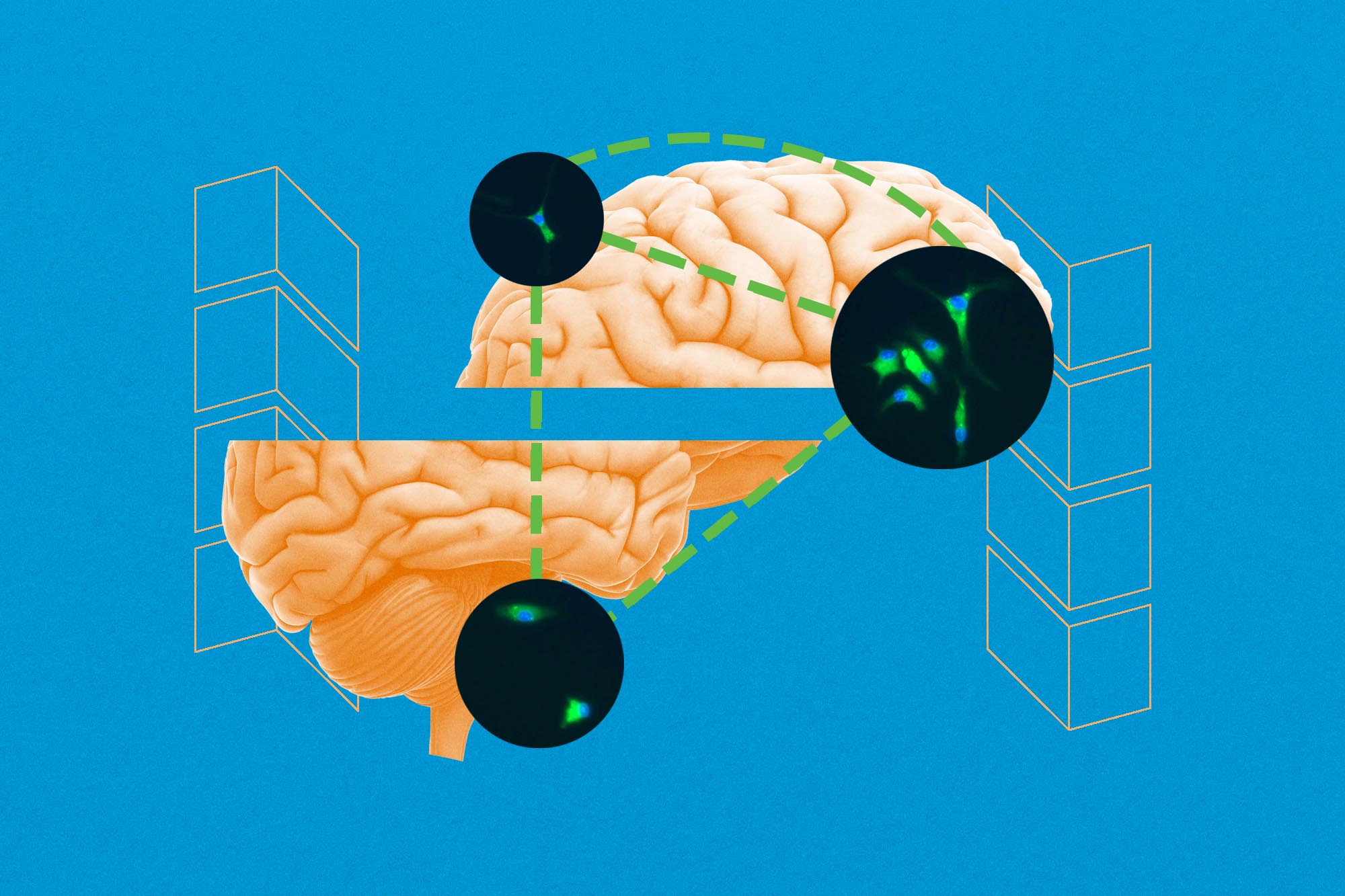 University of Virginia School of Medicine researchers have discovered a previously unknown repair process in the brain that they hope could be harnessed and enhanced to treat seizure-related brain injuries.

Common seizure-preventing drugs do not work for approximately a third of epilepsy patients, so new and better treatments for such brain injuries are much needed. UVA’s discovery identifies a potential avenue, one inspired by the brain’s natural immune response.

Using high-powered imaging, the researchers were able to see, for the first time, that immune cells called microglia were not just removing damaged material after experimental seizures, but actually appeared to be healing damaged neurons.

“There has been mounting generic support for the idea that microglia could be used to ameliorate seizures, but direct, visualized evidence for how they could do this has been lacking,” said researcher Ukpong B. Eyo of UVA’s Department of Neuroscience, the UVA Brain Institute and UVA’s Center for Brain Immunology and Glia, or BIG. “Our results indicate that microglia may not be simply clearing debris, but providing structural support for neuronal integrity that may have implications even beyond the scope of seizures and epilepsy.”

A Surprising Response to Seizures

The new findings come from a collaboration of scientists at UVA, the Mayo Clinic and Rutgers University. They used an advanced imaging technique called two-photon microscopy to examine what happened in the brains of lab mice after severe seizures. What they saw was strange and unexpected.

Rather than simply cleaning up debris, the microglia began forming pouches. These pouches didn’t swallow up damaged material, as many immune cells do. Instead, they began tending to swollen dendrites – the branches of nerve cells that transmit nerve impulses. They weren’t removing, the scientists realized; they appeared to be healing.

These odd little pouches – the scientists named them “microglial process pouches” – stuck around for hours. They often shrank, but they were clearly doing something beneficial, because the dendrites they targeted ended up looking better and healthier than those they didn’t.

“We did not find microglia to be ‘eating’ the neuronal elements in this context,” Eyo said. “Rather, we saw a strong correlation between these interactions and a structural resolution of injured neurons suggestive of a ‘healing’ process.”

The new insights into the brain’s immune response points scientists in promising new directions. “Although these findings are exciting, there is yet a lot to follow up on them. For example, the precise mechanisms that regulate the interactions remain to be identified. Moreover, at present, the ‘healing’ feature is suggested from correlational results, and more definitive studies are required to certify the nature of the ‘healing,’” Eyo said. “If these questions can be answered, they will provide a rationale for developing approaches to enhance this process … in seizure contexts.”

Eyo has already received two grants totaling almost $5 million from the National Institutes of Health to continue his study of microglia. The funding will allow him to study how the immune cells help regulate vascular function, which could be important in diseases such as Alzheimer’s, and their role in brain-hyperactivity disorders, such as febrile seizures that can trigger epilepsy.

“With this new funding, we are eager to clarify roles for microglia in seizure disorders and vascular function,” he said. “UVA’s continued investment in neuroscience research provides a suitable home for our lab’s research.”

What’s Next for UVA’s Class of 2022? END_OF_DOCUMENT_TOKEN_TO_BE_REPLACED