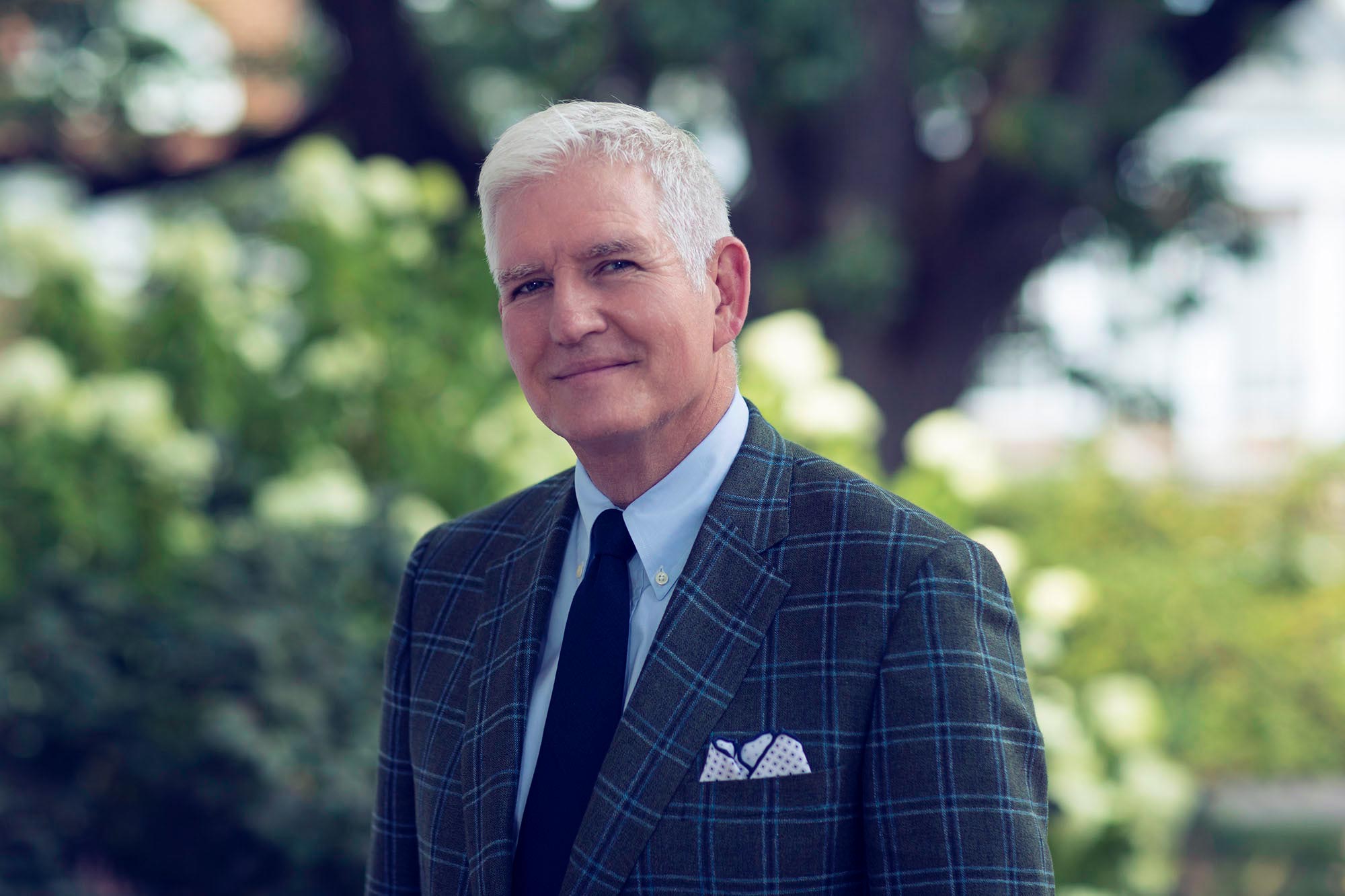 Dean of Students Allen Groves has filled many roles around Grounds, and can now add radio DJ to the list. (Photo by Dan Addison, University Communications)

What does Dean of Students Allen Groves listen to when he’s not busy helping University of Virginia students feel at home on Grounds?

Broadcasting Monday night on UVA’s student-run radio station, WXTJ, Groves shared his “greatest hits” playlist with fourth-year students and radio DJs Tyler Garling and Michael Crawford. Together they offered up a mix of old-school rock and soulful country tunes, ranging from David Bowie and The Eagles to Glen Campbell and the Zac Brown Band, which Groves loves to play while driving around Charlottesville in his 20-year-old convertible.

It was Groves’ first time on the station, which, along with UVA student- and community-run station WTJU, often brings in guests from UVA and the Charlottesville community to join 200-plus student and community DJs. WTJU, a noncommercial station, plays more than 1,100 songs per week. That’s roughly 1,000 more than most commercial Top 40 stations play weekly, and includes everything from classical music to classic rock.

Check out some of the songs that Dean Groves played and hear them for yourself in the Spotify playlist below.

“Take It To The Limit” – The Eagles

Groves is a big fan of the classic rock band and has seen them perform several times in Charlottesville and Washington, D.C. He said “Take It To The Limit” was his favorite of their songs.

“They were hitting the big time when I was a teenager,” Groves said. “I loved their mix of country and crossover.”

“The Boys of Summer” – Don Henley

Groves also gave a shout-out to Eagles drummer and vocalist Henley, who later branched out on his own with hits like “The Boys of Summer.”

“I love the lyrics and the music of this song. I think it’s timeless,” Groves said. “And for me, it’s a great song about growing older.”

“That’s Just What You Are” – Aimee Mann

Mann earned high praise from Groves, who called the prolific singer-songwriter one of his top two or three artists.

“Her albums are the rare ones that I can listen to in the car and not skip a single song,” he said.

“Wonderful,” by 90s rock band Everclear, is written from the point-of-view of a child watching his parents divorce.

“It’s got upbeat music, but it’s an angry song,” Groves said. “I think, when you are having a bad day, belting out this song in the car is not the worst thing you could do.”

“Falling In and Out of Love” – Pure Prairie League

“This is just a great tune,” Groves said of the soulful song by country-rock band Pure Prairie League.

“It’s something you can listen to at home, just sitting on the couch,” he said. “It’s very relaxing.”

Groves is also a fan of country powerhouse Zac Brown Band, which will play at the John Paul Jones Arena in October. He first discovered the band two years ago while walking on the Lawn and hearing one of the Lawn residents playing this song on his speakers. Now, he loves listening to “Free” while driving in the beautiful countryside surrounding Charlottesville in his convertible.

“He was playing this song and I went over and asked him about it,” Groves said. “It’s a fabulous song for driving around in the country.”

“Too Many Birds” – Bill Callahan

Groves owes his discovery of this Bill Callahan hit to his dog, Gracie. Since Gracie, a rescue dog, gets nervous when he leaves home, Groves often puts on an acoustic music station to soothe her. One day, he came home and “Too Many Birds” was playing.

“It’s an unusual song, not derivative, and with great writing,” he said. “He has a wonderful voice.”

Groves grew up listening to the country music legend.

“If you look at his body of work and his vocals, it’s just exceptional,” Groves said. “This song is about a young man going off to Vietnam, leaving behind his girlfriend. For the time in which it was written, it was very powerful.”

“There are other versions, but this one is so simple, so much clearer, and you really hear the lyrics and the story,” he said.

Garling and Groves agreed that the English rock band, characterized by a fusion of pop and classical music, is extremely underrated.

“There is a full orchestra behind them, with an incredible range of vocals,” Groves said. “It’s just wonderful music.”

Groves’ playlist closes out with a tribute to English sensation Bowie, one of the world’s best-known and best-selling artists. Groves said “Heroes” and “Young Americans” are his two favorite Bowie songs.

“Genius is an overused word, but he is a genius,” he said. “No question about it.”

See a playlist from the show on Spotify below.