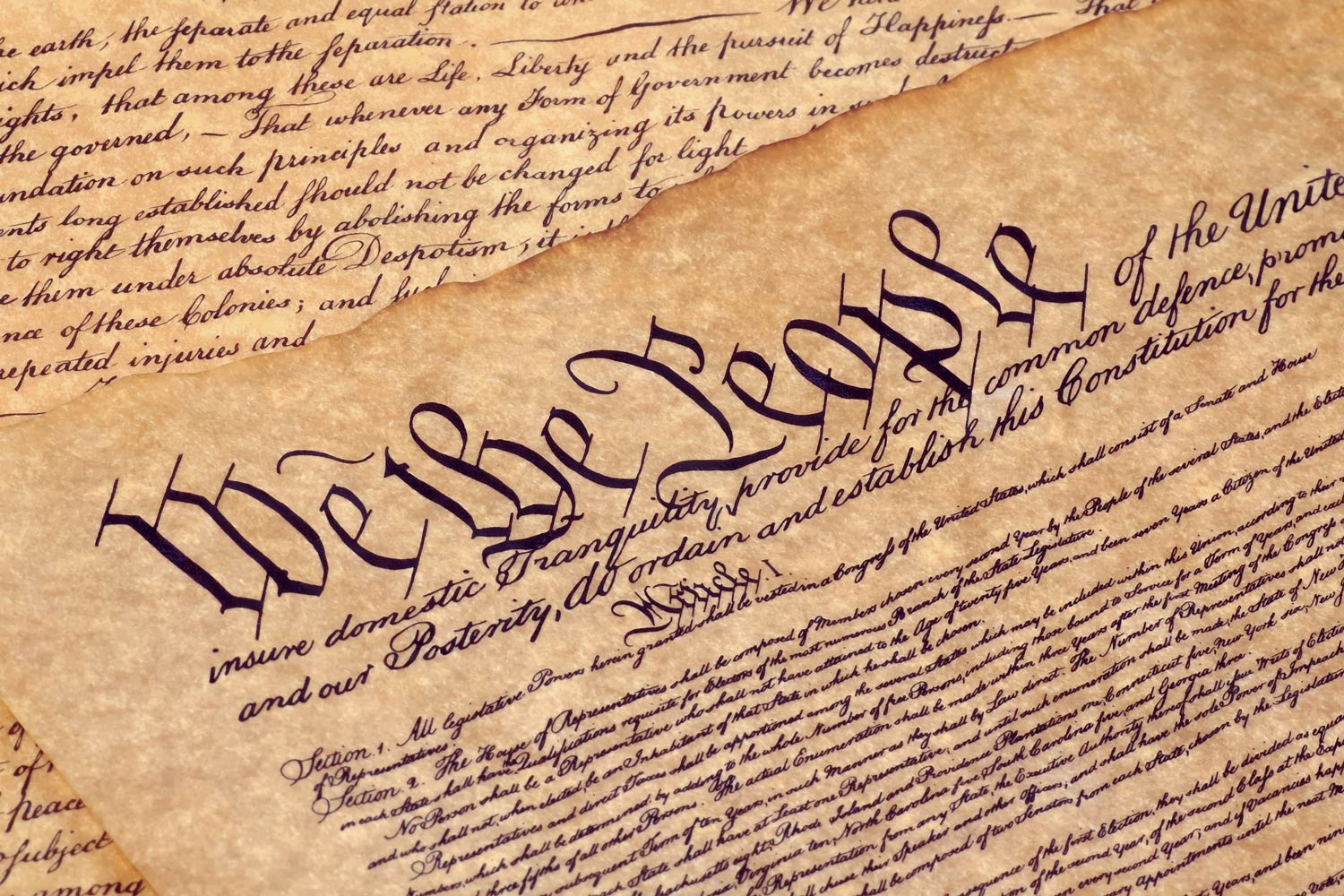 Constitutions are written to be the girders of civilized society. They enumerate what is allowed and what is not, all with the goal of constraining power and documenting a country’s values.

But how do constitutions really affect society and keep governments in check? If anyone knows the answer to that question, it’s Mila Versteeg. The University of Virginia law professor has read about 700 national constitutions, from the United States’ seminal document to Thailand’s and everything in between.

Versteeg, who was named a 2017 Andrew Carnegie Fellow, is co-writing a book that explores whether and how constitutional rights constrain government behavior. She answered a few questions about what she’s found. 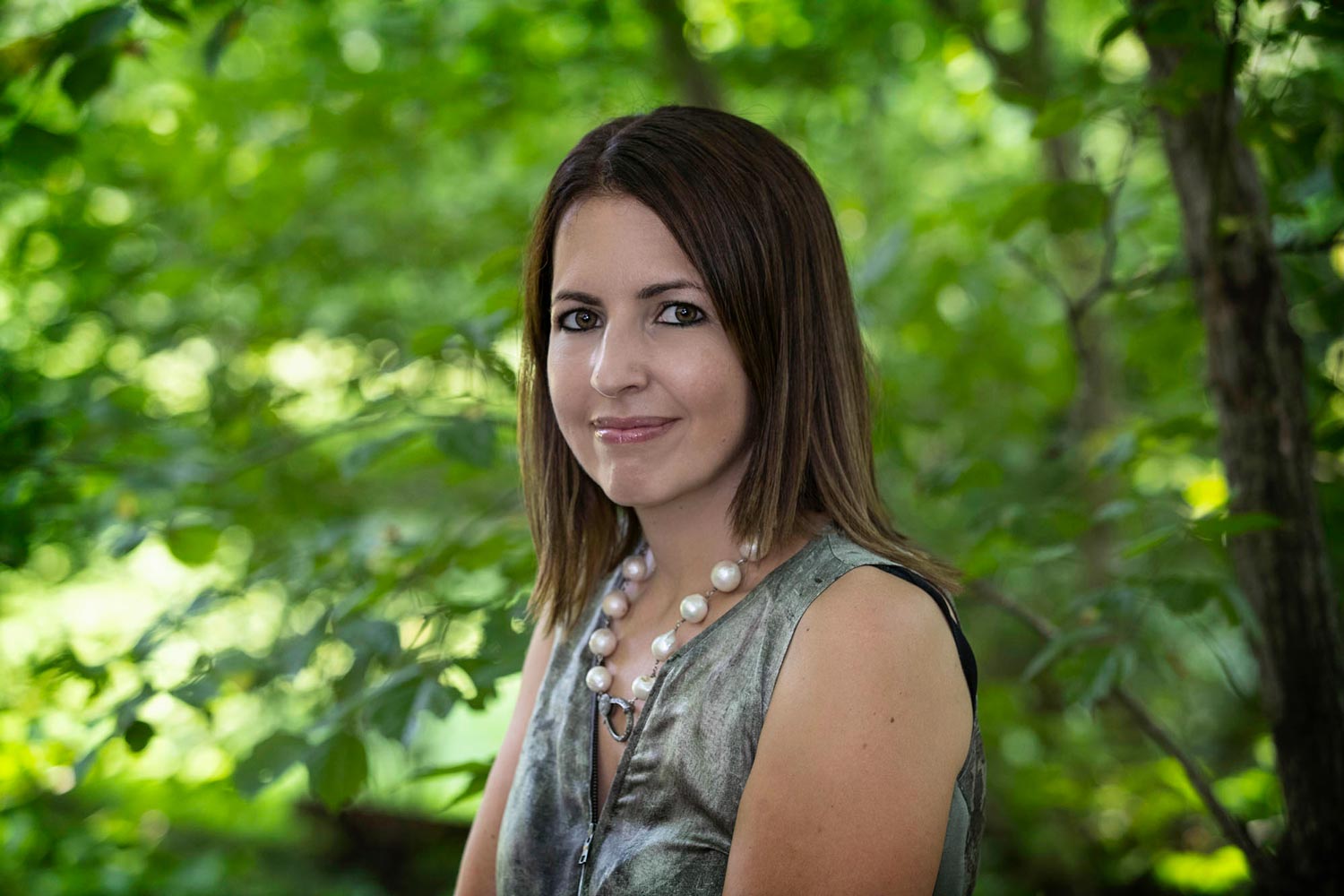 Q. Your research has found that we know remarkably little about whether or not constitutional rights actually make a difference. Can you explain why?

A. What I have found is that respect for constitutional rights cannot be taken for granted. Writing a right into the constitution does not necessarily translate into better rights practices. In many countries, even democratically elected governments routinely ignore the constitution.

The notion that constitutional rights do not necessarily constrain those in power is an idea that traces back to at least James Madison. He feared that the Constitution would constitute mere “parchment barriers.” Although Madison believed that the Constitution might be able to prevent a minority from abusing the majority, he was more skeptical it could prevent a “tyranny of the majority.”

And indeed many U.S. presidents have violated the Constitution: John Adams signed the Alien and Sedition Act that, amongst other things, criminalized making false statements critical of the government; Abraham Lincoln suspended the writ of habeas corpus; and Franklin Roosevelt ordered the internment of Japanese-Americans. Around the world, there are many more examples; more than we can possibly recount here.

Together with my co-author, Adam Chilton at the University of Chicago, I have spent the last few years studying the effectiveness of constitutional constraints around the world. We fielded surveys among the general public in Turkey and the U.S., traveled to Tunisia, Myanmar, Russia and Poland to conduct case studies, and used statistical methods to analyze a dataset on rights protections in every country’s constitution. The goal of this research is to understand whether the promises written in constitutions protect the citizens when governments seek to encroach upon their rights.

A. There is good news and bad news.

First, the bad news: Constitutional rights are often ignored. For example, of all countries that constitutionally prohibit torture, a mere 12.3 percent fully uphold this prohibition in practice. And as we learned in December 2014 with the release of the U.S. Senate Torture Report, the U.S. is among the countries that has violated this prohibition. The U.S. is not alone: there is data suggesting that in 2011, of the 107 democracies in existence, 40 frequently engaged in torture and another 41 occasionally engaged in torture.

Similarly, just 22.9 percent of countries that constitutionally guarantee fair trial rights deliver on that promise, and only 26.7 percent of countries that protect the freedom of expression fully do so. These basic patterns hold even when using statistical techniques that control for a range of factors – like a country’s wealth, population, judicial independence or system of government. This means that, even in democracies with independent courts, constitutional constraints are circumvented.

Recent events in Europe reveal how constitutionally constrained government can be a fragile institution. In 2010, the nationalist populist Fidez party rose to power in Hungary. The new government proceeded to undermine the freedom of the press, change the country’s electoral laws and weaken the opposition by banning paid advertising on television. The rights provisions of Hungary’s new constitution are routinely ignored or amended. The Hungarian Constitutional Court, once one of the strongest constitutional courts in the region, has been packed with sympathetic judges and stripped of much of its power. In just a few years, Hungary has gone from being a well-functioning democracy to being a quasi-authoritarian country were freedom of the press is restricted, minority rights are disrespected and civil society is under threat. And Hungary isn’t alone; similar transformations are currently underway in Poland and Turkey.

What is more, leaders have become increasingly sophisticated in restricting constitutional rights without clearly violating the constitution. One common strategy to curb free speech, for example, employed successfully by presidents Putin in Russia and Peña Nieto in Mexico, is to buy most of the airtime from independent broadcasters, or to simply buy the news station entirely. It would be like the Trump Foundation buying CNN, MSNBC and the New York Times, and then turning it into a mouthpiece of the government.

These comparative examples illustrate how constitutional rights alone do little to constrain governments. Leaders who pull the state’s purse strings and command the military can often find their way around the constitution.

Even independent courts do not necessarily stand in the governments’ way. As Alexander Hamilton famously noted, courts lack the power of the sword and the purse. Executives can thus get around meddling judges by packing the courts with new jurists, withdrawing funding, stripping their powers or simply ignoring their decisions. After all, the Hungarian government wasn’t the first to think of packing an uncooperative court: President Roosevelt threatened to expand the Supreme Court if it continued to strike down its social welfare programs.

Q. What is the good news?

A. Where there is strong popular resistance to rights violations, violating the constitution can become so costly that most governments will refrain from doing so. Moreover, we find that some rights tend to be particularly costly to violate. This is the case for rights that are practiced by and/or within organizations. Organizations are particularly well- equipped to resist rights encroachment by the government.

One example is the freedom of religion. Religious rights are typically exercised collectively, through religious organizations such as churches, synagogues and mosques. When a government seeks to encroach upon religious freedom, these organizations have both the incentives and means to mobilize to protect their own interests. They can lobby against proposed religious restrictions, mobilize the political opposition, bring cases to courts or organize their followers to take to the streets. In doing, the constitution can be an important tool in resisting rights encroachment as it allows the organization to portray the government actions as a violation of the constitution.

For example, when Russia opened up a space for religion after the fall of the Soviet Union, a diverse set of religious organizations emerged. Subsequent decades witnessed various attempts to favor the Russian Orthodox Church over smaller religious groups and to restrict these smaller groups’ rights. Yet strong resistance from these groups, backed by the constitution, substantially slowed down the government’s progress in doing so. It was only in 2016, after a number of failed attempts, that the Russian government passed comprehensive legislation that restricts religious freedom. By contrast, the decline of free speech was almost immediate.

Other examples of rights that empower organizations include the right to unionize and the right to form political parties. Where rights are practiced within organizations, they can constrain even leaders in autocracies without independent courts. This is because they are supported by organizations that do whatever they can to make it politically costly to violate rights, and thus make it more difficult for government to encroach on them.

By contrast, where rights do belong to no group or organization in particular, such as the prohibition of torture, mobilization to enforce the right can be more challenging. It is often difficult for unconnected citizens to mobilize and punish governments that violate rights.

Of course, that does not mean this cannot happen. Dedicated groups of citizens might still be able take action to protect their rights. For example, when thousands of people took the streets in Poland this October to protest the government’s abortion ban, the government backed away from the proposal. And when thousands of Americans rushed to the airports when the Trump administration announced its travel ban, they simultaneously emboldened the courts that struck down the ban and caused the Trump administration to back down.

Q. How would you say the U.S. Constitution is holding up?

A. The U.S. Constitution is a document that clearly matters. But one of the key insights from my research is that, for the Bill of Rights to be more than a mere parchment barrier, there need to be dedicated citizens that punish governments that seek to violate the Bill of Rights.

In that sense, I think there is both cause for both worry and hope in the U.S. It is well-known that President Trump has on a number of occasions proposed plans that clearly violate the Constitution. For example, Trump announced his belief that the government should restrict freedom of speech by criminalizing flag burning, curtail freedom of the press by loosening up libel laws to make it easier to sue newspapers, and limit freedom of religion by requiring Muslim Americans to register themselves in a database maintained by the federal government. While it is still unclear which of those plans he will follow through with, many people around the country are concerned that the Constitution will not be enough to protect their rights during Trump’s presidency. My research shows that such concerns are justified: rights alone will do little to halt the president.

But there is also hope. America’s constitutional tradition is the oldest in the world and civil society is strong. If President Trump were to attempt to restrict free speech, for example, he would likely encounter a wave of protests and lawsuits. Free speech is an individual right that does not belong to any group in particular, but America’s press is well-organized and will almost certainly fight vigorously to defend its freedoms. Unlike in Russia, it will be difficult for President Trump to simply buy CNN, or to subject it to comprehensive tax audits (another technique commonly used by repressive regimes). The U.S. also has a strong and independent judiciary, and we can count on courts to defend the Constitution.

But we should not count on the press or courts to do this work alone. Ensuring that constitutional promises are met requires civil society organizations to mobilize, draw public attention to proposed rights violations, litigate unconstitutional proposals tooth and nail, and take the streets in protest.

Thus far, Americans have done just that. For that reason, I am hopeful that the U.S. Constitution will hold up, even where many other country’s constitutions have failed.

Q. How long does a constitution typically last?

A. Nineteen years. This is an interesting story. It is not a finding from my research, but it is one of the things that I encounter in my work.

If you look through the constitutions around the world, they last 19 years on average, which is incredible. Jefferson’s prediction is sort of what governs constitutions globally. In fact, my research has found that many U.S. states follow this formula.

It’s Copperhead Season in Virginia. Here Is What You Need to Know END_OF_DOCUMENT_TOKEN_TO_BE_REPLACED

What’s Next for UVA’s Class of 2022? END_OF_DOCUMENT_TOKEN_TO_BE_REPLACED