For many Americans, Afghanistan conjures images of war: al-Qaeda, the Taliban and the War on Terror. For University of Virginia alumnus Richard Danziger, Afghanistan has been home, on and off, for almost 18 years.

Danziger, a London native and 1981 UVA graduate who studied drama and comparative literature, just completed his term as Afghanistan’s chief of mission and special envoy for the International Organization for Migration, one of the largest aid organizations working in the country. His track record with IOM includes managing out-of-country voter registration and polling for Afghans living in Iran and Pakistan and organizing refugee camps after the Rwandan genocide.

In Afghanistan, Danziger led IOM’s nine offices and 300 employees in providing relief from natural disasters and assisting the more than 350,000 undocumented Afghan migrants returning from Pakistan and Iran, particularly vulnerable groups like unaccompanied minors, single women and those with medical problems. As the migrant crisis in Europe has escalated, Danziger’s office also discussed policy with European states, educating Afghans on the realities of migration and assisting rejected asylum-seekers. 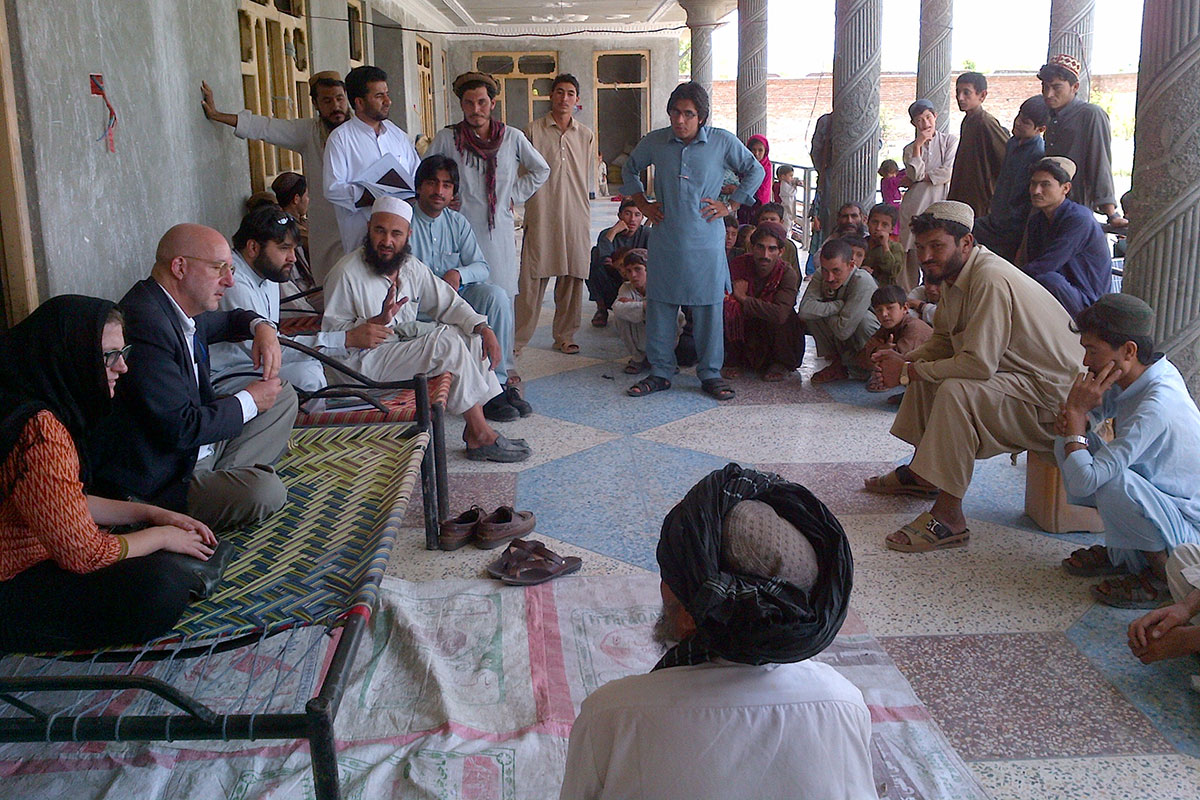 The Afghanistan that Danziger describes is beautiful, with mountains, rivers and deserts that rival vistas he has seen around the world. It is dotted with ancient temples and relics of long-ago cultures. Most of all, it is marked by the warmth and welcome of its people.

“Afghanistan has a tradition of hospitality that, I think, is unequaled anywhere else in the world,” Danziger said. “It is traditionally a very tolerant society; the Taliban are not representative of Afghan traditions or even of the Afghan strain of Islam.” 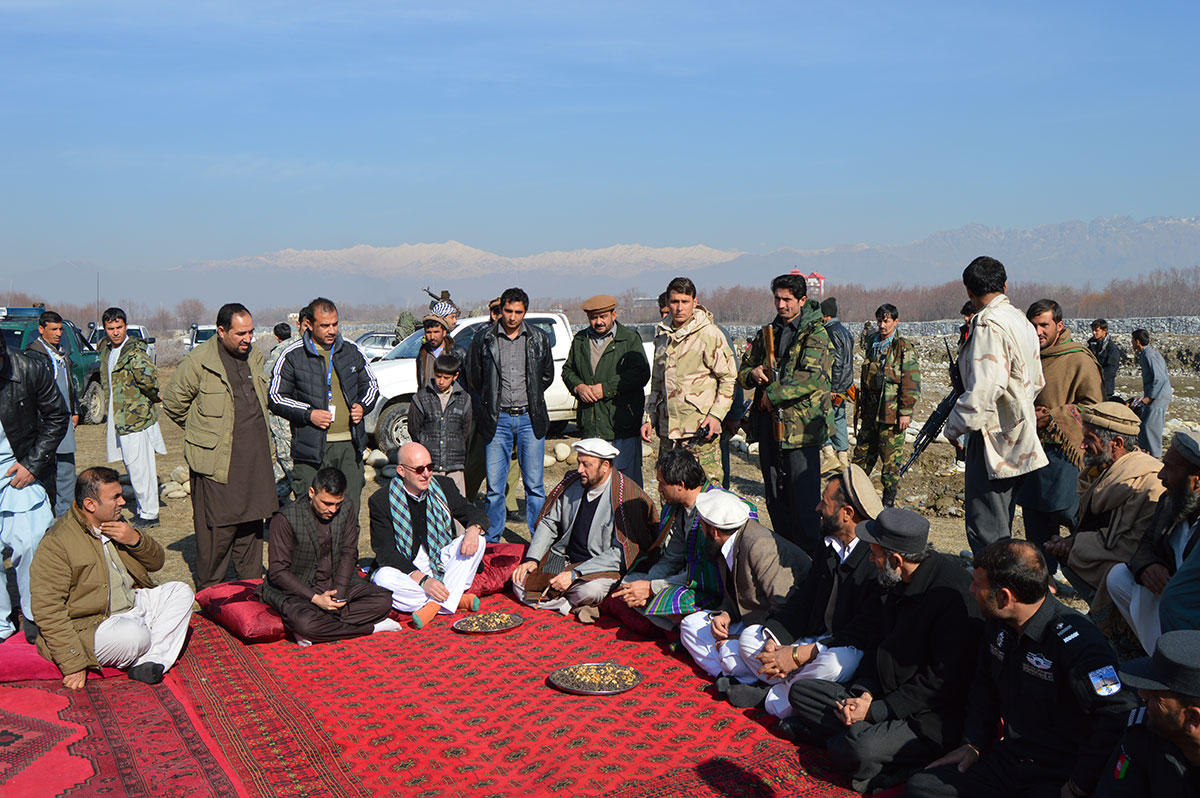 Danziger is under no illusions, however, about the dangers that threaten the country. Though IOM does not negotiate directly with the Taliban, employees often must make indirect contact to ensure they can safely provide aid in insecure areas. They are rigorous about security measures and typically travel in armored vehicles or with guards.

Sometimes even these precautions are not enough. In May 2013, a month after Danziger assumed his current role, Taliban militants and suicide bombers attacked the guarded compound housing IOM’s office in Kabul, sparking an eight-hour gun battle. One of Danziger’s employees, 38-year-old Barbara De Anna, died from injuries sustained in the attack.

“Losing a colleague is something you never really get over, and security is a huge challenge,” he said. “You get used to being surrounded by blast walls, traveling with armed guards in armored vehicles. The sad part is that it can really separate you from the Afghan people, though fortunately I have many Afghan friends that I can visit.”

From Drama to Genocide

Danziger’s first career was not one that demanded blast walls or armed protection. After graduating from UVA, Danziger – who grew up in Great Britain – spent three years directing and acting in the U.S., including a stint with Nucleus Theater, run by the eldest daughters of Martin Luther King Jr. and Malcolm X. The group toured the country, performing in inner cities and using drama to spark discussions and share narratives of triumph over adversity.

“It was fascinating,” Danziger said. “I was the only white person in the company, and more British than American, so I was learning about American culture with each stop. I think it sparked my eventual interest in humanitarian work.”

Danziger left the company to fulfill his dream of living in Africa; he moved to Burundi, where he started his own business importing and exporting food products and met his wife, Aline. In 1989, the couple moved to Belgium, where Danziger directed plays and avant-garde fashion shows. He soon realized that it was not what he wanted to spend the rest of his life doing.

“I was 34, I knew that I needed to think of a long-term career, and I decided on humanitarian work,” he said.

IOM hired Danziger and sent him to refugee camps in the Democratic Republic of the Congo, right after the Rwandan genocide ceased in 1994. It was a turn of events as dramatic as any play Danziger directed: he went from planning fashion shows to meeting people who had just survived – or led – genocide.

“It was exciting, fascinating and sordid; quite an eye-opener. I met with people whose only regret was that they had not finished killing everyone,” he said. “We had to be quite firm in saving lives, but quickly cutting off support to those who propagated the genocide.”

As Danziger’s work took him to volatile spots across Africa and the Middle East, he found that his theater background provided a useful foundation for management and leadership.

“You learn how to meet deadlines and bring teams together – actors, designers, construction crew, lighting technicians, public relations teams,” he said. “There is a certain self-discipline that one learns in the arts. Some of the humanitarian workers that I have admired most are people with arts backgrounds.” 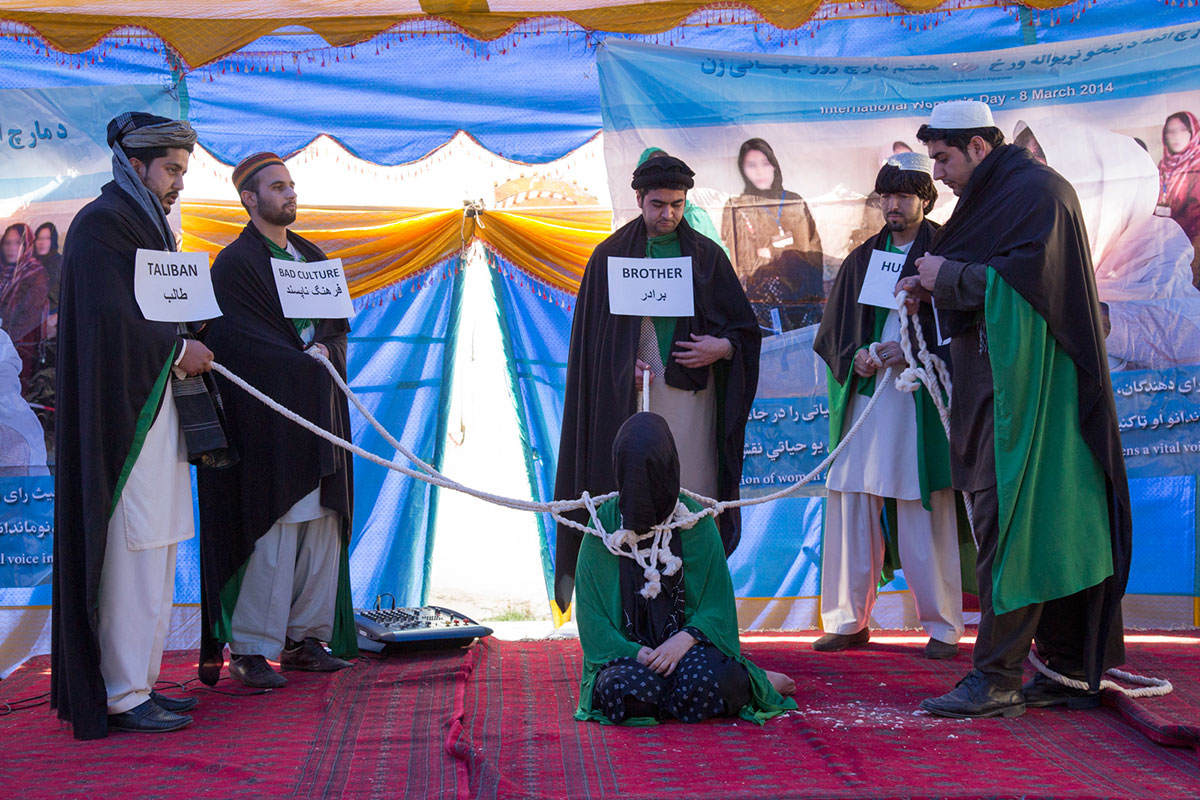 Danziger first worked in Afghanistan from 1998 to 2001 and returned in 2002, as post-9/11 funding poured in to support development and humanitarian relief.

“The biggest change I have seen in Afghanistan is the massive growth of corruption after far too much money poured into the country in far too short a time,” Danziger said. “The money could not be absorbed by a country in Afghanistan’s state of development and that led to unbelievable amounts of corruption and cronyism, which will take a while to stamp out.”

That corruption, Danziger said, also bred disaffection and disillusionment among Afghans, especially teenagers and young adults, who then became vulnerable to radical insurgency or the growing and trafficking of opium and narcotics.

Despite this, Danziger sees some tangible progress. Villages are enjoying flood-free rainy seasons thanks to floodwalls built by IOM. Women and children victimized by human trafficking have been reintegrated into society. Through its latest work developing a labor mobility policy and action plan with the Afghan government, IOM hopes to soon be assisting unemployed young Afghans in securing opportunities in the broader Middle East. 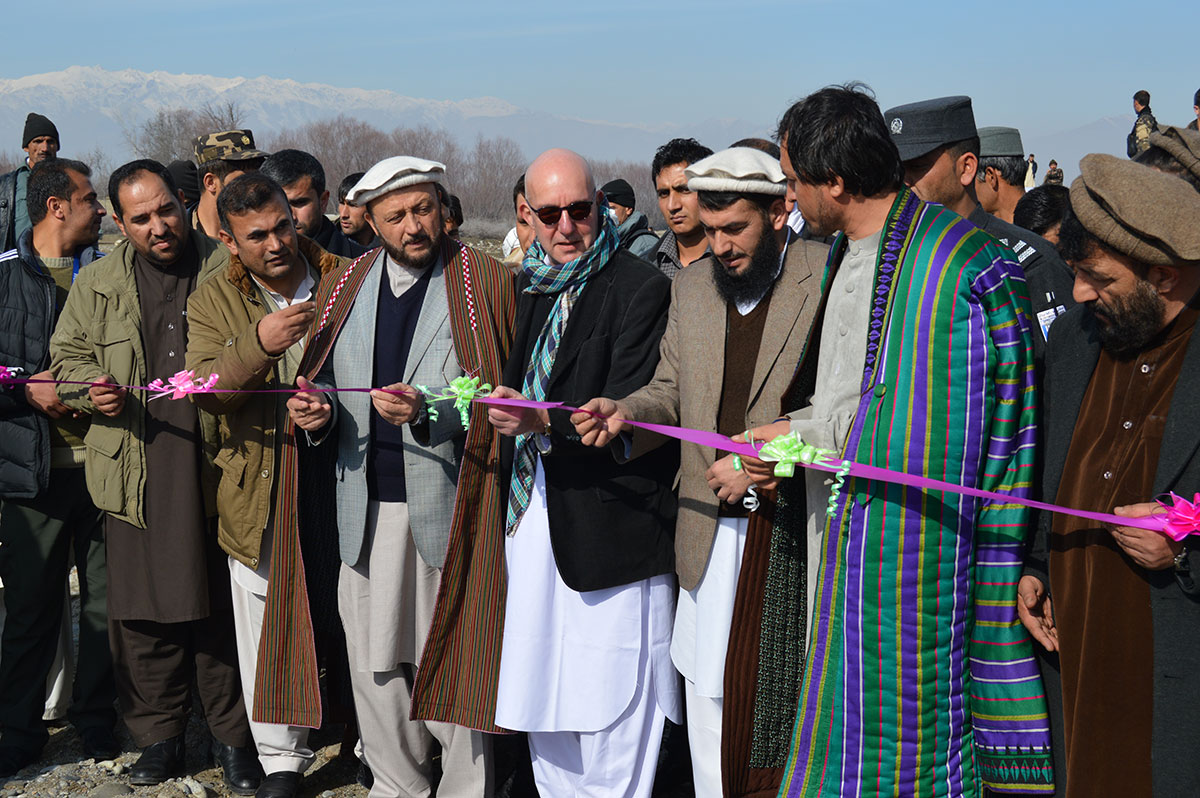 “It feels good to know that you contributed in some way to improving somebody’s life,” Danziger said. “Progress can take a long time for this sort of work, but starting to see it put into action is very gratifying.”

Now that he has provided IOM with a solid foundation in Afghanistan, Danziger has assumed a new position in Senegal, where he will be IOM’s regional director for western and central Africa. There, he will once again call upon the multidisciplinary approach that has served him so well at UVA and beyond.

“My uncle, Lester Crocker, was chair of UVA’s French department when I was there, and he made a point of telling me to pursue a true liberal arts education, taking classes in many subjects from great professors,” Danziger said. “I think it was that really multidisciplinary study with great minds that, indirectly or directly, has been an inspiration for my work.”