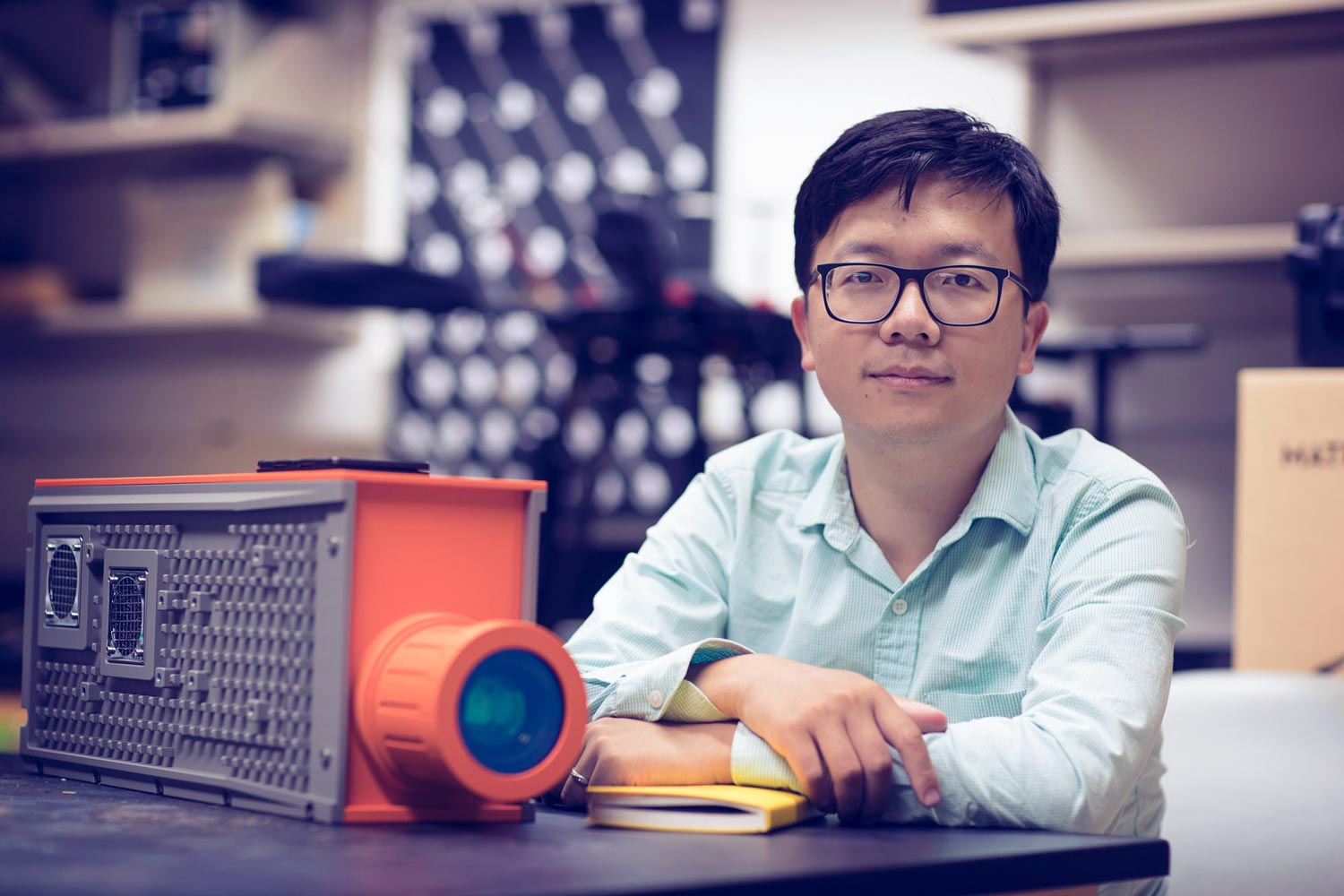 Anyone who has taken high school biology knows that photosynthesis is the process by which plants convert sunlight into energy for growth.

What you may not recall, though, is that while doing so, plants also “sequester,” or absorb, carbon dioxide from the atmosphere, playing a key role in balancing the chemistry of the Earth’s atmosphere, which is essential to healthy life on the planet.

Scientists are working to better understand this process on a global scale, as well as how droughts affect plants’ ability to photosynthesize. This is important to farmers and foresters, as water security becomes a concern during a changing climate. Knowing how much carbon dioxide can be drawn from the atmosphere by plants is important for understanding how naturally produced carbon dioxide, as well as carbon dioxide produced by human activity, is balanced by the ability of plants to flourish.

Xi Yang, a University of Virginia terrestrial ecologist, is working on ways to assess plant health on global and regional scales – from well above tree-top level.

It works like this: Earth-observing satellites that measure carbon dioxide and ozone concentrations in the atmosphere also inadvertently detect faint fluorescence signals coming from forests and farmlands. Yang, who joined UVA’s environmental sciences department last August, suspected – along with his colleagues at his previous institutions – that the fluorescence came from photons emanating from leaves, a byproduct of the photons absorbed by chlorophyll and used for photosynthesis.

“We became interested in measuring the faint glow of fluorescence from the forest canopy using a novel spectroscopic system we designed, to see if fluorescence is a robust indicator of photosynthesis,” Yang said. “We knew that if it worked, we could use satellite remote sensing to monitor plant photosynthesis globally. This can allow a real-time review of what’s happening on the ground and help us anticipate future changes to the environment.”

Yang and his colleagues spent a summer measuring atmospheric chemistry directly over Harvard Forest, a 3,000-acre ecological research area in Massachusetts, using instruments mounted to an environmental monitoring tower. They also used spectrometry to detect fluorescence coming off the trees and compared their readings to those from a spectrometer aboard a European Space Agency Earth-observing satellite.

They found a “tight correlation,” Yang said, “indicating that photosynthesis can be measured regionally and globally using remote sensing – an effective way to assess ecosystem health.”

Such a capability also can allow scientists to infer how much carbon dioxide is being sequestered by vegetation around the world, and how this may moderate climate change as human activity increasingly adds carbon dioxide to the atmosphere.

Yang now is developing an instrument to quantify photosynthesis on smaller scales. The device, a type of spectrometer, can be attached to conventional aircraft or drones and flown over vegetation, providing a local to regional real-time map of photosynthesis for agricultural uses. Because photosynthesis is tied to water consumption by plants, farmers can potentially learn which fields need watering, and how much water is needed.

The device also may be used for forestry management, as different types of trees photosynthesize at different rates, providing unique photon “signatures,” that, with fine-tuning, could help forest managers distinguish native and exotic species distribution.

“I’d like to scale up this method and eventually we could build networks across the U.S. to study many different ecosystems,” Yang said. “We now have a powerful remote sensing tool to better understand the natural world and how humans affect our world.”

Yang is putting his new instrument to use locally. Next week he plans to fly it over UVA aboard an airplane. It may prove helpful to Grounds managers for determining which areas need watering, and which are fine at a given time.

For All of Us END_OF_DOCUMENT_TOKEN_TO_BE_REPLACED