An Economist Shaping the Future of Public Housing 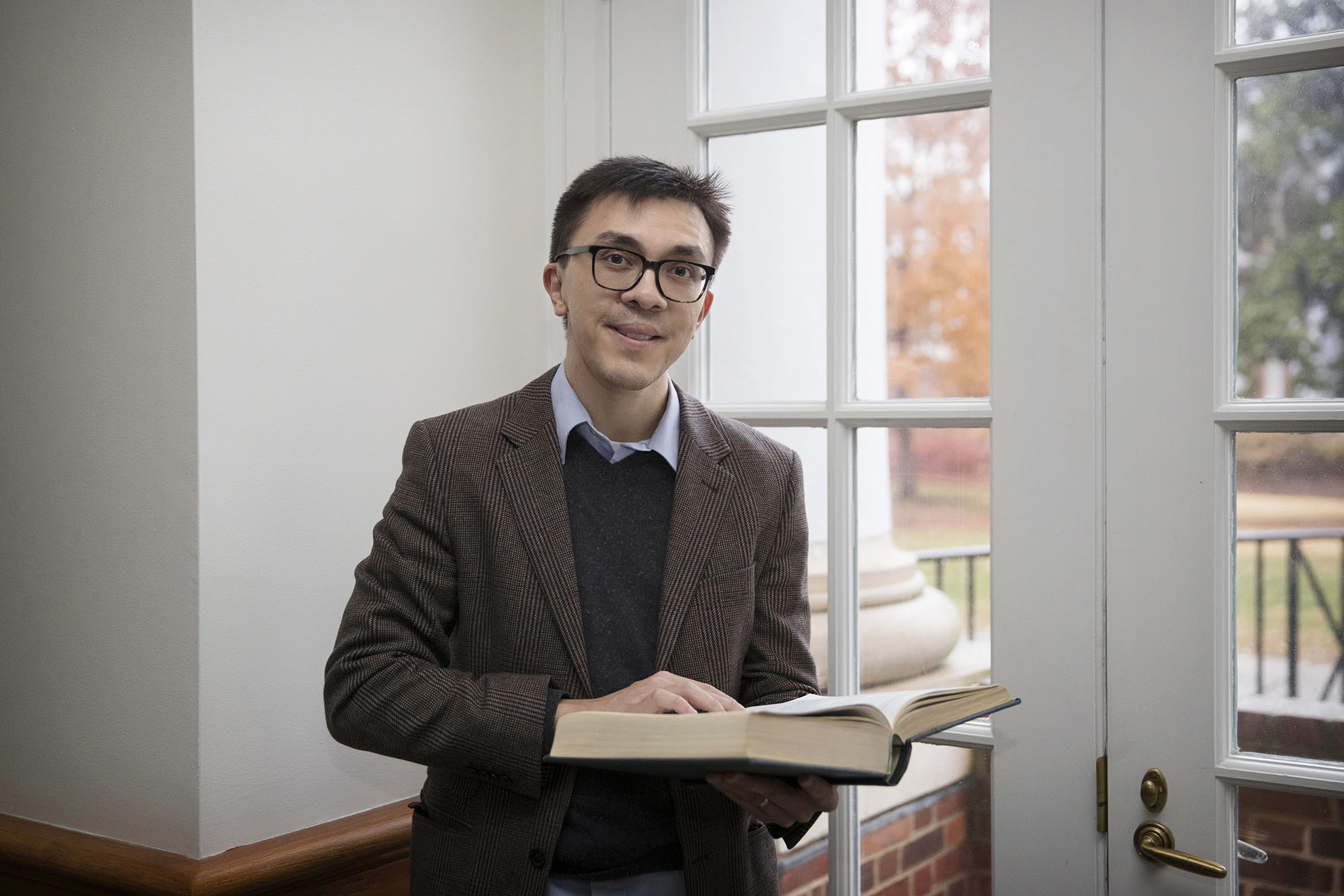 Even before graduating from his Ph.D. program in August, Eric Chyn earned widespread acclaim for research that, according to its coverage in The New York Times, “could fundamentally reshape national housing policy.”

Chyn, who will start in January as an assistant professor in the University of Virginia’s Department of Economics, wanted to learn more about how living in public housing impacts a child’s income and employment over his or her lifetime.

“Broadly, my interest is in studying government programs and the way we spend money in society to make people better off, especially those who are disadvantaged,” Chyn said. “Housing assistance is a very sizeable and notable expenditure in the grand scheme of what the government does.”

Existing studies showed that children whose parents opted into a lottery system moving them from public to private housing tended to fare better as adults, especially if they moved while very young. However, Chyn found a gap in that approach: only 25 percent of eligible families applied for the lottery. He conjectured that parents who applied were already particularly motivated to protect their children from negative environments, and therefore might not be the best sample to study. What, he wondered, happened to the other 75 percent of children?

Chyn conducted his own study using data from the period when Chicago began demolishing high-rise public housing in the 1990s. As a result of these demolitions, some families moved into private housing and others remained in the complex. Key to this approach was the fact that these demolitions affected a general sample of households. Neither families whose units were demolished nor those left behind had a choice to move.

Ultimately, Chyn found that the change in neighborhood had a significant impact on their children’s success.

“Children who were forced to move versus those who were not ended up doing significantly better as adults,” Chyn said. Specifically, children who moved into private housing after the demolition went on to earn 16 percent more and were 9 percent more likely to be employed as adults. Unlike previous research, Chyn finds these benefits for both older and younger children who moved.

Chyn believes that much of this difference can be attributed to a family’s ability to choose where they live.

“Families who were forced to move tended to move to better, safer areas,” he said. “Historically, public housing in the U.S. has forced people to live in particular areas that were very disadvantaged, giving people assistance, but also changing where they live.”

Now, thanks to research like Chyn’s, economists and policymakers are debating voucher-based programs that assist recipients with making rent in private houses and apartments.

“Voucher programs give people assistance without forcing them to live in a particular place,” he said. “Evidence is increasingly supporting policy moving in the direction of vouchers, as it suggests that if kids were not living in public housing, they might be doing better as adults.”

The housing study is not Chyn’s only attempt at researching the effect of government programs on America’s children. He is also studying a relatively obscure element of the military draft during the Vietnam War, called a paternity deferment. For several years during that period, the government allowed draftees to defer conscription if they had a child. Along with co-author Martha Bailey, Chyn will test whether fathers who had a higher risk of being conscripted were more likely to have a child.

It is all part of his interest in studying how government programs can powerfully influence individual families and the long-term demographics of the country – and how scholarly research can help policymakers better predict the effects of programs they are considering.

At UVA, Chyn plans to continue his public housing research, studying how families who relocated during the Chicago demolition affected the new neighborhoods they moved to by examining changes in property values, criminal arrests and other measures that could challenge stereotypes or flag concerns. He is also eager to work with young researchers and Ph.D. students at UVA, learning from them and helping them to achieve their research goals.

“UVA has an extremely good reputation in my field,” Chyn said. “Everything about the University was an excellent match for what I was looking for. It has not just outstanding undergraduates, but also an outstanding Ph.D. program, so you have the ability to shape the research of others in your field.”

Monkeypox Is Spreading, But University’s Risk Believed To Be Low END_OF_DOCUMENT_TOKEN_TO_BE_REPLACED

This Alum Is Living His Best Life on the Road, One State at a Time END_OF_DOCUMENT_TOKEN_TO_BE_REPLACED

These Giant Wind Turbines, Inspired by Palm Trees, May Be the Future of Renewable Energy END_OF_DOCUMENT_TOKEN_TO_BE_REPLACED