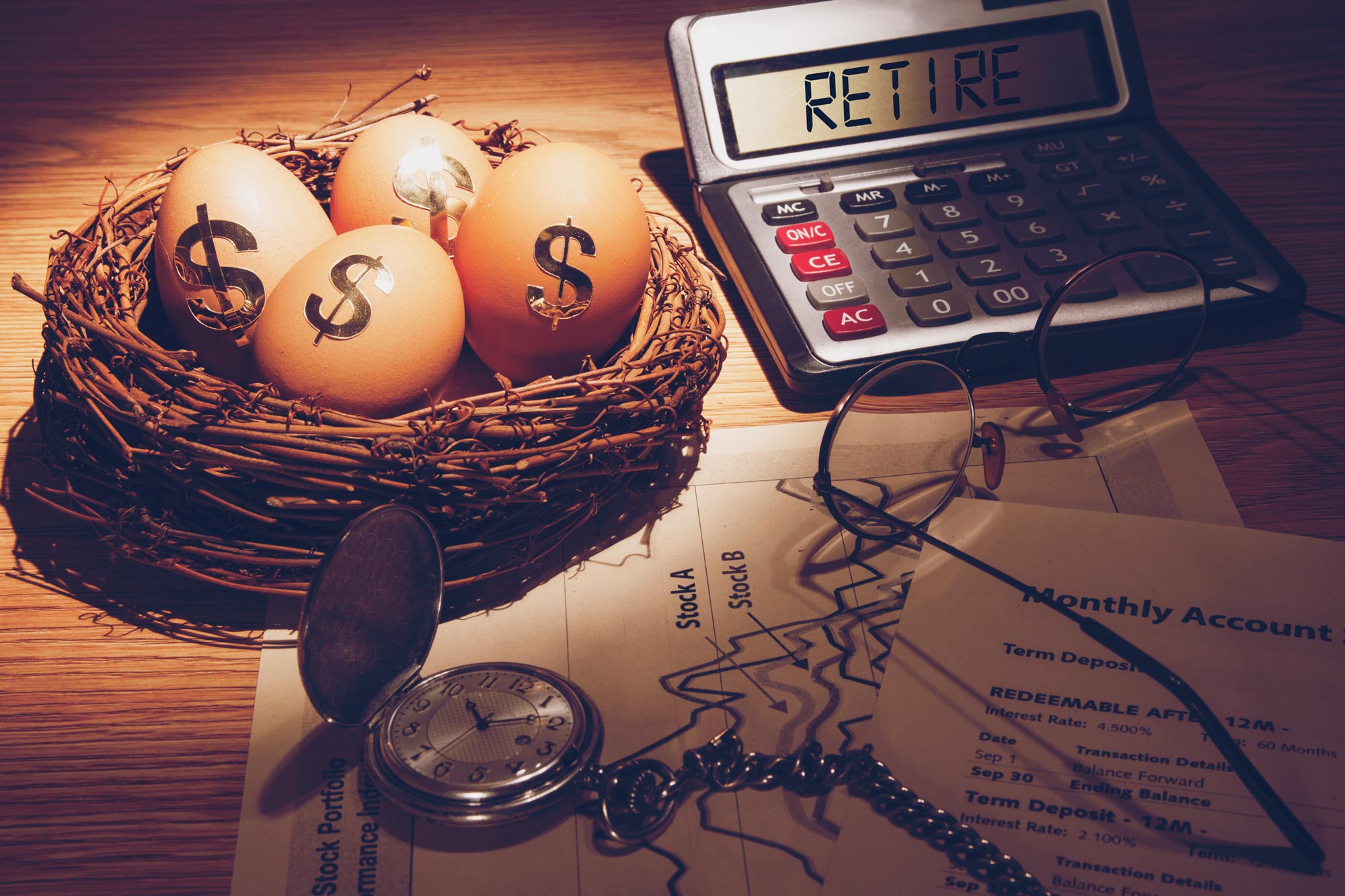 Choosing whether or when to retire – and how to finance the rest of one’s life – can be difficult as people consider their options and weigh the risks.

University of Virginia economist Lee Lockwood has spent about 10 years, on and off, honing his research on some retirement risks, publishing his results as “Incidental Bequests and the Choice to Self-Insure Late-Life Risks,” in the American Economic Review. Over the weekend, he received the TIAA’s 2019 Paul A. Samuelson Award for Outstanding Scholarly Writing on Lifelong Financial Security.

The award is given by the Teachers Insurance and Annuity Association Institute, which researches retirement plans for individuals and institutions to prepare for financial security and organizational effectiveness. The institute presented Lockwood his award Friday night at a dinner in San Diego. 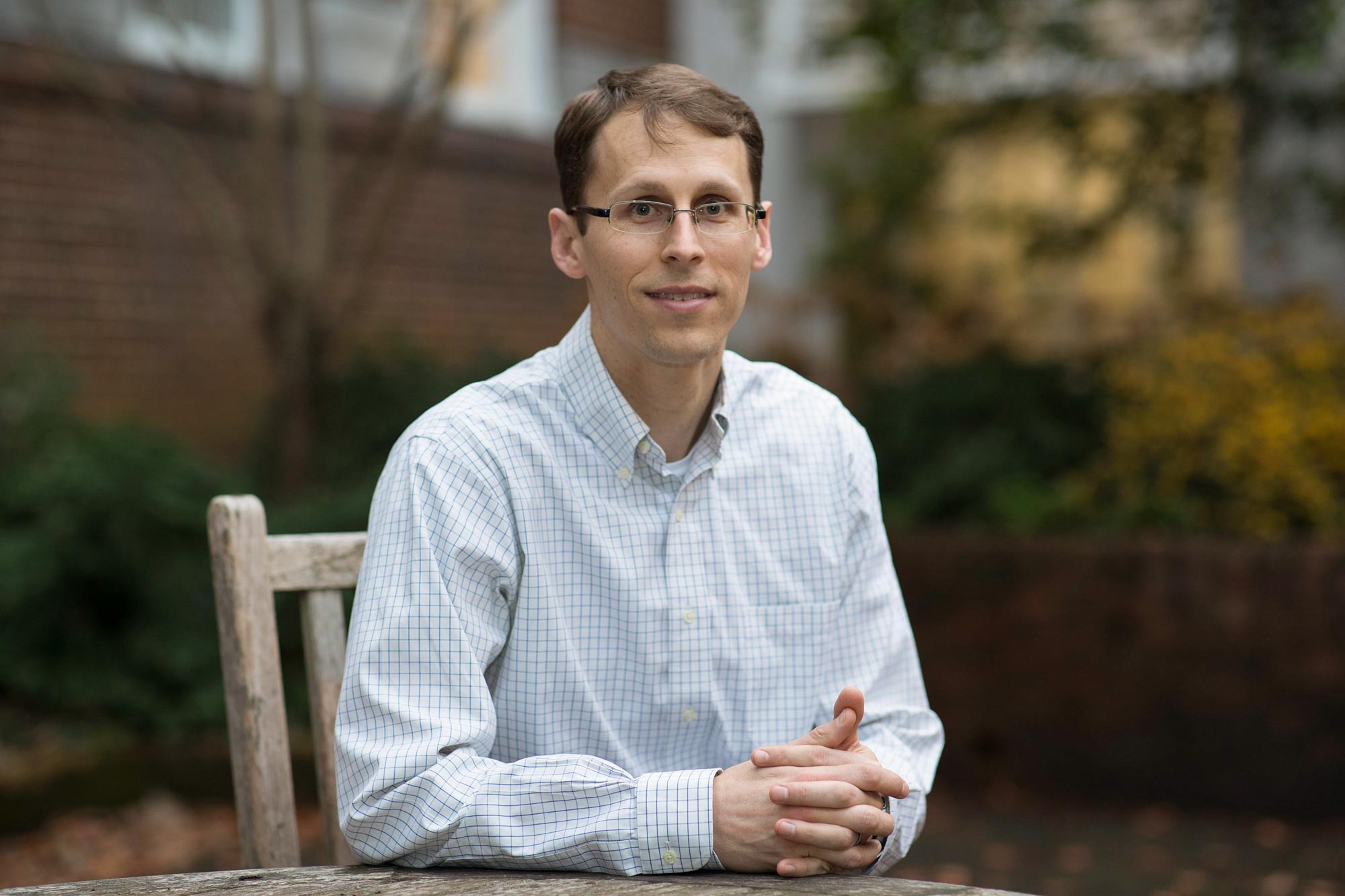 “Past papers that have been recognized by the TIAA Institute have been really great,” Lockwood said. “The idea of the prize is to bring economic research to the attention of real people making real decisions. To have my paper recognized in this way feels great.”

Lockwood, who has taught economics at UVA for two years, focused on retirement because of its economic uncertainty.

“At the beginning of retirement, you are faced with a tremendous amount of uncertainty – health conditions and associated medical spending, how long you are going to live, spouse situations, all kinds of things,” Lockwood said. “And you only get to do it once. It’s a hard situation to learn from and I think, from an economist’s standpoint, a fascinating situation for trying to figure out how people are dealing with uncertainty.”

As an economist, Lockwood said his goal is not to impose his own preference as to what he thinks people should do, but to understand why they do what they do.

“It’s a really complicated situation and these are hard things to think about,” he said. “It’s no fun to think about what will happen if my health deteriorates? Will my spouse be around? How willing and able will he or she be to help me? Are adult children going to help? I was drawn to it because it’s a huge issue that people are facing every day.”

One of the biggest issues facing retirees is the question of long-term care, especially for dementia patients. Lockwood noted that older people can burn through their savings quickly if they have dementia and need extensive care, a care facility or attendants.

For couples, this can create additional problems. If a couple has a retirement nest egg and one develops dementia requiring extensive care, he or she can burn through the savings, leaving the surviving spouse with no money and no partner. However, Lockwood said despite these risks, only about 10% of people purchase long-term care insurance. Much the same with annuities, financial instruments in which people invest money in exchange for a guaranteed lifetime payout.

“Many economists have written about the potential benefits of annuities,” Lockwood said. “Our simplest workhorse models suggest that people should be falling over themselves to buy annuities. In fact, it is very rare that people make that choice, so that is viewed as a puzzle.

Lockwood suggests that some hesitate to purchase annuities, instead preferring to reserve their funds for bequests to children or other loved ones.

“One point of my research is that a big part of why annuities are so great in the simple models is that these models assume that people do not care at all about bequests – wealth you leave behind when you die,” Lockwood said. “When people care at least somewhat about bequests – as a variety of evidence suggests they do – they gain much less from annuities and long-term care insurance.”

“I think a lot of people have a preference that they don’t want to go to a nursing home, so they think, ‘Why am I buying insurance that is going to cover those costs, where I am trying not to be?’” Lockwood said. “And close to 70% of nursing home residents are getting some support from Medicaid. Medicaid is an insurer of last resort.”

Lockwood said that some retirees might plan to depend on Medicaid if they end up requiring costly care.

He said others may want to remain flexible with their nest egg and not commit it to insurance or an annuity, believing they will have to provide money for their children or other emergency. He said that people who do save for retirement seem reluctant to spend it.

“People don’t draw it down very rapidly,” Lockwood said. “When things are going well during retirement, people tend to hold onto their assets and not spend them down very quickly, if at all. What does cause assets to be drawn down are the different types of shocks that happen.”

In preparing for retirement, Lockwood said, people need to think about their worst-case scenarios, which are different for different people, and see what levels of risk they are willing to tolerate.

“Asking the question is already a big part of the battle,” he said. “Try to think ahead to the different scenarios and how you feel about different possible outcomes. Some people can be surprised by these big health-related expenses. Being aware of those types of issues, having that conversation with a spouse and family, that is an important start toward preparing for the future.”

He said families should also consider end-of-life decisions, such do not resuscitate orders, medical proxies and what, if any, life-extending measures should be used.

“If you survey people, many say they don’t want this kind of ‘Hail Mary’ care when it looks like it’s over for them,” he said. “They don’t want to have a million medical procedures at huge cost, even if the cost is paid by someone else. They don’t want the pain, and it’s hard on the family.

“Unfortunately, many fewer people who actually express that preference seem to have it formalized in a living will or medical power of attorney. That is an important conversation to have even aside from financial planning, because these issues can tear a family apart. It’s not a fun thing to talk about, but it is so much better to know that before you get to the point where it is driving the family apart.”

Now that this research is done, Lockwood is tackling a variety of projects, some of which may be facilitated by his new award. In winning the Samuelson Award, Lockwood joins an elite group of well-known economists.

“Samuelson Award recipients are leaders in their field, working at top research universities and public policy institutions,” said Brent J. Davis, an economist at the TIAA Institute. “Previous winners have later gone on to become Nobel laureates, president of the American Economic Association, editors of top journals in economics and finance, and receive the John Bates Clark Medal, in addition to receiving numerous other accolades and awards.”

“This paper makes a substantive contribution to our understanding of how individuals use – or not – annuitization and insurance,” she said. “It augments the life-cycle model to reevaluate the role of the bequest motive and puts a clear interpretation on what was seemingly contradictory evidence.”

What’s Next for UVA’s Class of 2022? END_OF_DOCUMENT_TOKEN_TO_BE_REPLACED

How Affordable is UVA? END_OF_DOCUMENT_TOKEN_TO_BE_REPLACED