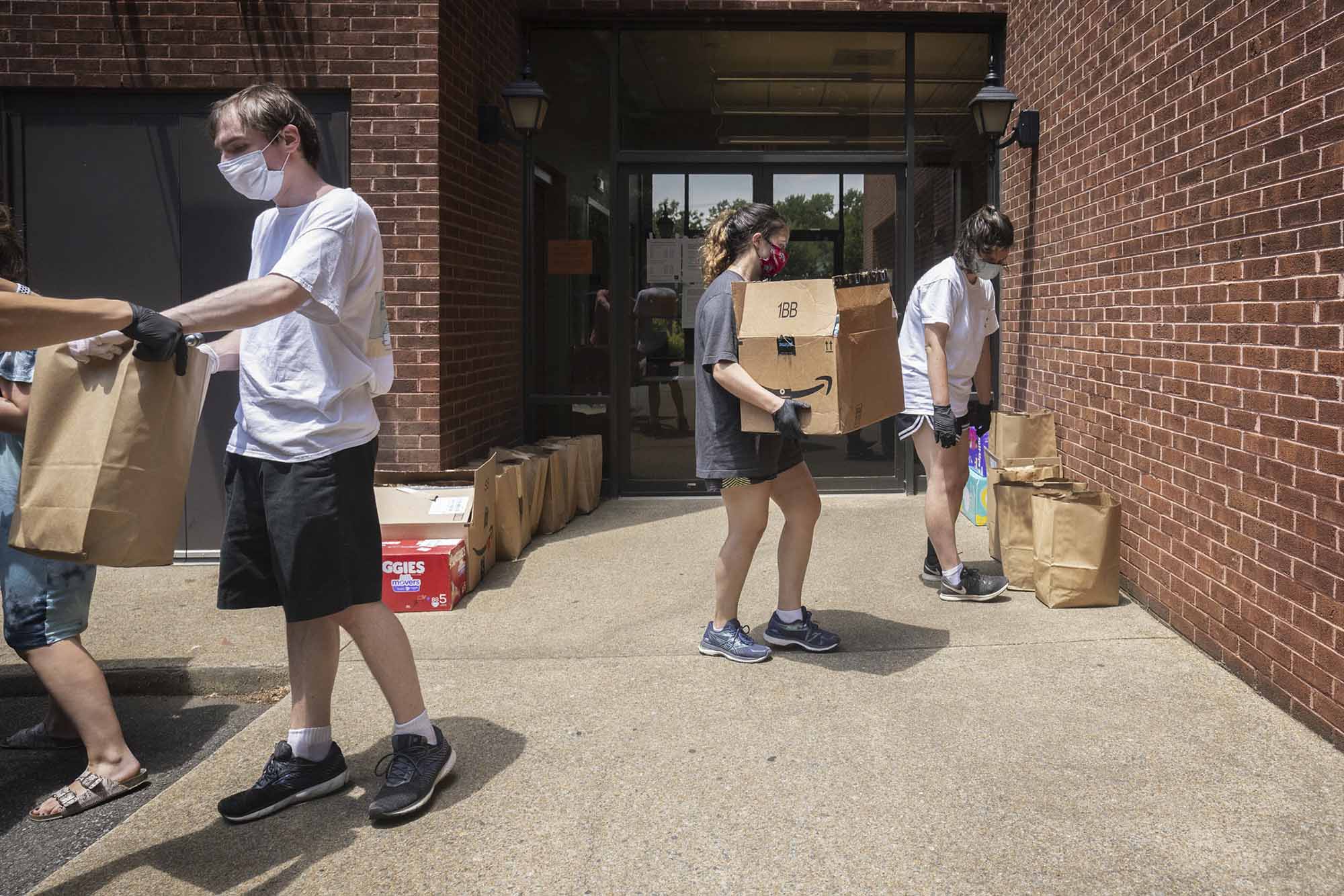 As students departed Grounds in the face of the coronavirus hitting the United States, Jeannie Taylor received an email from University of Virginia nursing professor Rick Mayes.

Looking back on the chaotic time, Taylor is thankful that she not only saw the email, but acted on it.

In the email, Mayes, a UVA alumnus, asked a group of students who had taken his course on the U.S. health system if they would be interested in starting a chapter of the COVID-19 Student Service Corps, which had just been founded at Columbia University’s medical school.

Taylor, a biology and global public health major who had served as a teaching assistant for the course, responded immediately.

“I had never done anything like it before,” Taylor said, “but I said, ‘Why not try?’”

In a snap, Taylor – working from out of her family’s Reston home – and the CSSC Oversight Committee had the whole thing up and running. The Oversight Committee is made up of Carley Whitt, Lauren Xue, Parker Brodsky, Clare Kinsella and Natalie Axelrod.

As of Friday, the organization had raised more than $24,000 in goods and gift cards for eight service projects in Charlottesville, including more than $17,000 for Sin Barreras, which provides education and support for the Hispanic immigrant community.

Taylor, who graduated in May and plans to pursue a master’s in public health from UVA before heading to medical school in 2021, has been blown away by the outpouring of student support.

“I was hoping for maybe like 50 students, and within two weeks I had over 170 people who had emailed me,” she said. “I was overwhelmed and overjoyed with how many students wanted to help.

“What I’ve learned is that so many people want to help if you give them a way to do it.”

The eight projects, which you can donate to here, are all ongoing. 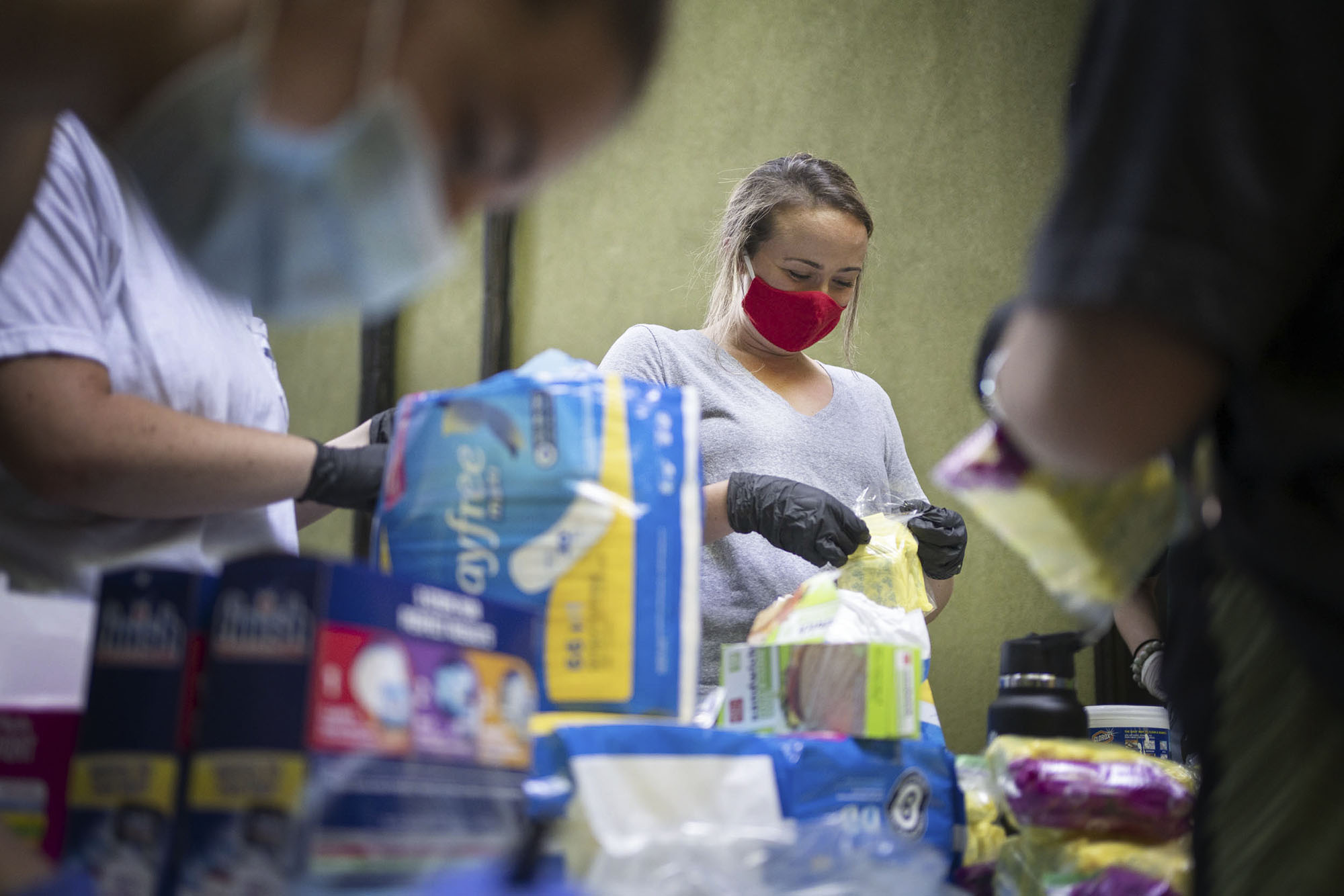 “They really identified the need,” Taylor said. “They cared about and were concerned about the extra challenges people in this community were facing and really believed in the cause.”

Noonan’s stepmother helped start an organization in Northern Virginia that supports the health and well-being of undocumented women and families and Noonan thought doing something similar might snap her out of her funk.

“Once COVID-19 hit, I felt somewhat lost here in Charlottesville,” said Noonan, a rising fourth-year student from Fairfax. “I was no longer working; school was online; my roommates moved out and I was away from my family. I had no clue what to do with my time.

“But in that moment, I realized how extraordinarily lucky I was to feel safe, supported and comfortable in my home and by my family. I knew that my time needed to be spent trying to support vulnerable populations that may not feel as safe or comfortable as I did during this pandemic. I was extremely inspired by my stepmom’s work and felt compelled to get a fundraiser going for Latinx families in Charlottesville who may have similar needs to the families she works with.”

Noonan connected with Sin Barreras – Spanish for “without borders” – which local resident Fanny Smedile founded in 2012.

“I was so inspired by Fanny and her ability to single-handedly start such a wonderful, far-reaching organization here in Charlottesville,” Noonan said. “She has helped over 9,000 Spanish speakers and immigrants in our community since the founding Sin Barreras. I mean, how incredible is that?

“I wanted to reach out to her to see how I could support the community most effectively. She called back within a day and we were able to compile a list of items most needed by the families in Charlottesville. Then I got to work!”

Smedile said the items and gift cards that arrive in twice-monthly drop-offs have been a godsend, but, just as important have been the human connections.

“Sometimes it’s not about the money or the amount,” Smedile said. “For me, it’s about the action and what they feel in their heart. Sometimes it’s easy to give the money, but the point is why? What do you feel about the community?

“We are so happy and grateful that they contacted us.” 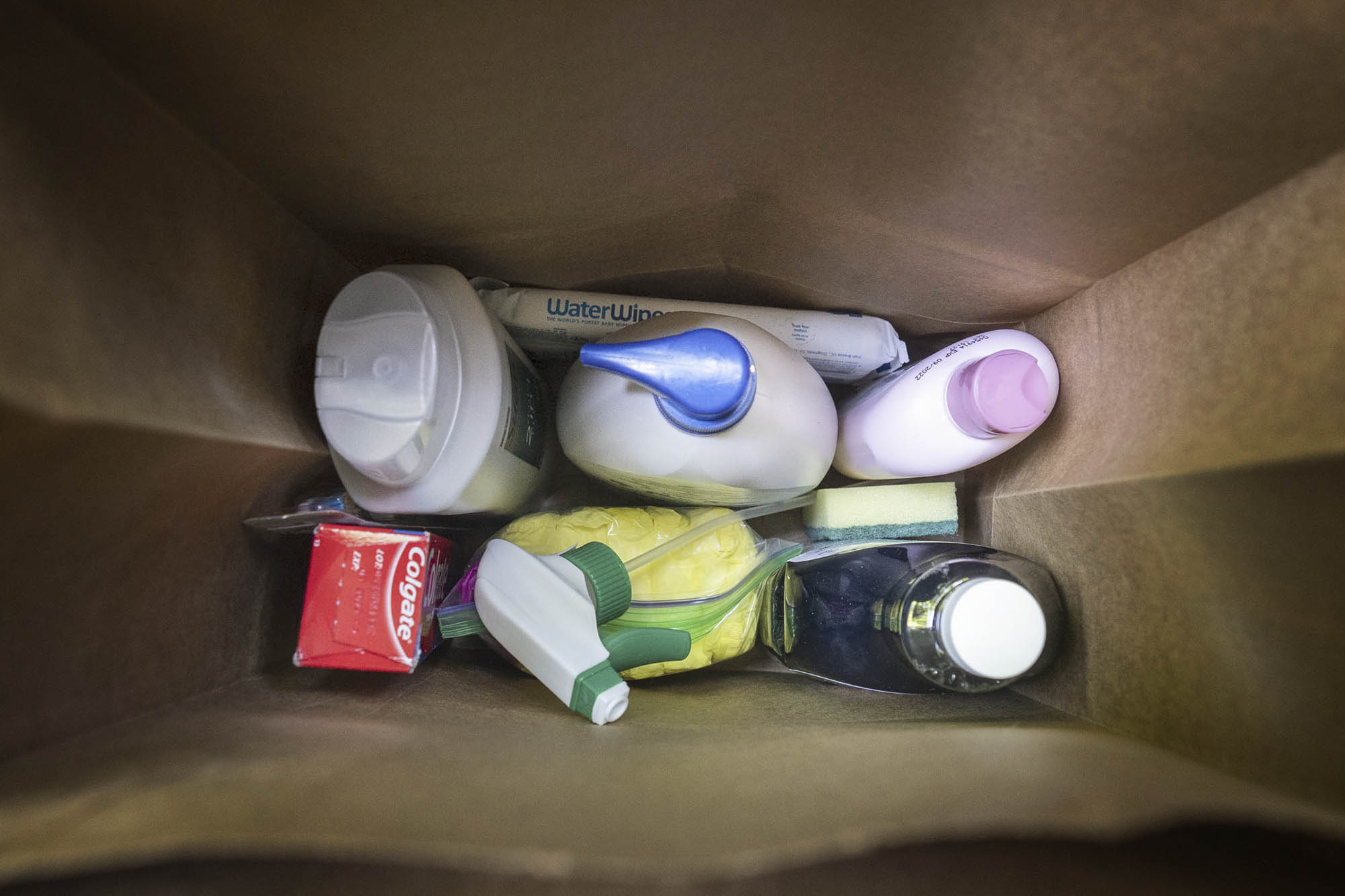 Noonan said Taylor’s leadership made everything possible. Taylor has recruited more than two dozen volunteers to the COVID-19 Student Service Corps at UVA, serving as a mentor for many of them.

“She is so inspiring, motivating and hardworking,” Noonan said. “Every day I try to be as great as she is.”

During her undergrad career, Taylor often wondered if the pre-med track she was on was really for her, but taking Mayes’ class and others by professors Max Bychkov, Paige Horsby and Kathryn Quissell convinced her that it was.

“They explained how public health helps so many people and how whatever field you go into, this is how you can make these changes and educate people,” Taylor said. “Those four people have been monumental in my UVA experience and in helping me decide what I want to do in my career.”

Taylor said she hopes to keep her team’s fundraising projects going for as long as they are needed.

“We’ve designed them to be sustainable through the fall semester, if not the rest of the school year,” she said, “because once life returns to somewhat normal for the rest of us, these vulnerable populations will still have a long way to go and will be facing challenges from COVID-19 for a lot longer.”

Meet the New Cavalier on Horseback: She’s Eager To ‘Carry On a Legacy’ END_OF_DOCUMENT_TOKEN_TO_BE_REPLACED

Monkeypox Is Spreading, But University’s Risk Believed To Be Low END_OF_DOCUMENT_TOKEN_TO_BE_REPLACED

Virginia Football – For All Virginia END_OF_DOCUMENT_TOKEN_TO_BE_REPLACED