The Emerging Power of the Entrepreneurial Method 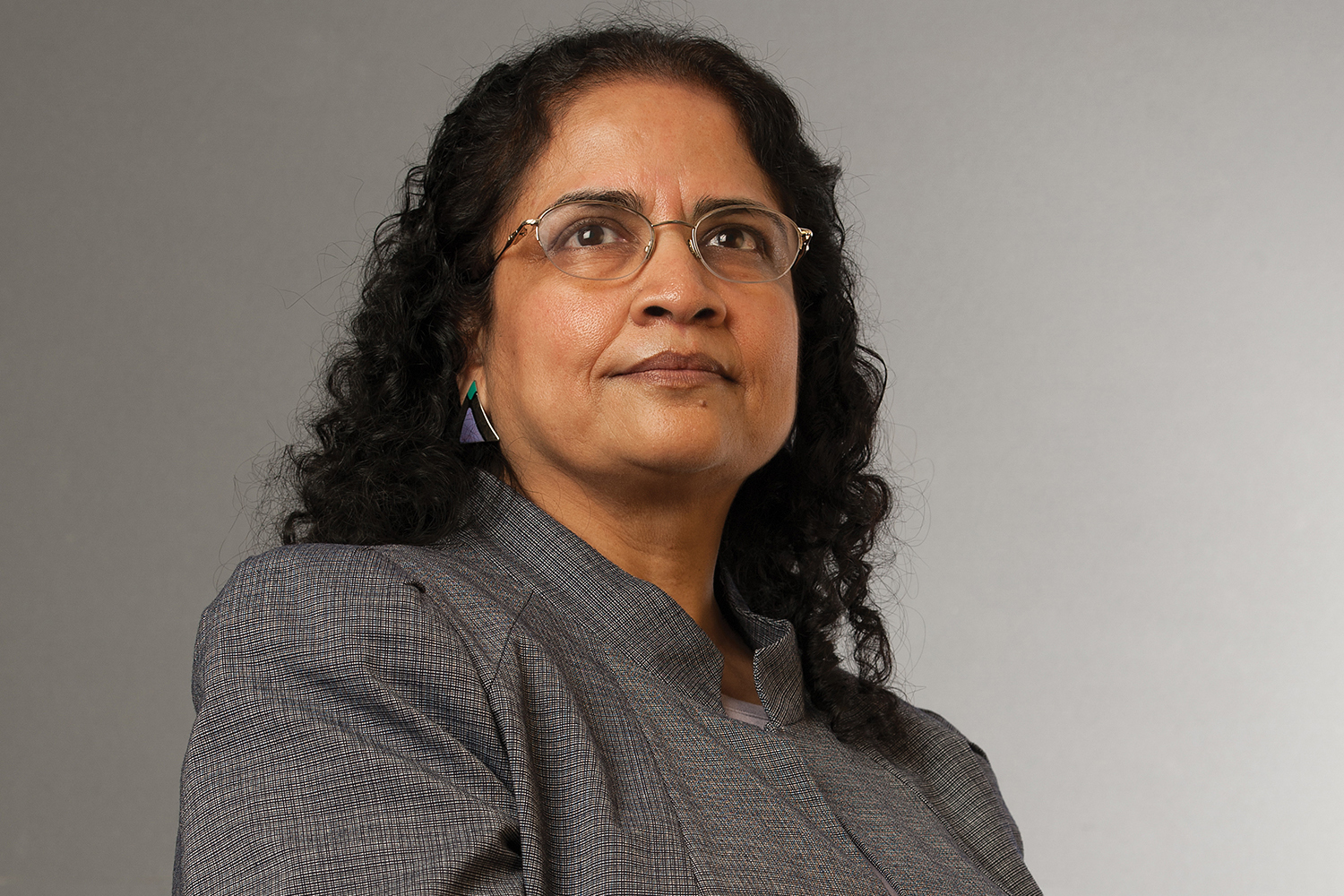 The entrepreneurial method, like the scientific method, will fundamentally change the world and is well on its way to doing so, said Saras Sarasvathy, a professor in the University of Virginia’s Darden School of Business.

“In 1620, Francis Bacon published ‘Novum Organum,’ a book that explained the scientific method as the best way to understand the universe,” she said. “With the entrepreneurial method, we are at a similar stage in history.”

Sarasvathy’s groundbreaking research, published in a 2001 paper, launched a new way of looking at the entrepreneurial method, once thought to be unteachable. Since then, dozens of articles and books have built on her work, and in turn have reshaped the landscape of how entrepreneurship is taught, researched and practiced. In 2013, the paper she co-wrote with Darden Professor Sankaran Venkataraman was one of the 10 most-cited in the journal Entrepreneurship Theory and Practice.

“The entrepreneurial method is not as mystical, magical or nonsensical as people make it out to be,” she said. It describes the iterative process through which one creates things. It means taking action based on available means and forming partnerships with those who will make real commitments, which in turn helps to mitigate risk, add resources and may evolve goals based on the perspectives of those involved.

“My research showed that there’s this logic that is teachable,” she said. “And it’s powerful.”

She dubbed her finding “effectuation.” The term “refers to the logic – the decision-making principles – that entrepreneurs use in uncertain situations, such as starting a business,” Sarasvathy said. “The alternative to effectual thinking is causal thinking, which describes decision-making that is based on predictive calculations, heuristics rooted in prediction.

She explains entrepreneurship in an unconventional way. “It’s not just coming up with an idea and starting a business. It’s much more than that. It’s really stitching together productive relationships between all these stakeholders and sustaining and sometimes reworking the interconnected structure until the business succeeds on its own.”

And it’s even more than that.

“The entrepreneurial method can be used not only to achieve existing purposes, but even to find and construct new purposes worth achieving,” she said.

One classic example is the case of Muhammad Yunus, founder of Grameen Bank, who realized that he could afford to lend enough money – the princely sum of $27 – that would allow a whole Bangladeshi village to rebuild its economy.

Later, as he expanded his loans to multiple villages, he bumped against, and overcame, the cardinal rule of banking – that loans without collateral should be unbankable. “That propelled the entire microfinancing revolution,” Sarasvathy said, and won Yunus a Nobel Prize for Peace in 2006.

But Sarasvathy’s point is that entrepreneurship leads to surprises and that the entrepreneurial method – which includes its teachable way of thinking – can overcome hurdles, whether expected or not.

“Professor Yunus’ original purpose was not to empower illiterate women in Bangladesh by lending them money,” Sarasvathy said. “But he did – following a natural disaster – and they later returned the money and gave him gifts, too. And he thought, ‘Why the heck not do this all the time?’ Now empowering poor women has become the intrinsic purpose of the venture he built.

“I truly believe everyone should be taught the entrepreneurial method – whether you want to start a business or not – just as we teach science to every school student,” she said.

The world is now suffused with the benefits that have come from the use of the scientific method, and everyone reaps the benefit of that revolution in thinking, she said. Not everyone who learns science has to use the scientific method to better the world – just a critical mass of people, she adds. The same is true with the entrepreneurial method.

She believes that though the scientific method took several centuries to take hold, the entrepreneurial revolution will take much less time because of technology. “I think maybe 50 years,” she said. “There’s already a movement in Denmark and South Africa to teach entrepreneurship in the first grade. People are pushing it earlier. The movement is definitely there.”

In the end, Sarasvathy believes the world will become a more “entrepreneurial society.” But that doesn’t mean there will necessarily be more businesses in the world. In fact, there could be fewer.

That could mean thinking in different ways about how to offer talent or help. “It could mean peer-to-peer equity investing – not only money, but time and talent. People can pitch in for staffing needs,” she said.

Meanwhile, the fervor for studying the entrepreneurial method continues unabated. There is now an effectuation society in Japan. Turkey holds an annual effectuation week. The third international conference on effectuation was held in Twente, in the Netherlands, last December.

“We’re only 10 years into the movement and the interest is just phenomenal,” she said. “But when you think of effectuation as a toolkit for the entrepreneurial method, it makes sense.”

This story originally appeared in Darden’s Ideas to Action publication.

A Year We Will Never Forget: 2019-20 in Review END_OF_DOCUMENT_TOKEN_TO_BE_REPLACED

‘What Will You Carry With You?’ Remarks From UVA President Jim Ryan END_OF_DOCUMENT_TOKEN_TO_BE_REPLACED