For Engineering Student, It’s Not Where You Start, But Where You Want to Be 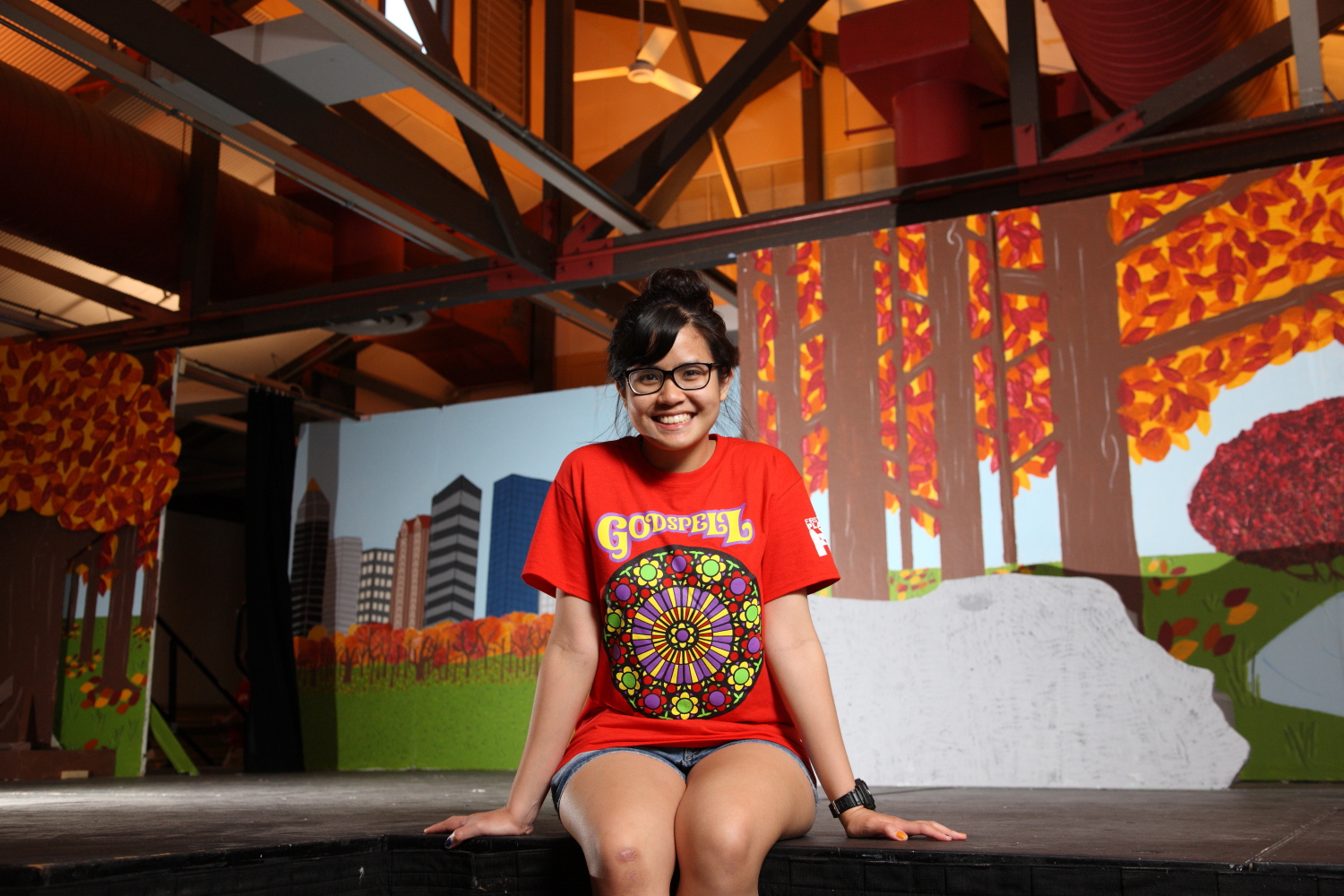 Jean Salac found time in her first year in the Engineering School to serve as the properties manager for the First-Year Players&amp;rsquo; production of &amp;ldquo;Godspell.&amp;rdquo;

When Jean Salac came to the University of Virginia in 2014, she thought she wanted to be a chemical engineer.

“In high school I really liked chemistry and physics,” she said. “I felt like they enabled me to understand the world around me a little more deeply than I did before.” Advanced Placement credits made it possible for her to enroll in an advanced chemical engineering class and she decided her interests lay elsewhere and ultimately chose a different major.

Salac realized she probably wasn’t the only first-year engineering student who didn’t have a real sense of what his or her intended major should be.

So she decided to do something about it.

As a Rodman Scholar, the Engineering School’s honors program, Salac was enrolled in a yearlong “Synthesis and Design” course, in which students learn about the engineering design process and then apply the process to a self-identified problem. She decided to focus on helping first-year students get a better handle on what various engineering majors are really like.

She and some friends opted to start a new student organization called Xplore Engineering, with the goals of developing a cycle of four seminars in which upper-class students would guide the first-years and give them a project-based introduction to U.Va.’s engineering majors.

For her part, Salac discovered she loved her introductory course in computer science. She enrolled in “Digital Logic Design” in the spring semester and is now planning to major in computer engineering. “I really enjoyed the problem-solving,” she explained. “It was never boring.”

Though she’s always liked logic puzzles, Salac says her new major comes as a surprise. “In high school, our computer science class was either people who wanted to take it for the extra credit, or people who were really into gaming,” she said. “So I really didn’t feel like that class would be for me, because of the way it was portrayed.”

She added, “I think that’s a perception that has to change. It’s a typical problem, not just in my high school.”

The discovery has prompted her to consider a career at a tech nonprofit, helping make STEM fields more appealing to young women and others who aren’t traditionally associated with those fields.

Meanwhile, she’s doing her best to shape her own definition of what it means to be an engineer – part of the reason she chose U.Va. in the first place.

“It was the only school I applied to that didn’t have ‘Tech’ in the name,” she laughed. “I decided on U.Va. because it would allow me a broader set of opportunities.”

In her first semester, Salac was properties manager for the First Year Players’ production of “The Producers,” and later she worked on “Godspell.” In the spring semester, she teamed up with a few other artistically inclined Rodman Scholars for an art and engineering independent study with Professor Dana Elzey, who heads the Rodman program.

“The object was to come up with an artistic installation in the Engineering School that would show not just the ingenuity of engineering, but also that engineering isn’t just crying over your homework,” she said. “You can be creative and have fun with it as well.”

At UVA, There Is a Club for Everyone END_OF_DOCUMENT_TOKEN_TO_BE_REPLACED