As they move on from the University of Virginia, most recent graduates are preparing to face a whole new world. Elizabeth Ballou has actually created one.

Ballou is the creative director of Green Willow Games and spent part of her undergraduate years working on the side to develop an interactive, short story-style video game called “Gray Skies, Dark Waters.” 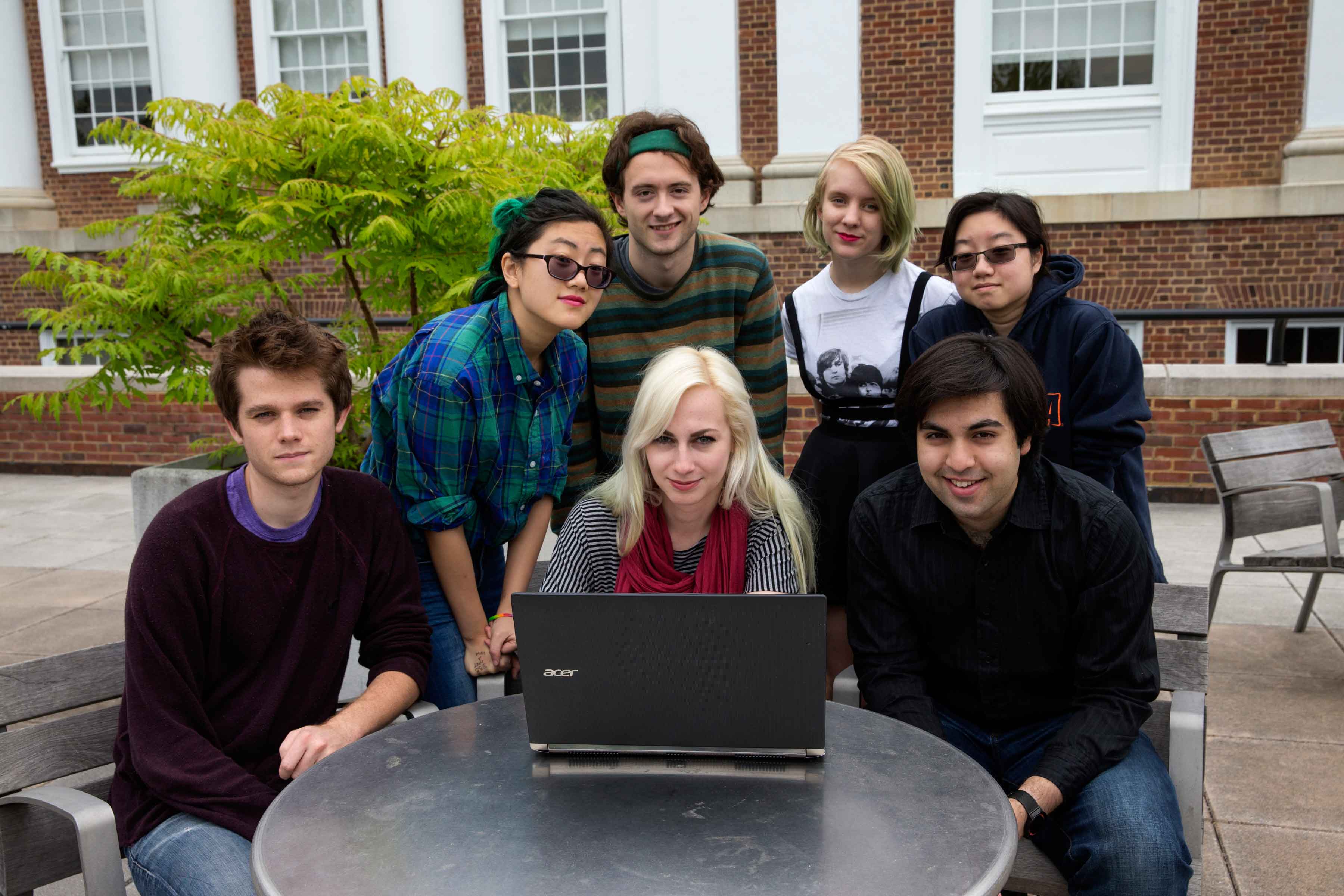 Ballou received her bachelor’s degree in English and Spanish on Saturday and used her skills as a student in the English Department’s Area Program in Literary Prose to craft an interactive plotline for “Gray Skies, Dark Waters.”

“In between my second and my third years, I started to think about what kind of video game I would make if I could make one,” she said. “I had recently finished another video game that was unlike any I’d ever played before. It took me about an hour and a half to play the whole thing, as opposed to about 30 hours, which is a typical play time for many full-length AAA titles – AAA meaning the biggest games with the biggest budgets.”

In “Gray Skies, Dark Waters,” gamers play as Lina Garrett, a teenage girl who lives in a fictionalized Virginia county somewhere in the Chesapeake region. About a year before the game starts, Lina’s mother goes mysteriously missing and the trail goes cold. Play begins on the one-year anniversary of her disappearance just as Lina decides to get to the bottom of her mother’s case. 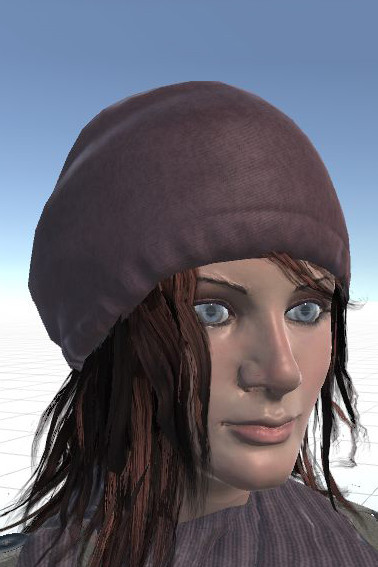 The whole game is meant to feel like an immersive short story that allows players to influence the outcome through their actions and choices.

With that idea in mind, Ballou began recruiting talented students from around the University to assist with art design, production and sound. She made it official with her new team by filing to become an LLC in October 2014.

As their production needs grew, the team expanded to include alumni and even a few freelance designers overseas.

“Our team is actually somewhat spread out,” said Adam Campbell, the game’s producer and programmer. “We have one person in Prague and another in Germany right now. We’ve also got a few grads that are in a handful of other places along the East Coast and of course, students that are working on Grounds.”

Campbell, a 2014 graduate of the School of Engineering and Applied Science, manages production of the game from his home in New York.

With that many people on board, one of the top priorities has been maintaining consistency while creating the game. As the chief writer, Ballou created what some game developers call a “Lore Bible” to help keep everyone on the same page. It’s a complete description of everything in the game – every character and every piece of background detail that creators might need to know.

Meanwhile, art director and rising fourth-year studio art major Wendi Chen worked on an image type to make sure that all of the Green Willow artists’ work maintained the same look and feel. The consistent use of watercolor provides a dreamy background for Lina’s search and leads players to question the truth of the world around her. 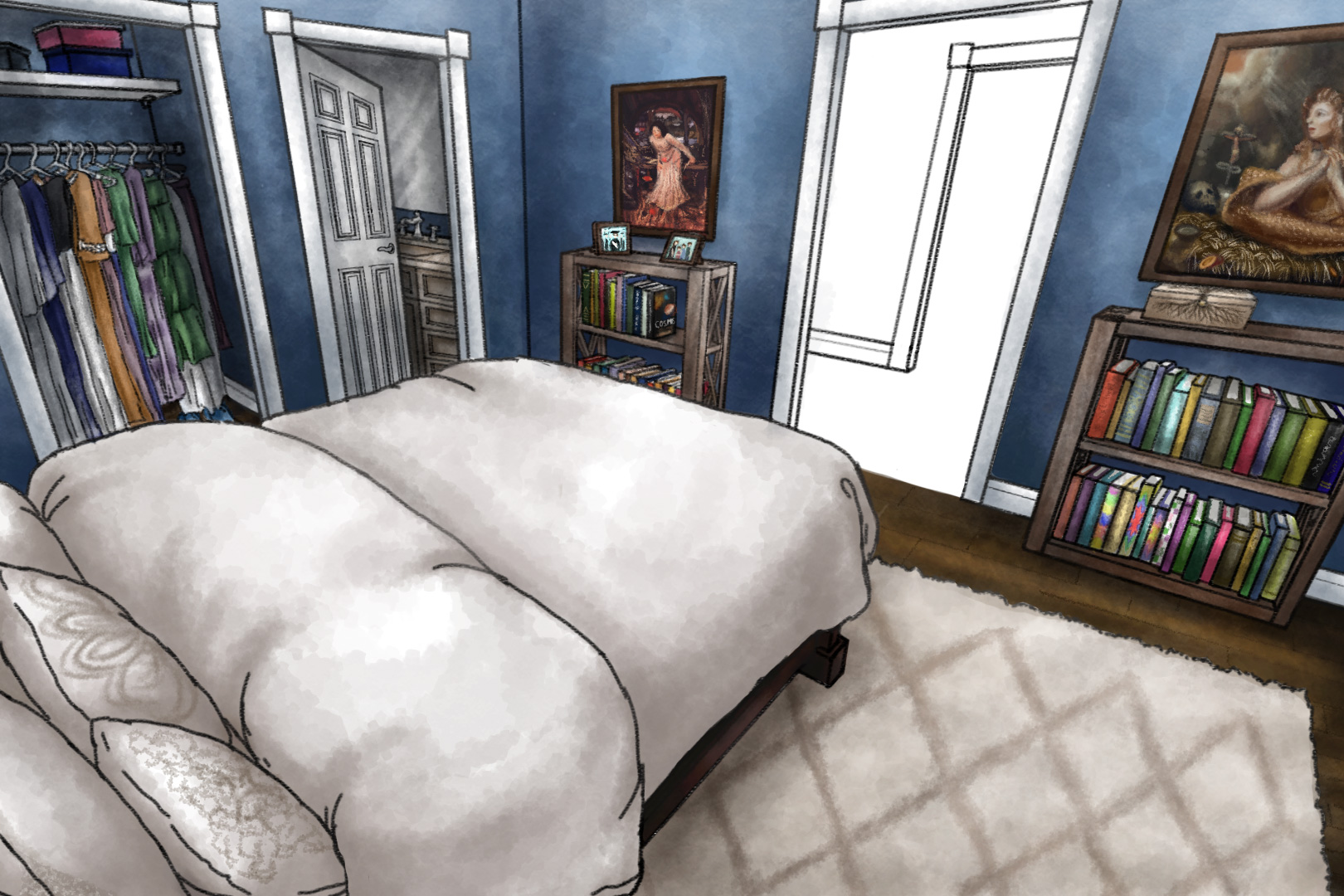 “We knocked out one 2-D picture of a 3-D scene for everyone to work with so that we have the same base style,” said Chen. “We also made sure that we’re all using the same Photoshop brushes so it’s the same sort of watercolor effect.”Ultimately, Lina’s fate is decided by the choices of the player, and the first decision they have to make is which version of Lina they’d like to play.

“The concept is that there are three Linas and you can pick which one you play as,” said Gwyneth Sholar, a rising second-year student and Green Willow voice actor. “One version of Lina is practical and realistic. The other one is dreamy and in her own head, and the last one is warm and friendly.”

Sholar voiced each version of Lina, recording many of the same lines with different inflections in order to capture her personality.

Preparing for different player selections also presented a new challenge for Ballou as a writer. Writing for a video game was more dialogue-heavy than she was used to and she had to use a “branching” style of writing that accounted for different outcomes based on the user’s choices.

“I had to use a special program called Chat Mapper, which is commonly used by video game writers to represent all kinds of branching trees and certain things that can only be talked about if you’ve found a certain object, or talked about something with another character,” Ballou said.

Throughout the process, she and her team found support for their work on Grounds. They used the audio recording studio in the Digital Media Lab in Clemons Library to record the dialogue and soundtrack for the game, and Ballou received encouragement for her work from English Department faculty members.

“Professor Christopher Tilghman has been specifically supportive of the game and looked over our materials for our Kickstarter funding campaign,” Ballou said. “He also helped spread the word about it to a lot of the English professors.”

Through their collaborative efforts and the support they’ve received at UVA, the Green Willow team is hoping to complete “Gray Skies, Dark Waters” by the end of summer. They plan to use the Steam digital entertainment platform to sell their game and make it available for download for both PCs and Macs.

“This whole process has definitely changed the way that I think about the paths open to an English major,” Ballou said. “When you’re making a game, you need a lot of people who are very specialized in specific ways, and being a writer is a pretty specialized skill. English majors can provide a strong storyline better than almost anyone else.”

What Is the ‘4th Side’? END_OF_DOCUMENT_TOKEN_TO_BE_REPLACED