On Eve of Gov.-Elect Northam’s Inauguration, Batten Students Assist in the Transition 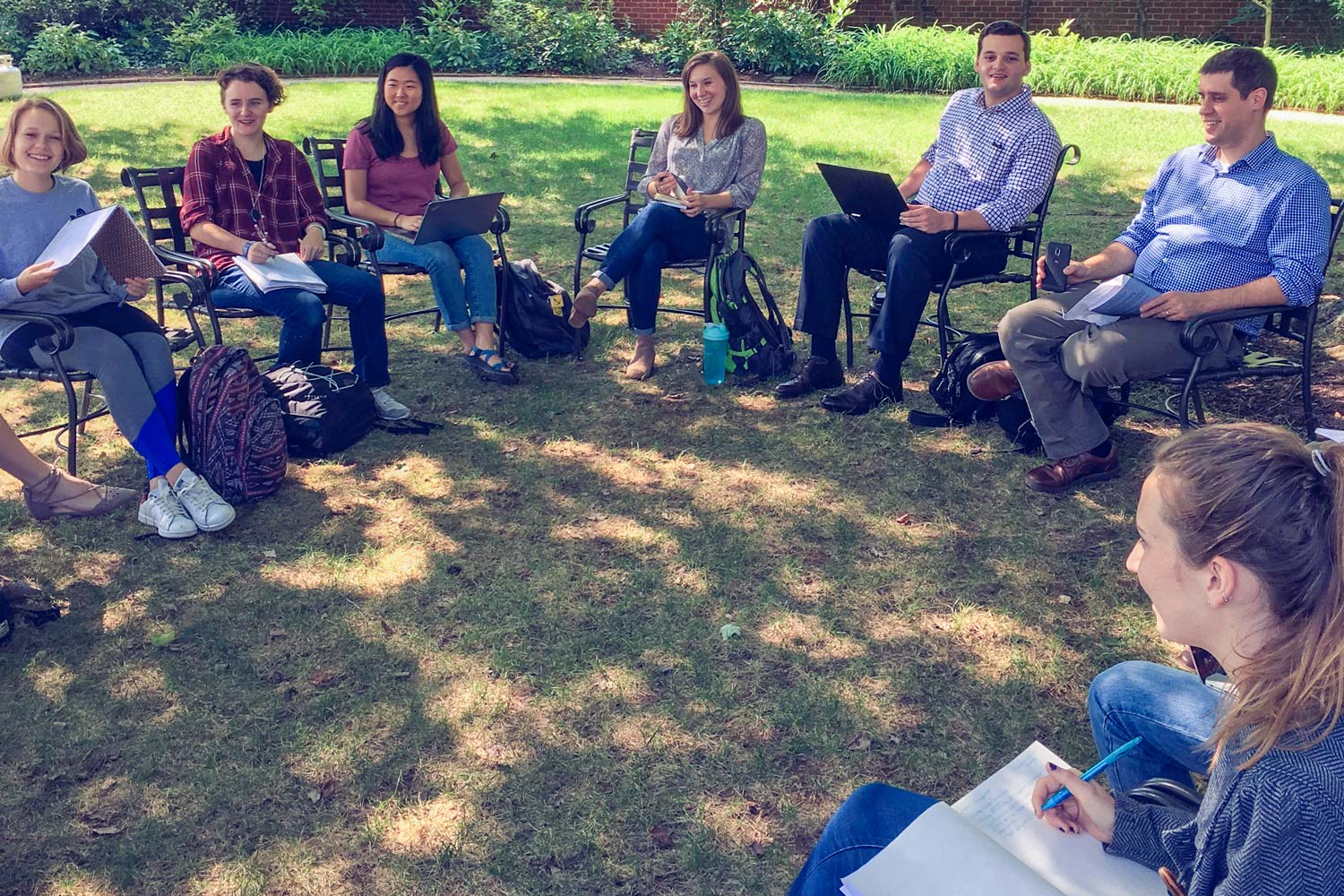 The work done by a group of students at the University of Virginia could assist Dr. Ralph Northam in having a strong start as Virginia governor.

As part of a fall semester course in UVA’s Frank Batten School of Leadership and Public Policy, the students wrote briefs for Northam – who will be sworn in Saturday in Richmond – on critical issues facing the commonwealth and received a firsthand look at the political transition process.

“I wanted them to be able to understand transitions because they are so rarely studied, taught or understood,” Batten professor Andy Pennock said. 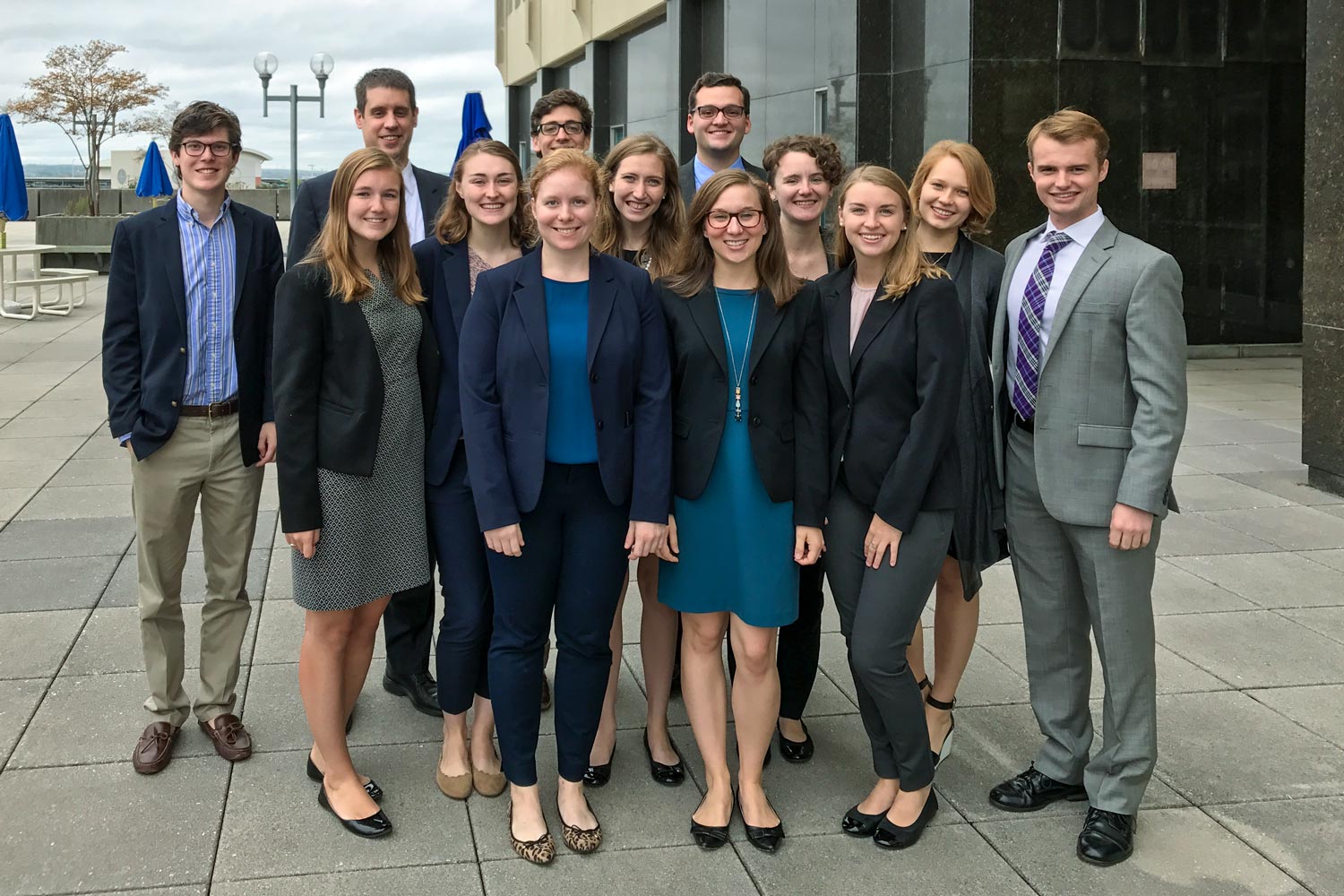 “The average person is not really aware of the importance of the transition,” Batten professor Ray Scheppach added, “but it’s really that work, from the time that they’re elected to the time that they’re inaugurated, that is critical to getting off on the right foot. A lot of governors screw up during that period and essentially never recover.”

The course, “Applied Policy Clinics: Virginia Transition Team Clinic,” came about after a 2016 Batten strategic planning summit indicated that students wanted a chance to work alongside professors with real-world clients.

In August, Pennock and Scheppach reached out to the Northam and Ed Gillespie campaigns to see which issues they were interested in knowing more about once the election was over. “We said, ‘What are some things we can do for you so that when you come into office, you can hit the ground running,’” Pennock said.

Pennock  then assigned a topic to each of the 10 students, who spent the semester preparing their briefs, which were the final product for the course. Scheppach, the former executive director of the National Governors Association, then edited them prior to submitting the final briefs to Northam’s transition team.

As part of a separate project, students – under the direction of Scheppach and Pennock – took part in the planning for the October gubernatorial debate between Northam and Gillespie that was hosted by Batten and UVA’s College at Wise.

During the semester, the professors brought in former Republican and Democrat chiefs of staff to give students an idea of what the transition process is really like.

The students also traveled to Richmond and met with staff from the Joint Legislative Audit & Review Commission, Senate Appropriations and House Finance, and Department of Planning and Budget, along with Gov. Terry McAuliffe’s policy team and assorted executive branch officials. “They met a large variety of stakeholders across the commonwealth to understand their issues with a real level of depth, so it wasn’t just an academic exercise,” Pennock said.

After submitting their briefs, the students were invited to sit in on some of Northam’s transition policy councils, which Pennock called “a really nice bonus.”

For the students, most of whom hailed from Virginia, the chance to help shape policy had special meaning.

“I was really excited and honored to be a part of the process,” Fredericksburg native and Batten graduate student Mary Greeson said. “I’m a lifelong Virginian. Just having the opportunity to contribute to the commonwealth and the future of Virginia in this way – using my grad school skills – was awesome.”

Greeson centered her brief on the Washington Metro. “So many people in the Northern Virginia area rely on the Metro to get to work, and my brief identified how the funding and governance issues are directly impacting the entire commonwealth,” Greeson said. “Where do the governance issues and challenges come from? I suggested a couple of paths forward or opportunities for the governor’s intervention.”

Looking back, Greeson said the things she learned about the transition process differed from what she had imagined.

“I really loved ‘The West Wing’ and a lot of other White House shows, and it just kind of seems like a whirlwind in 30 minutes,” she said, “but it’s really more about making sure that you’re talking to the right people. There are so many different points at which challenges can arise because of different viewpoints.

“I think the transition process is a unique opportunity to get all the viewpoints on the table, which makes it so important in setting the stage for a new administration.”

Netflix to Add Ads. Why This Could Be a ‘Game-Changer’ for Your Viewing Experience END_OF_DOCUMENT_TOKEN_TO_BE_REPLACED

What’s Next for UVA’s Class of 2022? END_OF_DOCUMENT_TOKEN_TO_BE_REPLACED