Facts and Myths About Obesity, Emerging as a Key Factor in COVID-19 Hospitalization 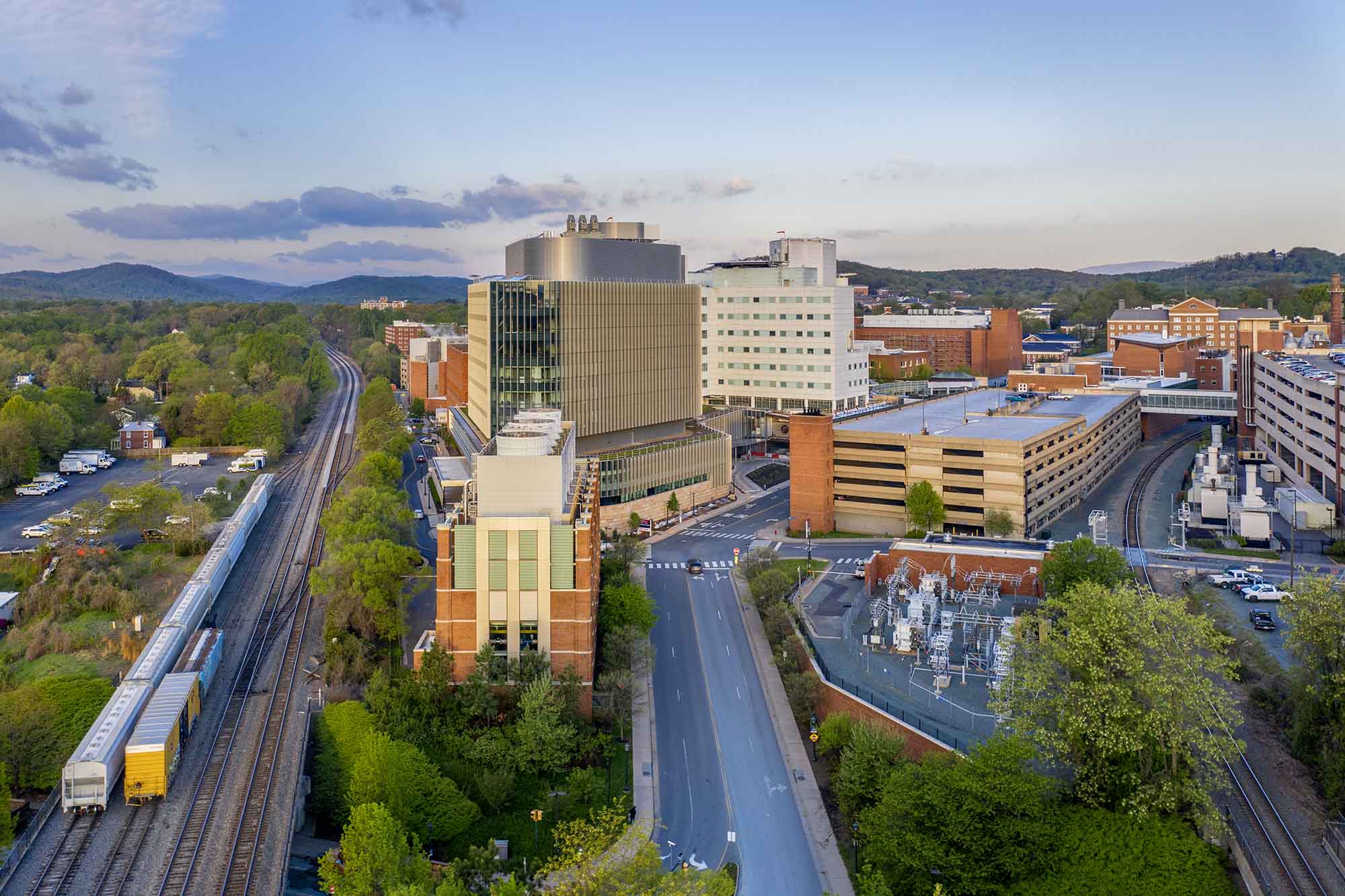 With so much misinformation surrounding obesity, Dr. Catherine Varney is careful with her words. First of all, she clarifies that her patients are not obese, but rather have obesity, which is a disease and not a lack of willpower.

What is clear: Obesity can make us sick and make it harder to fight COVID-19.

“Obesity is the underlying cause of all these chronic diseases that we’re seeing in primary care – diabetes, high blood pressure and high cholesterol. There’s nothing obesity doesn’t touch – even depression, anxiety, sleep apnea, PCOS [polycystic ovarian syndrome], fertility and osteoarthritis. If we can get obesity under control, we can get all these other things under control,” says Varney, a UVA Health family medicine physician who is also board-certified in obesity medicine.

Preliminary studies are showing that obesity is second only to older age as the main driver for people needing hospital care due to COVID-19, partly explaining why some younger people are experiencing severe disease. While fighting COVID-19, some of Varney’s patients had to be placed face-down on a ventilator to relieve pressure from the extra weight on their chest that would make breathing even more difficult. 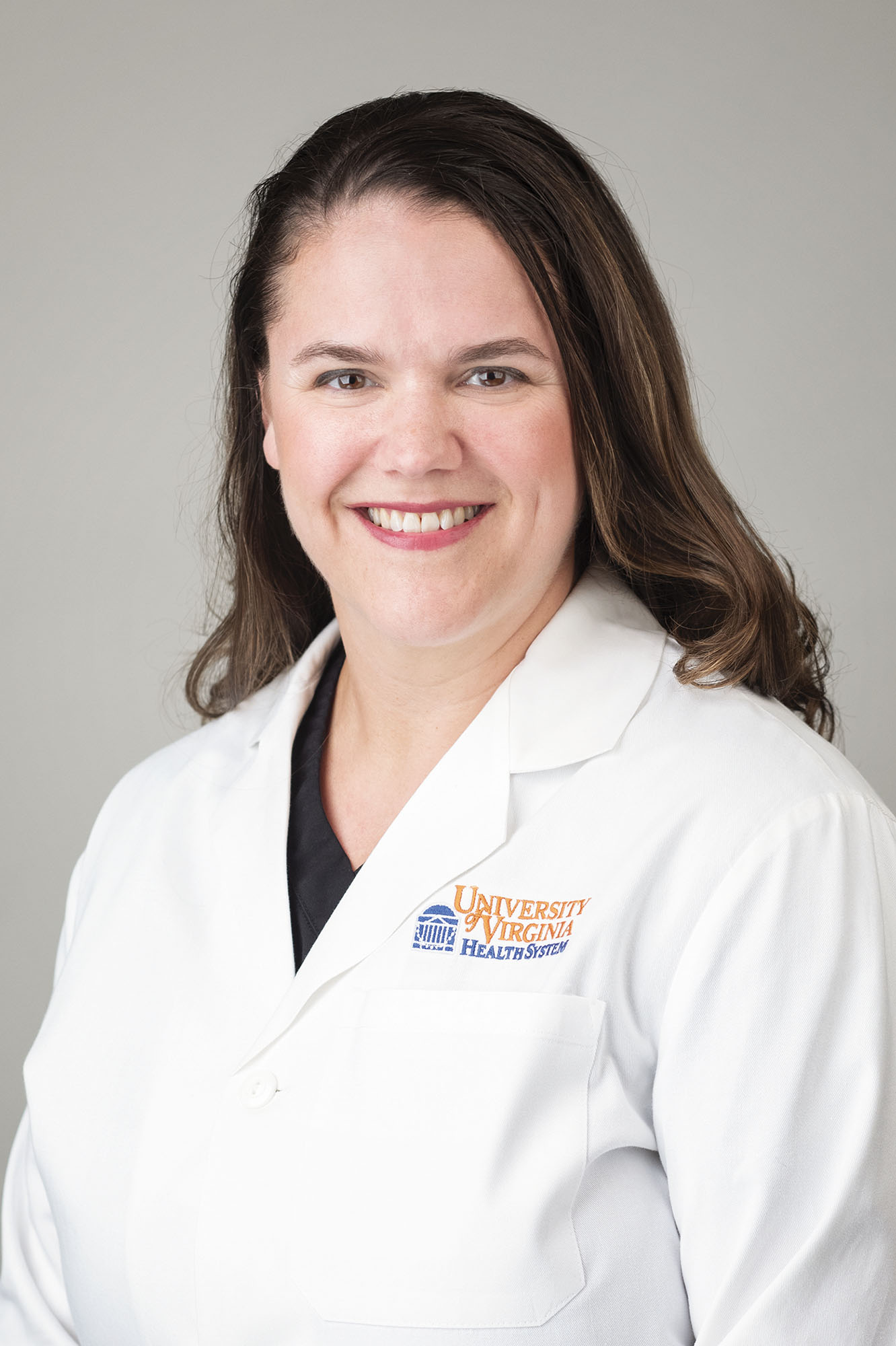 As an expert who stays current on obesity science, Varney shared some facts, common misconceptions and hope for anyone struggling with obesity, applicable during this pandemic and beyond.

Fact 1: There are no quick fixes, but obesity can be controlled.

“Saying to someone ‘eat less and exercise more’ doesn’t work,” Varney said. She explains: “When we’re actively losing weight, our body thinks we’re dying, so it will fight tooth and nail against our best efforts. The closer someone gets to their weight-loss goal, the harder it becomes. This is why a lot of people give up. Your body doesn’t like change, so you rarely hear patients say, ‘I was overweight once.’ It’s always, ‘I’ve struggled with this my whole life.’

“What they don’t realize is that they’re fighting against a brain that has evolved to want them to eat whenever it passes by something high-calorie or dense with nutrition because we don’t know when it’s going to come again. It is the caveman mentality and we’re surrounded everywhere by high-calorie foods, but never times of famine.”

Exercise only helps 3% to 5% with losing weight, but is important with maintaining weight once the pounds are shed, Varney said. Exercise can even be dangerous, so it’s not always initially part of her prescribed treatment plan.

“For some patients, I don’t prescribe exercise until they lose a certain amount of weight,” she said.

Fact 3: The best diet depends on the individual.

“What works for one person might not work for another, due to a complicated system of genetics, metabolism, environment and other conditions a patient may have,” Varney said. “Still, studies show that low-carb for the first six months is the best diet for weight loss. But for weight maintenance, there’s not much difference between low-fat and low-carb.”

Fact 4: Medications can be effective.

Several drugs are FDA-approved for weight loss. Introduced in 1959, “phentermine is one of the most effective drugs,” Varney said. “It suppresses the appetite while patients are making lifestyle changes and the body is getting used to how much food is acceptable. It brings a little increase in metabolic rate, and importantly, quiets the brain. If you’re inside the head of someone with obesity, you wouldn’t believe how much they are constantly being yelled at to ‘eat, eat, eat!’”

Phentermine is FDA-approved only for short-term use (up to three months), but a recent study showed that those who took it every day for two years saw no increase in cardiovascular risk.

“Under close watch, we can keep patients on these short-term drugs for longer. There can be complications, but very rarely,” Varney said.

Phentermine, she adds, is not dangerous like fenfluramine, which was pulled off the market years ago after it was found to damage the heart valve. Another drug, diethylpropion, is “closely related to amphetamines, but it is not ‘speed’ and not addictive,” Varney said. “I had a patient whose provider told them, ‘That stuff is no better than what you can get on the street.’ There is definitely a bias against weight-loss medication that’s been around since the 1960s.”

A recent drug to be FDA-approved for weight loss is Saxenda. Introduced as a diabetic drug, it was later found to quiet the link between the stomach and brain, Varney noted.

“I’ve had one patient lose 100 pounds. I have another patient where she’s just been gaining and gaining over the last 10 years and finally, we put the finger in the dam and she lost about 3% of her body weight,” Varney said. “This doesn’t sound like a lot, but she’s not gaining any more and that’s huge.

“Genetically, it might be very hard for someone to reach an ideal weight, but the real goal is just improvement of health. Studies show that just a 10% reduction of body weight is huge in regard to decreased risk of heart attack or stroke. You get the best benefit from weight loss at the first 10%, so losing 18 pounds if you’re 180 is a big step.”

Fact 6: Losing a lot of weight quickly can slow your metabolism.

Some patients need medication, surgery or other prescribed measures to take and keep the weight off, Varney said. When someone loses an extreme amount of weight in a short time (think “Biggest Loser”), they can develop a slow metabolism that persists for years. One “Biggest Loser” participant, for example, was found to burn 800 calories a day six years after participating in the show. His metabolism was nowhere near normal for a man his size.

Fact 7: Our understanding of obesity is advancing quickly.

“Maintaining board certification in obesity science requires continuing education on a yearly basis. This is because obesity science is changing rapidly,” Varney said. “The diet and medication regimens that I was prescribing five years ago are completely different from what I’m prescribing now. For a long time, it was ‘low-fat, low-fat, low-fat,’ and now we have 73 good peer-reviewed studies that show low-carb diet is best for weight loss.”

Team to Help You Tackle Obesity

With obesity underlying most health issues, Varney – one of several UVA Health doctors with board certification in obesity medicine – called for more physicians to become similarly certified by the American Board of Obesity Medicine.

UVA physicians who have been certified are working on creating an obesity clinic, and collaborate closely with Dr. Pete Hallowell and Dr. Bruce Schirmer, who oversee the UVA Health weight-loss surgery program.

What Is the ‘4th Side’? END_OF_DOCUMENT_TOKEN_TO_BE_REPLACED