Faculty Spotlight: Major Award to Allow Physicist to Share Her Passion for Science 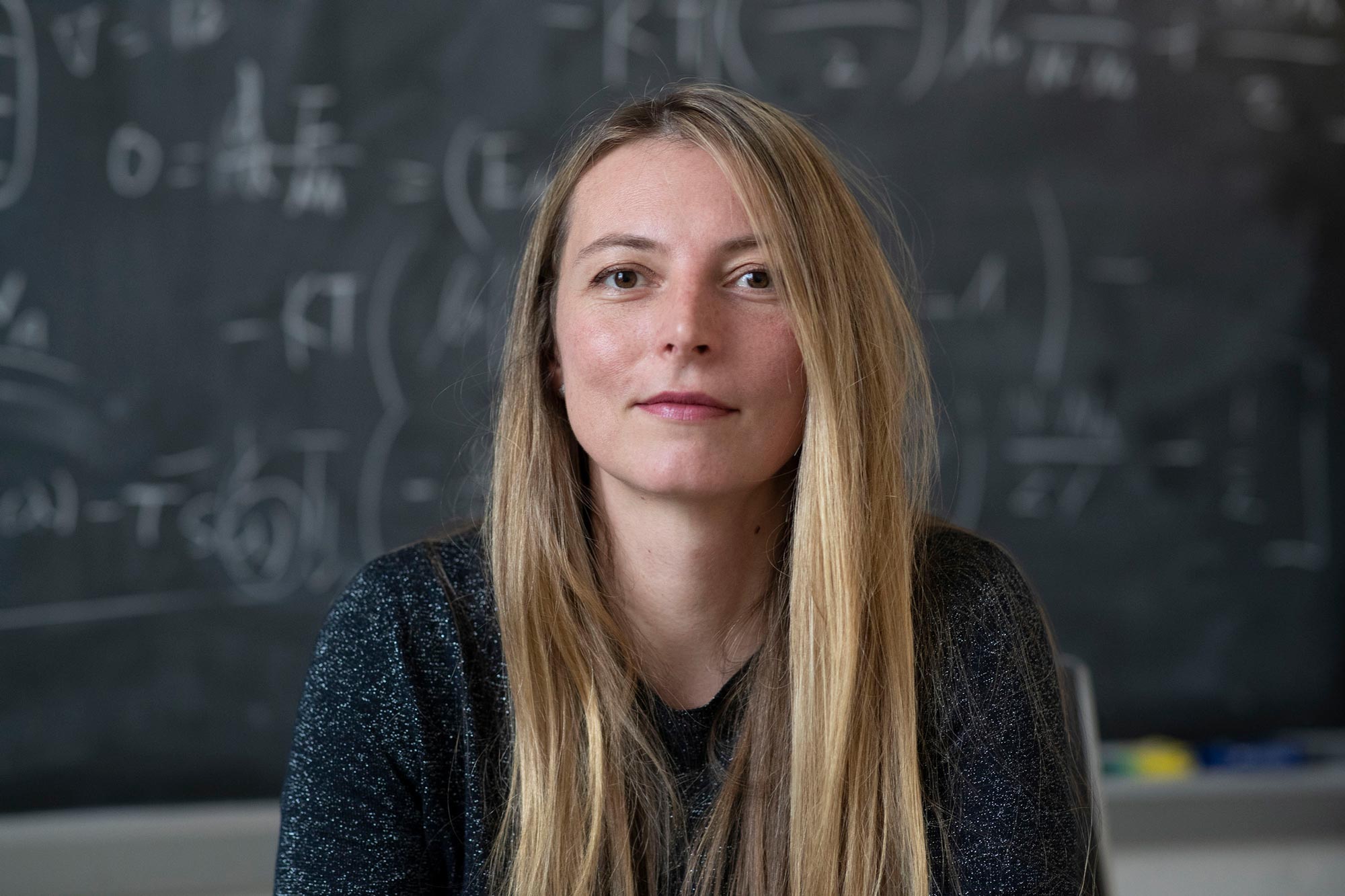 Marija Vucelja says she was “swept off her feet” when she discovered physics – at age 12.

“I very much liked all of the sciences,” she said, “but when I discovered physics, it was love at first sight.”

That love has never left her.

Today, Vucelja is a statistical physics professor at the University of Virginia who works as sort of a matchmaker – marrying physics, chemistry, biology, and, of course, mathematics, to bring new insights to complex problems in biophysics, condensed matter physics and computational physics.

“Physics studies the universe, and in doing so teaches us about this world we live in,” she said. “It gives us a way to understand what we see around us. It tells us why waves come parallel to the shore, why the sky is blue.”

Recently the National Science Foundation recognized Vucelja’s commitment and accomplishments in her field, as a young professor, with an Early Career Development Award to further her research and teaching projects. The award is for $541,622. Vucelja currently is on sabbatical, so she is not teaching, but continues to conduct her theoretical research. “I will use the funds to investigate rapid thermal relaxations of complex physical systems,” she said.

Thermal relaxation is the familiar energy-exchange process in which two systems, one hot and the other cold, reach a common temperature, such as when a cup of tea cools down to room temperature. This is well studied. Vucelja is studying something radical, a phenomenon “full of wonders” called the Mpemba effect, in which cooling or heating rapidly occurs, resulting in surprising energy exchanges.

“In particular, I am interested in ‘shortcuts’ in thermal relaxations, where a system prepared at a hot temperature ‘overtakes’ in relaxation (cooling) an identical system starting at a warm temperature, and cools down faster to match the cold environment.”

The Mpemba effect was first seen in water, where it was observed that hot water sometimes freezes faster than cold water. The effect is also found in polymers, magnetic alloys and other materials. Despite the Mpemba effect’s wide distribution, the conditions when, and for which systems it occurs, are not well understood. Vucelja is using statistical physics to come up with a general theoretical framework that would explain this remarkable and dynamic phenomenon.

“To describe a slab material, we don’t need to know what each of its 1023 molecules is doing,” Vucelja said. “Using statistics and probability, we can see the forest for the trees; and make educated predictions on what a large number of molecules are collectively doing to describe the bulk properties of the matter. It’s like making a sketch, a good approximation of reality, rather than a hyper-realist depiction.”

The potential applications of her work include optimal heating and cooling protocols, which are relevant for material design, metallurgy and protein folding, as well as advancements in the efficiency of sampling algorithms.

In another branch of Vecelja’s research, she uses statistics to understand population genetics in rapidly adapting populations, and the coevolution of bacteria and phages, which are viruses that infect and replicate within bacteria.

Vucelja gained an early interest in science from her physician mother and chemical engineer father while growing up in Serbia, and pursued that interest at the Petnica Research Center, an independent and nonprofit organization for extracurricular science education of youth in Serbia.

Her interest in physics developed from an early absorption into astronomy. While at Petnica, she built a specialized radio antenna on a roof there so she could “listen” to the radio signals of meteors entering the atmosphere. This was the universe revealing itself, with the budding scientist Vucelja investigating.

Later, at the age of 19, Vucelja and a fellow astronomy hobbyist, Irena Živković, raised funding and arranged an expedition to observe and record the 1998 Leonid meteor shower from Mongolia.

In addition to her research, Vucelja also will use her NSF award to bud some new scientists. She is in discussion with high school teachers, colleagues and the Boys and Girls Clubs to pilot a program she calls “Quiz a Scientist.” This would bring UVA scientists into local classrooms, civic organizations and other locations to answer questions about science, nature and the nature of scientists.

“Kids are naturally curious, and they ask the most unexpected questions,” said Vucelja, the mother of two boys, a 3-year-old and an infant. “I want to further spark their curiosity, show children what excites me, and invite them to use their natural curiosity to leap over boundaries – the challenges involved in doing science – and remain curious about the world throughout their lives. If I can show them what excites me about science, hopefully it will resonate and take over, so once they start asking questions, they won’t stop.”

She also hopes that children will look at her and other scientists and say, “If they can do it, so can I.”

And then fall in love with science.

When Less Is More: How Harnessing the Power of Subtraction Can Add to Life END_OF_DOCUMENT_TOKEN_TO_BE_REPLACED