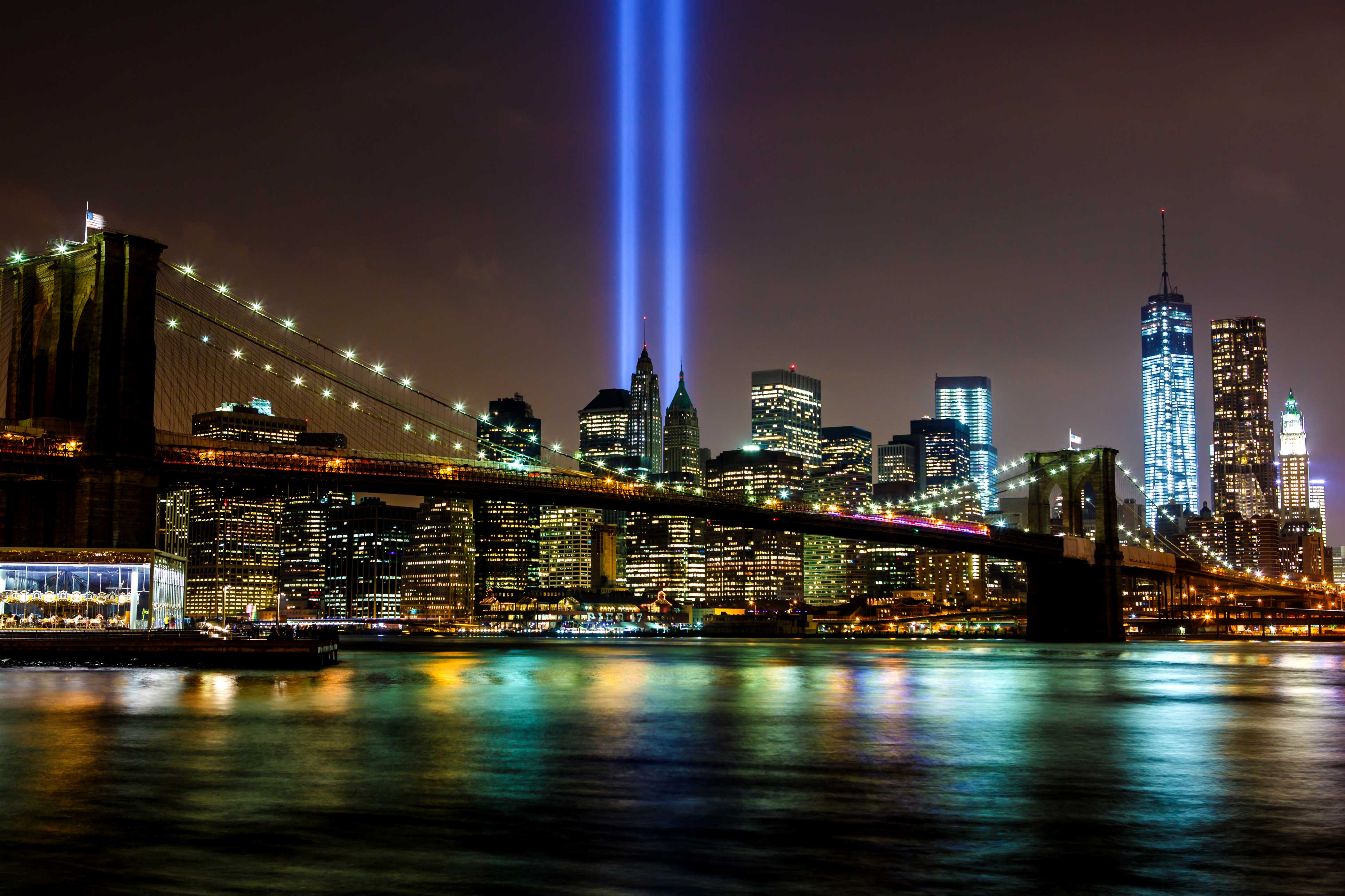 On Sept. 11, 2001, Philip Zelikow was enjoying a gorgeous sunny day with a crisp, early-fall feel. Like so many of his fellow Americans, Zelikow’s day would be shattered by televised reports of hijacked airliners slamming into the World Trade Center’s Twin Towers and the Pentagon. Another crashed in Pennsylvania.

“I was as shocked and riveted as all Americans were,” said Zelikow, who at the time directed the University of Virginia’s Miller Center.

Zelikow was no stranger to issues related to terrorism. He knew before the attacks who Osama bin Laden was, and to a lesser degree, about the al-Qaeda terror network. 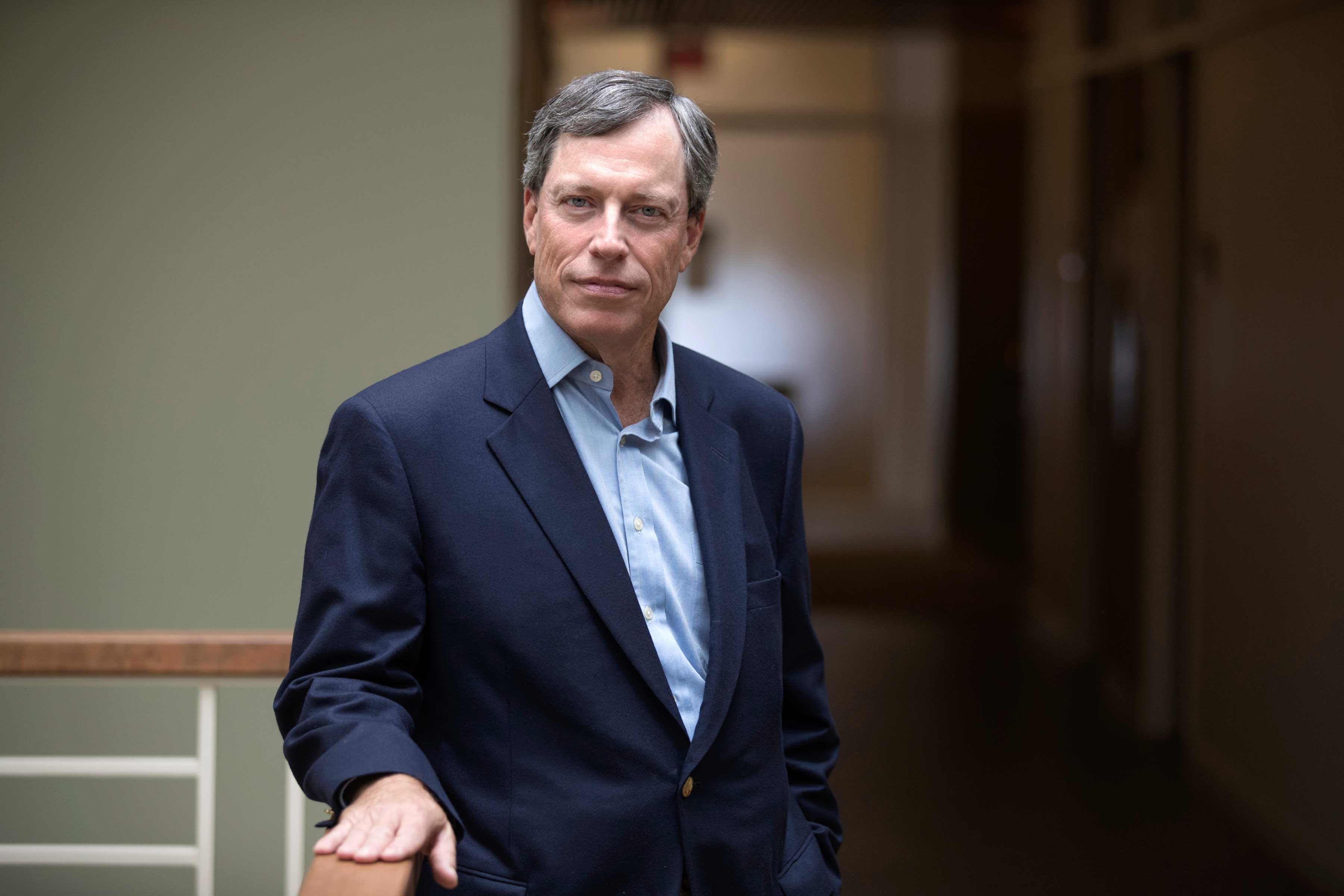 He began his career as a trial and appellate lawyer, was a diplomat overseas and in Washington, and then served on the National Security Council staff for President George H.W. Bush. Since leaving government service in 1991 he taught and directed research programs at Harvard University and UVA, but maintained his connections to Washington.

Soon enough, he would become deeply involved in the aftermath of 9/11 and in the country’s efforts to learn from the experience. At the beginning of 2003, Zelikow became executive director of the 9/11 Commission, created by Congress as an independent, bipartisan panel to prepare a complete account of the circumstances surrounding the terrorist attacks, as well as provide recommendations to avoid future attacks.

The directorship, which lasted from 2003 to 2004, was one of two times Zelikow has taken public service leave from the University to return to Washington. From 2005 to 2007, he served as a deputy to Secretary of State Condoleezza Rice.

Zelikow has also advised the Bill & Melinda Gates Foundation’s program in global development, was a member of the President’s Intelligence Advisory Board under Presidents George W. Bush and Barack Obama, and currently serves on the Defense Policy Board.

At UVA, he recently served as a dean leading the University’s Graduate School of Arts and Sciences. He is the White Burkett Miller Professor of History.

Zelikow recently visited with UVA Today to recall his time leading the 9/11 Commission, and assessed how the U.S. response to global threats has evolved since. An edited version follows.

A. I think it is healthy for organizations and countries to conduct such after-action reports, especially if there has been a major national trauma. Not just an inspector general-type of report, wagging your finger, looking for the government misconduct – though there is that part of it – but more like ‘What really happened here? Why did this happen?’ To understand it in a full way and then prepare a report that could be provided to the American people, as well as the recommendations as to how we could avoid this in the future.

Q. What did you learn on the commission?

A. You learn details really matter. And a lot of pretty complicated, unglamorous, vital stuff can be discovered when you really look through how agencies work.

We learned that there is no single fix in the system. What you do to beat the terrorists is to create a system that has barrier after barrier after barrier, and every barrier might be overcome under some circumstances, but if there are six or eight of these barriers, they will start to think the odds of their getting through all of these doesn’t look so good. They are willing to give up their lives, but the essence of futility is that they might want to devote their lives to this grand act that is supposed to give their life meaning, but then get caught en route. That is the worst form of futility.

Hardening the whole system, layer after layer, turns out to be really important, even if none of the layers can be perfect. Americans have to work each of the layers and make them the best that you can without sacrificing their free society, because if we sacrifice our free society, that really is the terrorists’ victory.

Q. The report has been out 12 years. Were its recommendations implemented?

A. Most of the recommendations were implemented reasonably well. A lot of the biggest changes are in strategy and emphasis. Watch out when these groups get safe havens. Don’t let wasps build wasps’ nests. These are strategy points.

We changed the way agencies work together on the terrorist threat, creating the National Counterterrorism Center, which actually has worked really well.

One of the areas where Congress did not act on the recommendations is in reforming itself. So the way we manage appropriations for intelligence agencies is still broken. The way in which we do oversight for homeland security is still broken; it is fragmented and pulls these agencies in 20 different directions.

A. Fundamentally, we have a national security government that was built in the 1940s and 1950s, with some add-ons in the early 1960s. Eighty to 85 percent of these institutions, their DNA is World War II and the early Cold War.

We’re now well into the 21st century. And 9/11 was a wake-up call saying the nature of conflict and security problems is really different than it was in the middle of the 20th century, but our institutions have not adapted. They are having trouble keeping up.

By 2014, the Islamic State had gotten a substantial geographic safe haven. I believe it would like to carry out deadly attacks everywhere in the Western world. It has not yet organized attacks of genuinely catastrophic scale, though it has organized quite serious attacks in Europe and the Middle East and Africa. For all the serious attacks we have had in the United States, these have been done by unbalanced individuals, and not by an organization operating intercontinentally with groups of people.

But we are quite vulnerable to a number of attacks. And people in the business have been expecting some serious attacks to be carried out in the United States for years now. Which is why I support substantial efforts to destroy the Islamic State’s safe haven in the Middle East and in Libya.

Americans are understandably reluctant to plunge into Middle Eastern wars. But another lesson we learned with 9/11 is if Americans don’t take the necessary action on a more modest scale, they can face choices that are much worse. I think we should be doing more now in order to avoid having to do much more later.

There is no simple answer. Americans have to find constructive partners in this Muslim-on-Muslim war. Many Muslims really are trying to build a better world for their children. They are having a terrible struggle in their world for this next generation about how to reorganize their societies and cope with the modern world. And we can’t just stand back from that and say, “Well, they’re all a mess and if they get messy enough, we’ll just bomb them all.”

If we want to avoid radical surgery and avoid the bad experiences of the past, we have to get more involved now to head that off.

The Muslim world is going through a version of the religious wars that Christianity went through in the 1500s and 1600s. Christians fought each other tooth and nail for the better part of 150 years. Bitter, bitter wars of religion that were also wars about how to organize society. Muslim society is going through some of the trials that European societies have also experienced.

Q. While the U.S. has been focused on the Middle East, Russia and China have been making various moves. How do they factor into U.S. concerns?

A. We have a return to real dangers of great power conflict. The situation has become much worse since 2014, from both Russia and China. And there is also Iran and its allies.

But the great power conflicts of the 21st century are not going to be a rerun of the Cold War movie. These are different kind of conflicts. The China of today is not like the Soviet Union of yesterday.

China is a country with a very uncertain future. And the Chinese leaders know it, which then creates a lot more play in: How could this turn out? Because they don’t know how it’s going to turn out. And it is a really interesting problem.

What they all have in common with each other and the terrorists is that we believe in liberal principles of government. By liberal, I don’t mean that word in the way that Americans tend to think “liberal” means the political left. In its classic meaning, which runs back to people like Thomas Jefferson, “liberal” means we actually believe in a politics of constant argument in which no one side controls it all. It is a world of pluralism, with lots of voices, lots of ethnic groups, different factions, all managed by a rule of law. It is a world in which people’s future is determined by merit and not by heredity or party membership. It is a system where there is free enterprise rather than crony or state capitalism.

What all the foes of the United States have in common is that they all hate this idea of liberal government, in different ways for different reasons. Anti-liberalism is what unites them all. To them, liberalism is weak, divided and permissive. It is tolerant, and they hate its tolerance. And what they want is a world that is dominated by their version of the truth.

We should be proud that the United States of America stands for liberal ideals. We are in a quarrelsome political season, and sometimes it is a little harder than usual to remember what unites us. But that is it.