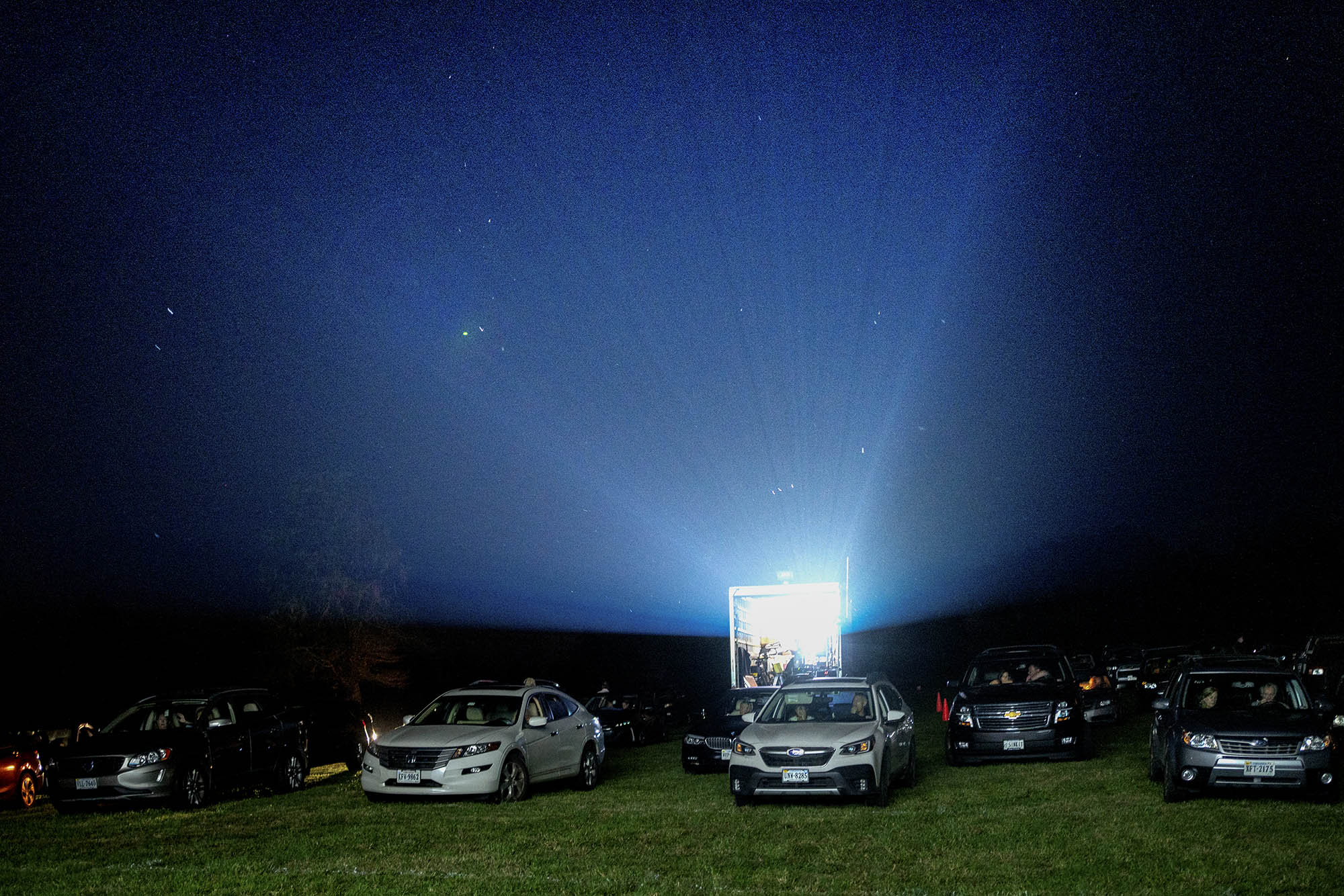 T​he Virginia Film Festival is back in person Oct. 27 to 31 with a vibrant and diverse program of more than 85 films, including 60 features, and an outstanding lineup of special guests and discussions. The festival, in its 34th year, will feature theatrical presentations as well as reprise last year’s popular drive-in series at the picturesque Morven Farm in eastern Albemarle County.

The Virginia Film Festival is a program of the University of Virginia and the offices of the Provost and Vice Provost for the Arts.

Once again this year, the festival will present an array of guests, including a tribute to award-winning actor Martha Plimpton, who will also discuss her latest film, “Mass”; Tony-nominated playwright and screenwriter Jeremy O. Harris; and Danny Strong, writer and executive producer of the new Hulu limited series “Dopesick.”

“We are thrilled to announce this program, and to welcome back audiences this year both in theaters and at our stunning drive-in venue, Morven Farm in eastern Albemarle County,” said festival director Jody Kielbasa, UVA’s vice provost for the arts. “There is something truly special about a film festival environment, and about our festival in particular, that goes beyond the films we show. It is about the community that is created through the sharing and celebration of this remarkable art form, and the chance to come together and experience such a diverse array of films on a wide variety of topics that run the gamut of our emotions and our experiences in the world today.”

The full 2021 VAFF program will be posted online Thursday morning. Tickets for all events will go on sale Tuesday at noon at virginiafilmfestival.org.

Here are some program highlights:

The festival’s opening-night film on Oct. 27 is the latest from Wes Anderson. “The French Dispatch” is a love letter to journalists that brings to life a collection of stories from the final issue of an American magazine published in Ennui-sur-Blasé, a fictional 20th-century French city. The film, which received a nine-minute standing ovation following its recent premiere at Cannes, features a star-studded cast, including Benicio del Toro, Adrien Brody, Tilda Swinton, Léa Seydoux, Frances McDormand, Timothée Chalamet, Lyna Khoudri, Jeffrey Wright, Mathieu Amalric, Stephen Park, Bill Murray and Owen Wilson.

Other highly anticipated films include “Spencer,” a reimagining of the events that impelled Princess Diana (Kristen Stewart) to end her marriage with Prince Charles (Jack Farthing) and leave the British royal family; “Parallel Mothers,” Pedro Almodóvar’s latest, starring Penélope Cruz and Milena Smit; and “The Power of the Dog,” a powerful exploration of masculinity and love in 1925 in the American West, starring Benedict Cumberbatch, Jesse Plemons and Kirsten Dunst, and directed by Jane Campion, who won the Silver Lion for Best Direction at the 78th Venice Film Festival.

Award-winning actress Martha Plimpton will come to the festival for a tribute event highlighting her remarkable career, from Broadway to film and television, and for a screening of her latest film, “Mass,” which follows a private talk between two sets of parents as they attempt to move forward, years after an unspeakable tragedy tore their lives apart.

The festival will present the 2021 American Perspectives Award for Outstanding Achievement in Cinema to writer and actor Jeremy O. Harris. He is an award-winning playwright and actor best known for “Slave Play,” which broke the record for most Tony Award nominations for a non-musical play in 2020. In his first foray into screenwriting, Harris co-wrote A24’s 2021 film “Zola” with director Janicza Bravo.

Another guest, Danny Strong, is the writer and executive producer of the new Hulu limited series “Dopesick.” Beginning his career as an actor in numerous classic films and TV shows, Strong transitioned into screenwriting and producing, with his scripts “Recount” (2007) and “Game Change” (2008), both of which became award-winning HBO films. The festival will feature a screening of an episode of Strong’s “Dopesick,” which also was executive-produced by Michael Keaton and filmed in Virginia. “Dopesick” examines how one company triggered the worst drug epidemic in American history.

Once again this year, the festival is partnering with Virginia Public Media to present films offering unique perspectives on issues of importance to Virginia and Virginians. This year’s films, both supported by UVA’s Division for Diversity, Equity, and Inclusion and other sponsors, are:

Some of the festival’s events feature UVA students, faculty members and departments, often in a behind-the-scenes capacity. The festival’s “Indigeneity in Mexico” series is programmed by Federico Cuatlacuatl, a Choula, Puebla, Mexico-born indigenous artist and UVA assistant professor of studio art. Samhita Sunya, an assistant professor of cinema in UVA’s Department of Middle Eastern and South Asian Language and Cultures, programmed a Middle Eastern and South Asian series featuring “Dachra,” Tunisia’s first horror movie, which follows three young journalism students who venture to an isolated village in order to solve a gruesome criminal case that has gone cold.

Following its highly popular debut in 2020, the festival’s Drive-In Movie Series returns to the picturesque Morven Farm in eastern Albemarle County with a lineup of new feature films and a Halloween-themed classic. This year’s drive-in features will include “The French Dispatch”; a special Halloween night celebration of the cult classic, “The Addams Family”; and more.

For information on what to expect at the drive-in, what safety precautions will be in place and other frequently asked questions, visit v​irginiafilmfestival.org/drive-movies-faq.​

Q&A: Assessing the Risks and Rewards of Pelosi’s Plan to Visit Taiwan END_OF_DOCUMENT_TOKEN_TO_BE_REPLACED

These Giant Wind Turbines, Inspired by Palm Trees, May Be the Future of Renewable Energy END_OF_DOCUMENT_TOKEN_TO_BE_REPLACED