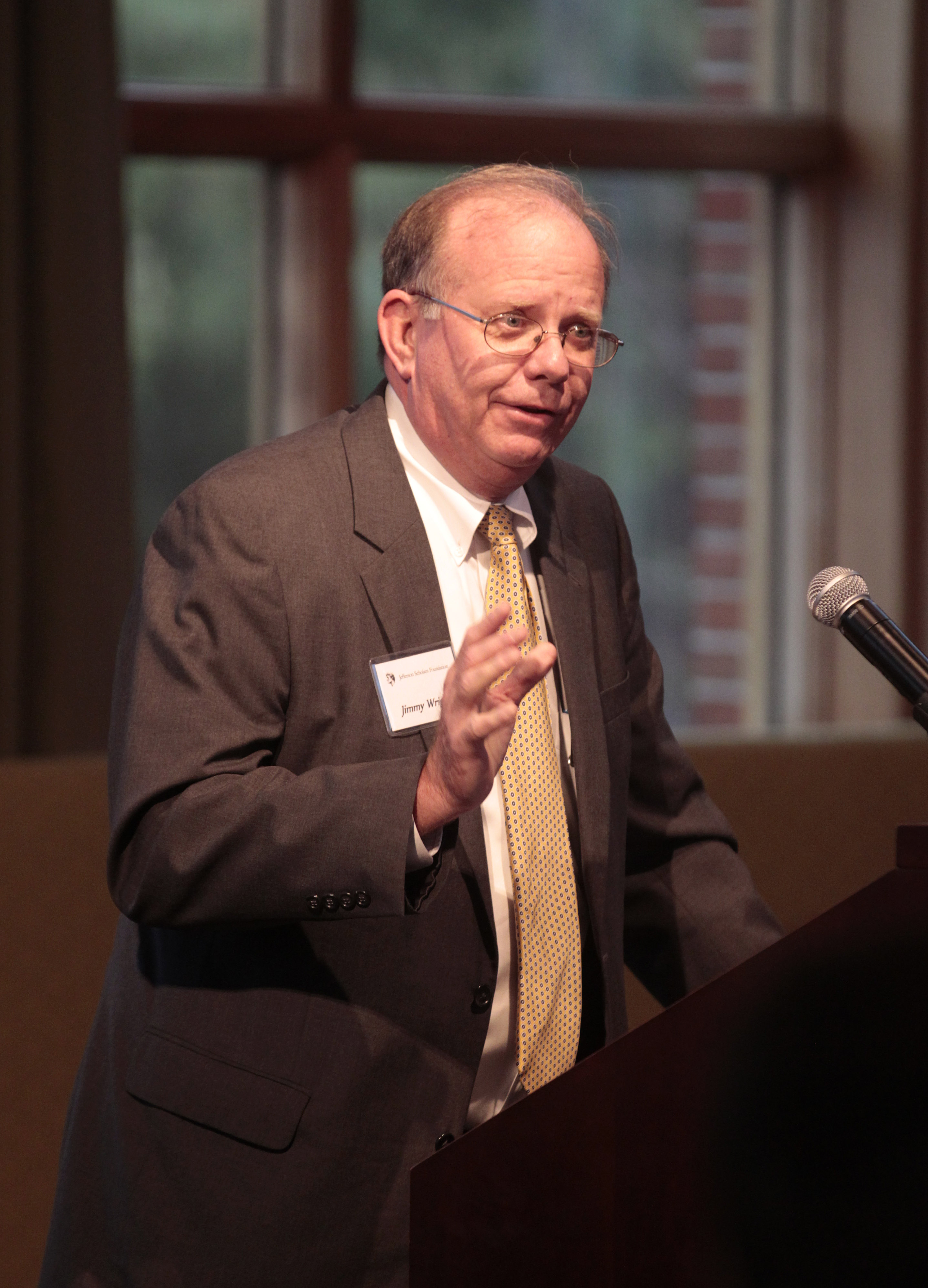 Jefferson Scholars undergo a rigorous, highly competitive, multi-stage selection process. First they are nominated by their high schools based on their demonstrated excellence and exceptional potential in the areas of leadership, scholarship and citizenship. “Receiving a nomination for a Jefferson Scholarship is a significant honor, affirming and recognizing exceptional effort and success both inside and outside the classroom,” said Ben Skipper, the foundation’s director of the undergraduate program.

“The quality and breadth of the nominations we receive is impressive,” Skipper said. This year the Jefferson Scholars Foundation invited nearly 4,000 secondary schools to nominate a student and ended up with a record 1,600 nominees, many of whom were valedictorians or salutatorians, accomplished writers, artists and musicians, captains of varsity sports teams, student government and community leaders, and holders of various honors and awards.

Once nominated, the students go through at least one round of in-depth interviews. U.Va. alumni serve on Jefferson Scholars Regional Selection Committees and ultimately identify which nominees will continue in the competition. Once identified as regional finalists, students are invited to come to Charlottesville to participate in the final and most challenging stage of the competition, the Jefferson Scholars Selection Weekend.

This year, 120 finalists made their way to the University to participate in this intensive four-day event. They engaged in seminar discussions, took essay and mathematics examinations and participated in a final round of interviews conducted by U.Va. alumni and faculty.

The 36 Jefferson Scholars selected this year represent the largest cohort in the program’s 34-year history and come from 22 states and two countries. They join a community of 92 rising second-, third- and fourth-year scholars, who are active and visible leaders at the University.

“These are individuals of diverse backgrounds, interests and passions, with varying worldviews developed from different life experiences,” Wright said. “Jefferson Scholars are linked together by a common commitment to being leaders, scholars and citizens, and they are passionate about making their communities better places, each in his or her own way.”

The incoming Jefferson Scholars are: