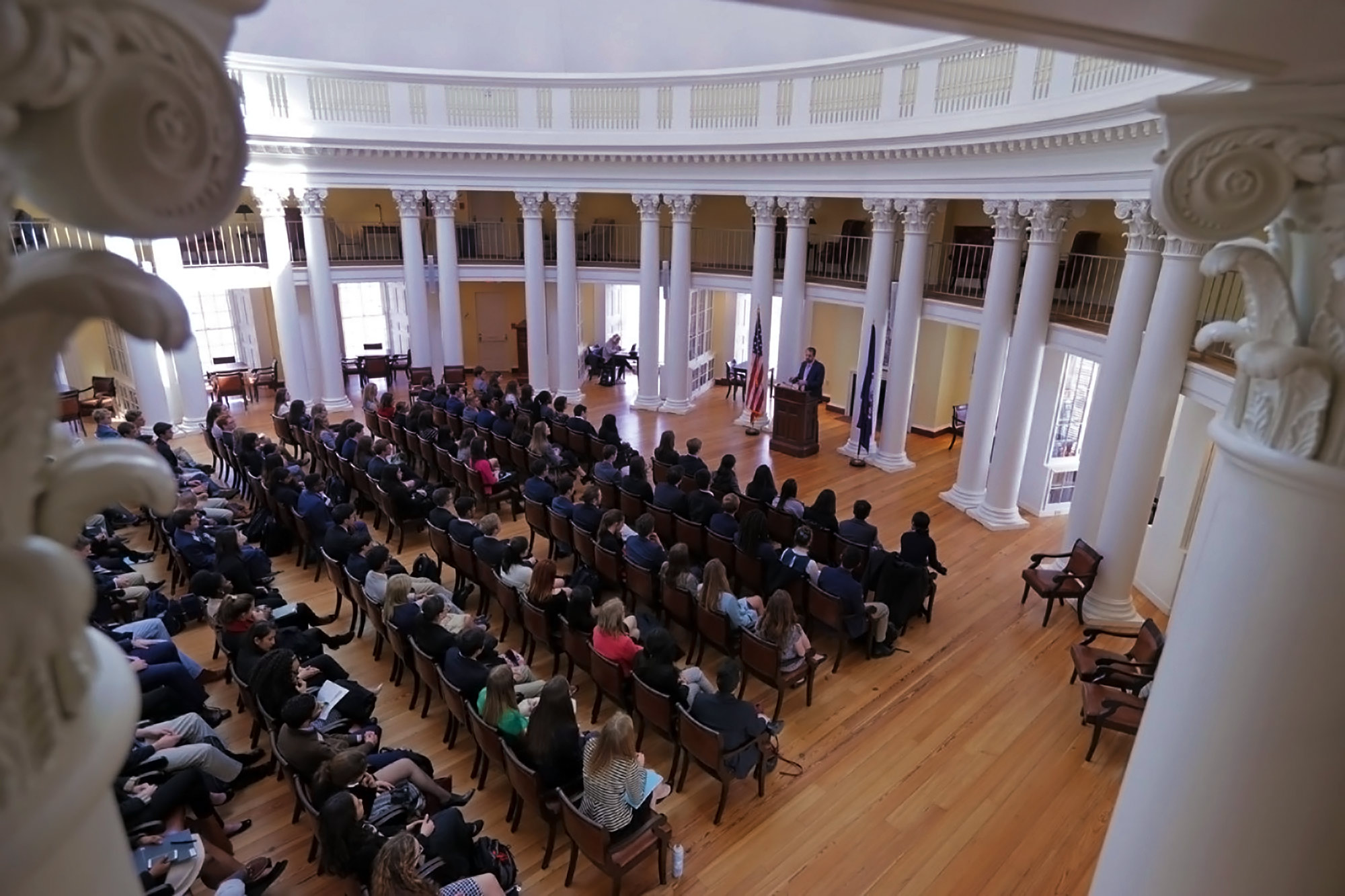 “The 36 individuals who were awarded Jefferson Scholarships this year emerged from the most competitive selection process in the foundation’s history,” said Jimmy Wright, president of the Jefferson Scholars Foundation. “We extended invitations to 4,567 secondary schools requesting nominations, and received 2,005 in total – a record high.”

Once nominated by their high schools, scholarship candidates undergo a rigorous, multi-stage selection process. First, they are evaluated and interviewed by UVA alumni, who determine which nominees will move forward and attend the Jefferson Scholars Selection Weekend, a four-day competition in Charlottesville.

This year, 120 finalists were invited to Grounds to compete in the final stage of the selection process. They participated in a seminar discussion, an essay and mathematics examination, and a final round of interviews led by UVA alumni. Nearly 1,000 alumni took part in the selection process.

The incoming Jefferson Scholars represent 21 states and one foreign country and boast an impressive record of leadership inside and outside the classroom. They have held leadership positions in student government, athletics, music, journalism, theater and competitive debate, among other activities. In addition, they have been actively involved in community-based initiatives, founded new organizations and been exemplary students in the classroom.

Next year they will join the 103 Jefferson Scholars currently on Grounds.

A Year We Will Never Forget: 2019-20 in Review END_OF_DOCUMENT_TOKEN_TO_BE_REPLACED

‘What Will You Carry With You?’ Remarks From UVA President Jim Ryan END_OF_DOCUMENT_TOKEN_TO_BE_REPLACED